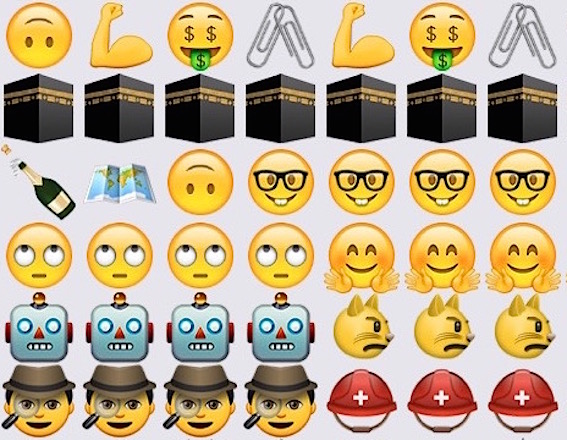 A Call For Grand Emojis

We all know what emoticons and emojis are, they are the cute little images that are part of operating systems and social media, a succinct way of expressing a feeling or reaction, or strung together, symbols that can be typed or selected with a few taps or keystrokes to say something with a visual, symbolic shorthand.

The difference between the two, in case you didn’t know, is that emoticons (commonly called smilies, even when they are frowning) are a stylized face expressing a particular emotion, a colon and a opening-bracket translating to an image of sad face, 🙁 a semi-colon and close-bracket a winking face 😉 with numerous variations, based on the original “have a good day” decal from the 1960s.

Emojis are a little different, they include emoticons, but also a range of simplified, and often comic images that can be used to say something, their meaning most often dependent on context. The quite famous smiling poop emoji began life as a happy chocolate ice-cream emoji. It was almost instantaneously ascribed a crude but amusing meaning, opening up a whole range of formerly inexpressible statements. 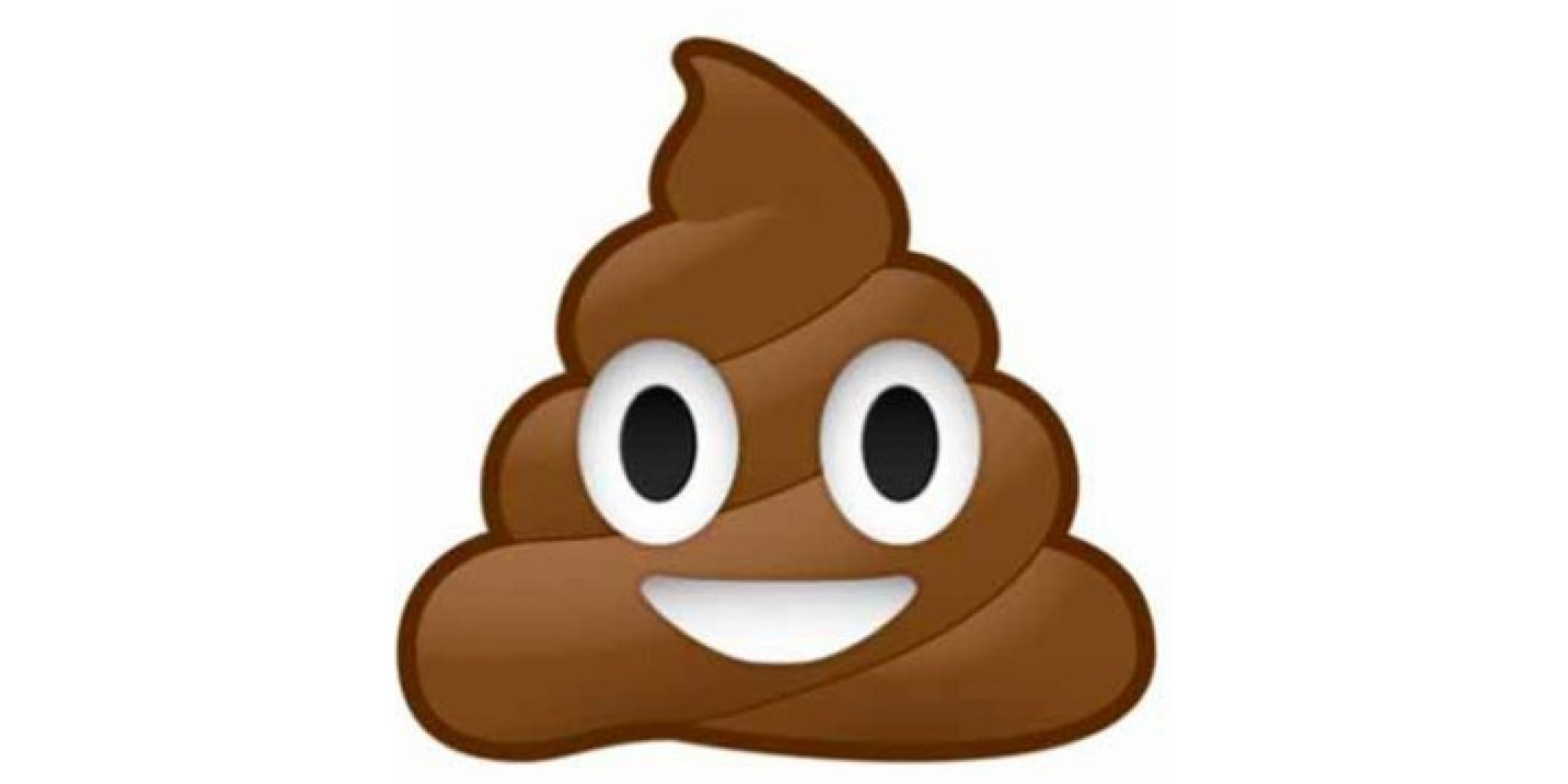 While it’s easy to see how this interpretation occurred, the meaning of the following series is clearly not about a teddy bear’s picnic, but a classic rhetorical question expressing a statement of the obvious.

Previously there had been no vulgar emojis, but the re-interpretation of an anthropomorphic chocolate ice-cream as a jolly poop seems to have opened the field of discourse. With the release of iOS 9.1 on iPhones and iPads, Apple has included the following; the central device, a gesture which for the most part is still pixelated when shown on US network television.

The ability to now say, “Attention, FU, I’m busy doing my nails” and similar expressions of disdain in a brief string of symbols will no doubt leave some people

however, if you have something important to say, even with the interesting selection of new emojis, you won’t be enjoying chocolate ice-cream in Ireland, as the saying goes.

We can perhaps trace the recent origins of emojis to symbols added to surreptitiously passed classroom notes, hearts, crosses and little faces, in many ways part of a juvenile, secret language, perhaps expressing amusement and tentative passions in equal measure. Further back such symbols predate written language. A few swift lines on a cave wall represented a bison, a hunter, a bird. 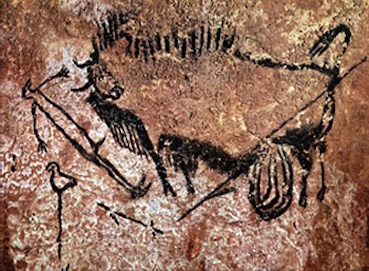 As the spoken meaning of the character became predominant, so its symbolic meaning became irrelevant or nonsensical. We hardly recognize the animal in the aleph α, but it remains inherent, open to a range of interpretations and modifications, irregardless of how phonetic or linguistic meaning changes. A horned circle can always be a face, a creature, an animal. This is of course even more plain in the languages of China and Japan, and we can see how the symbol, the pictograph became the character in the following progression.

How complex, but how elegant, how much more than mere amusement is expressed in a symbolic language where meaning is constantly changing with context. Thus, while emojis lend themselves to a complex, subtle and changeable expression, the comic book style of emoji restricts that expression in the domain of the juvenile, the amusing, the ridiculous. Sometimes feelings are large, grand, profound, and the comic style emoji is a much too small a thing. What is needed is a set of Grand Emojis, capable of a poetics of the symbol, of grand complex, profound emotions, statements and meanings, rather than the merely trivial.

For amusement then, but also contemplation.

One can now express raging anger at the destruction to nature caused by war.

Or, from unutterable sadness, innocence and love bring peace.

Or, the inevitable disappointment at the audacity of hoping that more than three people will share this article.

On a somewhat controversial note, Apple’s new emoji set includes an image of The Kaaba (see the image at the top), the black cube-like building at the centre of the Al-Masjid al-Haram Mosque in Mecca, built around the sacred black stone, a meteorite that Muslims believe was placed by Abraham and Ishmael in the building, a symbol of God’s covenant with Abraham and Ishmael and, by extension, with every Muslim. Given how serious the depiction of images, especially of holy images, is taken in Islam, the addition of the Kaaba in this somewhat trivialized form could prove to be of some concern. There is indeed, power in symbols, perhaps that explains why the language of the emoji is one of simplicity and amusement; it is the symbol used to disarm not inflame.

And if that is all a little too difficult, too serious, then look; there’s a robot head, a turkey, a lion face, a grumpy kitty and a Spock hand. 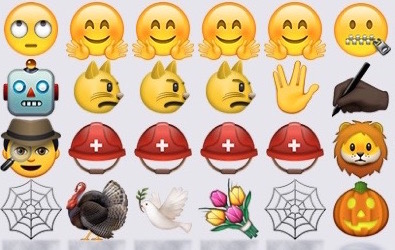