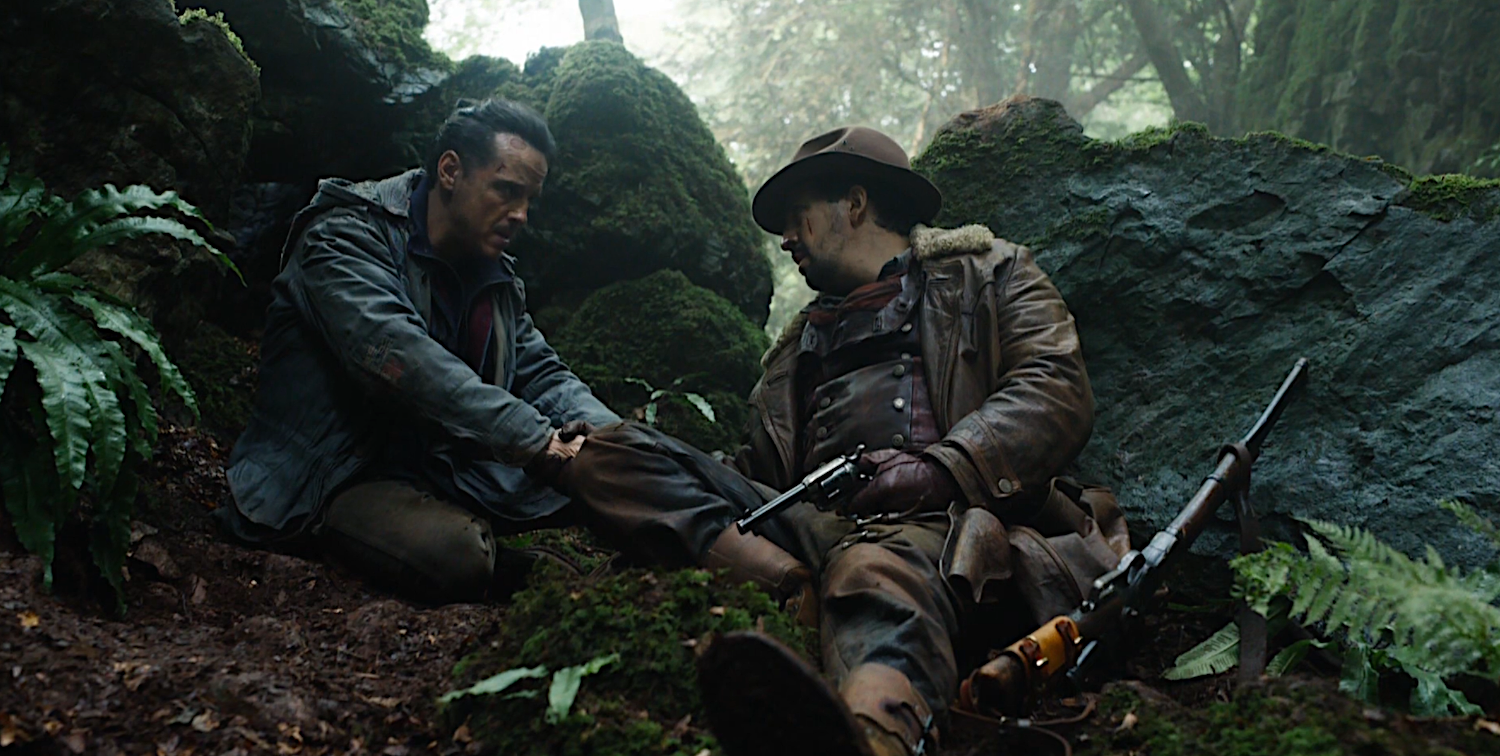 Episode spoilers and full book spoilers for The Subtle Knife.

The crew behind His Dark Materials have always been very open with viewers about production on the television series. During season one fans were told on various occasions how budget constraints meant scenes couldn’t be executed as desired, that lack of budget meant a lack of dæmons on screen, and even CGI issues, such as Kaisa’s snow goose form looking too comical when talking, were discussed. The boost in budget for season two had an immediate impact, the sudden surge in the presence of dæmons on-screen was a little surprising after the dearth in the first season. However, it didn’t take long to become used to seeing everyone’s dæmons. After the first episode I thought about it only once, when Pan was physically involved in Will’s fight for the knife, and thought that ‘this’ was perfect, just as it should be. In fact, I have found most of the second season exceeded all of my expectations. Season one’s shortcomings were obviously affected by budget. But clearly the vision has always been there, and, unlike so many other adaptations, the His Dark Materials crew respect both the text and the author.

Mrs. Coulter’s final despicable act for the season, killing, or zombifying, two witches in cold blood and kidnapping her daughter, brings us back to ‘Marisa as Mother’. Her fury at her dæmon, striking out at him when he questions her wanting to find Lyra, and snarling “If you’re against me, you’re against Lyra.” This is an interesting show of division that is initiated by the Golden Monkey rather than Mrs. Coulter. We know that she deems him, and all dæmons, responsible for ‘sin’, but prior to meeting Lyra entering her teen years, Marisa Coulter had nothing to do with her daughter. It has always been a case of ‘too little too late’ when it comes to Mrs. Coulter’s attempts at maternal care. The writers have taken care to build a previously uncaring Mrs. Coulter’s motivation over season two. One of the particular instances was Mrs. Coulter watching a woman sitting alone at a cafe, rocking her pram, with Mrs. Coulter clearly wondering what life would have been like if she were allowed to keep her daughter. Her murder of Boreal was partly motivated by his keeping Lyra’s presence in Will’s Oxford a secret from her. And her final attack on Lena Feldt, where she cries “She is my daughter” in a strangled voice demonstrates that she truly resents not being able to be a part of Lyra’s life.

This does not mean she is a good mother, of course. When we think back to instances where Mrs. Coulter has tried to ‘mother’ Lyra, we recall lines such as “I can teach you to wield power over all of them, but you must let me mould you.” from The Idea of the North, or promising to teach Lyra to use ‘power’ in The Scholar, when another maternal figure, Mary, promises to help Lyra, not teach her how to ‘wield power’. Unsurprisingly they removed Mrs. Coulter’s original line from The Subtle Knife; “Why, I shall have to destroy her, to prevent another Fall . . . . ”, uttered just after the murder of Boreal and the Spectre attack on Lena Feldt. It doesn’t fit with this Mrs. Coulter. In fact her maternal turn in the books was always a little surprising, even to herself. All of the new stories we have seen Mrs. Coulter involved in over season two come together neatly in the final episode. We have learned that she was abused by her parents, stifled and restrained by the church, outcast and judged for her affair with Asriel, denied a proper career in scholarship, and denied a relationship with her daughter. Although in the books, as in the series, she hadn’t sought a relationship with Lyra in her childhood years. It is just that Mrs. Coulter wants to be a mother now. So after she wreaks all of the havoc she can, she now turns to Lyra. Ruth Wilson’s particular dedication to the character’s appearance is seen here again, choosing to wear her hair loose and curled with her smart safari suit, to match Lyra’s loose curls, forcing us to consider the resemblance between them. Here, Mrs. Coulter is questioning, in her mind, how Lyra could deny her when it is so obvious they are alike, no matter how much Lyra protests. And then, when she successfully kidnaps and drugs her daughter, she gazes upon her with a tenderness so touching, you almost feel pity for her. Almost. 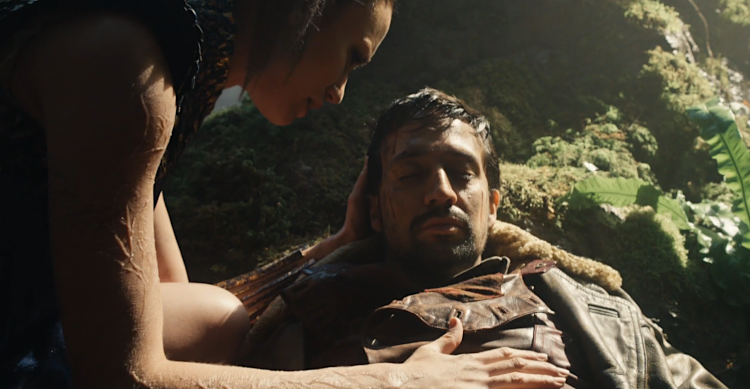 The witches themselves suffer heavy losses this episode, with both Lena Feldt and Reina Miti falling victim to the Spectres, and Serafina failing to reach Lee Scoresby in time. She was not, as I have seen mentioned, trying to revive him after she reaches him, but placing a spell on his body so it wouldn’t be interfered with by carrion feeders. This moment between them was gently done, and heartfelt, and it gave viewers a chance to see Lee mourned. 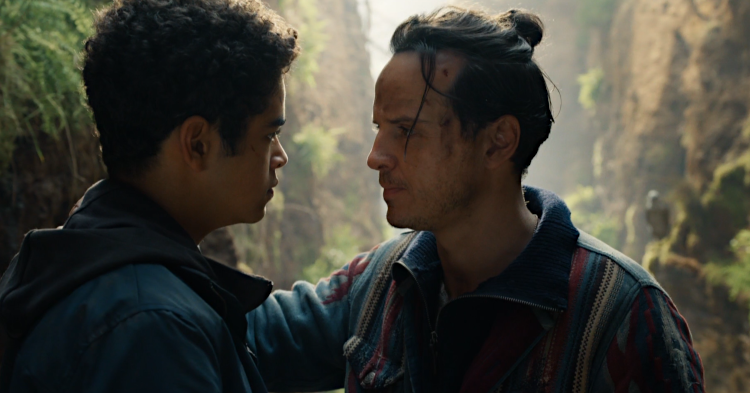 Jack Thorne said this episode was ‘very upsetting’ to write, and indeed, between Malice and Æsahættr there has been several major deaths, and Lee and Jopari’s partnership comes to a tragic end. Lee Scoresby’s death was captured perfectly, and it was deeply sad, retaining Hester’s last moment on earth “We’re a helping Lyra.”. Leaving the last Magisterium soldier to stalk Jopari was an interesting addition. It gave Lee and Jopari a final connection, with both men dying to protect their children against the Magisterium. I enjoyed Jopari’s and Will’s single and final meeting much more than what they were afforded in the books. Mythology doesn’t always play out on screen well, and to have Jopari slain by Juta Kamainen just after he realises Will is his son simply would not have been satisfying. Juta Kamainen is the witch whose love was rejected by Jopari, so she put an arrow through his heart. Again these scenes play out fine in mythological text, but it would simply have not fit in this text, particularly with Will’s violent reaction, and the idea of the ‘woman scorned’. We also know that Will knows what his father looks like. So allowing Will and Jopari the time to connect and give Will a sliver of hope that they will go home together when all is said and done is even more tragic as his senseless death in the book. Jopari dying battling the Magisterium and the Authority, protecting both the Bearer and his son, was a fitting ending for the character. 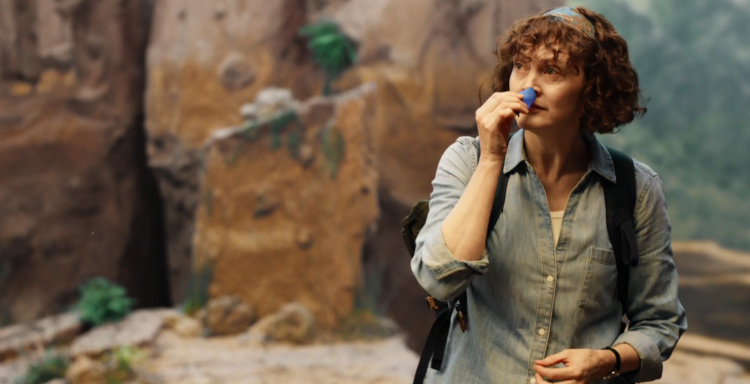 Against all of these tumultuous events we have Mary Malone, serene and thoughtful, continuing towards her quest after stopping to rescue a couple of children along the way. I wasn’t sure where they were going with her taking Angelica and Paola into the mountains, but she merely dropped them off at their adults’ camp and went on her way, following a trail of blue flowers. Simone Kirby continues to capture everything that we love about Mary, her faith in children, her unflappable calm when given instructions by a supernatural being, her scrupulous approach to her quest, packing supplies as if she is going on a weekend hike, her mixture of scientific curiosity and genuine delight as she makes her way through a new world and into the mountains. She is the perfect balance between a nurturing adult, a meticulous scholar and a faithful acolyte. 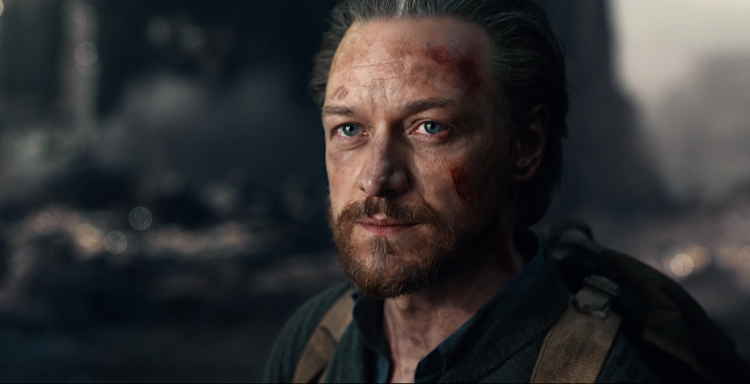 This was, for all of its tragic events, a sort of gentle, quiet episode. As Lorne Balfe’s heart wrenching score plays over the final moments, we hear Asriel’s voice. Will, his fingers now healed by his father, picks up Jopari’s coat and slips it on, assuming a great burden he never sought. Iorek Byrnison watches in consternation as the his icy home continues to melt and crumble. And Mary continues to follow her trail of blue flowers, all wonder and joy as she reaches a waterfall. There is real humanity in Asriel’s next words “My fight is with the Authority… and those doling out cruelties in his name… those who seek to divide in order to control… and who have built worlds founded on privilege and divine right rather than care and need.” The words “care and need” wash over Mrs. Coulter, staring at the trunk she has trapped her daughter in. “I fight for freedom of knowledge”, says Asriel, as we see Cardinal MacPhail’s profile come into view, making his way to assassinate Lyra. Asriel continues “and in place of deceit, intolerance and prejudice… I fight for the possibilities of understanding, truth and acceptance. But I cannot win these things alone.” Asriel is unsurprised when he summons Angels, he is merely satisfied, and immediately gives them orders to prepare for war, in his usual commanding manner. The post-credits scene shows Roger in the underworld calling for Lyra, completing a full-circle from when Roger called out for Lyra in the first episode of the season, a glimpse of where or young heroine is heading.

Asriel’s scene was (presumably) taken from a stand-alone episode created for Asriel to show viewers what had been happening in his story, something that was absent from the books, and was written for the screen with Pullman’s consent and input. Jane Tranter has said she hopes they will be able to shoot it for season three. Tranter said that there will not be two seasons for Amber Spyglass, and that is is fitting into one season nicely so far. I can’t help but be a little disappointed at that. We will get nine episodes if Asriel’s episode is filmed, I hope we can get ten. But wrapping up now, season two has revealed what the crew are capable of. The writing was even better this season, showing a real reverence for both the author and the original text, and retaining the spirit of the books, while giving us even more insight into the adult characters. One could ask for little else. 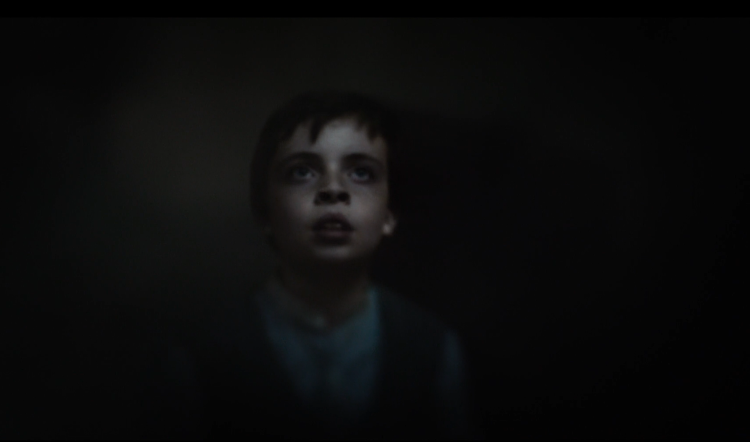