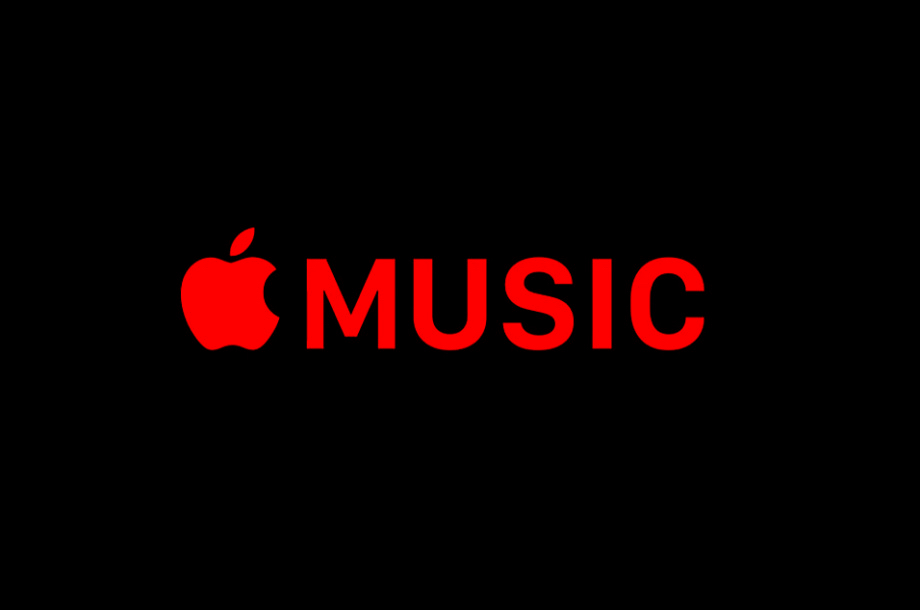 Never. Don’t get me wrong. I don’t have a particular prejudice against Apple, other than their corporate practices of not paying taxes and deliberately using software as a way of creating artificially designed redeundancy, both of which seem to be greed oriented practices from Apple’s corporate dark side.

I’ve been using Apple computers since they were a small happy box like a plastic fish tank with a floppy drive and a square mouse. I’ve always been a fan of the quality of their production, and their usually glitch free operating systems and human orientated interface. In fact I’m writing this on an iPad directly on the Nerdalicious WordPress interface online right now. So I’m not just a fan, but a big fan.

So late last year when I saw Apple advertising an Apple Music trial for 99c a month for three months, and that coincided with the release of some albums, which I though I could preview with an online music streaming service, before buying the vinyl, I thought, why not?

I already had a big collection of albums on my MacBook Pro, I had been loading CDs onto my computer and syncing it to my iPhone since before ITunes was invented, so I had 4000 plus songs on my iPhone. Still, when I started getting into it, I admit, I was like a pig in clover. Downloading all sorts of albums that I used to have and lost and wanted to hear again, new release albums I was looking forward to, fantastic curated playlists, rare and obscure bands that were impossible to find on CD or vinyl, and streaming them from my iPhone to the home or car stereo.

However, an issue started almost immediately. Apple Music insisted on streaming music from the cloud, even when I had the album stored on my iPhone, which, when I was out travelling and connected by the phone’s 4G rather than WifFi, quickly started sucking up gigs and draining my phone account.

In fact, this was the main reason I cancelled when the trial period ended. Just on general principles, if I have an album I own in my collection on my phone, I want to play it from my phone, not be dependent on an internet WiFi or 4G connection.

It was when I cancelled that the real problems began. Albums that I had for 20 years, I could no longer play. They now belonged to Apple Music. Songs that appeared on playlists that I had played from Apple Music, were now greyed out on my phone, even when they were a part of an album I loaded from CD to computer then synced to phone. I never even used Apple Music on my computer, only on my phone, yet my computer was now full of Apple Music albums and playlists that didn’t disappear when I cancelled the service, and that, like some alien virus, assimilated my music collection.

I contacted Apple about trying to fix this situation. They acted mightily susrprised. Though a little research showed I was far from being the only one that lost albums to Apple Music. After hours online with Apple Customer Service, in which I gave them remote access to both computer and iPhone to try to find a solution, despite rifling through my settings, the problem persisted. Apple owned huge swathes of my music collection and wouldn’t let me play it.

Their next suggestion was deleting my entire music collection from my phone, then resyncing. OK. Likely to take a while, but if it works, great. However. In fact, a really, really big HOWEVER. Now there was not enough room on my iPhone to sync my iTunes music library. How is that even possible? I compared it to when you go on holiday, unpack your suitcase, then when it is time to go home, you can never fit everything back in your suitcase again. You have to put some stuff in shopping bags, or buy a bigger suitcase.

Apple’s next suggestion was deleting albums from the iTunes music library on my computer. Having lost many CDs over the years, this seemed like a poor solution. Apple assured me that I only needed to delete a few gigs, and my music would fit in my suitcase again, and that as there was a record in my iTunes of those albums, if I just removed the stored version, I would still be able to listen to them by streaming.

Apple, I don’t want to use your streaming service. I want my albums back, I want to play them from my phone to my stereo by Bluetooth or Airplay without having to download them from the internet.

I went on a holiday with Apple Music, and they robbed me of 20 years of carefully collected albums. And the ones I still have don’t fit in my suitcase properly.

I’ve since discovered that if I go through and find all the Apple Music playlists and albums I played and delete them, this makes room for my albums. However, wherever an Apple Music song or Album is the same as one I previously owned, Apple now claims ownership of that album and won’t let me play it. And if I go through my iTunes, pick out greyed out songs one at a time, and sync them to my iPhone, then they load. A process that promises to involve hundreds of hours of work.

Of course I could just spend $1000 on getting a bigger capacity phone. Though whether that will solve any or all of the issues, and whether that would be an Apple product, are questions that still remain unanswered.

Of course, if you have no music to start with on your devices for Apple to interfere with, and don’t mind having to stream everything from the cloud, it’s probably a good service. For everyone else, I have one thing to say. Never. 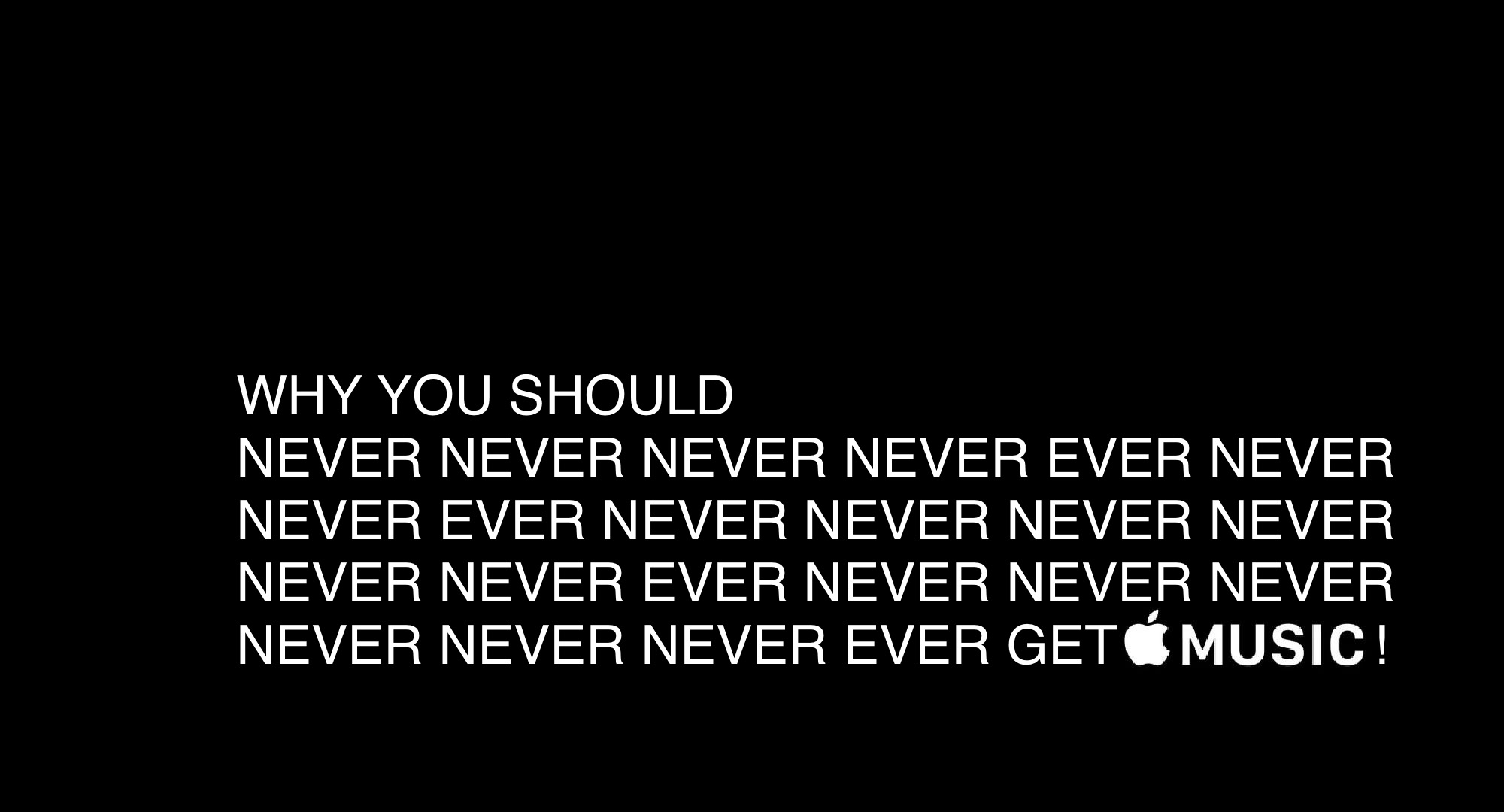