With the overwhelming change to a more permissive society in the late 1960s, the idea of a Temperance Society seems to have gone from the sublime to the ridiculous, formerly it conjured up an image of a dour faced Victorian suffragette grimly beating out a dirge on a tambourine, or perhaps the couple from the painting American Gothic – behind that primly painted barn you can easily imagine a tangle of chains and hooks, for a Stephen Kingish scourging in honour of some grim god of corn sheafs and strangled chickens, perhaps a ducking stool but certainly no demon drink. 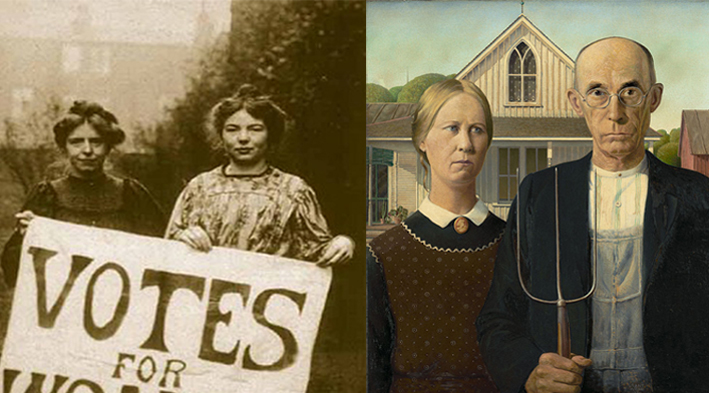 Now it invokes images of shame-faced groups of huddled anonymites confessing their tawdry failures in 12 steps, or else million dollar spires of glass and parquetry populated by keen young red faced acolytes in white robes pledging a disturbingly fetishized purity and abstemiousness both to a Disney-like version of deity, or even crammed hordes of tattooed young men in a ruck of aggression and sweat thrashing out anger and simmering hormones to straight edge metal music. Back in the late 50s and early 60s, the Australian Temperance Society presented a very different vision of joyful, civilized living through sobriety in their magazine, Alert.

Temperance societies bloomed around the world from the early 19th century, mostly influenced by Christian values, and also by the values of ancient Greek writers and philosophers such as Plato and Xenophon, who recommended “moderation in all things healthful; total abstinence from all things harmful.”  They not only rallied against the evils of alcohol, tobacco and other intoxicants, but also against slavery, in support of equality, women’s and labour rights. 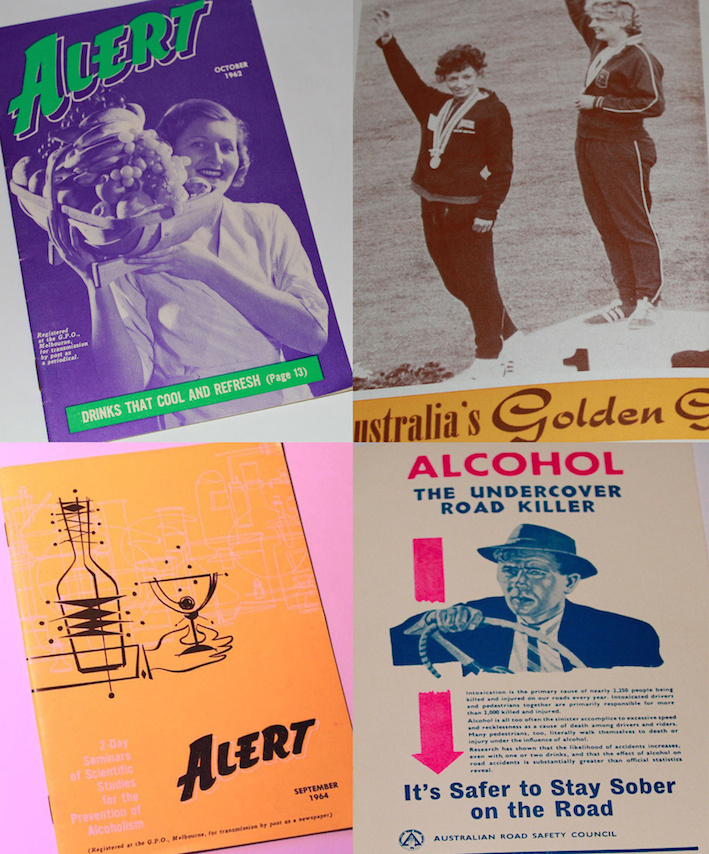 By the mid 20th century, while social activism perhaps still informed the approach of the worldwide network of Temperance Societies, the focus seems to have narrowed to ones of health and abstinence, or at least moderation, and calls to greater regulation. The Australian Temperance Society’s approach, as expressed through Alert seems tried and true, an eminently sensible one. There are some calls to faith, some odd articles about angels at your side (Alert is afterall published by the Seventh Day Adventist owned Signs Publishing), some venerable discussions on turning over a new leaf by 19th century reformer Margaret Elizabeth Sangster, but primarily it seems to be based on the appeal of sporting idols and popular entertainers, and the social effects, and scientific accounts of health consequences from US and German experts with impressive sounding names. 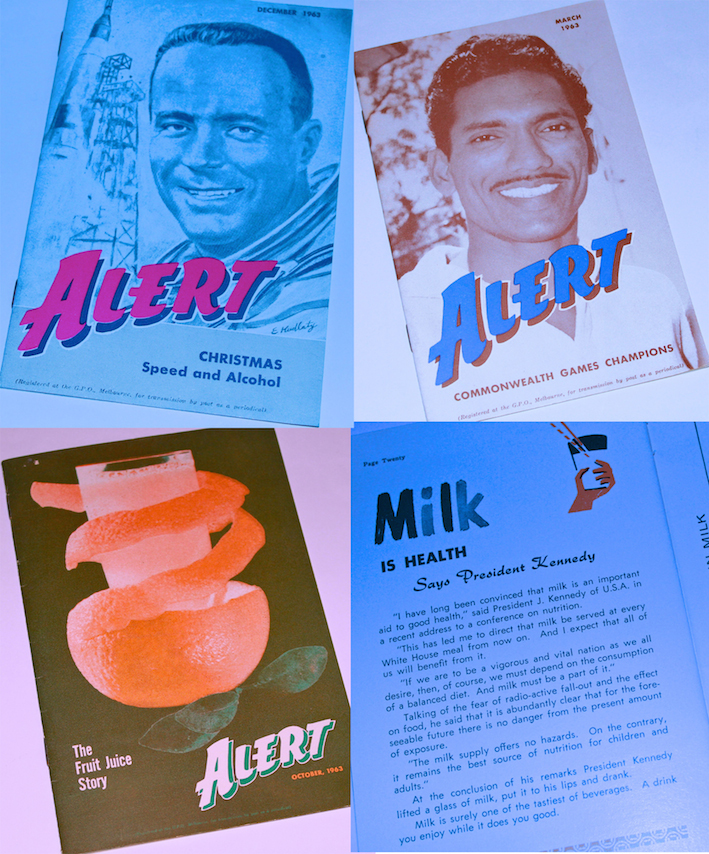 Thus alongside interviews with popular singer Jimmy Little, TV quiz show personality (and later eminent Labor politician) Barry Jones, and surfing champ and board maker, Ray Woosley, there are profiles and quotes from Olympic golden girl Betty Cuthbert, and Kenyan Commonwealth champion Seraphino Antao, cricketing legends and teen beauty queens, even space heroes like US astronaut Scott Carpenter, that all eschew drink and smoke. Amongst lifestyle articles recommending milk or fruit juice, photos of fresh faced girls and hopefu,l clean cut young men, there are also scientific discussions from Professor W A Scharffenberg, editorials by eminent personages, premiers, generals and governors, accompanied by occasionally kooky diagrams, more grimly, discussing the deadly effects on health, the deadlier effect of drunk drivers; images of car crashes, test tubes and skulls, and even a startling comparison that finds the effects of alcohol worse than those of nuclear fall out.

Despite the occasional memento mori, the whole approach is generally lively and cheerful with sometimes an attempt at a humorous cartoon. Gorgeously kitschy to us, but catchy to the magazine’s contemporary audience, is the use of some very old symbolic imagery, beside modern graphic design. 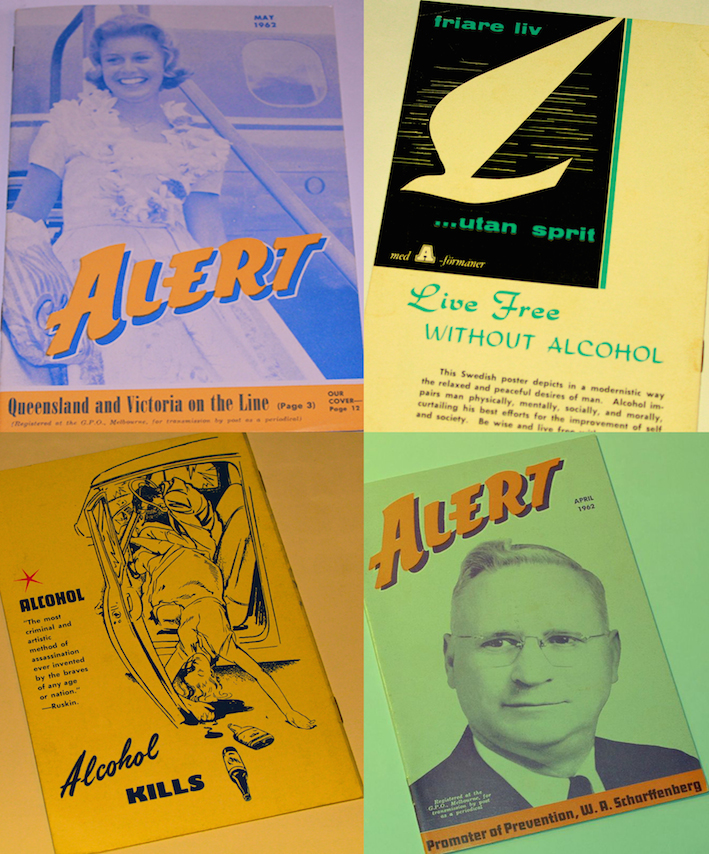 A browse through old copies of Alert affords a fascinating glimpse into a different mindset, a different paradigm with different certainties and different struggles, and seemingly not a drop of the sick righteous cynicism we see in today’s conservatives. That’s because there seems to be a fundamental belief in humanity in the temperance movement. If you think these people are conservative wowsers because they are Christian abstainers, you are mistaken. Seeking a better life, justice, meaning, health and affirmation, they are clearly, like their forebears, progressive humanists, people looking to the future. Today we have both conservative and liberal rationalists, their fundamental mistake, seeing numbers where they should see people. 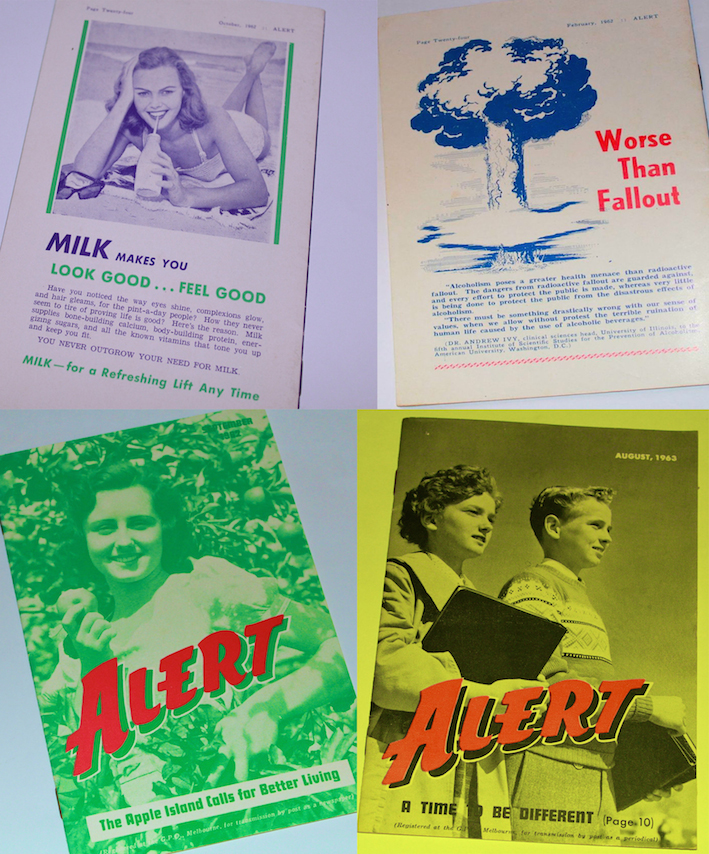 In a world where the clamour for hedonism has seen the commercialization of indulgence, the proliferation and commodification of all forms of intoxication, a temperance movement is hardly possible. Don’t get me wrong, while I rarely drink, I am certainly neither religious nor a wowser. Actually I’m quite inebriated just on air and sunshine, contemplation and growing things. And I’m also more likely to smash idols than praise them. Alert is no longer in print, it probably went out of print in the late 60s around the same time restrictions on alcohol service times ended. You may see a copy in an op shop, or at a church fete, or an odd book shop. Pick it up, send it to your member of parliament. Because it isn’t about religion, or purity or abstinence. It’s a reminder that the pursuit of pleasure does not necessarily equate with happiness, that happiness comes from life, not products, and that life is people. They probably won’t, but they might just get it. 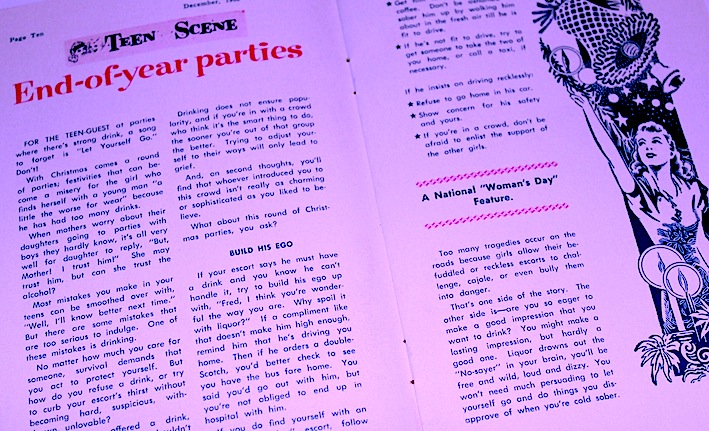