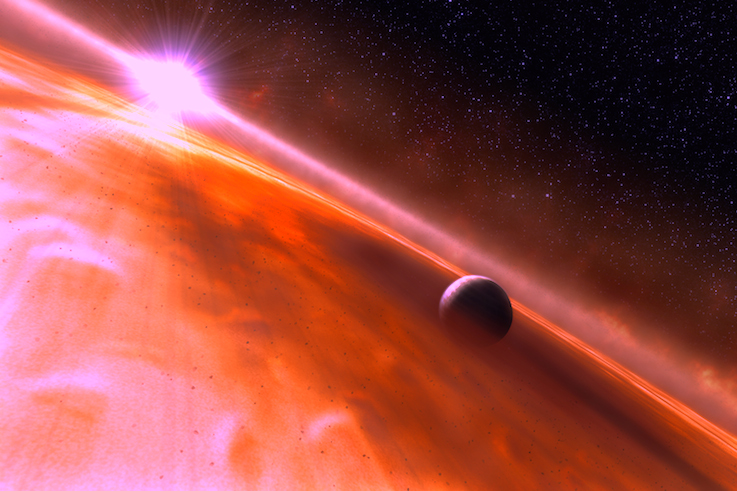 C S Hughes
Science
July 13, 2014
IT’Soften said truth is stranger than fiction. And it’s marvelous strange when fiction becomes truth. The International Astronomical Union is giving us the opportunity to bring our favourite imaginary worlds one step closer to reality by holding a competition to name previously discovered exo-planets, that is far distant planets outside our solar system.

Usually naming distant stars and their accompanying planets is a task undertaken by a committee of the IAU, often with less than poetic results. Denis-P J082303.1491201b does not exactly inspire visions of sparkling unearthly towers and the big-eyed, slightly bluish elegant, wise and inscrutable beings perhaps dwelling therein. Of course the task of cataloging and naming stellar bodies, given the advances in astronomy over the past 100 years, is a massive one, and the opportunity to do so creatively is undoubtedly stymied by the sheer weight of numbers.

Now from a group of some 305 extrasolar planets discovered over the past 100 years or so, the public will have the opportunity to select names for 30 planets. Astronomical clubs, societies and related non-profit organizations have been called on to put forward names for the 305 stars and their planetary bodies, and the most popular names will be voted on the NameExoWorlds website  in a public poll in March next year. Names can’t be of living persons, pets or anything controversial or divisive.

We can undoubtedly expect Gallifrey, Vulcan and Tatooine to be high on the list. Their will be a robust if somewhat tongue-twisting cry for Qo’noS from the Klingons. Pandora and Arrakis may get some support. Tralfamadore, Ork, Melmac and Frolix 8 perhaps less likely. I will absolutely vote for Narnia, Discworld (somewhat ironically), Albemuth or Asimov. Hopefully there are rules to exclude commercial names; companies and ad-types undoubtedly see the potential as a product placement and marketing opportunity, and are busily sponsoring stargazing clubs to try to get legitimate votes for Planet Coca-Cola, for example. They should probably think that through, because inhabitants of Coca-Cola would be Coca-Colans, which sounds like a really dubious practice whose details I leave to your imagination.

That aside, there’s something very comforting about imagining that there will be an actual Gallifrey, Vulcan or Tatooine out there.