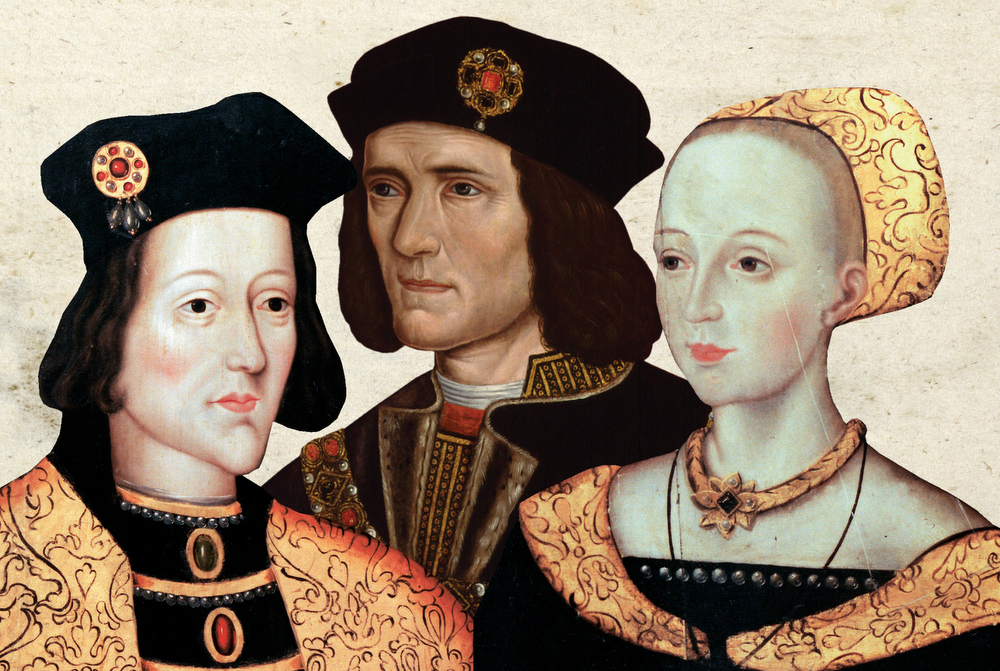 The Family of Richard III with Michael Hicks 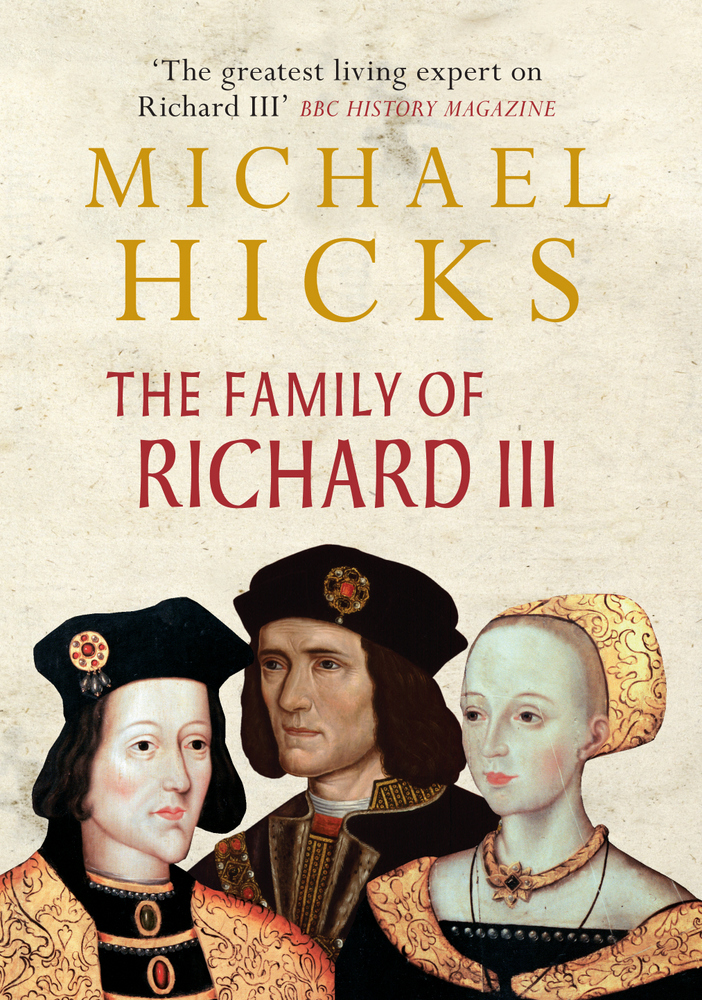 Throughout his long career Emeritus Professor Michael Hicks has examined various historical figures of the fractious period of the Wars of the Roses; from the controversial King Richard III to more elusive figures such as Queen Anne Neville, King Edward V and the much-neglected George Duke of Clarence.  In his latest book, The Family of Richard III, Michael offers a fresh insight into Richard’s life by placing him in the context of his family; examining the concept of a medieval royal family and their place in politics, their ancestors, descendants and the lamentable internal destruction of the house of York.

King Richard III has not only had one afterlife, he has been the focus of an unprecedented archaeological discovery that is creating an entirely new one.  Michael joins us to discuss the real impact of science on historical research and the posthumous life of King Richard III.

You have written a great deal about Richard III and his family, what was your main concern when you approached your new book?

There is no point in writing a historical book that merely repeats what is already known. Past experience has shown me that a different approach can stimulate new insights. Writing about Edward V and Anne Neville has added significant new understandings to my appreciation of Richard III. Similarly examining Richard in the context of his family – his families – places him in other contexts and against a set of contemporary standards and expectations. I have done this before, with reference to the Nevilles and the Wydevilles: this book explores this approach on a large scale. The bones of Richard III issue came along later. The result, I think has produced new insights that I shall explore further in the future.

Focusing on your closing chapter, I was interested in your comments on conclusions being drawn about Richard III’s character based on scientific research made since his remains were discovered and that “historians will have to engage with scientists on the deductions to be drawn from such evidence”. Do you think there has been a shift in perception in regards to what science can really teach us about a historical figure?

Historians know that all their sources are imperfect and need to be subjected to appraisal from many different directions – date of composition, authorship, bias, function etc. etc. All sources are biased and much of the work of the historian is to identify these biases and to make appropriate allowances for it.

The scientists have not operated by making suggestions or claims as historians do but in terms of absolute pronouncements – this evidence proves with 99.999% the desired result. They have been backed by the authority of Leicester University and other expert institutions. A range of scientists have contributed their expertise in their own area. Such suggestions, claims and pronouncements need to be understood by historians if they are to be subjected to proper historical appraisal. Fortunately the scientists in this instance have explained the science very lucidly to non-scientific audiences.

Clearly archaeology and other sciences can add to the sum of information in certain areas. Can they add anything useful? The information about Richard III’s battlefield injuries is of minimal interest to historians who already know he was killed in battle. Investigations on the site of the battle of Bosworth have not altered the result of the battle or explain that result. The forte of archaeology is not events or individuals: it contributes better to processes, such as social conditions, structures, and landscape (e.g. Deserted Medieval Villages). 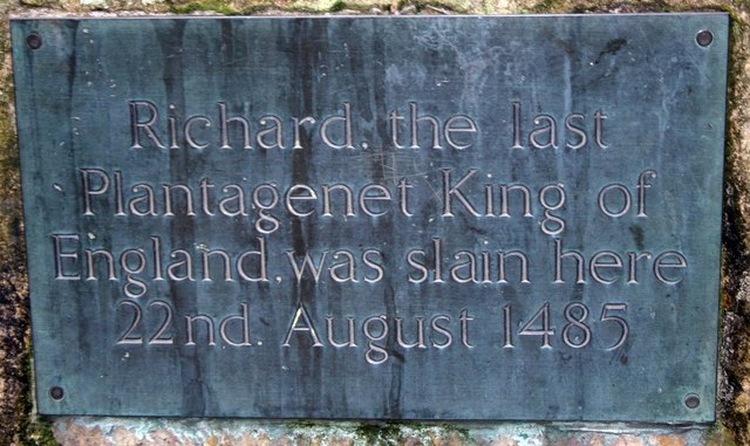 So while science can teach us about certain physical aspects and social conditions, can it really lend us much insight into a particular historical figure’s character?

We are really talking here about evidence from the skeleton, not – for instance – a brain scan or psychological assessment. How much would we expect to discover about the charm, honesty, sexual proclivities, or psychopathic tendencies from the skeleton or even the whole body of anyone alive today? Would such evidence be entertained in a court of law? Of course not. For the past even the physical evidence is likely to be incomplete. Of course science may progress, but to me at present the answer is No. The raw information we have, that Richard III was short, weedy and ate loads of fish, offers scope for speculation and even deduction. I doubt whether his bones will ever offer much insight to his non-material personality.

Historians have to work from the imperfect evidence that has percolated down to us and underpins interpretations that can be undermined by new sources. Historians spend a lot of time looking for these extra sources or for new perspectives that make better sense of the data. Science has raised the bar. It has claimed that certainty is attainable and that the scientific findings are absolute. I have applied this higher standard to science and found it wanting.

On the one hand I accept this higher standard and demand the highest level of certainty: all the tests must agree. They don’t all agree.

On the other hand, I point out how imperfect the evidence is that is being analysed and that even the probabilities cited leave room for doubt.

We are not sure that Richard’s body was left undisturbed in the priory; we don’t know with any precision the dates of the bones; we don’t know who else with this DNA was buried here. Between 1455 and 1540 lots of Richard’s relatives sharing the same mitochondrial DNA perished violently. The scientific tests were flawed because the identification of the bones with Richard III was presumed and not tested. Moreover on the corpse’s appearance the 20+% probability that the corpse was not fair and blue eyed was discounted.

Finally the injuries that the bones suffered are not compatible with those cited in the historical sources. Obviously Richard III wore a helmet: if he was not wearing one, as the wounds suggest, despatch after capture is a better scenario than death in the press of battle.

Do you think that the historical evidence indicating the remains are Richard III’s still doesn’t weigh up?

The historical evidence (documents and maps) marshalled by John Ashdown-Hill is good. There are gaps however: we don’t know the precise location of the tomb in the choir, the nature of the tomb, that the tomb was undisturbed over the five centuries from 1536 during which period the site was subject to demolition, development, and redevelopment several times.

In terms of the significant historical discoveries Leicester University claims to have made, the Y chromosome tests in the last study failed. What’s your opinion on the claims that the break in paternity is due to illegitimacy, and the subsequent media frenzy?

And obviously there are many different Y chromosomes around in this country today.

The other explanation is that there is a break in paternity – and there we really have too many options. Was the break in the Beaufort line – with Charles Somerset (d. 1526), whose body we can locate, or one of his Beaufort ancestors or their descendants, most of whom we cannot, or in the house of York? Covering all bases requires a lot of digging.

If the remains did indeed belong to Richard III, other than a confirmation he suffered from scoliosis, have we really been afforded any new insights into his life that were not already available to us from historical records?

Most of the findings – that Richard III died violently in a battle at Bosworth on a particular date and was buried at Leicester friary – was well known already.

If he suffered from scoliosis, hitherto attacked as Tudor propaganda, it strengthens the case for crediting the other allegations made about him.

Small size, slender and effeminate build contrast with his forceful and even militaristic reputation.

The implication is some sort of physical crisis early in life that needs pinpointing in time.

To find that he suffered from internal parasites and ate a lot of fish is not recorded but always likely if we thought about it, which we did not.

Do you think we are now focusing too much on the necessity of scientific testing over historical research?

As regards the potential of science, we have very little evidence to go on as yet.

The Richard III case indicates only a very limited range of possible uses. There must be more of course.

Necessity is rather a strong term. Dendrochronology and radio-carbon dating are types of scientific tests that have become essential for dating buildings. They are very expensive. All forms of scientific test, it appears at present, carry with them costs far above the normal expenses of historical research. Exhuming bones and testing them involves a great deal of bureaucracy which costs both money and time. It seems unlikely at present that such tests will ever become commonplace. Are there really scientists who want to work on anything other than the most sensational material?

There is certainly a danger that it focuses public attention on minutiae of minimal interest, such as the appearance of Richard III and his diet, and not on the issues that concern historians – what happened, why, who and how (with events), the culture that they lived through and to which they conformed – or the social conditions, economic and other changes of the time.

You said this book has intervened in your retirement, is a fascination and engagement with history ever something one can retire from or put aside?

No, it isn’t. I’ve retired from the day job: undergraduate teaching and university administration.

But historians don’t retire and indeed mature with the passing of time. Of course retirement has given me the time to pursue many avenues of research that have been shelved for years. I have never been so busy as I am now. I also expect the pleasure of working through the huge backlog of reading on other historical eras.

The Family of Richard III

The Family of Richard III by Michael Hicks

The Wars of the Roses were quarrels within the Plantagenet family, of which Richard’s dynasty, the house of York was one branch. The house of York won the first war, with Richard’s elder brother becoming king as Edward IV. In 1483, after decades of family infighting, there was a sudden violent resolution following Edward IV’s death. Richard III claimed to be his brother’s heir, the Yorkist establishment refused and shared in Richard’s destruction. With the recent discovery of Richard III’s skeleton and his reburial in Leicester Cathedral, Professor Michael Hicks, described by BBC History Magazine as ‘the greatest living expert on Richard III’ reassesses the family ties and entrails of his wayward and violent family. Many thousands of descendants of Richard survive, some more interested in their linage than others, and the book will conclude with an analysis of Richard’s DNA and his ‘family’ as it exists today.

Michael Hicks is Emeritus Professor of History at the University of Winchester & Fellow of the Royal Historical Society. He is the author of Richard III (‘A most important book… compulsive reading’ BBC HISTORY MAGAZINE), Anne Neville: Queen to Richard III (‘A masterful and poignant story’ ALISON WEIR), Warwick the Kingmaker (‘Immensely well-researched’ THE RICARDIAN) & The Prince in the Tower (‘The first time in ages that a publisher has sent me a book that I actually want to read!’ DAVID STARKEY). He is regarded by many as the leading expert on the Yorkist dynasty. He lives in Taunton. 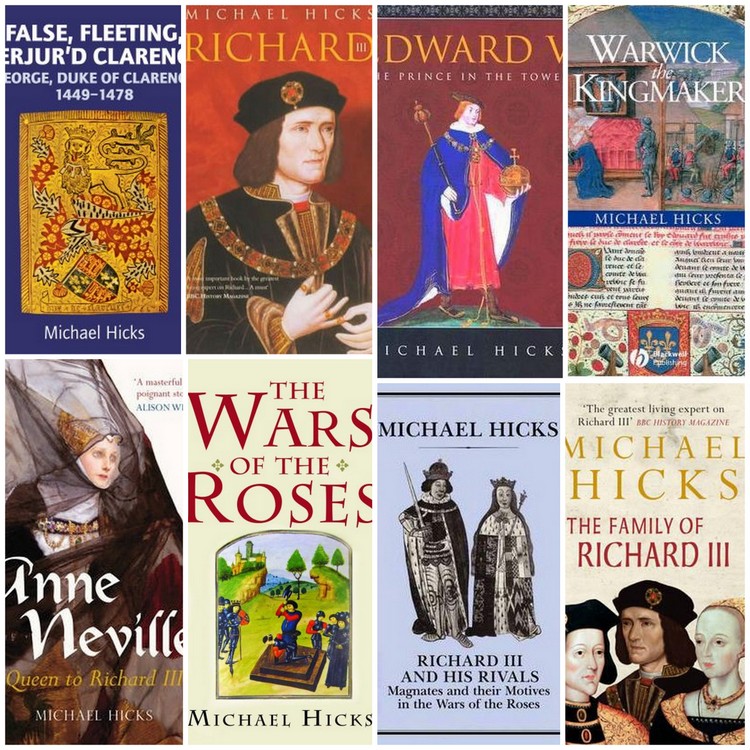