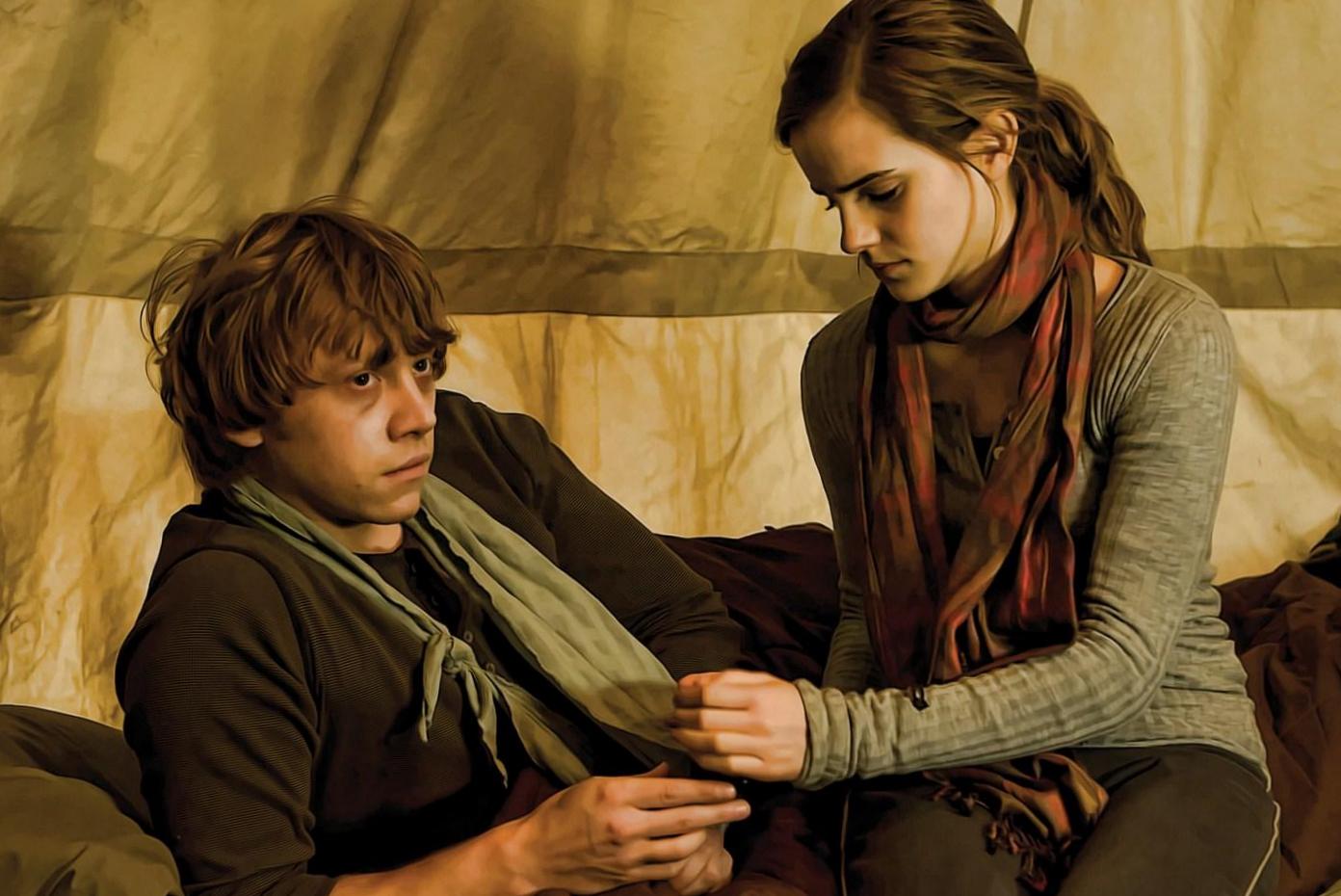 J.K. Rowling says that Ron and Hermione would have needed “relationship counselling.”

Poor old Ron Weasley. First Jo considered killing him off, now she regrets him getting the girl. In a new interview for The Sunday Times’ Wonderland conducted by Emma Watson, star of the Harry Potter film series, creator J.K. Rowling dropped a bombshell: She’s not so sure Ron and Hermione should have ended up together.

“I wrote the Hermione/Ron relationship as a form of wish fulfillment,” said Jo. “That’s how it was conceived, really. For reasons that have very little to do with literature and far more to do with me clinging to the plot as I first imagined it, Hermione ended up with Ron.”

“I know, I’m sorry,” she continued, “I can hear the rage and fury it might cause some fans, but if I’m absolutely honest, distance has given me perspective on that. It was a choice I made for very personal reasons, not for reasons of credibility. Am I breaking people’s hearts by saying this? I hope not.”

Emma didn’t seem shocked by these comments and agreed with her. “I think there are fans out there who know that too and who wonder whether Ron would have really been able to make her happy.”

Jo added that Ron and Hermione would have needed “marriage counselling.”

The Harry/Hermione/Ron debate raged for years during the book series and the news has caused fresh outrage among fans. Creating a romantic attraction between Harry and Hermione could alter the motivation of both characters, and the decisions and the sacrifices that Hermione made out of friendship, faith and courage. However Jo didn’t actually say she should have married Harry, only that she regrets clinging to the decision she made when she first started writing the books. And we needn’t be concerned about any re-writes or directors cuts as a result of Jo’s musings.

Still, I will say it again, poor old Ron. Not that we should discount the sufferings of others, but he was essentially used as comedy relief in the movies and given the majority of the bad decisions in the books, mostly made out of impulsive jealousy. Even in the final book, it was Ron who was made the Gollum of the group, it was Ron who was most affected by the horcrux. Let him have his heart’s desire. I’m quite sure Hermione knew what she was doing all along.

The Sunday Times has tweeted a picture of the front page.