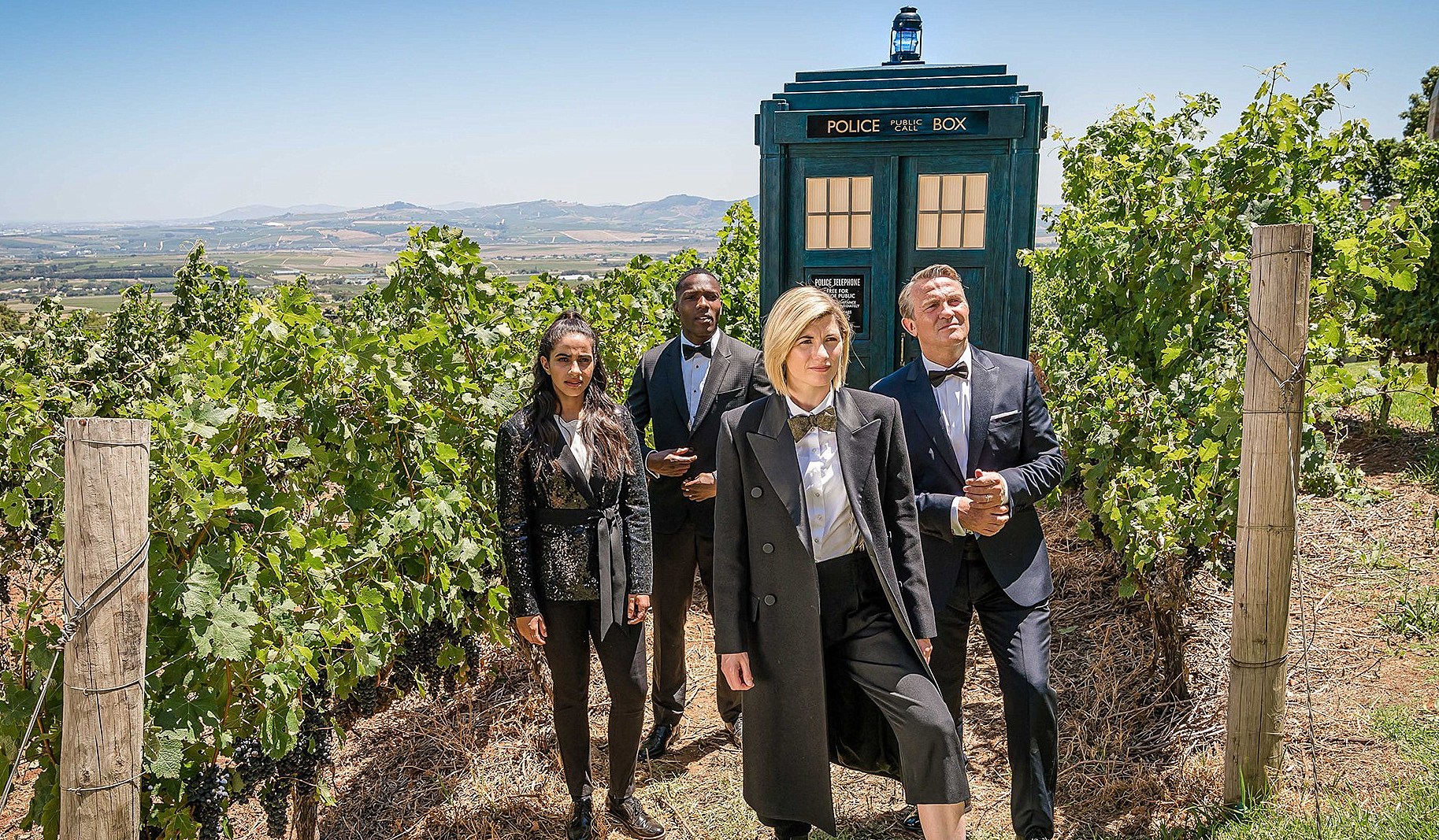 Kerblam? Can the Doctor Bounce Back After Series 11?

While we have been on a break at Nerdalicous, it has been quite some time since I really wanted to write about Doctor Who. I loved Peter Capaldi’s last season with Bill and Nardole and was gutted when it was announced that the new companions would be leaving along with Capaldi’s Twelfth. I was not at all surprised when they announced that Jodie Whittaker would be taking over as the Thirteenth incarnation of the Doctor, after all, the foundations had been firmly laid by previous show runner Stephen Moffat.

Despite being met with almost universally favourable reviews from critics, Series 11 of Doctor Who has not been well-met by fans. Some fans and critics alike have seized on the alleged ‘political correctness’ of the new writing. I generally don’t give any credence to the term ‘politically correct’,  it insinuates that acting like a proper human being is a ‘political’ act of some sort and is used pejoratively by conservatives. But I also can’t credit Chris Chibnall as bringing in a new ‘PC’ era of Doctor Who. There is very little that is ‘politically correct’, particularly inclusive or empowering about the last season of Doctor Who.

It is clear that male-to-female regenerations are not unheard of on Gallifrey. The Time Lord who witnesses the General’s regeneration from middle-aged white male into a young black female merely responds with an “er” and corrects his use of title. The General makes a quip about men coping with “all that ego”, and it’s back to business. Fans have been well-prepared for this change.

We also know that the Time Lord has some influence over the regeneration, even if it is still random. Until now, even when given the choice, the Doctor seemed to identify as male. “Young or old, man or woman” Ohilia assures the Eighth Doctor in The Night of the Doctor, the Sisters of Khan can guide his regeneration; but the Doctor chooses a warrior, and regenerates as a male.

Stephen Moffat acknowledged that a male-to-female regeneration would be a serious change from the Doctor’s identification as a male by referencing the deep emotional upheavals the Twelfth had experienced, particularly the loss of Clara, who had been with him through two incarnations and travelled back to meet two other incarnations to reverse the destruction of Gallifrey. Moffat gave us the impression that a radical change was necessary. The Twelfth Doctor was tired. Thus the change to a female incarnation felt natural – the Doctor is prepared to die this time, not to regenerate. After the TARDIS urges him he concedes that ‘one more lifetime won’t kill anyone’. In his final episode the Twelfth faces his earliest incarnation, reunites with Bill and Nardole one last time, and the chapter closes with the Doctor alone in his TARDIS, gasping out his final lines. I’ll take a moment to compare them with the Tenth and Eleventh’s final lines

Eleventh: I will not forget one line of this, not one day, I swear. I will always remember when The Doctor was me… 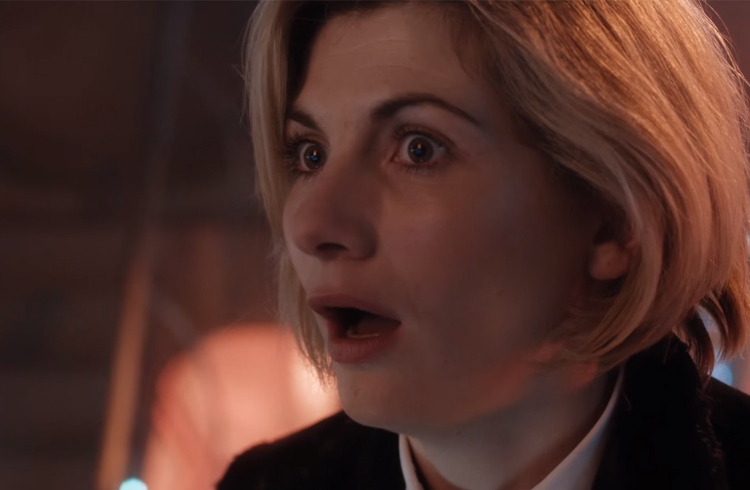 The Doctor had reached a cataclysm. What followed was one of my favourite regenerations so far, the ring slipping from the Thirteenth’s finger, the TARDIS console reflecting in her eyes as she gazes around, sees her reflection, and exclaims “Oh brilliant” before the TARDIS pitches her out of the doors and into the sky. These last few minutes of Season 10 held so much promise. The Twelfth’s final series set everything up perfectly for the Thirteenth. It was also slightly nerve-wracking knowing someone new as taking over. To ruin the inaugural season of the first female Doctor would cause difficulties for future reincarnations. I, and I assume the majority of fans, wanted this season to go well. The problem is the showrunners were too keen on change.

The modern era Who has focused much of the attention on the companions. We have seen the Tenth and Rose play out their tortured romance, Martha her unrequited love, and Donna the heavy-handed “buddy” (this is not romantic!) companion; and as the Doctor moved from matinee idol in the Tenth to lanky, loveable geek in the Eleventh incarnation, he dropped the young crushes, gained a husband and wife team, and eventually his own wife, the spectacular River Song. When Clara came on the scene, despite a few sort of awkward attempts at flirtation between the Doctor and Clara, Clara cemented the idea of an  equal companion, the Doctor’s partner, rather than assistant, and the fierce emotional bond between the two that ended in her tragic early death. The same sort of emotional bond that was developing between a weary Twelfth and the amazing Bill Potts, snatched away from us after only a single season.

Lets make this clear, new show runner Chris Chibnall didn’t solve sexism by casting a female Doctor. Nor did he make any great strides in a show that already celebrates diversity. We have had companions of many genders and cultures and ages, differently-abled actors, openly bisexual characters, same-sex interspecies relationships and a fifty-year old actress playing the Doctor’s wife. Chibnall, in fact, replaced Doctor Who’s first black female lesbian lead with a pleasant looking white woman. Jodie Whittaker is about the safest, least threatening and least radical choice you could make for a female doctor. 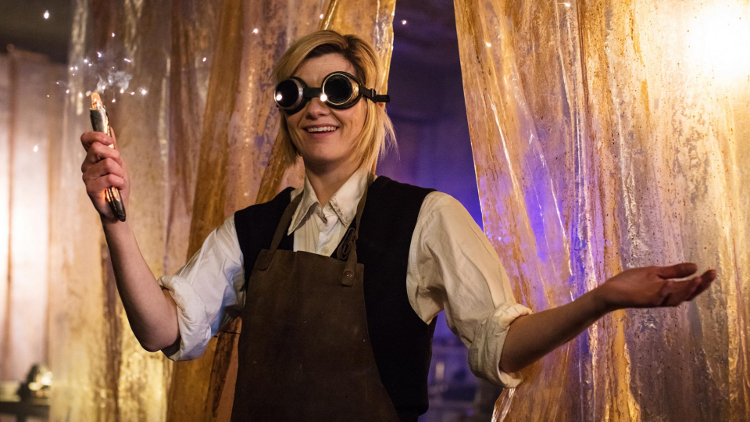 Chibnall may have penned the first two seasons of Torchwood, but his Doctor Who episodes were not exactly instant classics, and nowhere near the calibre of Moffat’s great episodes prior to becoming showrunner (think Blink). Chibnall announced early in 2018, prior to the series 11 premiere, that we would see all-new monsters and none of the classic foes. Not all fans took it seriously. He followed up a few weeks later with a frustrated “I don’t know how many times I need to say it. There are no old monsters this series. OK?”, only to then reassure fans “it’s not like it’s forever”. More significant was the comment that “It’s about going ‘Ah, what stories do I want to tell? What’s happening in the world? What’s happening in film and television? And how does Doctor Who sit at the forefront of that? I just wanted us to feel like we were moving forward.” and “This is Doctor Who in an era of Netflix – you’ve got to keep up. You’ve got to keep up with Black Mirror, you’ve got to keep up with all the DC shows in the US.”

Chibnall’s noises about American-style writer rooms and keeping up with the Jones’s foreshadowed the completely mainstream route the show took last season. ‘Moving forward’, as he insinuates the fans want the show to remain stagnant, involved completely stripping the uniqueness out of Doctor Who and turning it into a generic episodic science-fiction series. The fact that we had a new female Doctor and three companions of different ages and cultures should have been ‘fresh’ enough for a new series. But no, we got all new writers, none of whom had written for Doctor Who before and an all new score lacking the gravitas of the last ten seasons. The titles changed to something familiarly generic. So self-conscious are the new show runners that they even changed the Christmas Special to a New Year’s special.

Why am I criticising the last series now (and at such length)? Last week I saw the BBC flogging new guest stars for the upcoming series. It put me in mind of the season trailer that played after the first episode aired, which only showed what guest stars would be appearing in series 11. Nobody cares about guest stars, they are fun, but what we want is a story. Not completely disjointed episodes with no overall arc driving the characters. While the trailer that followed a few days later looks like an improvement there is no real reason to trust that showrunners Chibnall and Strevens are going to deliver this year. They made a promise that diversity in cast and crew was a priority. Let’s take a moment to consider that promise against the absolutely stellar representation we have seen for ten seasons of modern Who. 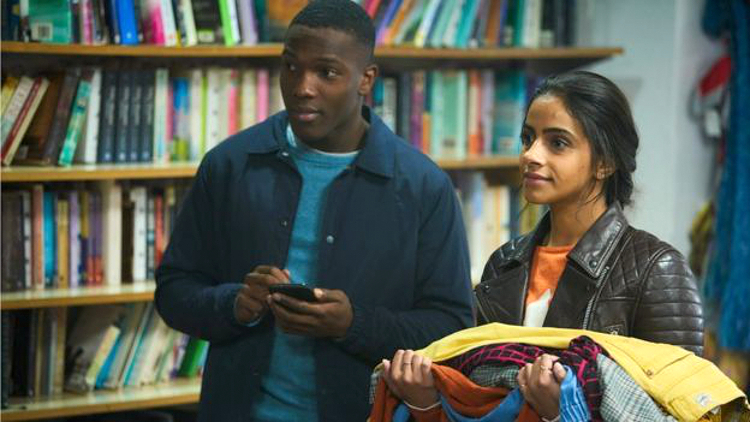 We have four main cast members. Ryan Sinclair, who led the first episode, suffers from a chronic disability called dyspraxia, featured in the first episode. It was never mentioned again despite it having a serious affect on coordination, which surely should have affected Ryan throughout the season. Then we have Yasmin Khan, who despite being given a nod to her ancestry in Demons of the Punjab, is then largely ignored for most of the season. What’s her first scene? Resolving a parking dispute between two angry women of course. Even being introduced to her family didn’t really go anywhere. And when the four characters are always splitting up into pairs, Yaz and Ryan stick together, leaving the majority of screen time to the two older white characters. With Graham’s tragic loss of his wife (and Ryan’s grandmother) in episode one it ends up with Graham’s narrative dominating the show. Is this really Doctor Who’s ‘most diverse, most PC’ season to date, led by an old white man again? Why does the Doctor have to apologise to everyone frequently? Should we also mention Yaz being a boring old police officer, complicit with the colonial government, against Martha Jones’s doctor turned freedom fighter? What about the wildly camp and utterly homophobic representation of James I in The Witchfinders? ‘Politically correct’? Where?

Let’s take another moment to think about the embarrassingly inept attempts at diversity and social commentary in series 11 against the single speech made by the Twelfth Doctor in The Zygon Inversion against war, and its allegory for the Islamaphobia that dominates the Murdoch-led media.

I really do hope the showrunners can pull off a season that is successful with the fans this year, and not just the critics. Critical acclaim from critics who used to deride Doctor Who for its uniqueness and bold stories don’t talk like DVD sales do. They’ve got an actress who adores the character and captures the loveably goofy side of the Doctor perfectly, even if I’d like to see more of the Doctor’s thunder. If Jodie doesn’t get better material to work with it may well be many more seasons before we see another female Time Lord at the TARDIS console.