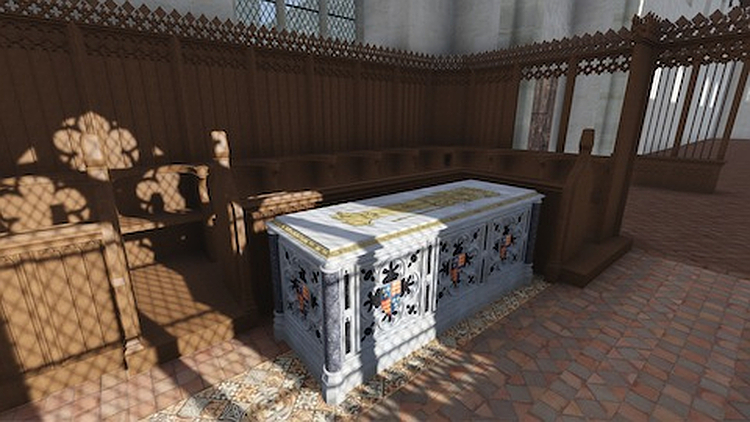 De Montfort University’s acclaimed Digital Building Heritage Group has digitally reconstructed Richard III’s lost tomb and the Grey Friars Church for Leicester’s Richard III Visitor Centre, which will officially open on Saturday. The Digital Building Heritage Group created a CGI animated video which includes a digital reconstruction of Grey Friars Church, where Richard was buried and his remains discovered, and the now-lost original tomb which marked the grave. The reconstruction will be shown on a big screen at the centre of the Dynasty, Death and Discovery exhibition.

Read more about Richard’s lost tomb: Fit for a King: The Burial and Reburial of Richard III with John Ashdown-Hill

Dr Doug Cawthorne, director of the DBHG, said: “Excavations of Grey Friars have revealed some of the foundations and buried fragments of masonry, glass, tile and other material. From these and the very much more extensive remains of other Franciscan Priories in England it’s possible to speculate on what Greyfriars Church in Leicester looked like.”

“This was not a small church, it would have towered over the contemporary medieval buildings in the area in a way which is perhaps underappreciated and would also dominate those adjacent to it today. There is much more to discover about the design of Greyfriars church in Leicester and it’s a fascinating architectural piece in the historical mosaic of an important part of English History.” 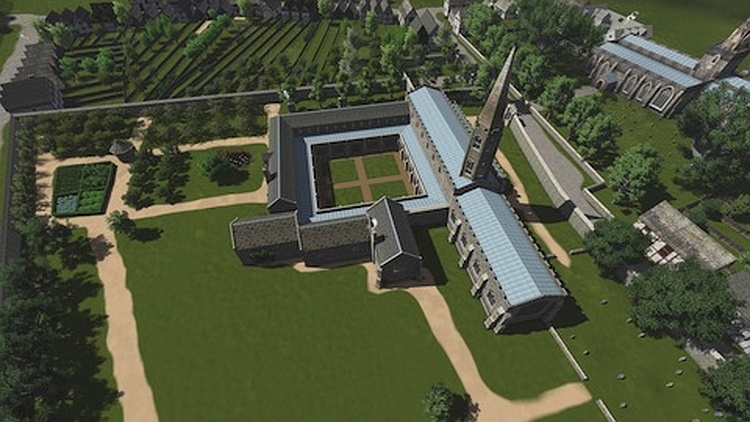 Steffan Davies, research assistant at the DBHG, said: “It’s exciting to be able to tell such an important story for Leicester and British History. It has been one of the most challenging projects we have worked on because we had very little evidence showing how the building would have looked.

“We had to work very closely with the archaeologists from Leicester University, use archival material, comparing it with local buildings of the same period and researching building materials available in this area at the time to create as accurate reconstruction as possible.”

Watch the fly-through video of Richard III’s lost tomb below.