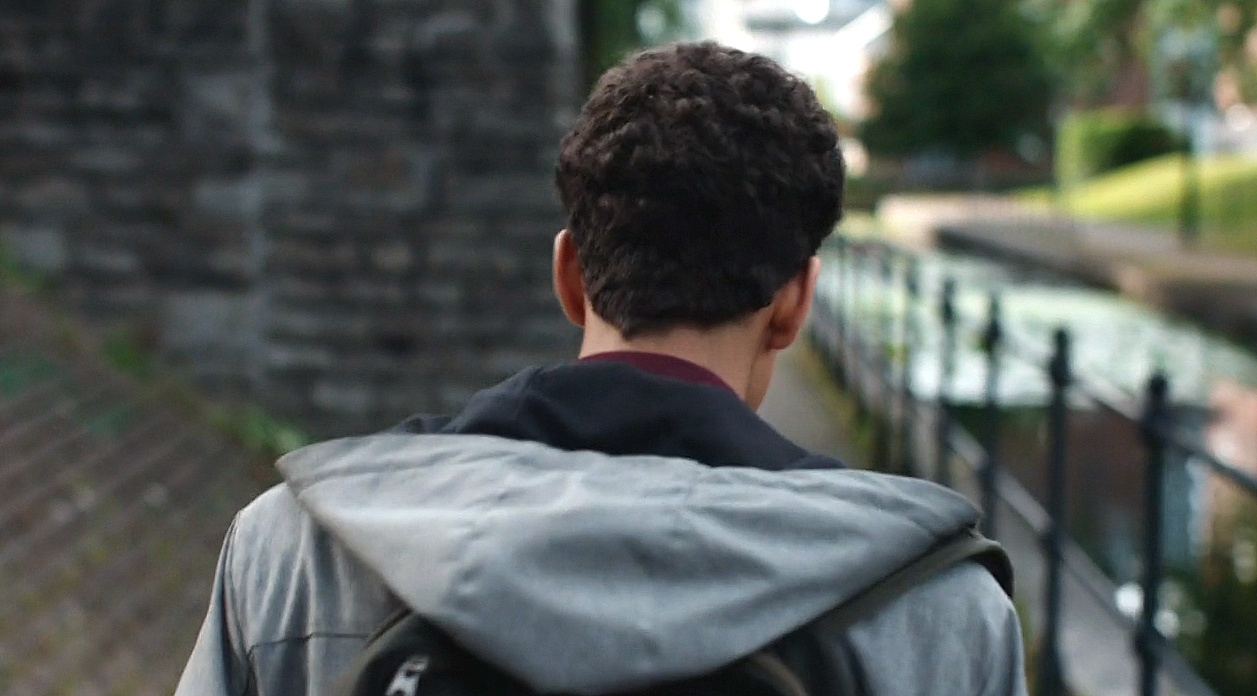 Who is the ‘lost boy’? Titled for chapter twelve of Northern Lights, in which Lyra discovers what horrifying experiments the Oblation Board has been carrying out on children, The Lost Boy also introduces us to Will Parry, a young boy who carries the weight of the world on his shoulders. In the book series we don’t meet Will until the second book, and as it was concealed from the trailers it was a pleasant surprise to meet Will, or, for those of us who never thought this story would make it to the screen again, to finally meet Will. This was a particularly heavy-hearted episode, although I feel that Billy Costa’s story was slightly thin in giving a lot of time over to Will’s, particularly with the allocation of the scene-stealing Lord Boreal as the Parry family’s main antagonist.

The witches hear the immortal whispers of those who pass between the worlds. They speak of a child who is destined to bring the end of destiny. If told what she must do, she will fail.

The episode opens with Kaisa flying over the Gyptian caravan as they travel towards Bolvangar, before revealing Will as a part of Lyra’s prophecy.

But she won’t walk alone. There is a boy whose fate is bound with hers. Together, they will change everything. 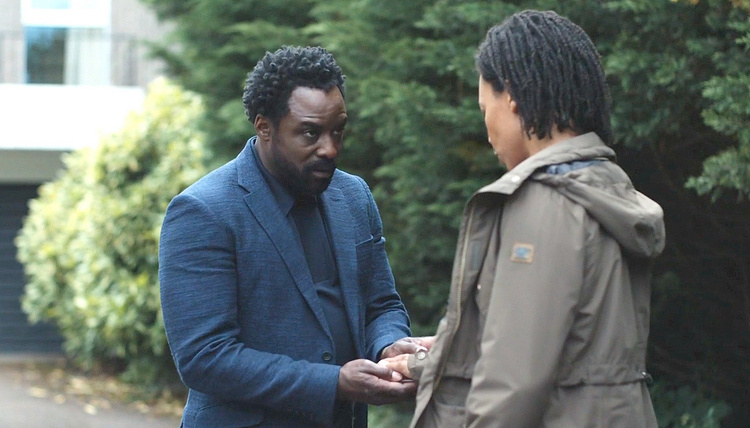 Will and Lyra walk along in their different worlds, completely unaware of each other. Will in his mundane existence, walking to school in his uniform, Lyra walking to war against the Magisterium with an aeronaut and an armoured bear. We then cut to Boreal and his henchman sitting outside the Parry’s house. ‘He seems like a good kid,’ says the ‘Pale-Faced man’, with a touch of discomfort, as Boreal stares greedily at Will when he arrives home for lunch with his mother. Shortly after, Boreal accosts Mrs. Parry in her driveway, acting like an old friend of her husband’s who had dropped by to visit, but his easy charm is lost on Mrs. Parry, who is mentally ill and lives in constant fear of unnamed enemies. That Will thinks she is imagining the enemies is better explained in the books, of course, the glimpses of frustration that come across in this episode should be read as concern rather than anger towards his mother. This week on Twitter Jack Thorne said that “What I always loved about Pullman’s choice of Will is that he is a child carer. In today’s broken world what greater hero can you find than that?” Will and Mrs. Parry are completely alone and, in fact, they function better this way, as we can see from Will’s resistance to the gentle enquiries of his teacher. Most of Will and Mrs. Parry’s story is then given over to the precious packet of letters from John Parry, otherwise known as Stanislaus Grumman, the object of Lord Boreal’s desire. 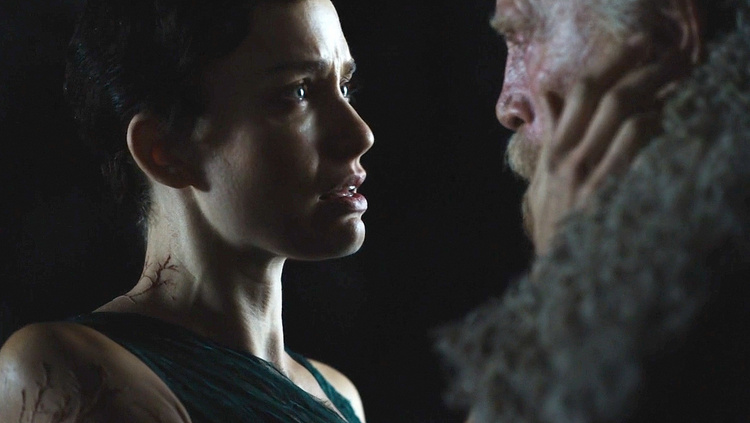 I think that book fans will be delighted with Farder Coram and Serafina Pekkala, who made her first appearance this week in a heart-wrenching exchange with Coram, where they again share the grief of losing their little child all those years ago. This was an immensely satisfying introduction to the witches, they were not all ethereal and insubstantial, Serafina was slightly untouchable, but also full of love and sadness.

Much time is wasted in what should have been a brief conflict over Lyra leaving the Gyptians for a day to investigate the ghost the alethiometer reveals to her. On the whole, Billy’s story didn’t quite hit the mark. Billy’s unresponsiveness added little to the impact of him losing his dæmon. Quite a lot was changed form the book scene here. Firstly Lyra didn’t converse with any of the terrified villagers, who thought Billy was an evil spirit, a lamp was left out for her, although how they knew she was coming is a mystery. Yet Pantalaimon’s terror as they approached the hut was palpable, as was Lyra’s pity for Billy. Keeping his face shadowed and obscured most of the time didn’t add to the impact of this though, his lack of dæmon shouldn’t have been as immediately apparent as he was brought back to camp, after all dæmons don’t always converse with other humans. We didn’t see Billy calling pitifully for his dæmon. Everything about this scene, which should have been so horrifying, was muted. Later on Lyra seeing Billy’s body and running to Lee for comfort and the very moving funeral scene, which included some beautiful shots if the dæmons themselves mourning, gave us more of a sense of the grief, but overall the actual impact of ‘intercision’ was lost. 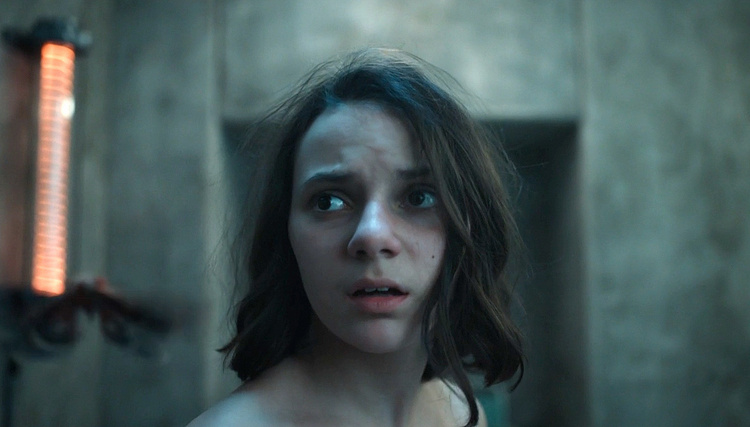 The standout for me this week was Lyra’s capture, particularly the first few moments in the point of view shot. The cover from the sled is pulled back to reveal a confusion of snow, barking dog dæmons and grey concrete walls of the bunker. It’s clear from the first few seconds in Bolvangar, being tossed unceremoniously onto the floor and the doctor reaching to touch Pantalaimon, heedless of the taboo, and Lyra’s utterly shocked expression, that she is in serious and unexpected danger. The dingy industrial look works better on screen than the pristine, brightly lit white-and-steel description in the books here because it emphasises the disregard for humanity in Bolvangar, this is not really a hospital, but like its English name, ‘The Station’ is merely terminal for inhumane experiments on children. Doctor Cooper is particularly chilling, not in the dead-eyed way of the obedient nurses, but in the glimmer of religious zeal in her eyes when she sizes up Lyra, commanding her to be prepped for immediate ‘treatment’. 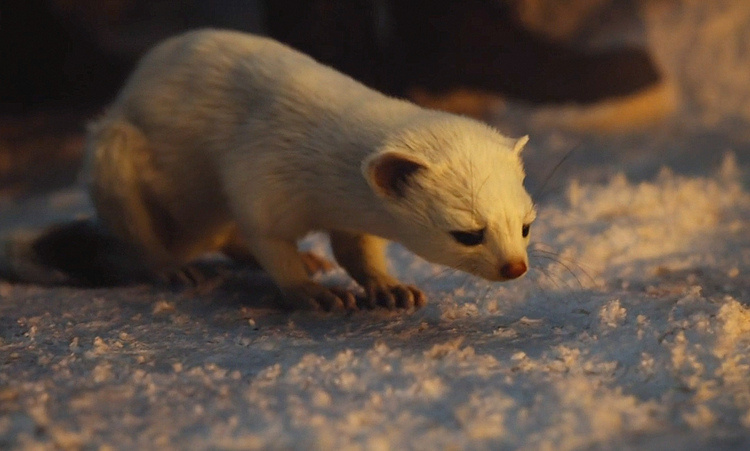 She lifted the lantern high and took a step into the shed, and then she saw what it was that the Oblation Board was doing, and what was the nature of the sacrifice the children were having to make.

The little boy was huddled against the wood drying rack where hung row upon row of gutted fish, all as stiff as boards. He was clutching a piece of fish to him as Lyra was clutching Pantalaimon, with her left hand, hard, against her heart; but that was all he had, a piece of dried fish; because he had no dæmon at all. The Gobblers had cut it away. That was Intercision, and this was a severed child.

There is not much more to say about Billy Costa’s scenes other than they were a little lacking, and I would be more invested if it was Tony Makarios, the lost boy, without a mother capable of finding him, and who didn’t get to be held by her before his death. With that said Billy’s death, with Ma Costa telling him, “you can go to Ratter now”, was heartbreaking and what it did do was emphasise the effect of Intercision on the children’s families. We were still at a point where the audience was slightly detached from the reality of it. Coram’s pleas to Serafina for help also shows how much the Gyptians are suffering under the Magisterium’s cruel regime, with their children the easiest targets for capture. Lee’s explanation to Lyra that Intercision was about control hits the mark but it doesn’t touch on the religious ideology behind it. I don’t think we are ever going to get the full and blatant references to child mutilation in the name of religion in the series. But now Lyra has even more driving her to rage against the Magisterium and her mother. 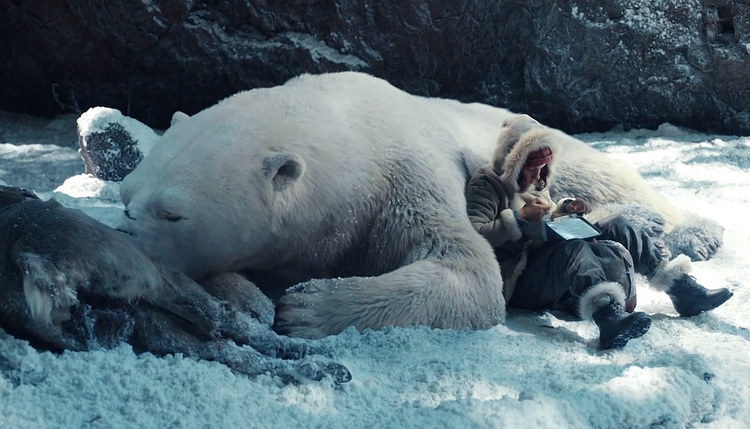 I am in the middle of re-reading His Dark Materials, for the first time since 2013, and have just finished The Subtle Knife. While reading my dread chapter, Alamo Gulch, it occurred to me that both Lyra and Will’s fathers are travelling together in the balloon towards their death, which made seeing Lyra run to Lee for comfort a little sad. They left out the fencing scene between Lyra and Iorek in this episode but her reference to being part-bear was, I assume, a reference to the ritualistic bear behaviour she displays after Iorek defeats Iofur to regain his sovereignty over Svalbard again. Lyra’s fierce love for Iorek is well-expressed in the books and I am wondering how they will translate this to screen.

I would have changed my nature, I would have forsaken the star-tingle and the music of the Aurora; I would never have flown again-I would have given all that up in a moment, without a thought, to be a gyptian boat wife and cook for him and share his bed and bear his children.

Early in Northern Lights, Coram refers to Serafina simply as a witch he rescued, and it is Serafina who tells Lyra their story. I have enjoyed hearing this from Coram’s point of view, that Serafina wanted to challenge Yambe-Akka herself while he only wanted to grieve. There is a thread of doomed loves throughout the series. Serafina telling Lyra of the sadness of their story mirrors something of Lyra’s own first love. Even Mary Malone’s first love, the church, is corrupted for her and there is the obvious tragic romance of Asriel and Mrs. Coulter that starts this whole story.

Next week: The Dæmon Cages

Join our friends Travis and Rich for the Daemon Dust Podcast