The Human Toll of Entertainment

There is something intrinsically human in needing to laugh, particularly in the face of something so dark that the alternative is far worse. That’s not to make light of our past, or the dreadful things that have happened throughout history.

We laughed at Charles Lawton being racked in ‘Carry on Henry’, we laughed at crucified men singing, ‘when you’re dying look on the bright side of life’ in ‘The Life of Brian’ and we laughed at Hitler singing ‘a little piece of Poland, a little piece of France’ in ‘Springtime for Hitler’. Humour is rarely in good taste, particularly when referring to true events and real lives.

Laughing at crucified men does not mean we believe they deserved their fates, and by laughing at Hitler’s ‘peace’ song does not mean we think the invasion of Poland and France was either justified or amusing. It’s not meant to be real and it’s not meant to be taken seriously. We can laugh, albeit sometimes shamefacedly, because it’s the ludicrous portrayals, which are so far removed from reality, that we can find funny. The humour mocks itself.

All inaccurate portrayals of real life people, which has the effect of discrediting/laughing at them, is distasteful, whether it be historical fiction or historical comedy. But I think the genres are very different. Elizabeth I in ‘Blackadder’ was completely far fetched, and so removed from reality that we could laugh at it. Anne Boleyn’s portrayal in ‘The Other Boleyn Girl’, ‘Wolf Hall’ and ‘Bring Up the Bodies’ was equally far fetched, as was Catherine Howard’s portrayal in ‘The Tudors’, but I didn’t feel like laughing. We weren’t meant to laugh, and that’s the big difference. Because it’s meant to be funny, whether I find it so or not, I do not find comedy based on historical events to be as tasteless as some historical fiction.

History is full of misery that is exploited in both comedy and fiction. At the end of the day it’s all a matter of exploitation under the guise of entertainment. Whether you find it tasteless or not is subjective, but whether you take the comedy/fiction seriously or not is, one would hope, entirely objective.

Perhaps, one could argue, fiction isn’t meant to be taken seriously either. After all it is fiction. But the characters in fiction aren’t satirised in the same way as they are in comedy (well, sometimes they are; has anybody read Emily Purdy’s, ‘The Boleyn Wife’?)!  Purdy’s historical fiction is so bizarre that you could really only take it seriously if you’d lived in the Amazon Basin all your life. Other fiction isn’t so ‘out there’ and some fiction writers like to give the impression that they are historians, or at the very least write historically accurate fiction. That muddies the waters somewhat.

I think we are all prone to being influenced by fiction if we don’t know enough about the facts to call it out. I’m no exception. I saw, ‘Bridge on The River Kwai’ as a child and had contempt for the ridiculous man who was portrayed by Alec Guinness. That was until I heard the poor man being interviewed and discovered that the portrayal was completely fictionalised and that his honour and integrity had been torn apart purely on the whim of Hollywood.

How many people think that the enigma code was broken by the Americans because they saw it in a film? Never mind about the real people who actually broke it. How many people think of Dick Turpin as some sort of anti-hero, when in reality he was a murderous thug? Likewise, how many people actually believe, from watching ‘The Patriot’, that English soldiers rounded people up, put them in a barn and set fire to it? Shocking? Even more so when you consider the truth was completely turned around to promote anti-English feelings, when in reality that was what German troops did to British soldiers in the second World War.

Though we try to take fiction with a pinch of salt, we are bound to be influenced by it because we are constantly being indoctrinated by it. We see the way people are portrayed and we are influenced by that portrayal whether we like it or not. Charles Brandon’s popularity has never been higher after the yummy Henry Cavill played him in ‘The Tudors’. We all know he didn’t actually look like that, but that seems to have made little difference. George Boleyn, on the other hand, is largely reviled having been shown as a rapist, murderer and wife-abuser. 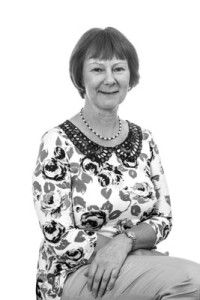 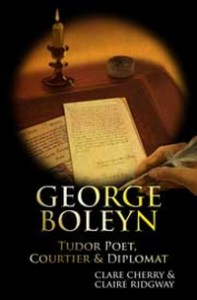