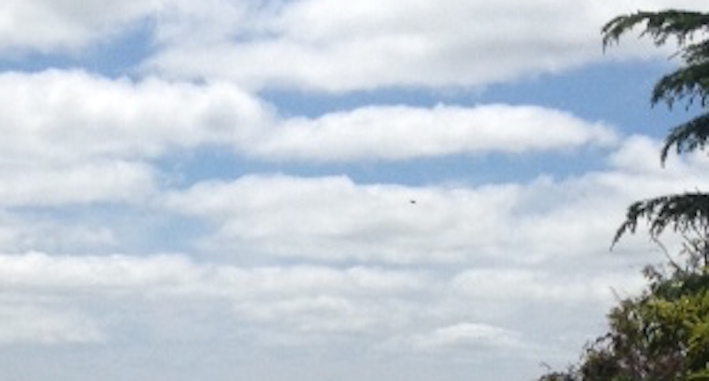 C S Hughes
PlacesWeird
December 22, 2014
While travelling through Korumburra in South Gippsland, Victoria on business, JP (who wishes to remain anonymous) saw and photographed a fast moving object in the sky south of town. JP was heading back to his car after dropping in on friends on one of the high hilly streets of the town, when in the distance he saw a silver-grey elliptical blur. It was 3.15, “A smaller object morphed into a larger one and shot straight up,” he reports. “It took about 10 seconds, just enough time to get a photo of the smaller one.” There was no sound from the object, and it didn’t leave a condensation trail like a plane or jet. It was too distant and too fast to be a drone.

JP tells me he has a casual curiosity about such phenomena, and certainly couldn’t be described as a ‘UFO nut’. He wasn’t convinced either way, until now. The way the small object moved across the sky with “awesome speed” merged with the larger one, and vanished in an incredible vertical ascent left him awestruck.

“In all my years travelling with work, all the years of watching the day and night skies, walking back to my car I witnessed my first UFO experience, it happened in Korumburra.Wow!”

Perhaps it is not so surprising. The Strzlecki Ranges, just to the north, are filled with deep hidden valleys covered in tree ferns and tall mountain ash, amongst the green pastured hills on the edges of the Ranges are some very peculiar shaped mountains, long barrow shaped mounds and giant grass covered pyramids. The hillsides are dotted with black and white Friesian cows. As any survey of popular mythology will tell you, there seems to be a definite correlation between cows and aliens. And just to the south is Bass Strait, a zone notorious for UFO activity.

Those with an inflexible view will say there is a small airfield 50km away at Tooradin, and a Royal Air Force base at East Sale, 150km to the north east, and that the extraordinary motion of the object was perhaps a misperception, or an optical illusion. Not a UFO, but an ordinary aircraft. But then, just follow a line up a little to the right of the road in the photo. Undoctored, unphotoshopped, we have the picture to prove it. 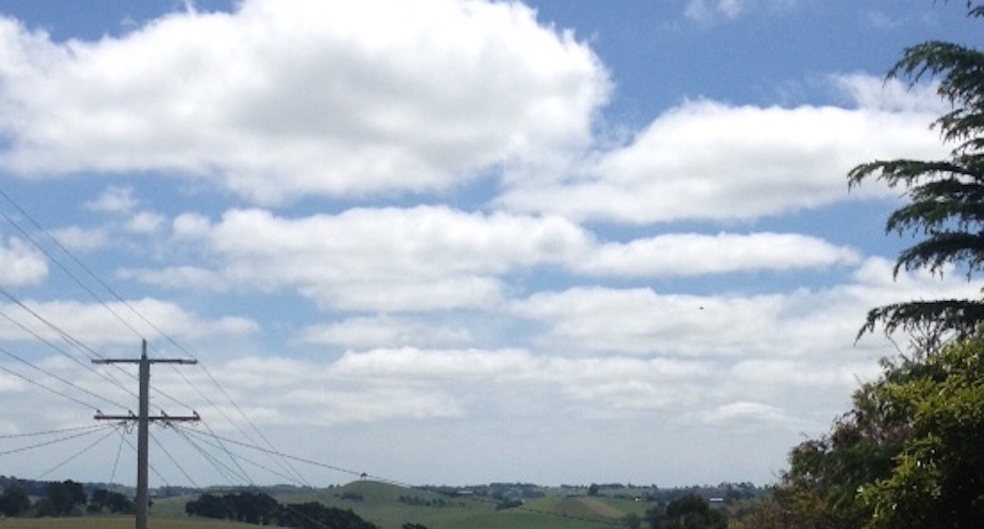 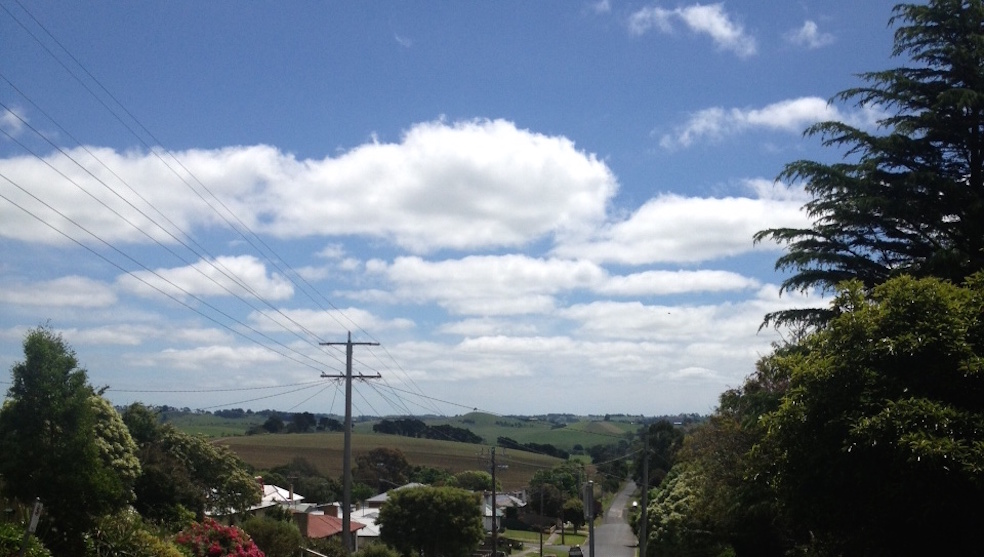 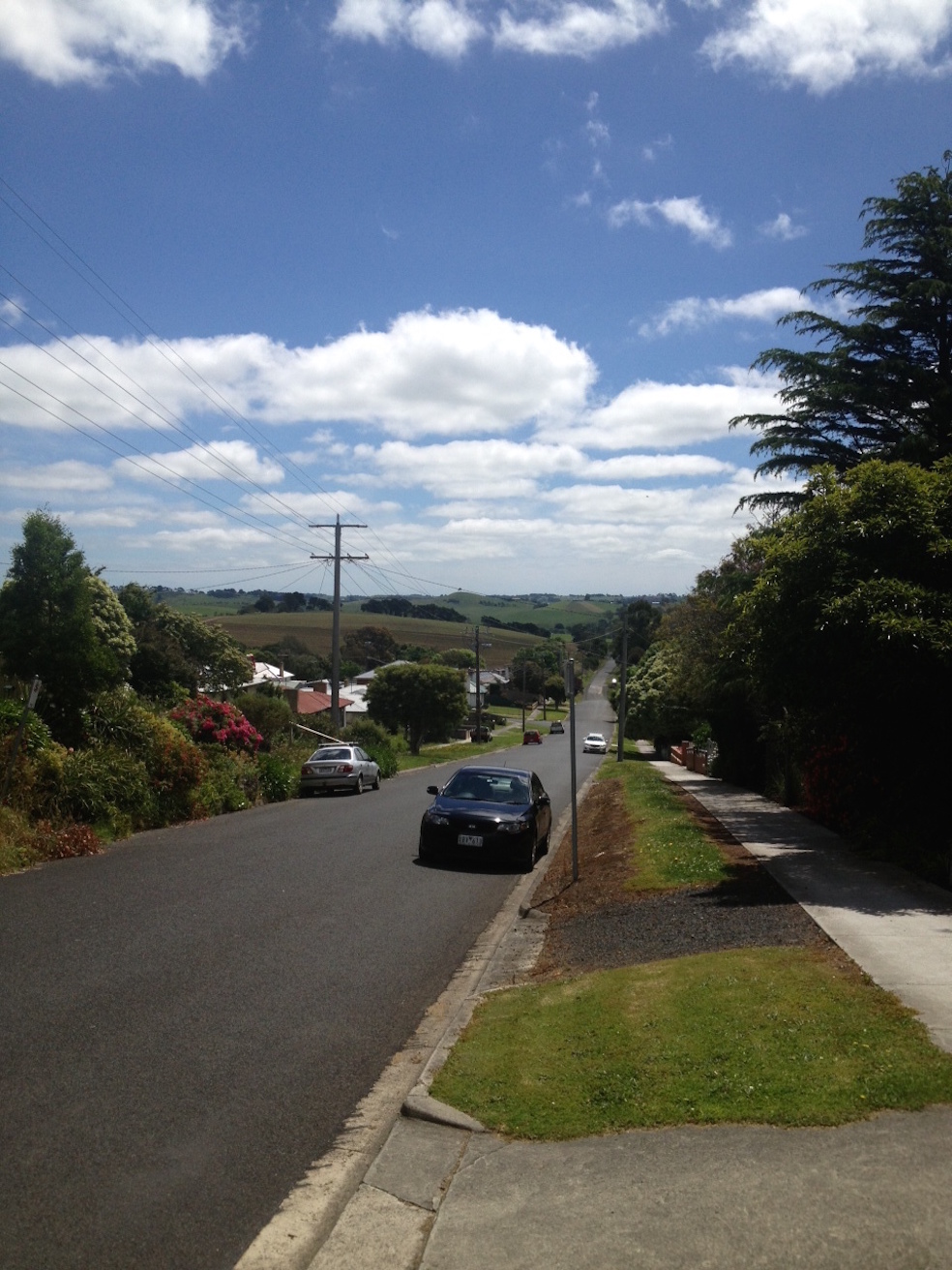