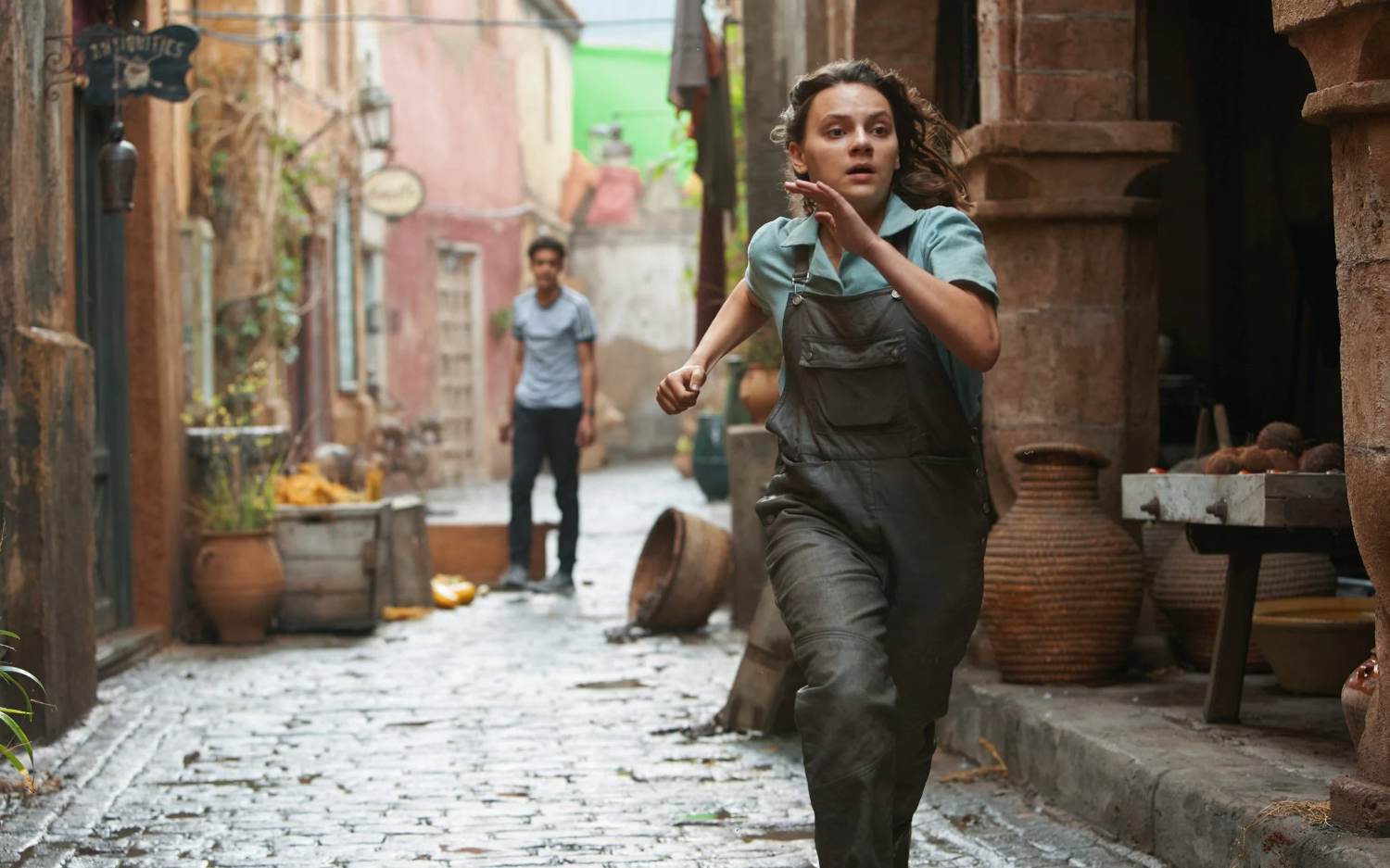 The City of Magpies

Jack Thorne always allows his empathy to shine through in his writing. Over the last few years, the UK government have been doggedly dragging the country back into a Dickensian class-divide; attacking people with disabilities and chronic illnesses by forcing them to have their welfare payments reviewed by an unqualified corporate company, resulting in many payments being stopped, and many suicides following that, austerity measures leaving people on other benefits in such dire poverty they suffered from actual malnutrition and starvation, people forced to work ‘zero hour contracts’ where the employer is not required to provide you with any work at all, and lately, snatching food from the mouths of children, with over 17% of schoolchildren, who previously qualified for free meals over the school holidays due to their parents’ low income, told they would have to go without. In some ways these sort of issues are never absent from Thorne’s writing, or Pullman’s. Thorne told The Metro that:

I hope that the bigger messages of the show, about the choices that adults make and the choices that children make, and the way that we perhaps have let down our kids, and how we need to protect and trust them, I hope that those things shine through when discussions [are being had] about whether kids should be allowed to be fed There’s a compassion to these stories, and we are living in an age of a government that seems to lack compassion, and I hope that shines through too. 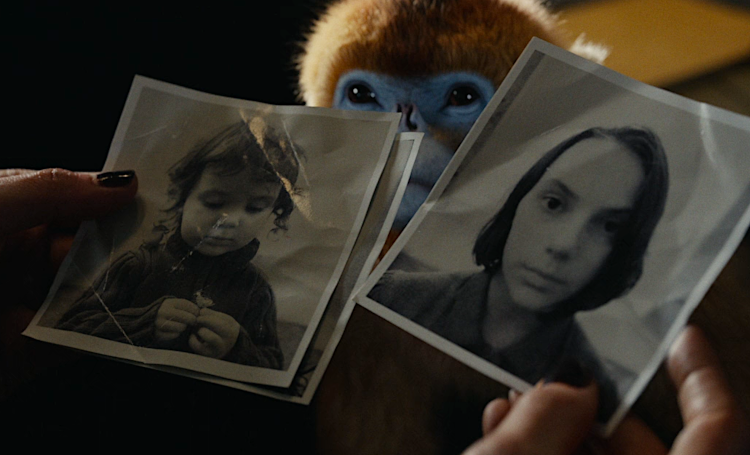 Lyra and Will are no strangers to adults letting them down. In Will’s case, it’s not his parent, but the authorities that have let him down, there are few adults he can turn to for help, and he is now being pursued by Boreal. In Lyra’s case, first she was abandoned, and then when she placed trust in both of her parents, they betrayed it. At this point, Lyra can’t even trust the Alethiometer. Now she and Will have to learn to trust each other.

The episode opens with Lyra jolting awake to the memory of Roger crying out for her. There has been little time between the end of last season and this season, only a few hours, perhaps, and Marisa Coulter sits leafing through one of Asriel’s notebooks, as her voice resounds over the scene, staring at the old black and white photographs of Lyra concealed within the pages. It references the opening of season one, where Asriel walked through floodwaters, carefully holding baby Lyra clear of them, taking her to safety at Jordan College. It is a deeply disturbing reminder of who is the better parent, of who has always had the more natural affection for their child, but it also drives Asriel’s betrayal of his child home.

The meeting between Mrs. Coulter and the Magisterium officials was an interesting one, it certainly departs from the text in some respects, with Coulter abandoning her ‘I am just a woman’ refrain with Cardinal Sturrock, and taking control of the room. Despite Father Macphail’s ineffectual remonstrations, she completely domineers the group of men, right down to Cardinal Sturrock demanding obedience by offering his hand to be kissed, and Mrs. Coulter lifting his hand to her lips, rather than bending, making sure her head remained above his as she did so. As much as I keep reminding viewers Mrs. Coulter is a villain and not a feminist role model, it is enjoyable to watch her prevail over the men of the church. The other interest point here, was, of course, Sturrock’s bizarrely stubborn denial that the city in the sky exists. 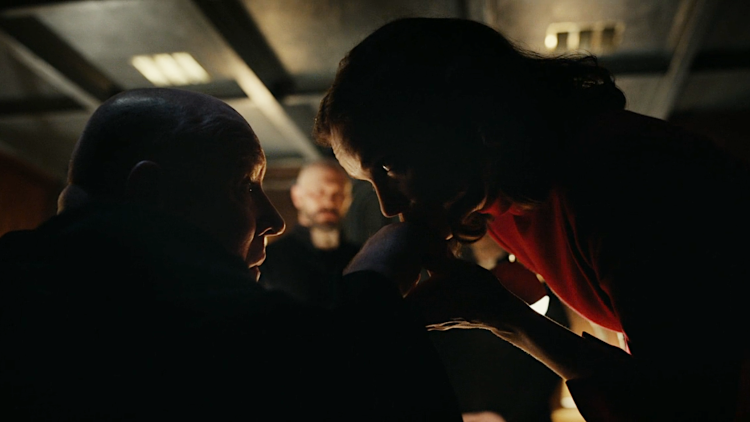 Ruth Wilson gave her character an even more demonic element with her torture of the witch Katja, (unnamed in the book). Her methodical removal of her jewellery, down to her earrings, and wielding only a pair of surgical tweezers, clicking them menacingly, was deeply discomfiting and added a serious edge of fear to the scene. Ruta Skadi, Latvian Witch Queen, is the one to give Katja a merciful death and attempt to slay the Cardinal on her way out. Sturrock’s story ended here in the books, not expressly resolved, so the opportunity has been taken to create a pact between Mrs. Coulter and Father Macphail, to plot his death, and it is an intriguing choice. Ruth Wilson and Will Keen made a fine pair of enemies in the first season, I’m looking forward to seeing how this pans out.

Jack Thorne said that this season would be, essentially, ‘‘about two people going on a journey together and their relationship being born”. Book fans have been familiar with this friendship for 25 years and there was a lot of pressure felt to get it perfect. So far they have succeeded. Lyra and Will’s meeting follows the text closely, down to Lyra’s terrible omelette making skills and her indifference to bathing. Will is somewhat less fierce than his book self, but still capable, which is necessary. Lyra betrays her class privilege when she asks Will if he is a kitchen boy after he cooks her a meal, but this serves as a source of amusement, rather than diminishing Lyra. For all of Lyra’s daring and adventure, she is still incapable of washing her own hair.

There certainly appears to be less financial constraints on production, with Pan featuring prolifically and in various forms, from a wolverine to a surprising appearance as a red panda. His pleasingly familiar white ermine and pine marten forms also make the most frequent appearances. Pan being the one to initiate the friendship with Will is appropriate, both to the text and to introduce more agency on his behalf.

It was crucial to get the forging of the relationship between the three, Lyra, Pan and Will, just right. There should never have been any doubt, of course, thus far the acting and the chemistry between characters throughout the series has been superb. The City of Magpies delivered in every way I hoped it would, down to its new opening theme and credits; the episode was tightly focused, introducing multiple story threads and new characters, expanding on background themes, and giving us a touchingly funny and heartfelt take on the beginnings of one of literature’s most beloved friendships. 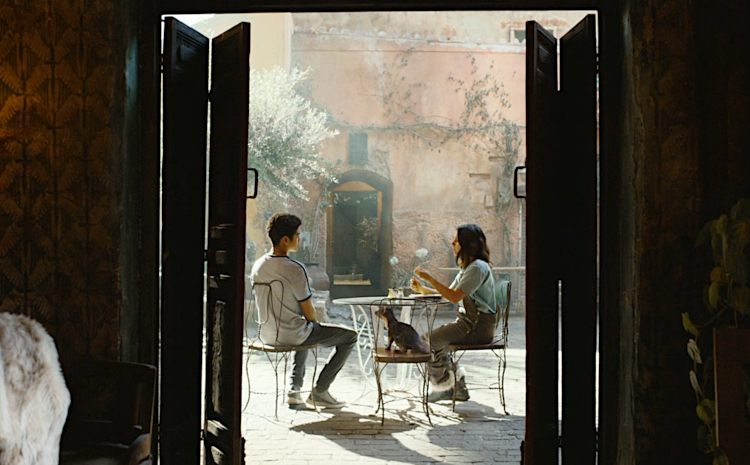 The first half of Chapter One, concerning Will, was introduced over the last four episodes of Season One. Despite a couple of minor departures, such as the Latvian queen Ruta Skadi taking Serafin’s role in the mercy killing, and Mrs. Coulter and Father Macphail’s unholy alliance, much of this episode stuck closely to the source material. I did miss Thorold and Serafina’s long discussion about Asriel’s aims. Lee Scoresby also appeared at the witches’ council to reveal his plans to find Stanislaus Grumman to aid him. There were some overt references to child genital mutilation in Ruta Skadi’s speech that were also left out, unsurprisingly, it shows how constrained the text can become when adapting it for television.

There’s been rather a lot of changes in Will’s character from book to screen, because he several years older, but perhaps the more introverted version of Will wouldn’t suit. What is fierce and determined in an eleven year-old boy may simply be too aggressive in a sixteen year-old one. The scene where Lyra overpowers Will and then insists he didn’t scare her was there to serve a purpose, but I am glad that Will seems to be retaining his competence. It is important for Will to remain stolid and reliable, and equal to Lyra at least, both for his character, and to retain realism. There is a deep class divide between Lyra and Will, even if Lyra was dressed shabbily by the college, her class position has always been secure. She may feel perfectly at ease with Gyptian children and consider them her equal, but she also can’t wash her own hair and thinks it is the servants job to cook. Will, on the other hand, has spent his young life looking after an adult.

That’s not to say, of course, that they have nothing in common. Later the combination of the two children’s empathy and kindness will be crucial. We have already seen it with Lyra. We were reminded of it when she approached the Spectre-destroyed adult at the fountain, her fists unclenching and reaching out to guide his trembling hands. ‘Go on’, she says, her eyes filled with pity as she tenderly guides him on his way.

Next week: The Cave