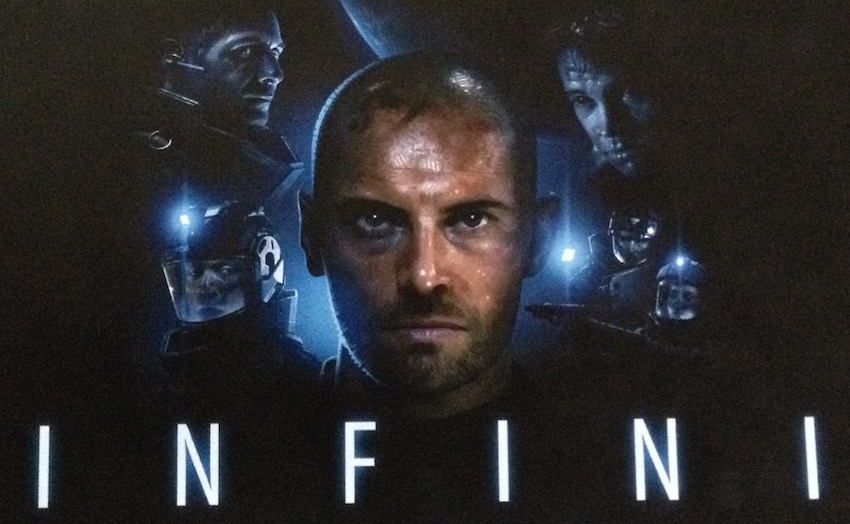 Don’t be fooled. At first glance Infini looks like a clone of classics like 2001 or Alien, Event Horizon and more recent films like Pandorum. Claustrophobic sci-fi horror thrillers where a crew is trapped on a ship in space and bad things happen. Look again. In fact, look over your shoulder. Or out of the corner of your eye.

Infini – by Shane Abbess, who made the cult favourite supernatural action thriller Gabriel in 2007, came back to Australia to make Infini, after being attached to various projects in Hollywood. If you think he did that just to make the same old story about floating in a tin can, think again. Expect a tense, thriller that combines claustrophobic terror, fast paced action and the unexpected.

Infini is released into the digital realm soon. To glimpse an exclusive behind the scenes clip, possibly through fingers tightly clamped over one’s eyes, use Layar to scan this image. Augment your reality before it augments you. 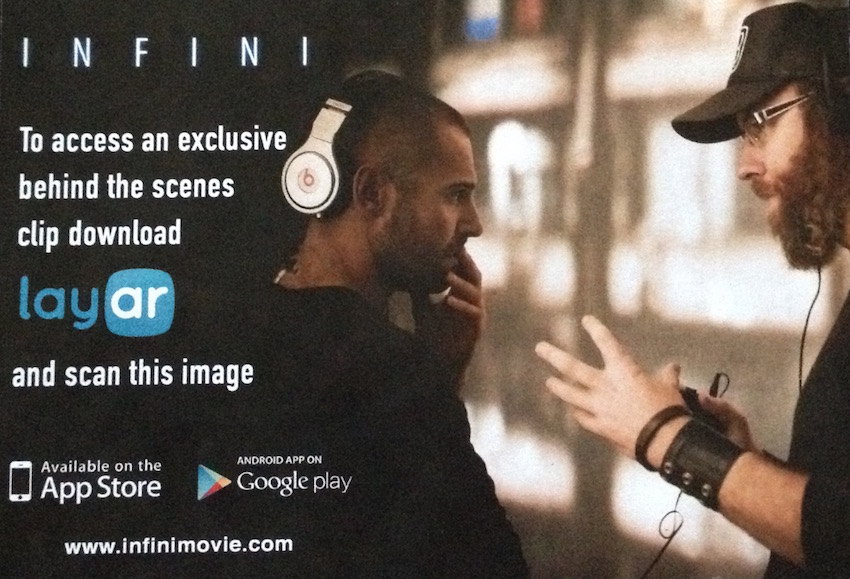