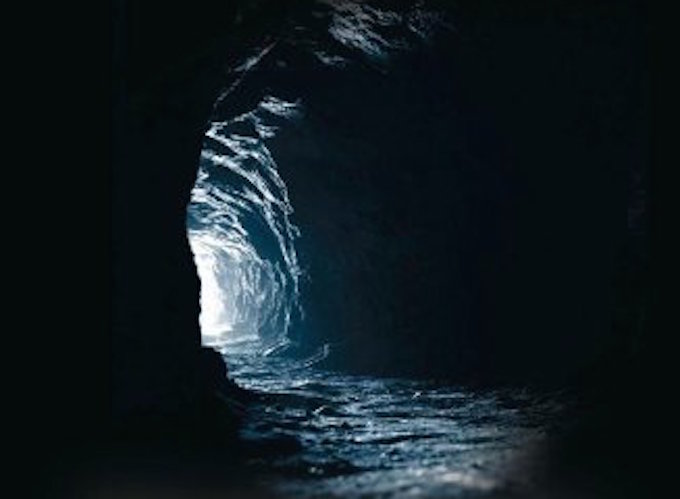 Alan Garner Boneland – Finding Magic Through the Wreckage Of Time

Do you remember Colin and Susan? Perhaps you remember Cadellin Silverbrow, the ancient wizard, and his ally the dwarf Fenodyree, or their foes the wizard Grimnir and Selina Place – the witch and shapechanger known as The Morrigan? A memory stirs like a sleeper, turning. To dream deeper or waken, that is the question?

What I remember most from Alan Garner’s 1960 children’s fantasy novel, The Weirdstone Of Brisingamen, the tale of two children, a magical stone, an adventure filled with weird folk and ancient folklore; is the mystery of an ageless wizard guarding a timeless army of knights sleeping under the hills of Alderley Edge, in a place called Fundindelve, heroes that would one day wake to set the world to rights. The thought that that world of magic still lived just under the surface of our mundane reality did more than just thrill me when I read it as a child, it shaped me. The way I thought, the things I believed. A sense that the grace of the ancient world is merely biding, that there can be justice. That the machineries of this world are a mere facade, an age that will end, like a curse when the lost stone is found. That the true realm will be restored. That there is magic.

I sought out other works in which ancient magic lived; Susan Cooper’s The Dark Is Rising books. The sequel, The Moon Of Gomrath. Alan Garner’s other books, Elidor, The Owl Service, Red Shift. Soon after, The Lord Of The Rings and a while later Robert Holdstock’s Mythago Wood.

These are books that I haven’t read since that time (which is, at the moment, more years than I wish to count). Before them came ghost stories, after, much new wave and edgy SF and high fantasy, with dalliances and asides in pulp crime and literary classics. While much of the detail has weathered, the impression of an imagined mythology extending back to pre-history, intertwined with high scientific concepts and imbued with a sense of 1960s and 70s fascination with pre-Christian forms of mysticism; archaeology, mystical physics, magic. The sense of awe, the sense of an unknown world, an ancient but still living history, filled with possibilities beyond the mundane, filled with wonder undoubtedly influenced some of my deep held beliefs.

Alan Garner’s Boneland – the final piece in the puzzle that is the Weirdstone brought all of that back. Not the details, but the sense of things lying sleeping under ancient green hills, things connected to a more universal truth than the mechanical industrial facade we live in. A sense that that facade could still easily be swept away, and that the ancient feminine force represented by sites of worship like the Henges and Silbury Hill, the ancient rites of harvest and renewal, sympathetic healing and communion with one’s ancient dead could again come to the fore.

In Boneland we again meet Colin, long after the battles of the Weirdstone Of Brisingamen and The Moon Of Gomrath have passed. The wild magic seems lost from the world. Susan too, is lost, and Colin – now a polymath scientist, an astronomer, geologist, ornithologist, an astrophysicist a quiet genius, has lost his memory of that time. He seems quite broken, separated from the wild magic of his childhood. At the radio telescope at Alderley where he works, he has heard his lost sister in the stars, and in seeking her, seeks healing, renewal. In some ways he represents that hope of the rebirth of the spirit that seemed to burgeoning in the 60s that ended in wars, waste and a commercialism filled with glamour but empty of any enriching spirit, that spirit beset, damaged but struggling on.

While Colin struggles with madness and loss, he is connected to the magic of a Shaman somewhere at the beginning of time, of human time, who calls on the forces of nature, the Grey Wolf of the sunset and the frozen plains, to wake and chase the sun each day, and in a cave carves life from the stone of Alderley Edge, the cranes that take flight to bring the stars, the other wolf, the dark wolf that hunts the moon, in a struggle to balance the forces of the world. Entropy and emptiness slowly wear at him. Meg, a psychiatrist guides Colin back to what he can’t face.

How these parallel forces, how the ancient Shaman and the modern scientist, the power of magic and the power of knowledge, separated by half a million years, but perhaps in the end the same, are brought together, is told in sparse lyrical prose. At times it seems a conversation with the universe is taking place, the insight into the complex told with a dancing, gentle and sometimes earthy humour.

Alan Garner for many years refused to complete the Weirdstone Trilogy. He felt his work had moved on from the straightforward children’s fantasy of his first two books, and that to write another would somehow diminish the emotional impact, the magic of those stories. Boneland is an adult novel, it delves into philosophy and madness, pain and speculations on the nature of things, where science and magic meets; a fascination. The struggles of the Shaman to wake the sun each day, the struggle of Colin find the lost part of himself, against madness, are both powerful, moving.

As Colin says at one point, examining a carving in the stone of Alderley Edge, “We have to make the imaginative leap into the ancient mind and the likelihood of a different worldview. I agree that you could argue that for a thing to have a multitude of possible meanings is tantamount to its having no meaning at all. But perhaps the opposite could once have applied. Perhaps a thing that could be thought to have a multitude of meaning, then, gained strength and importance from the ambiguities.”

A little later he describes to Meg how the best fire is made by combining three woods together. Ash, thorn, oak. Birch, holly, fir. A combination that Susan used in The Moon Of Gomrath by chance that summoned the Wild Hunt. She remarks on how strange it is that things often occur in threes.

“Empirical pragmatism,” said Colin. “Nothing mystical or esoteric. Though some would have it so.”

The Weirdstone of Brisingamen: A Tale of Alderley was published by William Collins & Sons, London, in 1960

The Moon of Gomrath was published by William Collins & Sons, London, in 1963

Boneland was published by 4th Estate, An Imprint of HarperCollins, London, in 2012 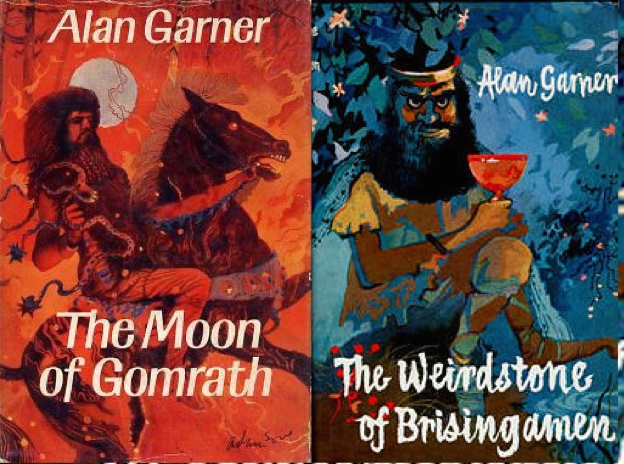