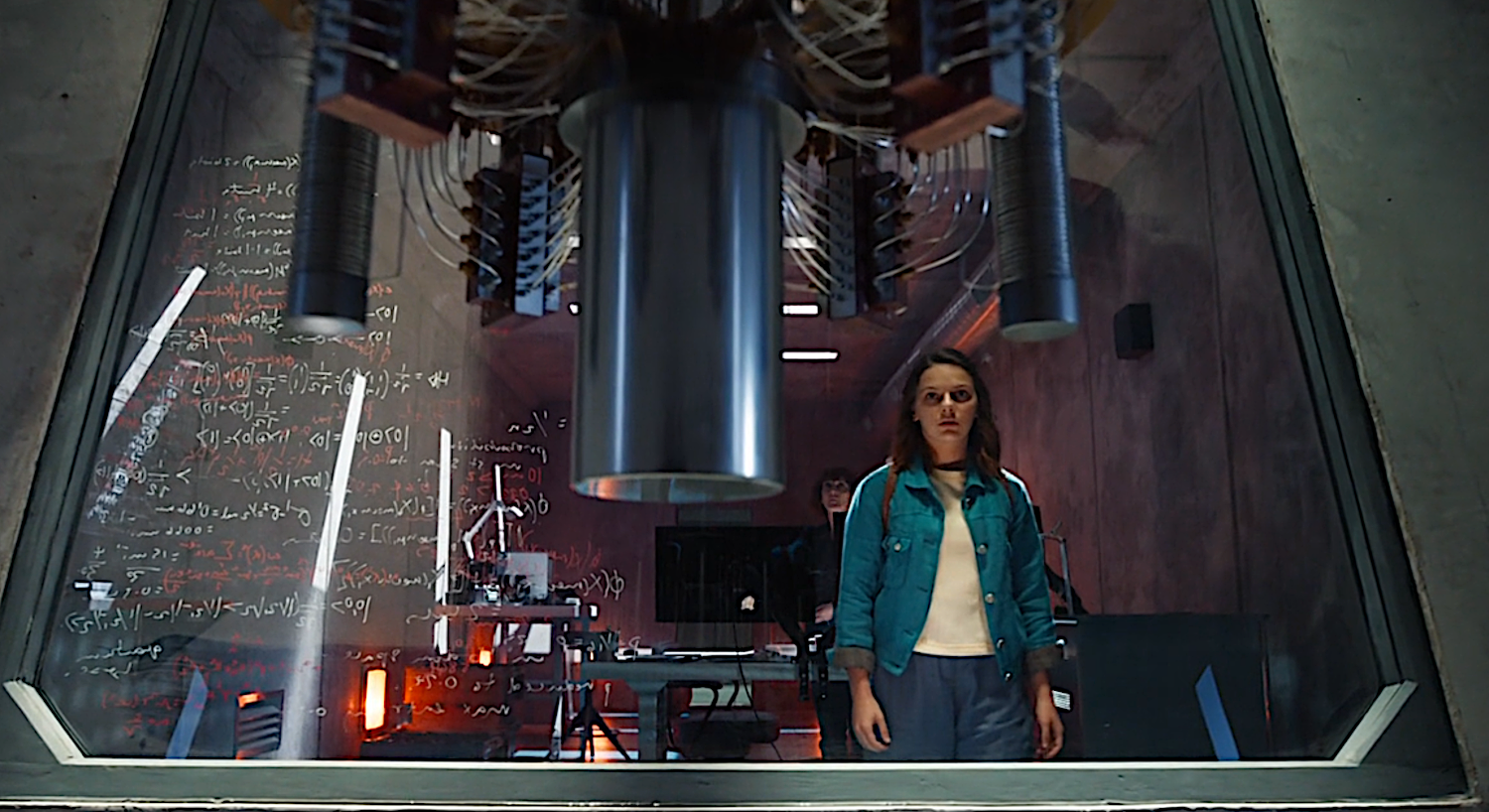 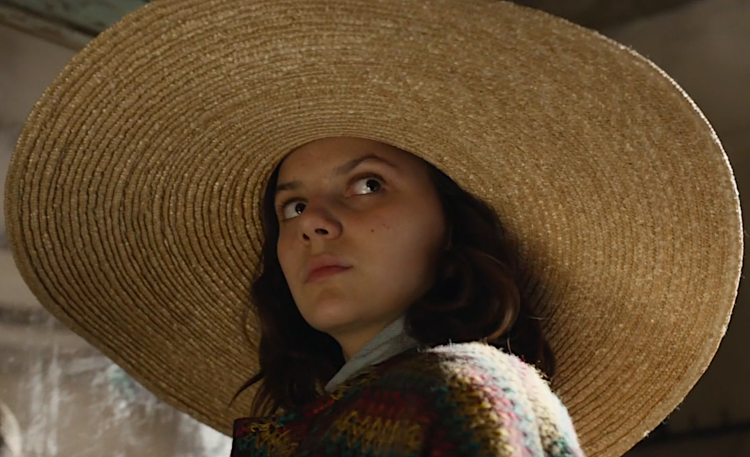 When Will and Lyra’s stories were separate in Season One, the children seemed a little too grown-up. Now that Lyra and Will’s paths have merged, there finally seems to be a real sense of youngness about them. Jack Thorne, this week co-writing with Francesca Gardiner, continued with what has been a simple and natural creation of a friendship between Lyra and Will, with some welcome humour (see Lyra channelling Clint Eastwood) to lighten the weight the two are bearing on their young shoulders.

Lyra enters Will’s Oxford for the first time in The Cave. Will is still a bundle of nerves, but some of Lyra’s confidence starts to wane when she enters the unfamiliar world, along with an aching reminder there is a lot of homesick little girl left in her as she barrels through an alien Oxford in desperate search of Jordan College. Despite Will’s own misery and tension, he still takes the time to wash Lyra’s knee after she is almost struck by a car. The scriptwriters addressed something from the book this week that really made me smile. Will took great affront to being called a ‘murderer’, just as I did when I read it for the first time in The Subtle Knife. It has never struck me as far that the Alethiometer should call him that, even if the artless Lyra takes it to mean only that he is a worthy companion. The interactions between Lyra and Will stuck very closely to the books this week, with Will a little more verbal perhaps, but both of the children confessing their pain to each other, strengthening the trust between them.

Continuing on their journeys, Will sees the family lawyer, only to discover he has a set of grandparents, who betray him almost as soon as they meet him. And Lyra finally meets Mary Malone, the scholar she is in search of to tell her about Dust. Some critics have complained that the only people who will understand His Dark Materials will be book fans. At this point the viewer is not supposed to know any more about Dust than Lyra or Mary knows. What Lyra tells Mary is almost exactly as she told it in the book, as are Mary’s responses. I know that television writing is generally unsubtle and veers towards immediate gratification but viewers will have to exercise some patience here. Not that book readers have all the answers about Dust. That’s the beauty of Pullman’s writing. Mary has already revealed one of the most important factors. Dust is conscious. I had been looking forward to seeing Lyra meet Boreal in Will’s Oxford. The original Boreal is a silver-haired man in his sixties who could pull off a kindly gentleman act and not arouse too much suspicion. Ariyon Bakare’s Boreal wasn’t quite able to drop his slightly sinister edge with Elaine Parry, although that was in part because of Elaine’s justified fear of him. But Lyra responded to him as a child might respond to a polite senior, Boreal exuded a naturally friendly exterior I think he has thus far been missing. I think that this season, with much more of the source material entering on Boreal as well, we will see him more closely connected to the original character. The more involved backstory Thorne created for him and Will will really complement what will play out over this season. 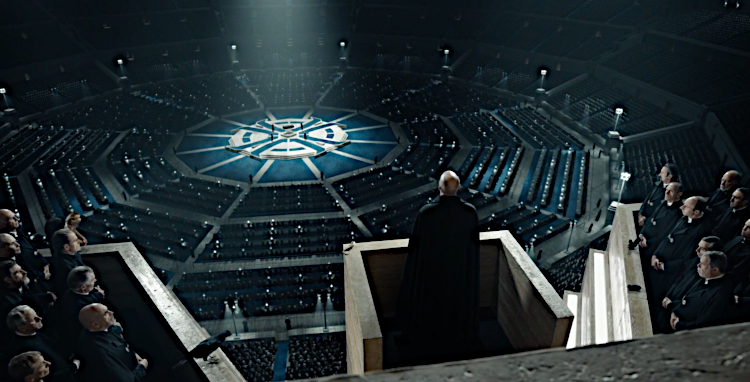 The Magisterium, which I thought was getting a little bit panto-villain last year, seems to have gone full fascist this season and it has been very impactful. The Nazi-like imagery has always been striking and Will Keene’s Father McPhail, fresh off conspiracy to murder the Cardinal with Marisa Coulter, cut an impressive figure this week addressing a vast stadium of churchmen. Dressed in glittering black, all the better to stand out in a sea of black robes, Mrs. Coulter’s position and ‘plight’ are ever-emphasised by her being the only female on the screen when the Magisterium is portrayed. Father Graves’s speech about the witches allegedly hiding the powers of dæmon separation was rather interesting, as was his very medieval speech about witches using “their soft, deceitful ways to seduce us. They steal men’s seed and then they abandon their offspring.” His barb about it being unnatural for women to leave their children hit home with Mrs. Coulter, who had been avidly listening to the witches’ Consul, Dr Lanselius describe the separation ritual. It is interesting that the Magisterium, so obsessed with Dust, would be so eager to learn how witches separate, when they consider witches evil and sinful. It emphasises both the blindness and the hypocrisy of their beliefs.

This week two important aspects are emphasised, that the Magisterium are militarised, and that Mrs. Coulter has managed to take control of Father MacPhail, now Cardinal, after essentially planting him in the position. The imprisoning of a civilian, Lanselius, and the subsequent unprovoked attack on the witches demonstrates both the power and ruthlessness of the Magisterium. In some ways the Magisterium has been a little too benign. We did see their military might displayed when they descended on Asriel’s lair, but Bolvangar was a world away and under the control of Mrs. Coulter. And, usually, in contrast to Mrs. Coulter, the men have been ineffectual. The war crimes committed by the Magisterium this week leave Sturrock and his ‘superstitious old men’ behind. 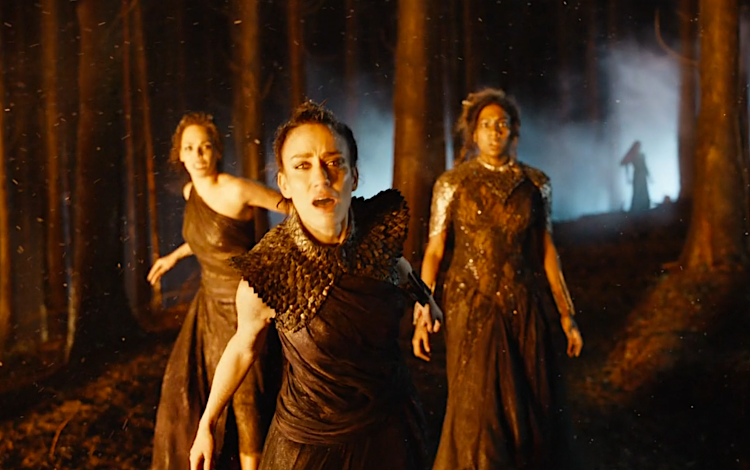 In some ways the witches are never going to be fully satisfying on-screen without some created motivation. The difficulty with prophecies is that they are insubstantial. They don’t work as a main focus or motivation, particularly onscreen, particularly to more modern and secular audiences. In the book we have Serafina’s internal dialogue to guide us. On screen the writers have decided to create more, and it’s a sound decision. Last week Ruta Skadi was given Serafina’s part in saving the unnamed witch from torture, and this week the Magisterium lays waste to Serafina’s clan’s home, presumably taking the lives of many innocent witches. While the witches being happy to help Lyra along as she fulfilled a prophecy that only the witches knew about worked just fine in the novel, it’s not going to work as well on screen. Introducing Ruta in this way worked well, as Serafina has been to Bolvangar to witness Intercision. Ruta’s motivation in the books, as we know, was to destroy the Magisterium, with child genital mutilation one of her main concerns. Being at actual war with the Magisterium, and not just an agent in Asriel’s war or a higher prophecy, gives the witches a lot more agency on screen.

Will’s and Lyra’s trip into his Oxford was a little altered but stayed close to the course material where it counted, with much of the important dialogue retained. The revelation of Will’s grandparents was another good decision, as it was necessary to replace Will’s trip to the library to hunt through microfiche files, a now almost-obsolete system. His grandparents revealed both that they ‘didn’t approve’ of his mother and that they were ready to immediately betray him to the police, showing that will has no adult support system at all, he cannot trust the adults in his life bar one, who he has left his mother with, and that he is absolutely alone. Besides Lyra. And neither of them can trust the adults in their life, so they essentially need each other. Will and Lyra pouring their hearts out to each other, in their own way, in the Botanic Gardens, would have stirred a lot of emotion in readers this week. For me, the important thing was seeing the two children bonding, and being children. 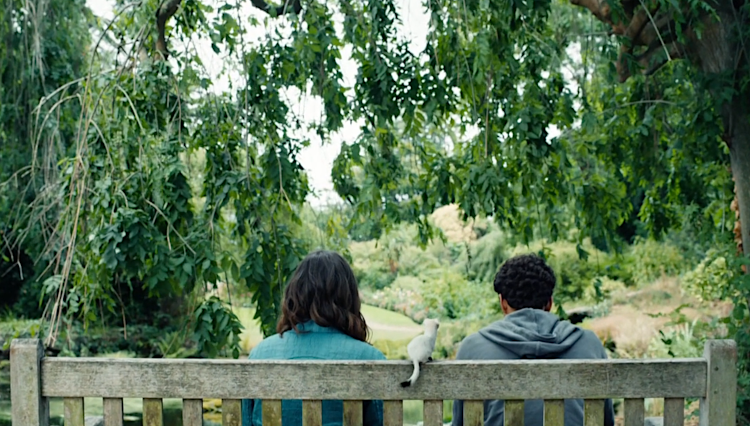