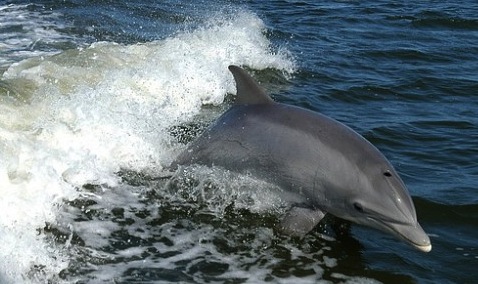 Next Time You See A Dolphin Punch Him In The Nose 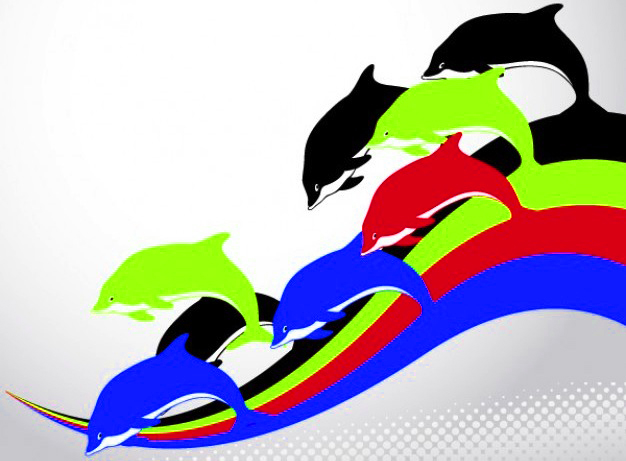 Dolphins, the jesters of the sea, always laughing and playing, and when they’re not rescuing lost sailors by showing them the way to land they’re helping young Timmy defeat smugglers in the Florida Everglades. “And we woulda got away with it if it weren’t for those darn kids and their clever dolphin.” There’s even the story of a pregnant couple, high on new age wisdom, from North Carolina who plan on travelling to Hawaii so that dolphins can be present during the ocean birth of their child. Adam and Heather Barrington told the Charlotte Observer that dolphin midwifery would bring ‘peace, comfort and strength’ to mother and baby.

Dolphins have had a reputation for being clever, friendly and helpful to humans since ancient times. Plutarch in the essay De Sollertia Animalium (The Cleverness Of Animals) in the Moralia (Vol. XII, Loeb Classical Library Edition, 1957) recounts the tale of Coeranus;

a Parian by birth who, at Byzantium, bought a draught of dolphins which had been caught in a net and were in danger of slaughter, and set them all free. A little later he was on a sea voyage in a penteconter, so they say, with fifty pirates aboard; in the strait between Naxos and Paros the ship capsized and all the others were lost, while Coeranus, they relate, because a dolphin sped beneath him and buoyed him up, was put ashore at Sicinus, near a cave which is pointed out to this day and bears the name of Coeraneum.

And the story of Iasus, a boy who would swim and play with a dolphin all day, the friendship between the two was so great it was thought to be true love;

when the boy mounted upon its back, it was not reluctant, but used to carry him with pleasure wherever he directed it to go, while all the inhabitants of Iasus flocked to the shore each time this happened. Once a violent storm of rain and hail occurred and the boy slipped off and was drowned.The dolphin took the body and threw both it and itself together on the land and would not leave until it too had died, thinking it right to share a death for which it imagined that it shared the responsibility.

In the Homeric hymn Dionysus, the Greek god of wine and pleasure, was travelling incognito when Tyrrhenian pirates attempted to capture him to sell him into slavery. He drove them mad with hallucinations and when they dove into the sea, he turned them into dolphins.

The belief that dolphins were once human, are reincarnated humans or are closely related to humans is an ancient one that is perhaps derived from their curiosity toward fishermen and seafarers and their playful social behaviour.

There is no doubt they are smart, and their playful antics amusing. However, the next time I see a dolphin I’m going to punch him in the nose. Yes, you heard me. And you should too.

Most people are beguiled by the myth of the dolphin, charming, clever and above all free, frolicking in the ocean, eating fish, fighting sharks, rescuing people and even helping the navy. few people are aware of their dark, sinister side.
Reports of dead seal pups, found on beaches in Virginia and the east coast of Scotland baffled marine and environmental scientists. In Scotland it was first assumed the deaths were caused by undersea blasting for oil rigs. However, examination of the bodies of the young mammals revealed broken rib cages and crushed skulls, hard impact injuries rather than those caused by a shockwave. Most telling of all, were teeth marks on the bodies. Dolphin teeth marks.

Footage taken by tourists confirmed the theory. Dolphins were hunting and killing infant seals.
It wasn’t for food. Chilling video showed powerful dolphins swimming through the water at great speed, the smaller animal’s desperate evasive efforts, futile against the much faster and larger dolphin, ramming and battering the infant seal with a long hard nose, the dolphins grim killing done, they would toy with the victim, flipping it in the air a few times to make sure it was dead, and then they would leave the brutalised body floating there for scavengers.

They weren’t eating them, so why were dolphins so determinedly murdering baby seals?
Tracking the same group of dolphins, scientists observed that dolphins would in exactly the same manner hunt and kill both young porpoises and young dolphins of other family groups.

Marine biologists have theorized young dolphins would perhaps be competition for food and rivals for mates for their own young in the future. Killing the rivals now when they were infants was simply part of the way a dolphin insures the future for its own young. Dolphins, it seemed, were being the worst kind of over protective parents, and the murder of seal pups was just a kind of grim collateral damage. The seal pups and porpoises were being mistaken for rival infant dolphins.

Another theory is that dolphins ram, beat, murder and toy with other infant mammals simply because they enjoy it. It’s play. They are animal serial killers.

So, dolphins are not the fish eating purveyors of peace and rainbows from myth and popular culture, they are brutal, child murdering bastards. That’s why the next time I see a dolphin, I’m going to punch him in the nose.