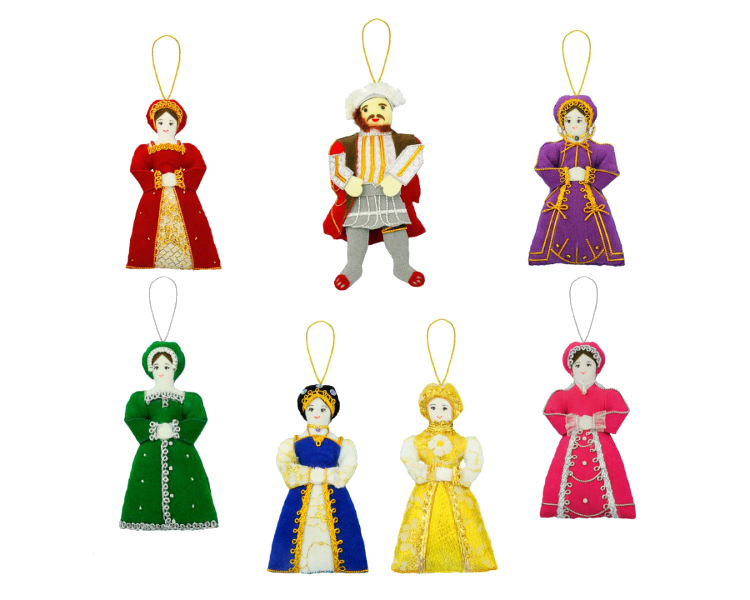 A Tudor Christmas by Sarah Bryson

Olga Hughes
Historical MiscellanyHistory
December 13, 2016
On the first day of Christmas Sarah Bryson introduces us to Christmas with the Tudors!

Christmas during the Tudor period, especially during the reign of Henry VIII, was very different to how many of us celebrate it today. The four weeks leading up to Christmas was known as Advent and consisted of fasting and a limited range of foods which were allowed to be eaten. Christmas Eve was particularly strict and people were not allowed to eat eggs, cheese or meat. However when Christmas day came around the Tudors were allowed to cast off the food restrictions and enjoy a lavish feast!

The Twelve Days of Christmas

In modern times Christmas Eve and Christmas Day are celebrated however during the Tudor period they had twelve days of celebrations which began on Christmas Day and ended on Epiphany, Twelfth Night. During these twelve days the Tudors also celebrated New Year’s Day on January 1st, although during the Tudor period New Year’s Day was celebrated on the 25th of March. This day was known as the Feast of Annunciation, the time in which the angel Gabriel came to earth to tell Mary that she was pregnant with the baby Jesus.

The Twelve Days of Christmas was an important time of celebration during the Tudor period. During this time all work on the land was stopped (except for the tending of animals) and men and women were not allowed to plough the land or partake in spinning. Often flowers were placed around the spinning wheel to signify the stop of work. Instead of working people were encouraged to come together, for families and communities to get together to celebrate and share. People would also share the traditional “minced pye” which consisted of thirteen ingredients which represented Jesus and his thirteen apostles. These ingredients included dried fruits, spices and of mutton, which represented the shepherds who visited Jesus.

Christmas trees as we known them today were not typically part of a Tudor Christmas, although they did appear in Germany around 1520. Instead on Christmas Eve Tudor people would decorate their homes with holly, ivy, mistletoe, box, laurel and yew. 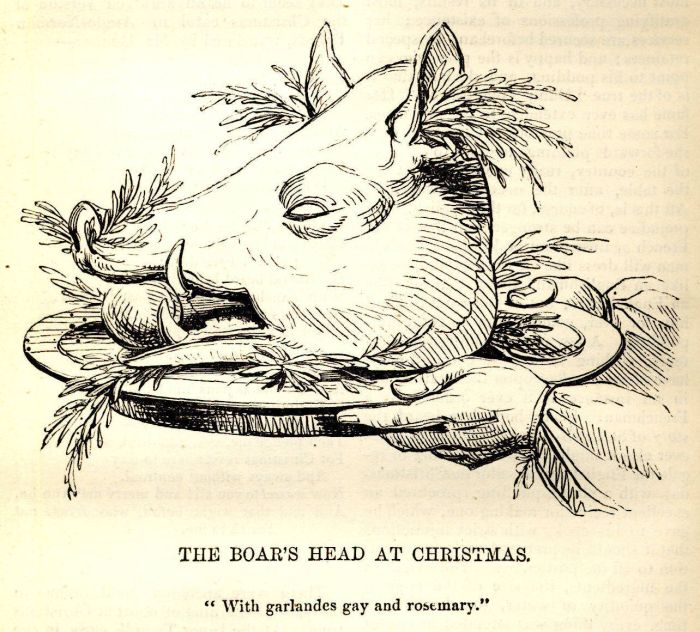 Lavish feasts were generally only held by the wealthy and may have consisted of a rather extraordinary dish which was a pastry pie containing a turkey stuffed with a goose which was stuffed with a chicken which was stuffed with a partridge which was then stuffed with a pigeon!! In addition to this the pie would be served with hare, wild fowl and game birds… as well as a range of other delicious dishes! (It is no wonder that only royalty and the wealthy could afford such a lavish and expensive feast!!) Another tradition was to skin a peacock, cook it and then insert it back into its skin. The peacock was then presented in all its stunning feathers but inside it was ready to eat! Wild Boar was also a popular choice and the cooked head was often used as a table presentation. Other meats consumed consisted of goose and swan. Turkey was not brought to England from Europe until 1523, but would soon become a regular at Christmas meals.

Not surprisingly after eating such a rich and heavy meal people did not feel like participating in physical activities and so in 1541 Henry VIII introduced the Unlawful Games Act which forbade any sports being played on Christmas day except archery.

On Twelfth Night, the last day of The Twelve Days of Christmas a fruitcake would have been shared amongst the guests. Inside a coin or a dried bean was hidden and whoever found the object would become the King or Queen of the celebrations for the night. This tradition is still carried on in many homes on Christmas Eve or Christmas day and often consists of a coin hidden in the fruitcake.

Another part of the lead up to the Twelve Days of Christmas was the Boy Bishop. This tradition started in the 10th century and continued on until 1541 when Henry VIII banned it. The Boy Bishop was a boy selected from the Choir, who would then dress up in full Bishop’s clothing and partake in many activities including leading processions around his community and collecting money for the church. The Boy Bishop of St Paul’s Cathedral would lead a procession through London to bless the city. The Boy Bishop lasted from St. Nicholas Day (6th December) until Holy Innocents Day (28th December). Interestingly, despite the tradition of the Boy Bishop being banned, some churches in England such as Hereford and Salisbury Cathedrals continue the practice in today’s times. 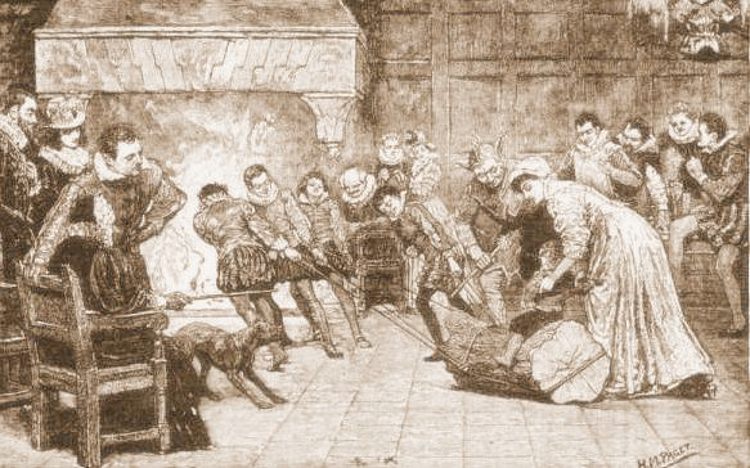 Part of the Twelve Days of Christmas celebrations was the Yule Log. This was a large log of wood which was brought into the home on Christmas Eve. It would have been decorated with ribbons and then put on the fire on Christmas Day. The log would then be kept burning throughout the Twelve Days of Christmas. It was considered lucky if remnants of the previous year’s log was used to light the current Yule Log. This tradition is thought to date back to the time of the Viking’s when they lit huge bonfires in midwinter to celebrate the festival of light.

The Lord of Misrule

The Twelve Days of Christmas was a time of celebration, feasting and entertainment and at the head of this was The Lord of Misrule. The Lord of Misrule was generally a commoner who was selected to be in charge of the drinking and entertainment throughout the Twelve Days of Christmas. Their duties also included causing chaos (in a fun way) and in general keeping the atmosphere at court fun and entertaining. This tradition of a Lord of Misrule may have dated from the Roman times when it was believed the Roman masters let their slaves act as boss for a short period of time. 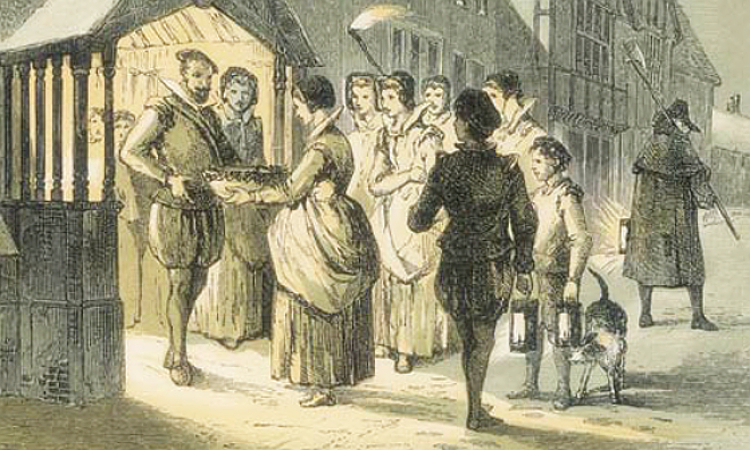 There is not a great deal of information about this tradition but it is believed that the word came from the Anglo-Saxon period and means “your good health” or “be whole”. The Wassail bowl was a communal wooden bowl which could be filled with up to a gallon of hot ale, apples, spices and sugar. At the bottom of the bowl was a crust of bread. People would take turns drinking from the Wassail bowl and then when finished the crust of bread was presented to the highest ranking person at the meal. This may be where our modern day tradition “to toast” comes from.

The word “carols” may have come from the Latin word caraula or the French word carole, either way it meant ‘a dance with a song’. Christmas Carols were an important part of the Twelve Days of Christmas. During the Tudor period people would use singing and dancing to tell the story of the Nativity as well as for entertainment.

Although the Tudors celebrated New Year’s Day on March 25th, January 1st was an important part of The Twelve Days of Christmas. For the upper class it was the day to give gifts to one another and to the King. If the King accepted your gift it was a sign that you held his favour and in return the King would give a gift back of more monetary value. By presenting the King with lavish and expensive gifts and having them accepted was a way that courtiers could assert their wealth and favour. An example of this was in 1532 when Henry VIII accepted a gift of richly decorated Pyrenean boar spears from Anne Boleyn while he rejected a gold cup from Queen Katherine of Aragon. In return Henry VIII gave Anne a matching set of hangings for her room and bed, in cloth of gold, cloth of silver and richly embroidered crimson satin. 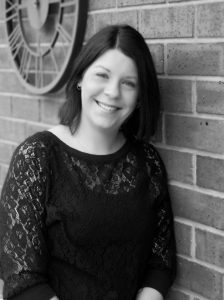 Sarah Bryson is a researcher, writer and educator who has a Bachelor of Early Childhood Education with Honours. She currently works with children with disabilities. She is the author of Mary Boleyn in a Nutshell and Charles Brandon: The King’s Man.

Sarah is passionate about Tudor history and has a deep interest in Charles Brandon, Duke of Suffolk, Mary Boleyn and the reign of Henry VIII. Visiting England in 2009 furthered her passion and when she returned home she started a website, queentohistory.com, and a Facebook page about Tudor history. She lives in Australia, enjoys reading, writing and Tudor costume enactment, and is currently working on a biography of Mary Tudor, sister of King Henry VIII.