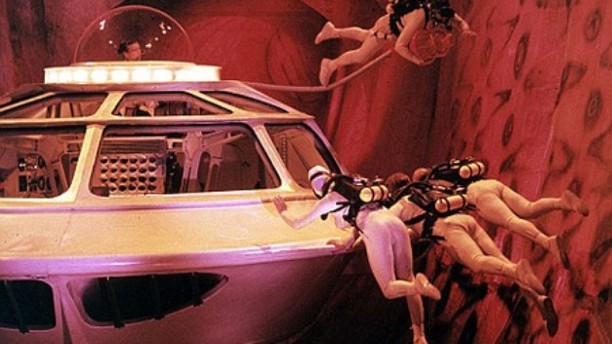 A team of scientists at South Korea’s Chonnam National University have developed nanorobots that detect at fight cancer cells at the site of the cancer in the body.

The scientists have genetically modified a non-toxic salmonella bacteria that targets particular chemicals only secreted by cancerous cells. Once the bacteria arrives at the cancer microscopic robots measuring only 3 micrometres in diameter release cancer-fighting drugs directly at the site of the tumour.

Current chemotherapy uses chemicals that target rapidly dividing cells, one of the main traits of cancer cells. This method also attacks other cells that that divide rapidly, including bone marrow, hair and cells in the digestive tract, causing severe side-effects.

By delivering cancer fighting agents directly to the tumor, the ‘Bacteriobot’ attacks only the tumor, leaving healthy cells unaffected, so patients no longer suffer the illnesses associated with chemotherapy side-effects.

The Bacteriobot, technically a nanocyborg, as it combines both robotic and organic material, has worked successfully in mice, and should prove equally successful in humans. So far it can only treat tumor-forming cancers, but the team are confident that with some adjustments Bacteriobot will be able to target other cancers.

“This is the world’s first nanorobot for active medical treatment,” the South Korean Ministry of Science, which helped fund the project, has proudly declared.