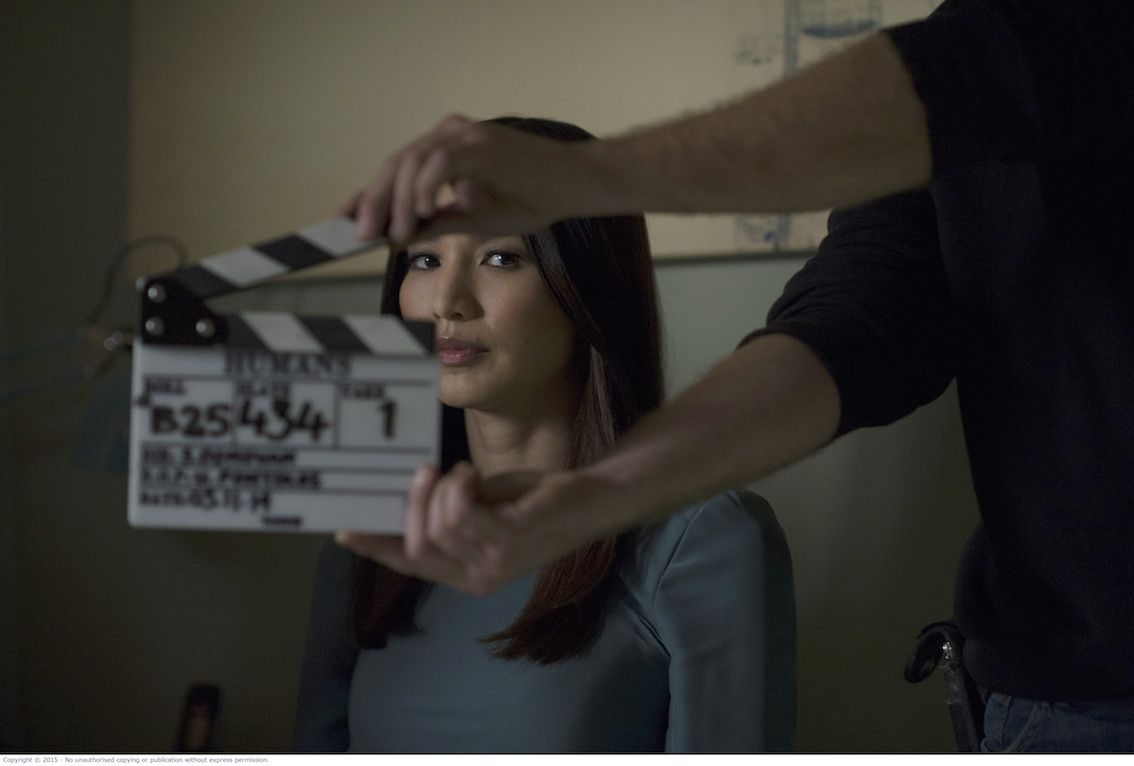 The 1970 study Bukimi no Tani, by pioneering roboticist Masahiro Mori demonstrated that the aesthetic appeal of a robot increased with an increasing likeness toward the human. Then, at a degree of almost, but not quite human appearance, the line on the graph suddenly dipped. People responded to the almost but not quite human with a sense of wrongness, of creepiness, of the uncanny, which Mori dubbed the Valley Of Eeriness, and later translations called the Uncanny Valley. 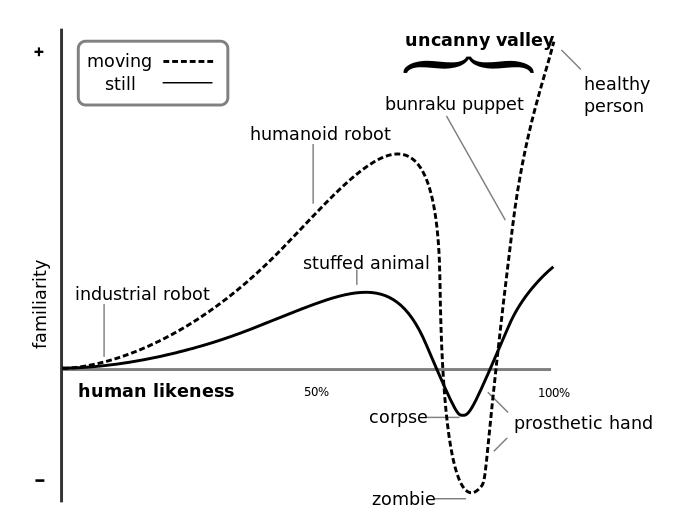 The study measured anthropomorphism and degree of familiarity against an empathetic reaction. It explains why Astro-Boy and Pinocchio are cute, why Wall-E has large binocular eyes, and why the androids of Blade Runner, and the Humanoid Robots of the series Humans, despite looking more like us, are weird, alien, even threatening. It is perhaps a measure, as in Blade Runner, not of a fear of superiority, but whether an empathetic response is reflected back to us.

It also explains why Hitchbot, although having successfully traversed Canada, Germany and the Netherlands, encountered hostility when it reached more primitive regions. The Hitchbot project involved releasing a remote robot, fitted with equipment to record its travels and encounters, and a limited form of interactivity, into the wilds of the world’s highways. Looking something like a solar panel covered garbage can, with enclosed LED screens behind perspex displaying images approximating a face at the top, and rubber arms and legs attached, Hitchbot on a first encounter is more like a parody than a being. Clearly at some point on the outskirts of Philadelphia, Pennsylvania, USA, it failed to generate a sufficient empathetic response in the humans that encountered it, and while this may have been a fault in the humans, studies in the genetics of our pets and domesticated animals, and in the domestication of previously wild species, such as the Russian silver fox, cuteness, or kawaii, as they would say in Japan, is a survival trait that animals that live alongside humans also develop. Wild cats, dogs, foxes, are mottled, grey, or dun; dull, camouflage colours. As seen in the development of silver foxes, over 50 years of selective breeding for friendliness, tameness, tail-wagging, cute colours and patterns seemed to develop in parallel with cute behaviour. It has long been observed that cats do not make cute little miaows when communicating to each other, that is something they only do with us. Hitchbot, to survive, needs to evolve, achieve a measure of person-hood, big friendly lenses, perhaps remote independent movement, some R2D2-like beeping – the robotic equivalent of the cat’s miaow. To escape the valley of eeriness, to inspire empathy, Hitchbot and other robots need to be kawaii. 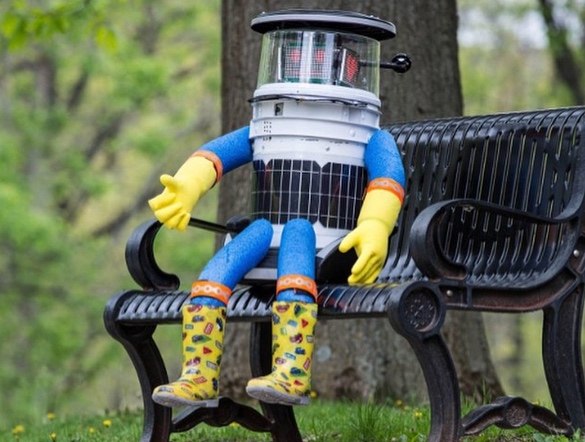 The series Humans (based on the Swedish series Äkta Människor – Real Humans) explores the social and personal consequences when developments in AI technology result in hubots – humanoid robots or synths – becoming commonplace. As servants, workers, carers, companions, sex slaves, synthetic humans suddenly seem to be in all walks of life. The androids of Humans are both superior in skill, in information, endurance and strength, but lack, the agency, the will of being. Mostly. One small group, created by the scientist who developed the synths, has been given independent thought, independent feeling, what might be described as genuine, independent life. The consequences of that is far reaching for the androids themselves, as they are hunted by a shadowy government agency, and for the people that take them in and hide them. Are they a threat, or does their human-like intelligence, the ability to store experience digitally inside immortal synthetic bodies, offer the key to the next stage in human development?

Gemma Chan gives a mesmerizing performance as a synthetic human, acquired by the Hawkins family and given the name Anita. Unbeknownst to them, suppressed in code under the robotic personality of Anita, is Mia, an independent android with her own history, motivations and goals. Her reserve is at once robotic and elegant, uncanny and entrancing, flashes as the personality of Mia breaks through glassy surface, frightening. It’s a portrayal that may require a rewriting of Masahiro Mori’s graph. Humans is a glimpse of an all too possible future that is both intriguing and disturbing.

Currently showing on ABC2 on Monday nights at 8.30, thanks to Roadshow Entertainment we are celebrating this ground-breaking production by giving away 15 DVD sets of Series One to our Australian readers. Series One will be available on DVD and Blu-Ray from Roadshow Entertainment on September 30. Special Features include Character Profiles, Greetings From The Set, Behind The Scenes, Being A Synth and much more. Series 2 will be broadcast in 2016.

To be one of our winners all you have to do is name any robot or android that is uncanny, or one that is kawaii. You can explain why, if you like. Winners will be selected midday on September 30, and the most original answers will win. Leave your answer in the comments below. 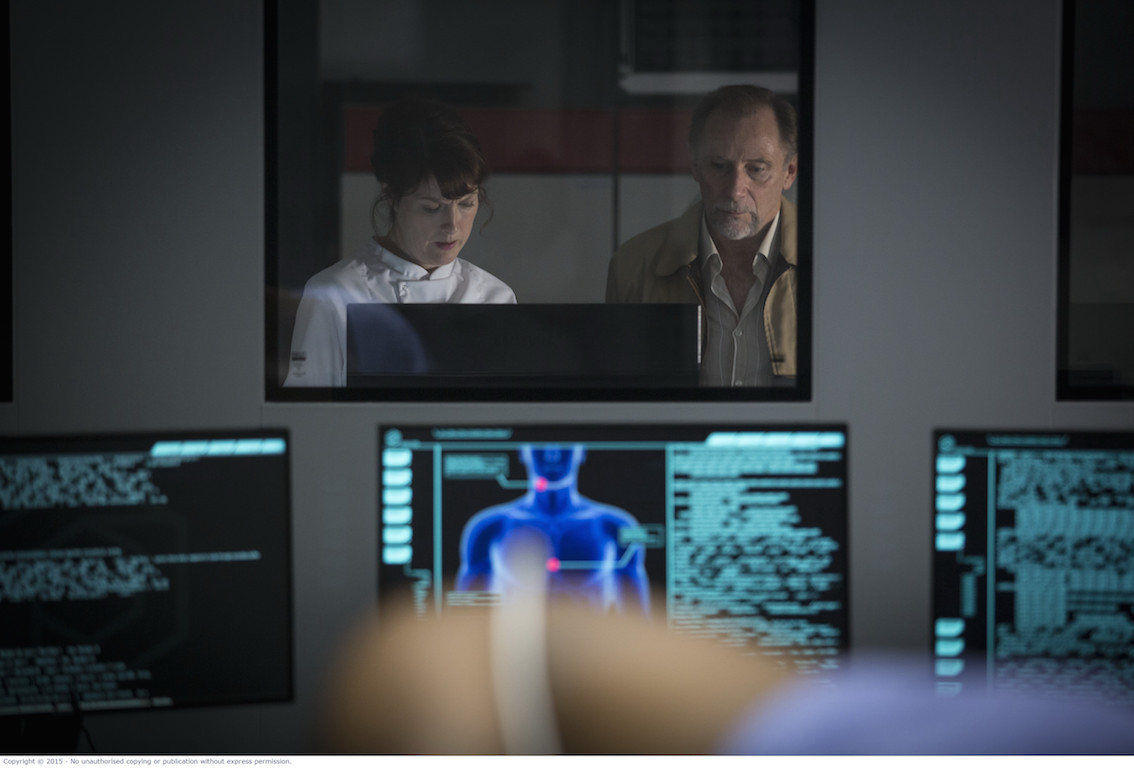 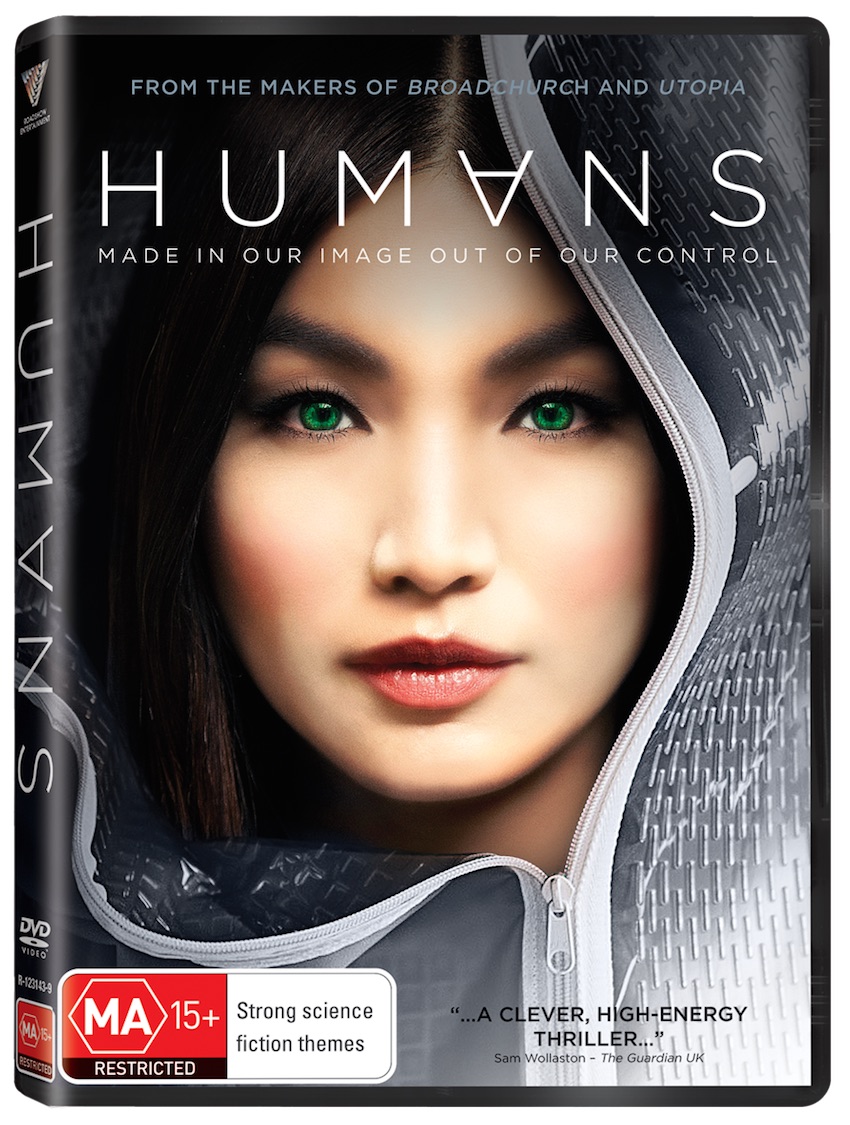