You Won’t Believe Who Drew This Doodle Of Indiana Jones In May, 1980

He’s the sardonic, whip-cracking adventurer who brings together the quest for knowledge, treasure hunting, scientific curiosity with skin-of-your-teeth breakneck adventure. He defeats Nazis, Thuggees and Chinese Tongs at the drop of a hat, by which I mean he drops his hat and accidentally avoids being killed be the aforementioned nefarious villains. He has something of a cowboy aesthetic, a mixture of museum dust and prairie dust, his eternal appeal combines something of the spirit of mystery of Sherlock Holmes with the 1930s American matinee idol. A little dustier than your usual American hero, and therefore more appealing.

This sketch is one of the first design pictures for the costume department, by, as you have probably guessed, director Steven Spielberg himself. It’s a simple, indeed a childish drawing, which just goes to show, to be a great film maker it is perhaps the overall vision, and how you realize it, how the director brings the imagined narrative to fruition, than any technically proficient artistic skill, that is most important.

Also, given his red hair, maybe we could have had Ron Howard as an action hero…the possibilities are terrifying. To quote Dr Jones himself, “Shut your eyes. Don’t look at it, no matter what happens!” However, with Harrison Ford in the role, it was one of the greatest action comedy adventure series ever made, and well worth watching again.

So, if you ever get discouraged in your creative or artistic pursuits, hang in there, like Indie, and remember, Steven Spielberg draws like an 8 year old, and look what he’s achieved. 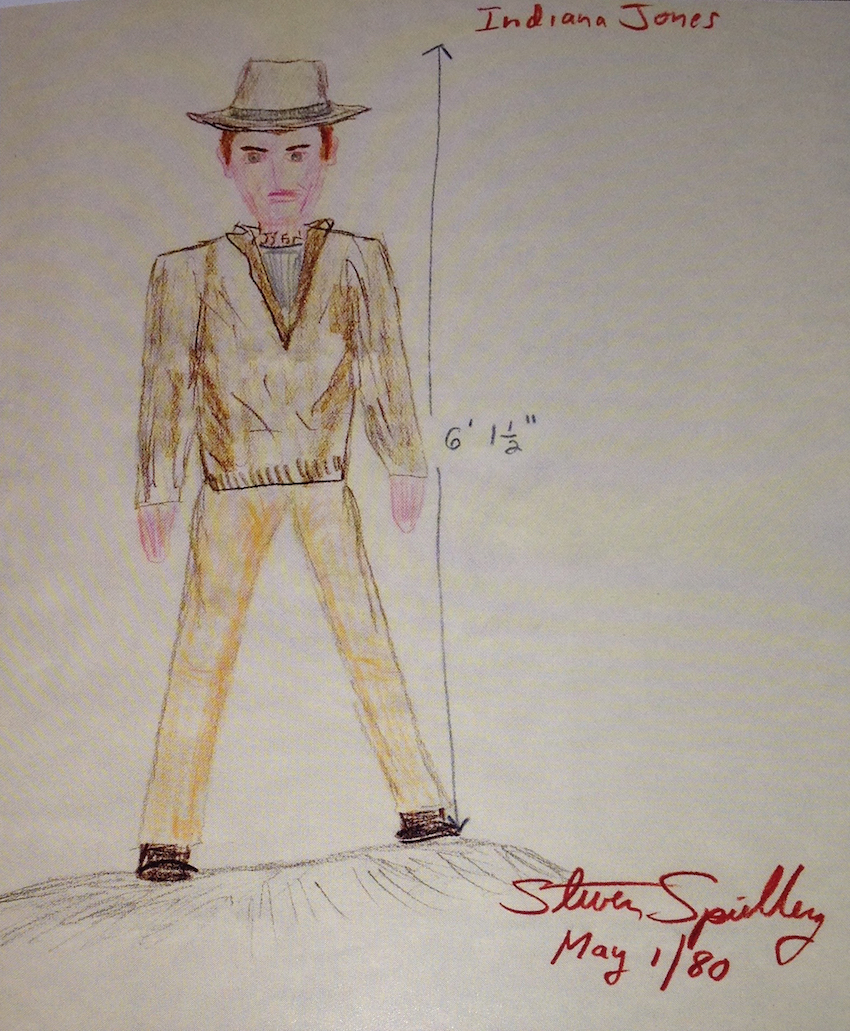