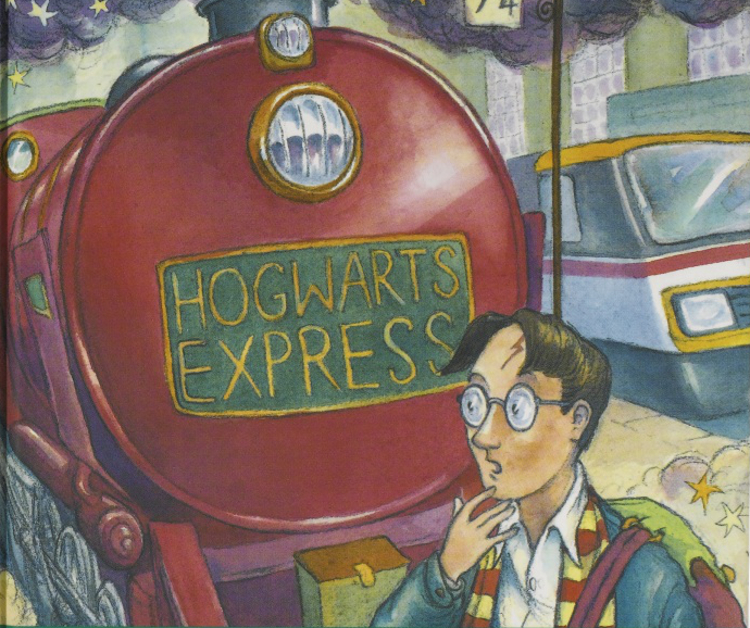 One of this week’s media trends has seen various newspapers and websites leading Harry Potter readers down the garden path, making vague claims that their old Harry Potter books could be worth thousands. It has clearly had some impact; being a collector I have a saved search on eBay for Harry Potter books, and the last two days the search has jumped from the usual dozen or so to more than sixty new books added, many with outrageous prices. Then this article took it a shade or seven too far, asking Is your Harry Potter book now worth millions? Millions?

Philip W Errington’s J.K. Rowling: A Bibliography 1997-2013 has recently been released, and in it  is a chart showing the values of early editions, complied from Errington’s work at Sotheby’s. Now it’s probably the case that most people writing the stories haven’t read Errington’s expensive academic title, despite encouraging mothers to ransack their children’s bedrooms for alleged valuables.

I haven’t read Errington’s bibliography, but it should contain the information that collectors already know about Harry Potter books in regards to numbers and identification points. The updated prices from his research at Sotheby’s will be more accurate than what most collectors were looking at years ago, because what the newspapers failed to mention is that the Harry Potter book-collecting frenzy goes through regular phases, but has generally died down since the release of the final movie. Ten years ago it was at its peak. 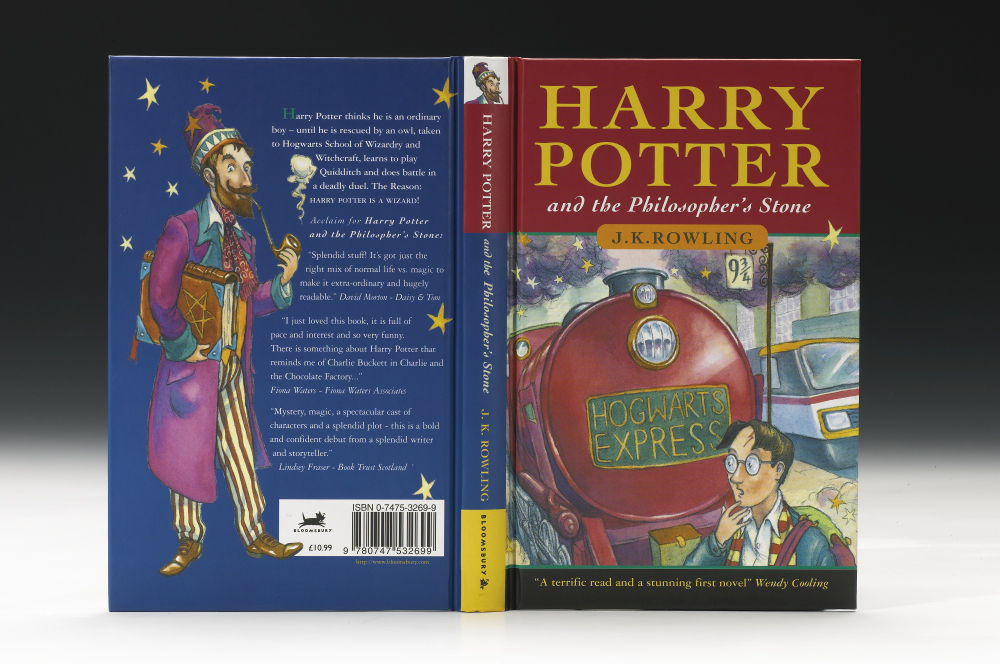 There is only one truly valuable Harry Potter book, and that is, of course, the first British edition of Harry Potter and the Philsopher’s Stone. Not the Australian edition published by Bloomsbury (which despite showing the date 1997 was probably printed in 1999) or the US Harry Potter and the Sorcerer’s Stone. Not the first edition, umpteenth print. But the first edition, first printing of Harry Potter and the Philsopher’s Stone published by Bloomsbury (and this is the important part) printed by Clays, with the number string 10 9 8 7 6 5 4 3 2 1 on the copyright page, and issued without a dust-jacket.It continues to increase marginally in value year after year. Jo’s personal copy, with handwritten notes, a 43-page commentary and 22 original illustrations sold for £150,000 at a charity auction held at Sotheby’s.

Chances are, you don’t have one. But here is what happens when people read newspapers.

I know I have about a dozen copies of 6th and 7th and 8th printings in a box somewhere left over from my bookshop. I used to sell them by the truck-load. Over the last ten years of collecting these books I have seen this happen at least four times, some newspaper runs an article on how valuable you old Harry Potter books supposedly are, and people start throwing money around like lunatics.

Now why are the copies above completely worthless (yes I said worthless) when you can get an alleged £40,000 for the first British edition of Harry Potter and the Philsopher’s Stone? Because they have printed millions of reprints, especially the paperbacks. If any early Australian paperback might be worth a few hundred dollars it would have to be a 1st printing, not a 6th printing, which they seemed to print a few hundred thousand of, let alone an 11th or 12th printing. And these are Australian paperback copies. The highest prices the Australian trade hardcover first edition first printing hit was around the $2000 AU mark, and then they dropped back to $5-600 for a few years then up again. The reason they’re desirable is because most people can’t afford a real British first edition (like me, and I have a lovely set of Australian firsts), so they collect US or AU editions. But they have to be first printings to be valuable.

Book values hinge on two factors. The first is the number of books printed, and the second and more important factor is the popularity of the book. That’s why a lot of specialist academic titles are not valuable, not in the tens of thousands range anyway. One really popular book, The Selfish Gene by Richard Dawkins, might fetch around $1000, but a rare mycology book, for example, might only fetch $200.

Now very few of you are going to have that in your closet. This is what the copyright page looks like: 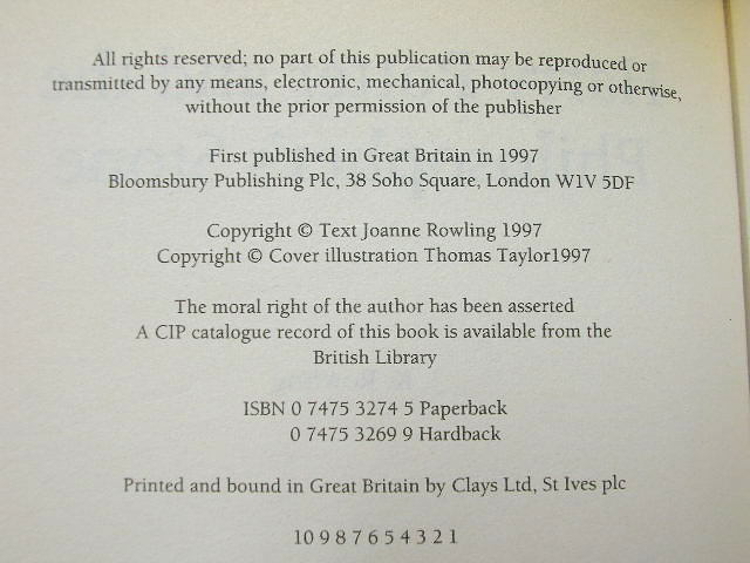 And another tip, the copyright belonging to “Joanne Rowling” means very little, that text remained unchanged throughout many, many reprints. Now remember, no dust-jacket, full number-string, printed by Clays, young Dumbledore in his groovy purple suit on the back and purchased by one of your clever, clever parents in a bookshop in the UK in 1997. Otherwise you are out of the running.

Regardless of whether or not you have the Holy Grail, first printings of Chamber of Secrets and Prisoner of Azkaban are also collectable. You can check out the various editions at Abebooks’ Guide to Collecting Harry Potter Books.