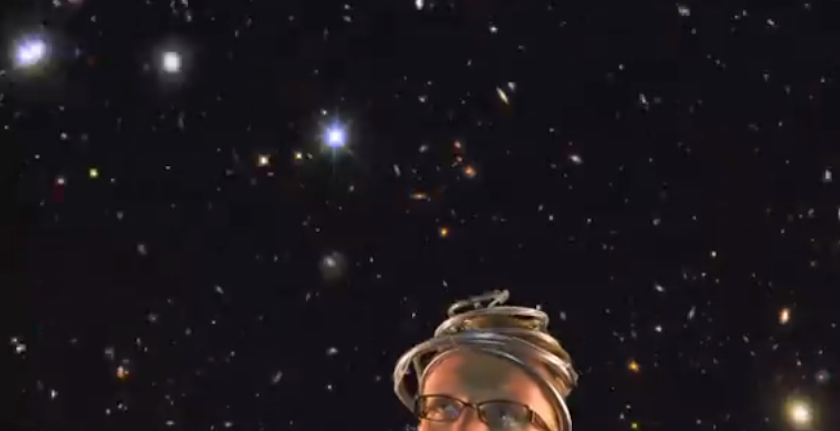 C S Hughes
Ridiculam Mundi
October 7, 2014
Axis Of Awesome – they are the comedic trio who rocked A Game Of Thrones with Rage Of Thrones, their comedy stylings gave the definitive musical answer to the world shaking question Why Do All Pop Songs Sound The Same? in 4 Chords. They are back with the new Axis All Areas web series, showing on the band’s official YouTube channel over the next few months, with numbers exploring equally vital question, and a collection of informative and humorous skits illustrating the serious business behind the scenes of making comedy music videos. And in an interactive first there’s a series of hidden Easter Eggs. No, not the hollow, chocolatey kind, but the kind with double secret hidden links in the videos to a series of mystery clips filled with humoury goodness.

Axis Of Awesome are just back from exploding all over the Edinburgh Fringe and we have been granted the opportunity to harangue them with some pointed and some not so pointed questions while they’re still jetlagged in this exclusive Q&A.

Firstly, I can absolutely confirm the book was better, but I just want to check – have any of you read The Lord Of The Rings yet?

Yes, absolutely. Jordan reads a chapter to Lee each night before bed, and will do the same for Benny when he’s old enough.

The first song released as part of Axis All Areas is Why Aren’t Lasers Doing Cool Shit? where in a retro chiptune pop tour de force you express disappointment that, while we are now clearly living in the future, our youthful dreams of the wonders of lasers have clearly not been fulfilled, instead they’re used for boring stuff like hair removal and dentistry. I’m similarly disappointed that we all don’t have helpful household robots or flying cars. However, I remember back in 1983 I once talked to a girl about how the first diamond she got was the needle in her record player, and the first laser I got was in my Sony CDP-101 CD Player. I thought that was pretty cool. Two questions from that. Other than vaporizing stuff, and perhaps shrink rays, and projecting giant ads for Ashley & Martin on the surface of the full moon, what other cool shit can you think of that lasers should be used for?

Well in the song we list things like Crystal Laser Shields and vaporizing the alien hordes. That obviously extends to things like lasers swords, laser dogs, cereal bowls made of lasers, laser hats and laser candy.

Also as rock stars you have undoubtedly talked to many girls. What’s it like?

Pretty much like talking to regular humans. We don’t feel there’s many differences between males and females, at least not that anyone has ever pointed out to us.

The second release in the series is Living Worlds Apart, a soulful, heartbreaking ballad about the doomed love between a legal secretary from the big city and Poseidon, God Of The Sea. While it’s true many ancient Greek Gods are notorious for having affairs with humans, this particular fish out of water story is particularly poignant, as they go their separate ways in the end, her to study law at college (perhaps specializing in Maritime Law?) he to seek solace in his watery grottoes with his fishy companions. Zeus variously disguised himself as a swan, a bull, a goat-man, a shepherd, and a beggar to seduce women, putting aside that ancient Greek women seem to have had very low (and sometimes very peculiar) standards, who (or what) could Poseidon disguise himself as, perhaps to rekindle the flame with his lost love?

Aaron Eckhart. Everyone loves that guy.

Now an astrophysics question. What do you think of the theory of Dark Flow – that a non-spherically symmetric gravitational pull from outside the observable universe is responsible for some of the observed anomalic motions of large objects such as galactic clusters in our universe?

Just three guys with the humble view that we want to change the world.

You use lots of costumes in your videos, and I’m amazed at the sense of authenticity you get from a bit of crumpled tin foil and some fake fur. You mentioned in the behind the scenes clip that fans helped you with making stuff and special effects. I just wanted to make sure you told them not to run with scissors, even the plastic ones, and not to eat the glue?

We are not responsible for any injuries sustained by our fans in their attempts to make things.

In a follow up to that one – did you use Clag or the expensive Aquadhere PVA?

While we all enjoy the grand theatricality of rock ‘n’ roll I’m sure all of your fans are fascinated to get a glimpse behind the scenes. But does seeing your idols in everyday clothes ruin the illusion? For instance, there was a picture of you in your ordinary clothes holding your instruments included with the Axis All Areas press release. Do you think that will make fans more loyal, like a Justin Bieber mugshot, or less loyal, like a Britney Spears mugshot?

We have a big ethos of trying to be available to our fans. After most gigs we head to the merch desk to sign merch and take photos with our fans, so hopefully it’ll make them more loyal, like an Aaron Eckhart mugshot. Everyone loves that guy!

Now on politics. Was the whole Edinburgh Festival a “bread and circuses” distraction that helped sabotage the Scottish Independence vote? In a related question – if you’re covering Andy Stewart’s Donald Where’s Your Troosers?, do you wear underwear under your kilt, or nay?

Finally, George W Bush said some awfully mean things about you a few years ago. Do you have any response? When will you finally allow the US to inspect your Weapons Of Mass Destruction?

We’ve been fully available to GWB for years, in fact it’s he who is playing hard to get. Hopefully he’ll respond to our requests for a cameo in a music video soon.

The Axis Of Awesome are Jordan Raskopoulos, Benny Davis and Lee Naimo. They have just returned from a world tour, performing to sold out shows at the Edinburgh Festival Fringe, followed by their second tours of Germany and the United Kingdom, playing over 50 shows through August and September. They’ve arrived back in Australia to launch Axis All Areas and they’re not tired at all! Critically acclaimed, they have won numerous awards, including the recent Time Out Award for Best Australian Act at the Sydney Comedy Festival and the coveted Moosehead at the Melbourne International Comedy Festival. Follow them on Facebook, watch the trailer below and click any link for more Awesome.