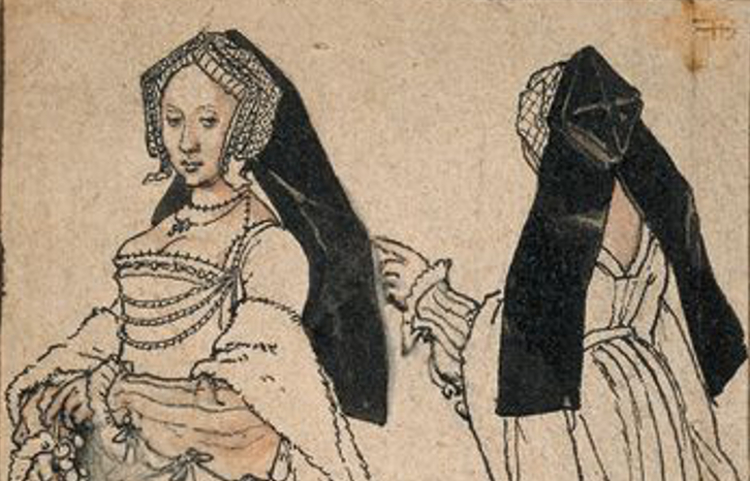 “War and hate are their business, and one of their chief weapons is un-Naming—making people not know who they are. If someone knows who he is, really knows, then he doesn’t need to hate. That’s why we still need Namers, because there are places throughout the universe like your planet Earth. When everyone is really and truly Named, then the Echthroi will be vanquished.”
– Madeleine L’Engle “A Wind in the Door”

In Jane Boleyn’s world the term Echthros, from the Greek (Ἐχθρός), meaning “enemy”, was a familiar enough concept.  In Madeleine L’Engle’s universe the concept of Echthroi presents the danger of un-Naming, the loss of identity and individuality. Western culture has a keen sense of self, and the exploration of self.  Self-actualisation, self-fulfilment, self-understanding. What happens when that self is taken away?

In the course of history we have lost millions of individuals, un-named, anonymous individuals who once walked the earth. They may be lost to us but they once meant something to someone in their lifetime. Then we have individuals like Jane Boleyn, who, while unimportant in the larger frame of history, were attached to important people. We have lost large parts of Jane’s life. But the lack of documentation regarding Jane allows for speculation, embellishment, and manipulation.

Being attached to two terrible scandals in the reign of Henry VIII, scandals that led to the execution of two of his wives, leaves Jane vulnerable. There are no records of Jane that may have helped to explain her motives and to show us some of her true character. You may not consider Jane to be nameless. We know her most frequently as the Lady Rochford, the name she took to her grave. But just as frequently she is known as Jane Parker. Her maiden name, one she did not use for the last half of her life, most of her adult life. The name Boleyn, so important to the other members of the family, is often denied her. Anne’s sister Mary is rarely referred to as Mary Stafford. Mary is always Mary Boleyn, and Thomas Boleyn is rarely named by his title of Wiltshire. The more recognisable family name draws attention.

Jane is un-Named with such frequency it betrays the long-waged campaign against her. It is a campaign keen to keep her in her place. Away from her husband. We can disconnect Jane Parker, or even “that bawd, the Lady Jane Rochford”, from George Boleyn. Were writers and historians to use the name Jane Boleyn readers would be reminded that Jane was married to a Boleyn, had two Boleyn sisters and faithfully served a Boleyn queen. In the most popular and well-regarded biography of Anne Boleyn, and certainly the best biography of her, Jane is indexed, not as Jane Boleyn, or even Lady Rochford, but as Jane Parker.  It anticipates that people will search for her as Parker, not Boleyn, or even Rochford. Those who want to present a traditional portrayal of Jane as the spiteful and jealous wife who destroyed her husband can do so simply by taking her married name from her.

In the last decade great academic strides have been made in regards to Jane. A study of Jane’s historiography reveals that she was the victim of a propaganda campaign, a scapegoat during the reign of Elizabeth I, when it could not be borne that Elizabeth’s mother was an adulteress or her father a murderer. For the first time both Jane and her husband George Boleyn have full biographies of their lives. Some historians are starting to rethink the traditional view of Jane. Novelists have taken up her cause. However, there is still a great deal of resistance when it comes to exonerating Jane. It is not just history enthusiasts who refuse to believe that Jane was anything but the dark villain of old, but writers and even historians who refuse to budge.

Twenty years ago, when there was what Steve Gunn described as a “trench warfare” between academics Eric Ives, Retha Warnicke and George W. Bernard, it was Retha Warnicke who pointed out that Jane had been unfairly treated by historians and that there was no evidence that she betrayed her husband. Warnicke was the historian who put forth the unproven and controversial theory that Jane’s husband George was not only a homosexual, but having an affair with court musician Marc Smeaton. Yet she refused to take a traditional stance on Jane. Warnicke had her own extensive ideas on the fall of Anne Boleyn and perhaps she didn’t need Jane as a villain. And this is the significant aspect of Jane’s recent historiography. If historians know there is no solid evidence of Jane’s involvement in her husband’s fall, yet still choose incidents like Jane’s alleged attendance at a demonstration for Princess Mary to embellish, then the problem of Jane’s slandered reputation goes far deeper than a mere lack of research. It demonstrates that Jane is required as a villain, and people are simply unwilling to let go of “that bawd”.

Jungian psychology determines an archetype as a product of a long-developed collective unconscious. Universal human experiences shape archetypes. There is an almost instinctual human need for villains. Many of the stories we hear in our developmental years have the fundamental basis of good versus evil.  The idea that stories need villains need not be unsophisticated, but all too often the archetype lapses into stereotype, the stereotype becoming a literary trope. Jane has been transformed into the archetypal villain, the stereotypical “Meddling Gossip” and the popular trope, the “Woman Scorned”.

This serves various purposes. The inclusion of villains as part of a larger coup against Anne Boleyn serves to steer the brunt of the blame away from Henry VIII. Henry will forever be viewed through the lens of his wives. This has the unfortunate effect of giving him a romantic aura, and in the case of his marriage to Anne Boleyn, especially so. The supposed great love affair between the two ending in death and ruin continues to provide rich material for debate. Rather than simply accepting that Anne was the victim of her husband’s impatient dynastic ambitions, people continually seek explanations as to why Henry “changed”.  Many continue to deny the fact that Henry murdered his wife because, as he had learned with his first wife, divorce was too drawn-out and messy. The incest charges against Anne and her brother George are particularly baffling. Thus the “Vengeful Wife” provides a convenient explanation.

It might also be difficult for historians and readers alike to reconcile the Jane Boleyn of Anne’s Tudor Court, and “that bawd” of Katherine Howard’s Tudor court. Prior to Katherine Howard’s tenure we know very little of Jane. There is no precise date of birth, of marriage, no records of pregnancies, we only know she and George did not have children. We have glimpses of her, but Jane attracted little comment. Thus it is tempting to try and “fill in the gaps” when it comes to Jane’s early years. She could hardly have spent her years at court merely sewing and dancing, the conspiratorial writer needs to create drama around her if she is to make a believable villain. Surely one who would assist a queen consort in committing alleged adultery must have been well-versed in intrigue. The misogynistic tone is clear when it is considered that we rarely hear of men who assisted Henry VIII in his romantic affairs, and they would certainly not be called “meddlesome”.

For a time Jane’s villainy was taking a new direction, no longer just a scorned wife, Jane was the victim of a husband who physically, sexually and emotionally assaulted her. This served to present an explanation as to why a wife would testify against her husband knowing it would send him to his death. While George’s alleged homosexuality and abusive nature – a completely homophobic stereotype of a man who was not even homosexual – is still expanded upon, Jane is becoming more cartoonish. Her brief spell as the abused wife is evolving into a wife who takes an even greater vindictive pleasure in assisting in the fall of her husband and sister-in-law.  Her most recent screen depiction showed her as scorning her husband to the fullest, his abusive words merely glancing off her, a thick-skinned, poison-tongued demon who gloried in the destruction of her marriage, her husband’s family and her own comfortable position.

With The Guardian giving full authority to popular novelists over academics and the BBC so in love with its self-made image as the tellers of ‘true-stories’, and the creation of the term ‘semi-fiction’, the lines between history and fantasy are becoming increasingly blurred. Increasingly unrealistic fictional scenarios are invented. Jane’s villainy is exaggerated. Pop-biographers take morsels from the works of more eminent historians, but with a credible footnote, can create a veritable feast for the imagination, expanding, embellishing, improvising, inventing.

It has been proven beyond any reasonable doubt that Jane Boleyn did not testify against her husband. There is no evidence Jane had a rocky marriage, insinuating that a lack of children equates to an unhappy marriage is both unreasonable and universally offensive. Eustace Chapuys made a detailed report of the trials of Anne and George Boleyn and stated there were no witnesses. We cannot even be certain that Jane was even interrogated, Chapuys only reported that George’s “sister had told his wife” that Henry was impotent. Chapuys made no mention of Jane’s involvement, either at the time, or months later when he was dwelling on the executions in a letter to Charles V. Jane’s actions later in life show she was still devoted to her husband’s memory. There is little need to reiterate the many excellent studies that have absolved Jane of her crimes, it is simply time to accept facts and let go of Jane the villain.

Heav’n has no rage like love to hatred turn’d / Nor Hell a fury, like a woman scorn’d. – William Congreve

In a week when we are remembering the executions of Anne Boleyn, her brother George, and four other innocent men, I chose to discuss Jane for two reasons. Firstly, the continual pretence that Anne Boleyn was the victim of a factional coup, and that Jane assisted in her fall, diminish Anne’s suffering. To suggest Anne was the victim of factional fighting presents her as a political creature who was destroyed by her own ambition. It was her husband’s ambitions and paranoia that destroyed Anne. And her brother George. It eventually destroyed Jane. Secondly, Jane’s life was ruined by the fall of the Boleyns. Whatever she managed to scrape back for herself after a long battle, both in wealth and dignity, was taken away again by Henry VIII. And in the end,  he took her life as well. At the last, when she was executed, at least she died with her title and name intact. The widow of George Boleyn, Lord Rochford, she was Jane Boleyn, the Lady Jane Rochford. Historians and novelists both need to stop the practice of casting Jane as the villain, and taking her name from her. 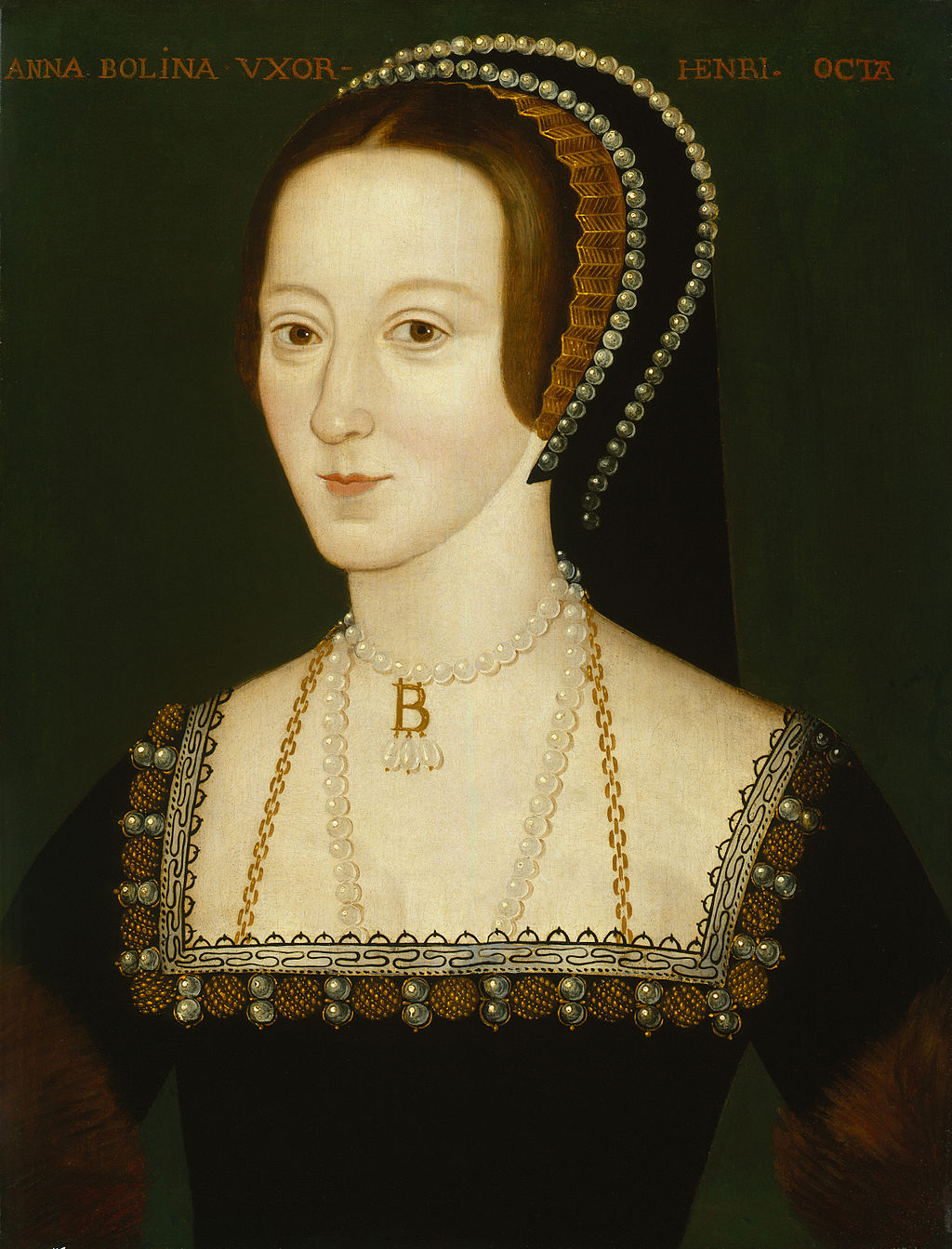