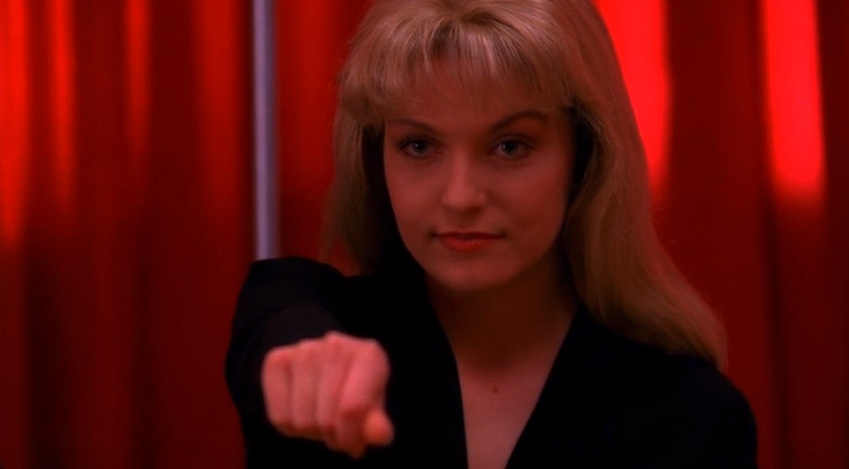 C S Hughes
Film & TV
October 8, 2014
25years ago Twin Peaks re-invented television drama, bringing style, cool, a cinematic sensibility, adding beguilement to the mystery of murder, corruption, desire and evil in a small town in the cold, forested mountains of northern Washington State. Without Twin Peaks there would be no X-Files, no Sopranos, no Lost, no Boardwalk Empire, no Game Of Thrones. TV would probably still be be a mix of moralizing cop dramas and artless soaps, and we’d still be going to cinemas to find stories with compelling, ambiguous characters. Twin Peaks explores human weakness and foibles and flaws in such a way that you sympathize even with those that do the most deplorable, selfish things. A tragedy at once grand, operatic, and yet grounded in a sense of gossip, of very real parochial intrigue, set in a stunning, haunted landscape, completed by Angelo Badalamenti’s unforgettable, haunting soundtrack.

Quirky, powerful, intriguing, at times mischievous, obtuse, surreal and sometimes just plain goofy, show creator David Lynch announced on twitter that it is happening again – referencing the visionary dream sequences, perhaps both a spiritual force for good, and the subconscious reasoning of FBI investigator Dale Cooper, a warning from the figure of the Giant that the malevolent force that is Killer Bob has taken another life – Laura Palmer’s look-a-like cousin Maddy Ferguson -not only pulling everyone straight back into the story, pulling the fictional realm of Twin Peaks into our present day reality.

Continuing the story of Twin Peaks 25 years after the death of Laura Palmer, the new series, 9 episodes written by original creators David Lynch and Mark Frost, will air on Showtime in 2016. In one of those so poignant flashbacks through which we got to know the spirited, troubled, murdered Laura, she said, “I will see you again in 25 years.” Another utterly compelling intersection of Lynch’s imaginary world with the real. Lynch has promised to answer some of the conundrums left by the original series. Let’s hope series 3 continues in the spirit of the original, that there are things known and unknown, and that in many ways the human heart is a mystery. I for one, can’t wait. Watch the teaser video. It will give you chills.