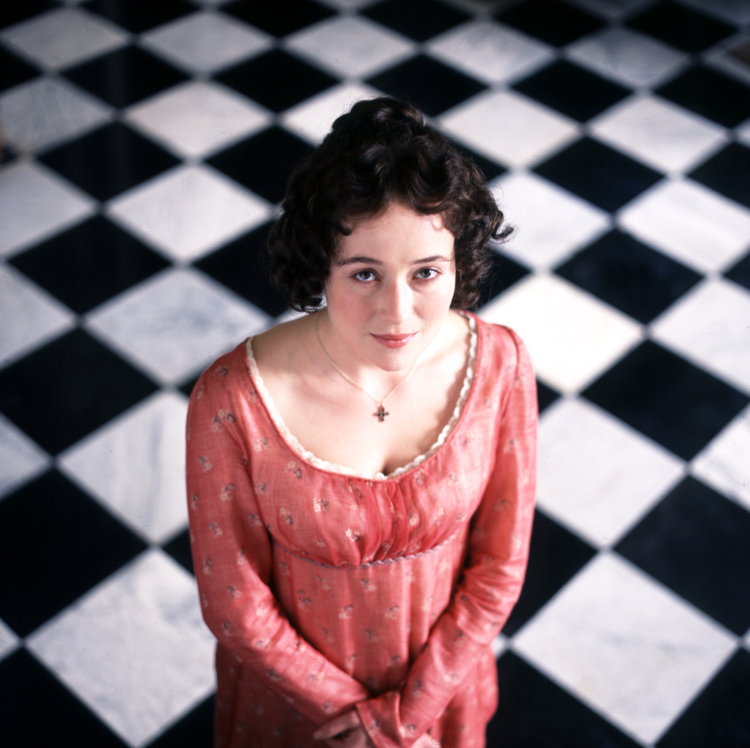 [pullquote]Perhaps I didn’t always love him as well as I do now, but in such cases as these a good memory is unpardonable.[/pullquote]

The 1995 BBC production of Pride and Prejudice remains the quintessential adaptation of Jane Austen’s novel to many fans. The mini-series format allowed for the development of plot and characters alike, it was shot beautifully and it was faithful to the book. Director Sue Birtwistle wanted her version to be fresh and lively, and she nailed it. And, of course, Lizzie Bennet and Mr. Darcy were wonderfully portrayed by Jennifer Ehle and Colin Firth.
Ehle isn’t universally popular of course. Common complaints range from her age, because apparently there is a huge difference between 20 and 26 and when you were 20 in the early 19th century you were halfway to death anyway, to her weight, because the apparently the skeletal figure of whats-her-face was more appealing, to her apparent “smugness”. This is where I really need to remind people to pay attention to the title of the book.
Captivating, charming, witty and confident with a touch of vulnerability, Ehle will remain a firm favourite among fans for a long time. Who could resist those sparkling eyes? 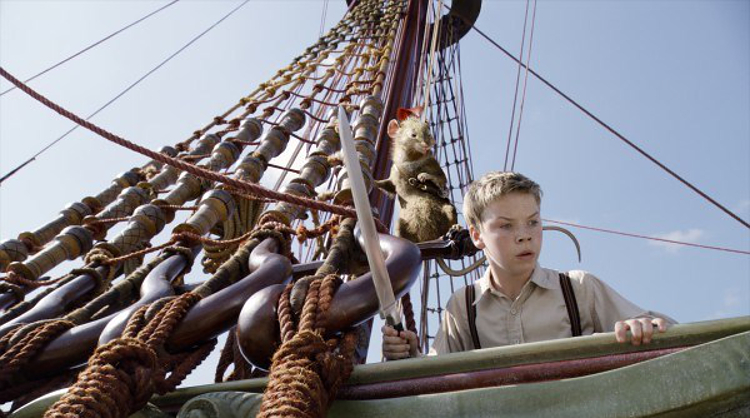 Will Poulter as Eustace Scrubb

[pullquote]The only consolation is everyone is finally as miserable as I am. Except for that show-off talking rat. He’s one of those annoying ‘glass is always half-full’ types.[/pullquote]

Eustace Clarence Scrubb is one of C.S. Lewis’s best characters from the Chronicles of Narnia. Eustace is first introduced in The Voyage of the Dawn Treader, and it’s no coincidence that it is one of the most popular books in the Narnia series. In contrast to his cousins, perfectly willing to immediately accept the presence of magic and the responsibility of saving a parallel universe, Eustace is the product of “very up-to-date and advanced people,” selfish, spoiled, spectacularly irritating and cowardly. But only at first, of course. Much of the narrative of Dawn Treader, in fact, concentrates on Eustace’s personal growth and his relationship with one of Narnia’s other best-loved characters, Reepicheep.
Will Poulter’s blustering, comical representation of Eustace when he first arrived in Narnia was flawless. The realtionship with  Simon Pegg’s Reepicheep, from their first hilarious conflict to their bittersweet and emotional farewell stole the whole show. 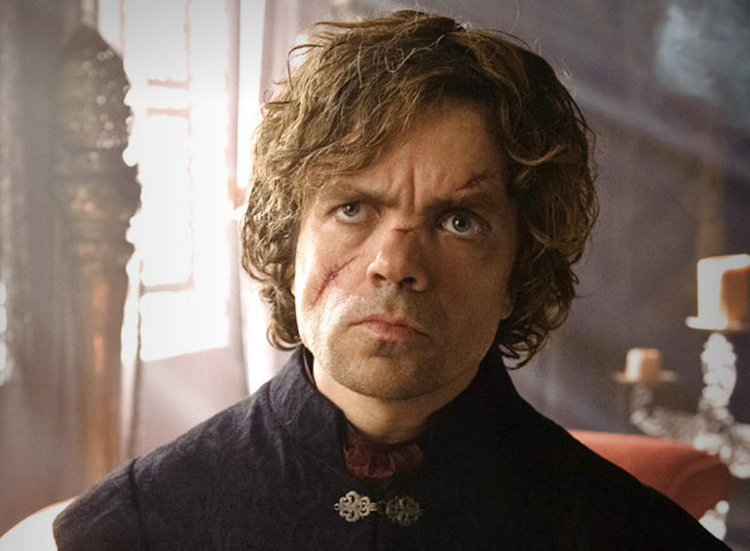 [pullquote]It’s not easy being drunk all the time. If it were easy, everyone would do it. [/pullquote]

George R.R. Martin’s anti-hero, Tyrion Lannister, is the ultimate underdog, despised by his own family, thwarted by his size and shunned by almost all. Tyrion’s sardonic wit, fierce intelligence and love of all things debaucherous gained him a loyal following from readers of A Song of Ice and Fire, and Peter Dinklage’s portrayal in  Game of Thrones has been no exception.
There was never an audition for Tyrion Lannister, the producers only wanted Peter Dinklage for the role and no one could ever question their judgement. Even the critics who are still stunned at the runaway success of the fantasy series adaptation couldn’t look past Peter’s outstanding performance. He has not only captured Tyrion perfectly, Peter’s acclaimed performance has earned him an Emmy, Golden Globe and Satellite award, and the devotion of readers and viewers alike.
I admit he is a bit too handsome, but let’s be realistic, portraying him with his nose actually lopped off would be far too distracting for viewers. 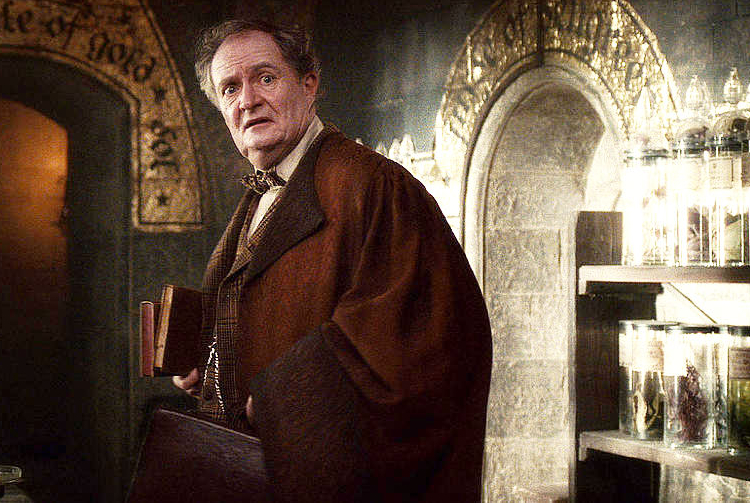 [pullquote]Please don’t think badly of me when you see it. You have no idea what he was like… even back then.[/pullquote]

Jim Broadbent’s performance as Professor Horace Slughorn in Harry Potter and the Half-Blood Prince has always been underrated. It’s not surprising – as a children’s book franchise the films were not taken too seriously. When David Yates took over and made them as they should have been filmed all along, we were subjected to outstandingly moronic complaints by equally moronic critics that there was “no Quidditch!”
Although his character in the books was comical in many parts, there is a pivotal moment in Harry Potter and the Half-Blood Prince when Harry was attempting to retrieve a memory from Slughorn, integral to finding the key to Voldemort’s defeat. Wizards in the Harry Potter universe can store memories in a separate vessel from their mind, Slughorn had originally tampered with and falsified such a stored memory, rendering it useless.
In the film’s most pivotal scene, Slughorn reminisces about Harry Potter’s dead mother, who was one of his favorite students. Harry finally manages to convince a drunk and emotional Slughorn to part with the original memory and Slughorn is forced to give in to guilt he had been denying for years. Jim Broadbent explored the emotional depths of Horace Slughorn and exposed a rawness and vulnerability like no other actor could have, or would have, in this heartbreaking scene, showing even the most devoted readers a side of Slughorn we hadn’t seen before, a frail old man wracked with guilt and regret.

[pullquote]Mrs. Hammond told me that God made my hair red on purpose and I’ve never cared for Him since.[/pullquote]

If Jennifer Ehle had some big shoes to fill in her role as Elizabeth Bennet, then Megan Follows task was equally challenging. Anne Shirley, of the acclaimed Anne of Green Gables series by Lucy Maud Montgomery, is one of the most beloved characters in literary history. The story of Anne, the feisty red-headed orphaned girl has captivated readers since it was first published in 1908. Megan Follows’ critically acclaimed portrayal of Anne, in the 1985 Anne of Green Gables movie, captured the imagination of viewers around the world. It remains to this day the highest-rated drama in Canadian television history.

Watch Megan Follows’ audition for the role of Anne Shirley, which earned her the role over 3000 other young hopefuls.