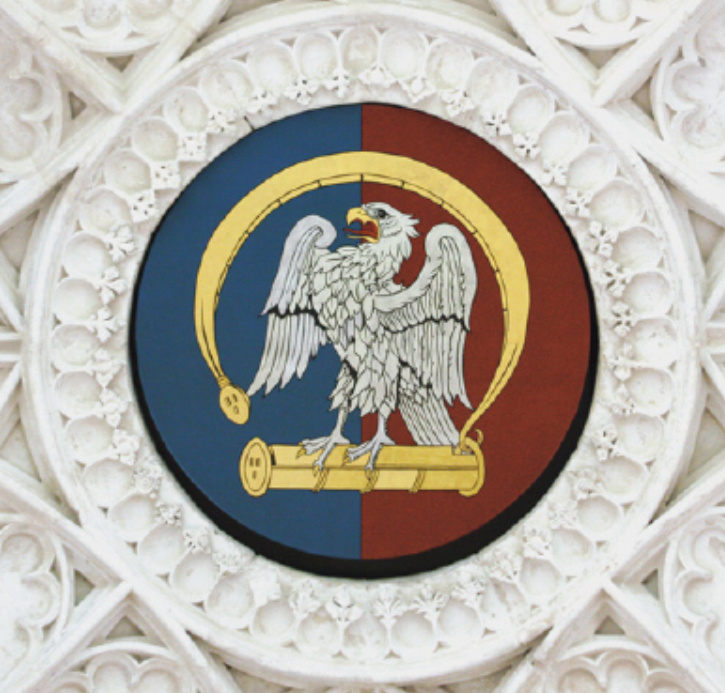 Richard III may not have killed the princes in the tower, but it doesn’t mean he was Mr. Nice Guy – at least not by modern twenty-first century values. Before we apply for sainthood, here are a few things to consider.

Richard may have deliberately left himself an “escape hatch” so he could divorce Anne Neville. 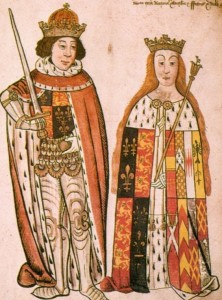 Richard and Anne may not have been legally married – and Richard was likely aware of the situation and left it unaddressed in case it helped him divorce Anne (read: nullify the marriage) in the future. If Richard decided it was unresolvable, he certainly had no qualms about ensuring he got Anne’s inheritance if they divorced.

Because of George and Isabel’s marriage, Richard and Anne were related in the first degree of affinity – essentially, they were considered brother and sister. Anne and Richard were also related by the third and fourth degrees of affinity through common ancestors.

Richard and Anne’s April 22, 1472 dispensation only cleared impediments in the third and fourth degree. Mysteriously the couple never applied for a dispensation for the first degree of affinity. Perhaps the couple knew their sibling-in-law state was specifically prohibited in Leviticus so the pope may not have been able to dispense it.

There are signs Richard knew his marriage was not fully legitimate. The 1474 settlement between Clarence and Richard was written to give Richard all of Anne’s inheritance to Richard should he and Anne’s marriage be nullified. Richard thought it would be fairly easy to get a divorce from Anne in 1485 and expressed this sentiment publicly enough for Croyland to record it.

This doesn’t mean Richard was evil or that he did or did not love Anne. In an age when marriage was a business, Richard was being pragmatic. Still, the real Richard was not likely the romantic hero of books like the Sunne in Splendor.

Richard was not necessarily nice to widows. 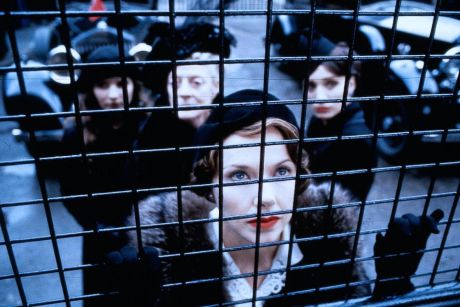 Sure, Richard loved the Church, but this doesn’t mean he was protecting widows and orphans in his spare time.

Even wealthy widows were still vulnerable in the late middle ages. Richard, however, did not treat them any differently than he would have treated any noble whose property he wished to acquire. If anything, he exploited them.

The elderly, widowed Katherine Howard Countess of Oxford discovered Richard’s ruthless and acquisitive nature when he intimidated her into surrendering her lands. Initially Richard was only supposed to receive the lands belonging to the countess’ rebel sons. First he took the countess into custody, ostensibly to prevent her from helping her sons. Once under his control, Richard confiscated her valuables and threatened to move her to Middleham if she did not sign over her own inheritance. The aged countess, who died within the year, protested that she was not well enough to make the long journey in the middle of winter without endangering her life so she tearfully signed over her lands.

Her daughter-in-law fared no better. In 1485, with her husband still alive and in prison for treason, Richard granted the countess a pension of £100.

The Countess of Warwick was legally entitled to her widow’s jointure plus the Beauchamp and Despenser lands, which she would only forfeit if she had rebelled and betrayed Edward. Her husband’s treason was not enough to strip these lands from her. Yet Edward, Clarence, and Richard colluded to have parliament declare her legally dead. Richard insisted on obtaining her lands immediately.

To the treacherous Duke of Buckingham’s widow, Katherine Woodville – the wife of the richest duke in England – Richard granted a mere 200 marks (£133).

Not giving large pensions to the wives of traitors is not necessarily a sign Richard didn’t care for widows, but his eagerness to trample on his mother-in-law’s rights may indicate he didn’t feel compassion for them. Certainly, any one could live well on £100 per year, but noble ladies would have to have to live below the standard they had lived their whole lives. Richard would be aware of their discomfort or even shame at being forced to live beneath their station. It should be noted that at other times Richard could be generous with widows. Richard gave Florence, the pious wife of the rebel leader Alexander Cheyne, wardship of his lands.

Richard’s great northern affinity (gentry followers) carried him to the throne, but they weren’t necessarily loyal to him out of love or respect for his skill and ability.

Yes, there was genuine warmth between Richard and some of his followers – a few even referred affectionately to him in their wills! – but Richard’s inherited affinity and his ability to be menacing were also factors.

When Richard III married Anne Neville, he tacitly inherited her father’s great Neville affinity – or more specifically the affinity from the junior branch of the splintered Neville family. They were loyal to his family line by marriage; Richard’s Neville marriage and his settlement with Clarence made him effectively the heir of Neville.

Richard’s retinue also supported him because he doled out handsome rewards. Richard lavishly supported his affinity so lavishly that, in Edward IV’s day, royal auditors openly accused him of wasting crown funds! Richard’s affinity continued to be his clients after he was king because they knew he could give them even more rewards.

The Neville affinity wasn’t enough to dominate the North though. Richard aggressively built his Northern empire of followers beginning in the early 1470s. Initially, he began by poaching Percy retainers – a big “no no” that could easily lead to skirmishes if not war. Nobody wanted to see a return to violent feuding like in the 1450s, so eventually Richard and Henry Percy reached an agreement.

Before the king’s council in 1473 and formally in writing the next year, Richard agreed to stop trying to lure Percy retainers to his side in exchange for Henry Percy agreeing to subordinate himself officially to Richard. Percy probably agreed Richard would be his liege lord because he recognized the king’s brother was not above using force to obtain his goals.
Whether through implied threat, his status as heir of the Westmoreland Nevilles, or persuasive skill, Richard’s relationship with the Henry Percy let him end the hostilities between the Percys and the Nevilles, which had been going on for over 50 years. Richard also ended a 40-year feud between the two branches of the Neville family by talking Ralph Neville, heir to the senior branch, into allying with him.

Richard’s loyalty also stemmed from his charismatic, charming personality. He obviously learned the art of lordship well from his widely loved father-in-law, Warwick. After Richard died, some of his affinity remained extremely loyal to his memory and continued to fight on against Henry VII.

Richard was a hawk, not a dove. 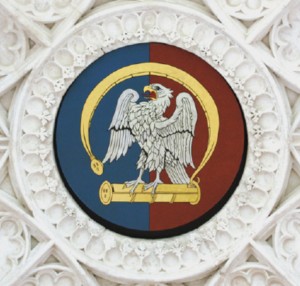 While it was typical for the age to be pro-war, not all medieval nobles wanted war – Edward IV certainly did not.
Richard, however, was for war at every opportunity. Richard publicly took a stand against Edward’s decision to make peace with France in 1475. He was also for war with Scotland in 1482 and persuaded Edward to continue the conflict.
In fact, Richard told the fifteenth-century noble Nicolas Von Poppelau that he wished his kingdom bordered on Turkey so that “with my own people alone and without the help of other princes I should like to drive away not only the Turks but all my foes.” Still we shouldn’t judge Richard too harshly for his bellicose nature. His contemporaries would have seen it as a positive trait and we don’t typically see this as a fault in Henry VIII.

Richard gained from his brother’s death.

In exchange for supporting – or at least not protesting –his brother Clarence’s show trial, Richard submitted petitions to Edward lobbying for Clarence’s territories and titles. Richard requested Edward grant him the rights to Clarence’s lordships of Richmond and Helmsey and give Richard’s son Clarence’s Salisbury earldom. Richard also received Clarence’s chamberlainship of England and favors for some of his followers. (Admittedly, the chamberlainship was originally Richard’s and Clarence had pressured Edward into transferring it to him.)

This is not to say that Richard wanted his brother to die. At a minimum, however, Richard was sufficiently calculating to realize that if he couldn’t stop his brother’s execution, he could at least profit from the situation.
Many of the traits listed above boil down to Richard being a product of his age. They shouldn’t necessarily be dismissed simply because they don’t fit our twenty-first century conception of what nice or good people do. Instead we should endeavor to judge Richard by the values of his age: power, good lordship, keeping promises, piety, the ability to maintain order, and martial prowess.

Historians often hold Richard’s extensive piety up as one of his positive qualities – possibly because today we associate piety with humility and “breadbasket Christianity” (giving to the poor). Yet fifteenth-century piety focused on hell prevention (protecting against painful burns from a literal hell’s flames). When nobles bequeathed money to or endowed a church, it was to purchase prayers for their soul and get it released from purgatory faster. The cynic would say religious endowments were a medieval insurance policy. These endowments were about the noble himself and, when excessive, can be seen as a form of narcissism.

While Richard’s medieval contemporaries may have shared our horror at the possible infanticide, it seems likely they were at least as angry by what those deaths represented. If peers believed Richard killed his nephews, this act may have functioned as a sound-bite condemnation of his regime.

If they believed Richard was guilty, they would have seen the princes’ death as yet another trampling of hereditary rights. For medieval nobles, their land and their legacy was the only thing worth protecting with their lives (in battle).

Richard was not the evil twisted monster of old. Rather he was typical of his caste. Perhaps, we should judge him as we do other medieval kings. Richard was ruthless and arguably an usurper, but so was Henry Bolingbroke, who is remembered favorably as a strong leader. Except for Henry V and Henry VI, all six of the fifteenth-century English kings were usurpers in a merciless age that seized the throne by military violence.

If Richard killed the princes as part of a larger scheme to seize the throne and he would have seized it no matter what, which would be better the oceans of blood at Towton where 28,000 may have died or the death of a handful of nobles, including two small children? But, that’s a repugnant moral question.

Rather than trying to make Richard into a saint, which he clearly wasn’t, is it possible rehabilitate his reputation by framing him against a larger context of standard behavior for strong medieval kings?