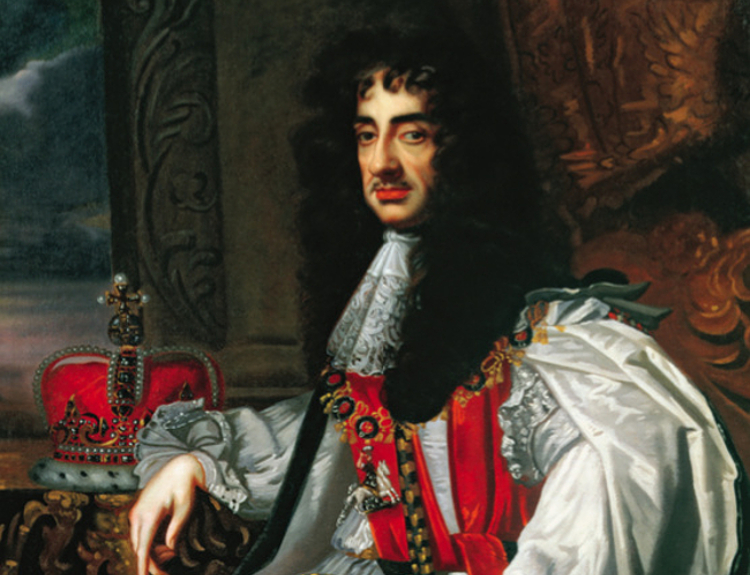 Scandalous Liaisons : Charles II and His Court with R.E. Pritchard 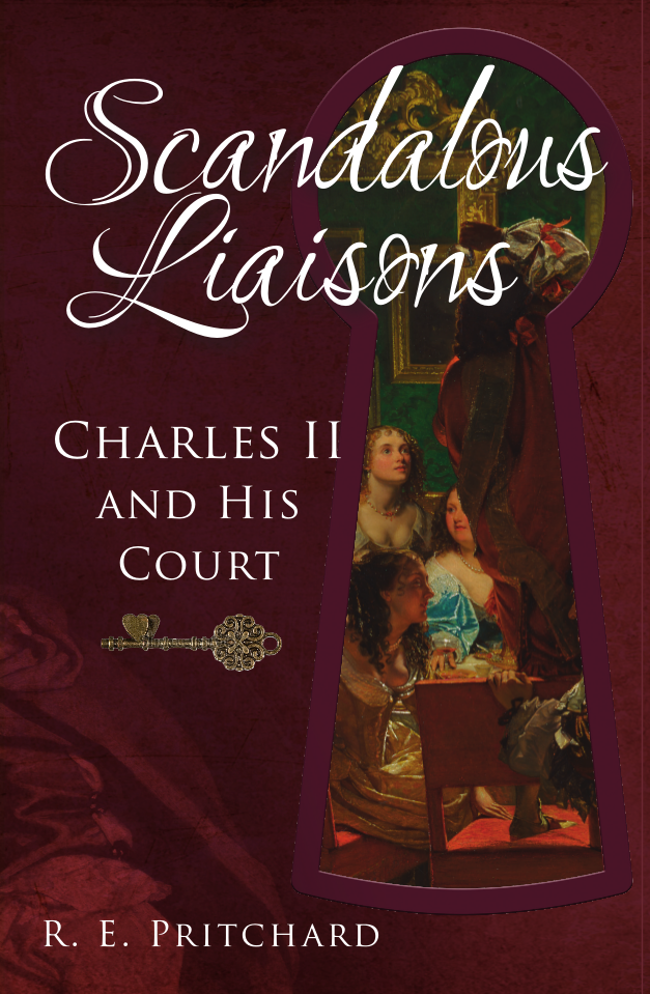 When faced with the legend of Charles II, and his decadent court, it is tempting to think that, like so many histories, much has been exaggerated. Yet Scandalous Liaisons : Charles II and His Court reveals that Charles II and his courtiers live up to their wild and wanton reputation, paving the way for the increasing excesses of the British nobility. A deeply insightful look at the Restoration era, Scandalous Liaisons examines contemporary accounts, writing and literature to illustrate the impact the increasingly sexualised Restoration culture had on politics and society. Dr. R.E. Pritchard joins us today to discuss the “Merry Monarch”, Charles II and his court.

Your books have surveyed a wide variety of historical and literary figures, can you tell us a little about what draws you to a person or era, what intrigues you enough to make you want to write about them?

I’ve always been interested in the 17th century, as a period of particularly great poetry – Donne, Milton, Marvell — and crucially important political and social events.

Your book is filled with fascinating contemporary writings – the lampoons and satirical verses seem particularly illustrative of the time. What sort of insight do these give us into public opinion?

The verses and lampoons tell us what some people at, or on the fringes of, the Court, thought of what was going on. Some disapproved, others simply enjoyed mockery or muck-raking.

The Restoration was a period of great change and Charles II’s hedonistic court has become somewhat legendary. You noted that “loosening of behaviour” had been growing prior to 1660, but that the Restoration accelerated it. Was this a result of the influence of Charles’s court, or part of a inevitable societal shift?

There had been some cultural changes going on previously, partly as a result of French writers (the original ‘libertins’) and partly as a consequence of the social upheavals caused by the Civil War. Some members of the wealthy and aristocracy had always been badly-behaved, whilst protected by their social position.

I was surprised to see the name of Edward IV’s mistress Jane Shore pop up, when Barbara Villiers was denounced as ‘Jane Shore, and did hope to see her come to the same end’, almost 200 years after Jane’s death. It seems that even non-biblical stories of “fallen women” were still very influential, does this show us that not all the nobility were comfortable embracing the new sexual freedom of the Restoration?

Jane Shore was part of the ‘mythology’ of the time, rather like Nell Gwyn today.

Charles kept his mistresses well and close-by, do you think that this diminished Queen Catherine’s influence within the household?

Poor Catherine had very little influence at the time, though Charles was generally kind to her (in his fashion); she had her own court. She made tea-drinking fashionable.

Many historians will cite the Georgian ton as the first “celebrities” associated with the rise of print journalism, however it seems that Charles’s court and mistresses 100 years earlier were just as frequently in the public eye and the subject of various lampoons and plays. Do you think they had the same sort of allure as modern day celebrities?

Print journalism was very limited in circulation, confined to a handful of City people; there was no real nation-wide celebrity culture like there is today (though many people had heard of, for example, the first Duke of Buckingham).

Most mortally the name of wife they hate,
Yet they undertake one as their proper fate,
That they may have a child legitimate,
To be their heir, if they have an estate,
Or else to bear their names: so for by ends
They take a wife, and satisfy their friends, [mistresses] Who are desirous that it should be so,
And for that end, perhaps, estates bestow,
Which, when possessed, is spent another way.
The spurious issue do the right betray
And with their mother strumpets are maintained,
The wife and children by neglect disdained.
-Sarah Fyge

Looking at the shifting of sexual dynamics during the Restoration, would you say that women were gaining more power, or were they just as oppressed in a patriarchal society?

A few women -e.g, Barbara Villiers and the Duchess of Portsmouth — had the sort of influence royal mistresses traditionally had; otherwise, I don’t think women were generally better off.

The greater sort of the courtiers were high, proud, insolent and looked upon scholars no more than pedants or pedagogical persons … Though they were neat and gay in their apparel, yet were they very nasty and beastly, leaving at their departure their excrements in every corner, in chimneys, studies, coalhouses, cellars. Rude, rough, whoremongers; vain, empty, careless.
– The life and times of Anthony Wood, antiquary of Oxford, 1632-1695

It seems very difficult to separate Charles’s politics from his sexual relationships, do you think his romantic pursuits have had a detrimental effect on his legacy?

I’m not sure about his ‘legacy’: he tried and failed to rule without Parliamentary support; he left no heir; James’s incompetence brought in William & Mary, which had the greatest consequence.

I’ve been particularly interested in the libertine poet John Wilmot, Earl of Rochester, the subject of my previous book, and Sir William Davenant, reputed son of Shakespeare, royalist, Poet Laureate, man of the theatre who ran one of the two theatres in Restoration London and brought Shakespeare’s plays back on the mainstream stage; the subject of my next book. 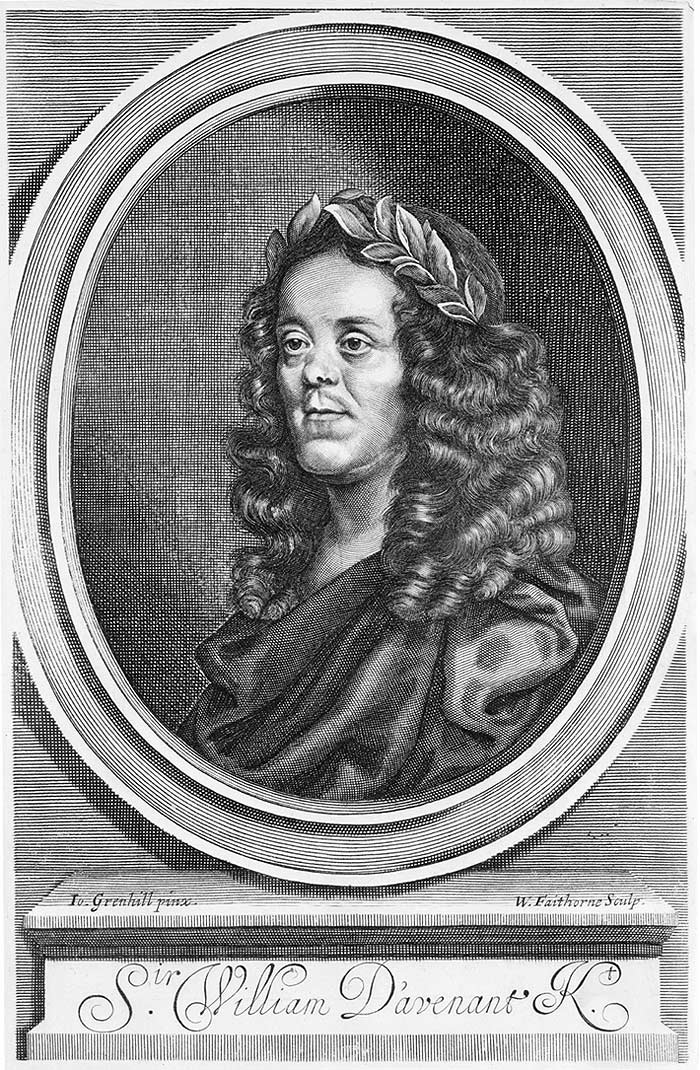 Buy now from Book Depository, Amazon UK or Amazon US

Scandalous Liaisons tells the story of the most hedonistic, loose-living court in English history, from Charles II’s youthful years and mistresses in France, to his tempestuous relationship with the hot-tempered, sexually and financially voracious Barbara Villiers. Of Charles’s mistresses, everybody’s favourite was the perky Cockney actress Nell Gwyn. Nell and the French aristocrat (and not-so-very secret agent) Louise de Keroualle were the two women he would remember on his deathbed.
The court, a world of extravagant displays of wealth, was also a sexual merry-go-round of flirtation, cuckoldry and betrayals, occasional unwanted pregnancies and fierce duels, as ordinary people looked on, fascinated and appalled. Filled with flamboyant men and women and astonishing incidents, this book draws on a wealth of writing by contemporary observers, such as diaries and memoirs (from Pepys and the French Comte de Gramont), letters, gossip, biting satires and bawdy lampoons directed at everyone from bishops to promiscuous court beauties and poxed swaggerers. All this is set in the context of Restoration libertinism and political events such as Charles’s secret deals with Louis XIV, the wars with the Dutch, court political intrigues and popular anti-Catholic feeling. Based on contemporary sources and modern historical studies, Scandalous Liaisons provides a richly varied and entertaining picture of a most extraordinary time.

Author R. E. Pritchard formerly lectured on seventeenth-century and modern literature at Keele University. Among his publications are the Anthology Shakespeare’s England, studies of seventeenth-century writer-travellers and more recently, Passion for Living: John Wilmot, Earl of Rochester, a biography of the outrageous wit and poet at Charles II’s court. He now lives in West Oxfordshire. 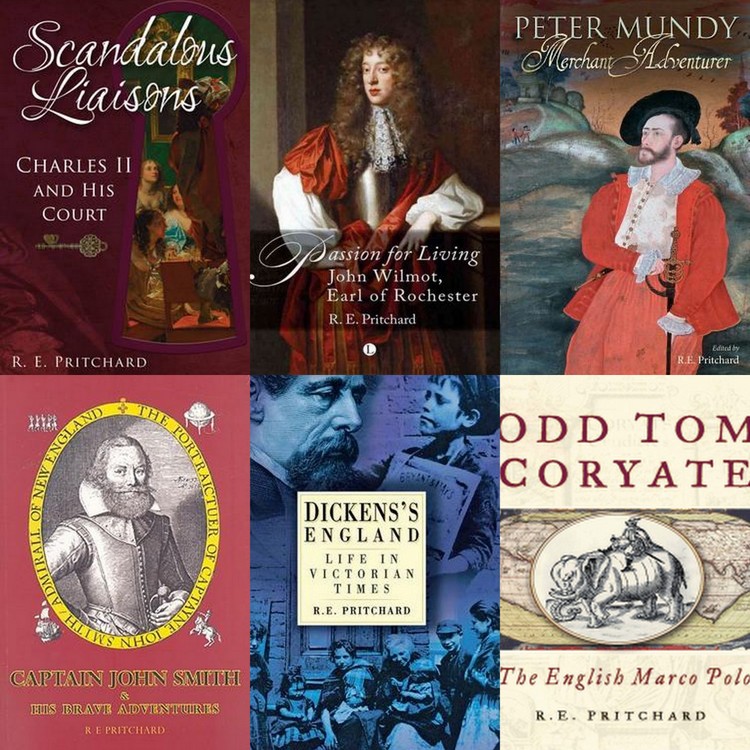