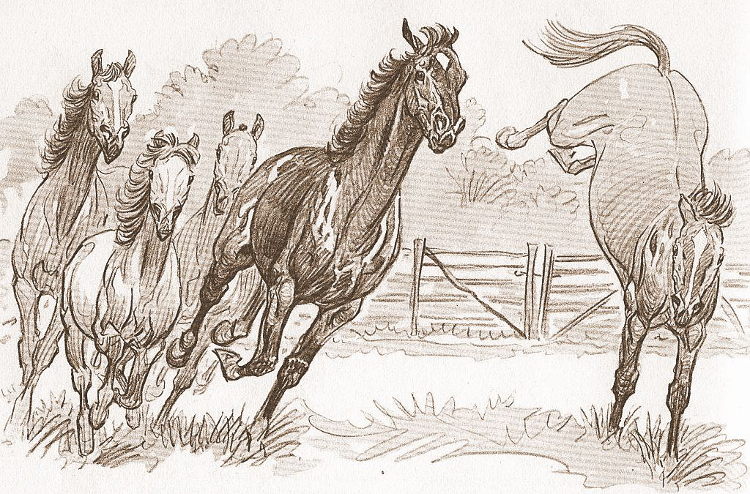 Black Beauty: The Autobiography of a Horse

Black Beauty is one of the best-selling and most-beloved books of all time; a ground-breaking anthropomorphic novel so poignant it led to international outrage and protest against the treatment of working horses. It remains one of the most influential novels against animal cruelty in the history of literature. But just as remarkable as our Beauty was his creator, Anna Sewell. 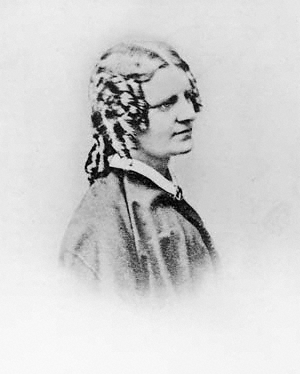 Born on this day in 1820, Anna, the eldest child of Quaker parents, showed an early interest in natural history and a talent for drawing. Her mother Mary, who educated Anna until she was about twelve, nurtured her independence. But at age fourteen Anna fell on the way home from school, injuring both her ankles. Maltreatment saw that the injuries never healed properly and Anna was to spend the rest of her life with a disability, never being able to stand or walk for very long, and suffering from chest pain and light-headedness.

Anna was, nonetheless, as active as she could manage. Anna learned to both ride and drive horses so she could get around, and she and Mary were involved in practical charity to help the poor. They also became involved with the temperance movement. Anna taught Sunday school classes when her health allowed it. In 1871 Anna was told she only had eighteen months to live. Having developed a particular fondness for horses Anna had grown more and more outraged at the treatment of working horses. So she began her novel, originally writing for people who worked with horses rather than for children. In the early period of writing Black Beauty she dictated to her mother from the sofa. By 1876 Anna was able to write on slips of paper in pencil, which Mary transcribed for her.

In 1877 Jarrold and Sons published Black Beauty: his grooms and companions; the autobiography of a horse, ‘Translated from the Original Equine, by Anna Sewell’. It was Beauty’s voice that is said to have been instrumental in the eventual abolition of the bearing-rein – a torturous device that forced the horse to hold its head high and arch its neck, causing them severe discomfort. Anna lived long enough, just five months after Black Beauty‘s publication, to see the book become an early success. At Anna’s funeral, Mary insisted that the bearing-reins should be removed from all the horses in the funeral procession.

Various passages in Black Beauty reflect Anna’s deeply religious values, but they also have universal significance. ‘Its special aim’, Anna wrote, ‘being to induce kindness, sympathy, and an understanding treatment of horses’. Whether we view them as God’s creatures or Mother Nature’s creatures, Anna’s campaign against animal cruelty still resonates with readers today. 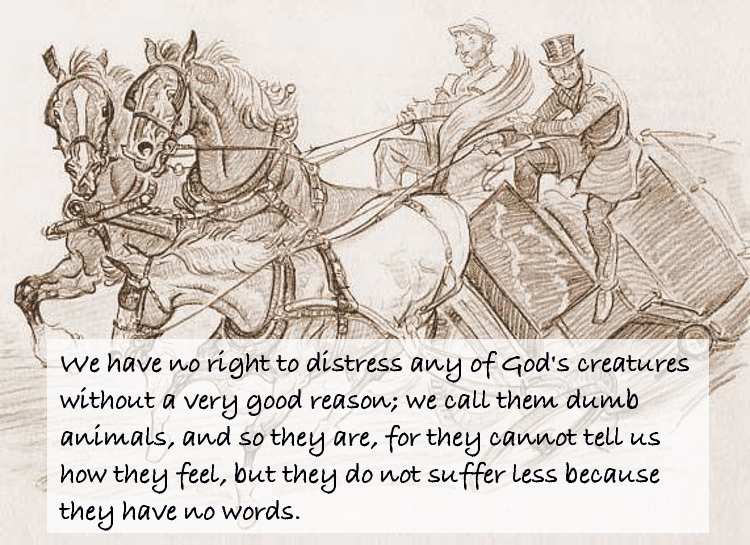 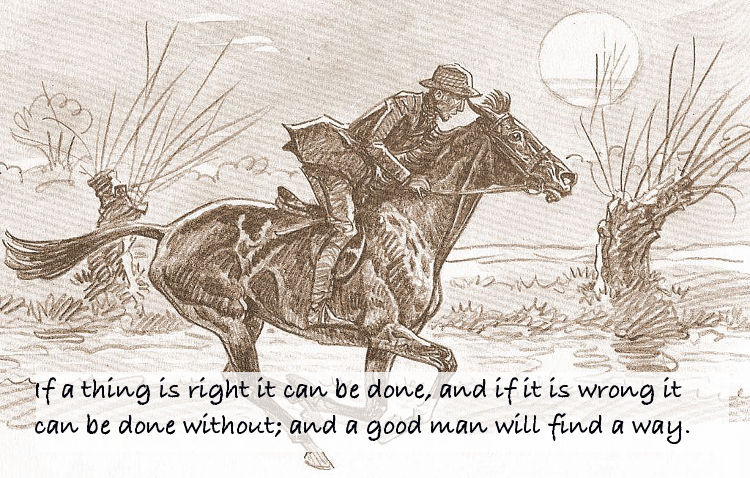 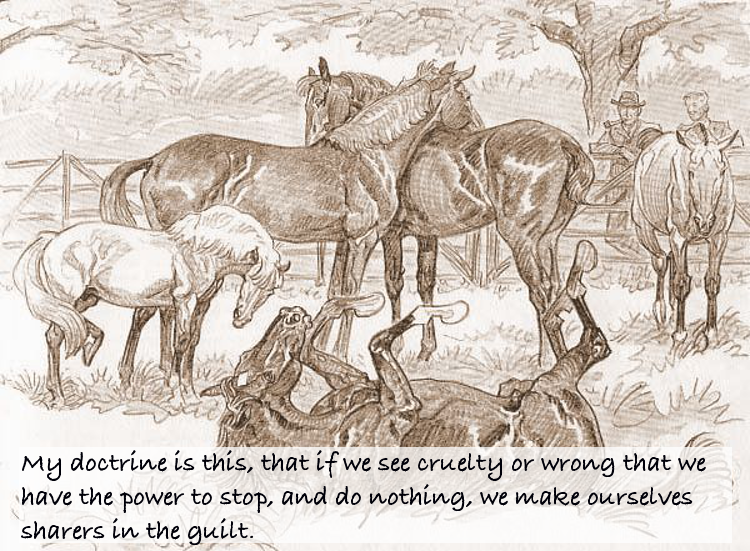 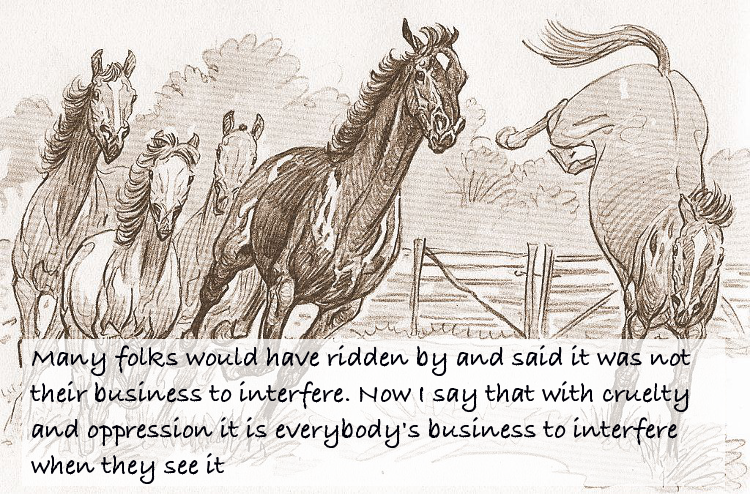 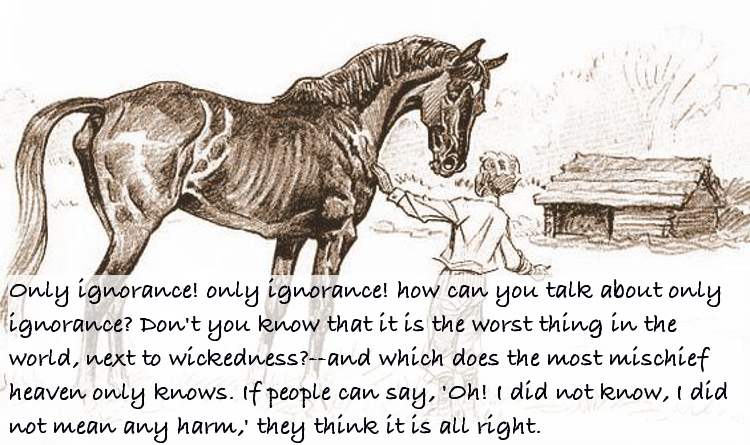 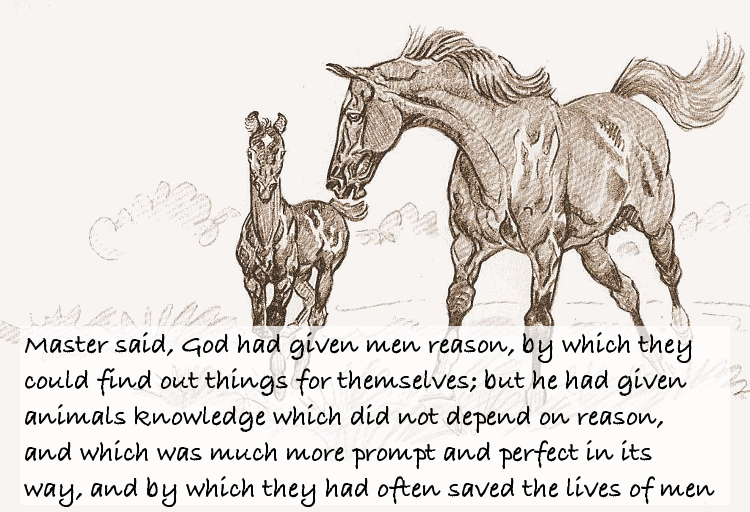