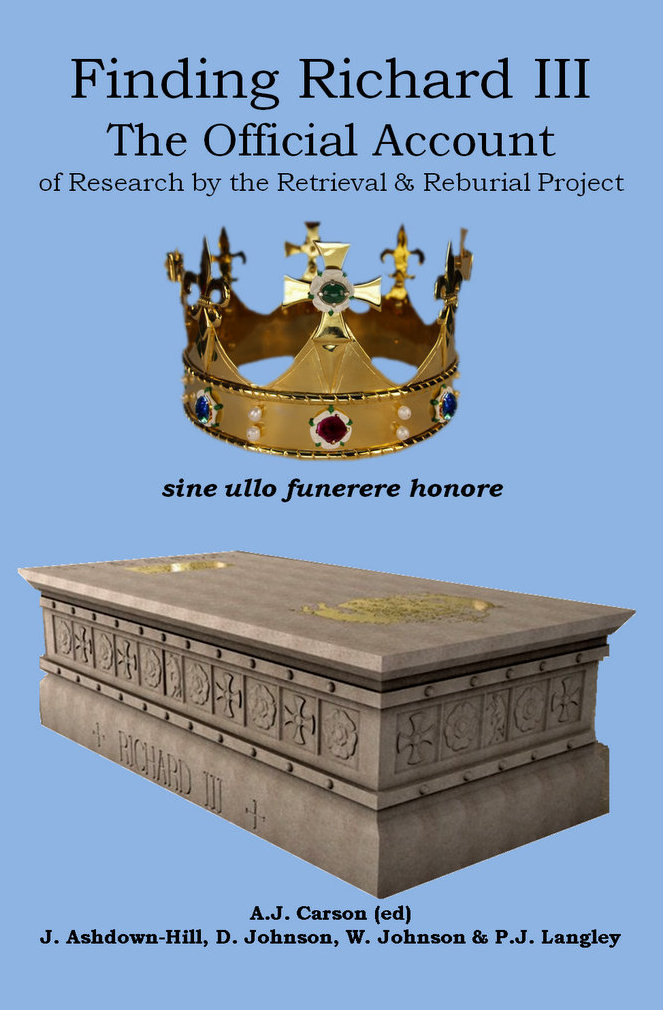 THE FULL STORY OF HOW RICHARD III WAS FOUND

Finding Richard III: The Official Account of Research by the Retrieval and Reburial Project

Their task was to locate a lost grave in an obliterated church. The ‘Looking For Richard’ team of historians and researchers spent many years amassing evidence. Now for the first time they reveal the full story of how that evidence took them to a car park in Leicester.

Reports of the dig and DNA fingerprinting were shown world-wide and won awards. But the years of prior detective work have never before been recognised.

Informed by Dr John Ashdown-Hill’s sound knowledge of the Franciscans (Greyfriars) and their architecture, together with his discovery of Richard III’s mtDNA, the Looking For Richard Project launched by Philippa Langley rested on solid foundations. It rested equally on her own exhaustive research into the Greyfriars site, and her indomitable determination to see it through.

Other members made up a team that until now kept a low profile, combining to facilitate, raise the money (the search cost some £40,000), and cultivate an ethos that laid emphasis on respect for a king who fell defending crown and country. Historian Dr David Johnson and his artist wife, Wendy Johnson, proposed a tomb design that won approval from the Richard III Society, whose members overwhelmingly financed the search.

Edited with the sure touch of writer and author Annette Carson, this publication reveals how scholarship and research into 500 years of history underpinned an enterprise of which the world saw only the triumphant end result.