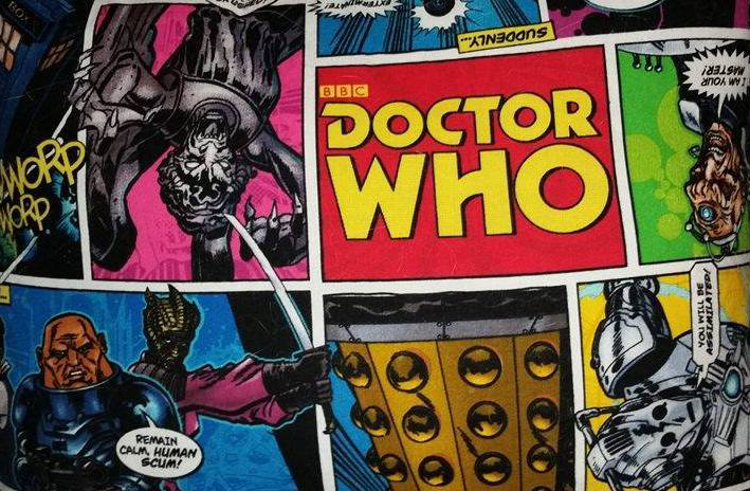 Certified Adult? Or a License to Nerd? 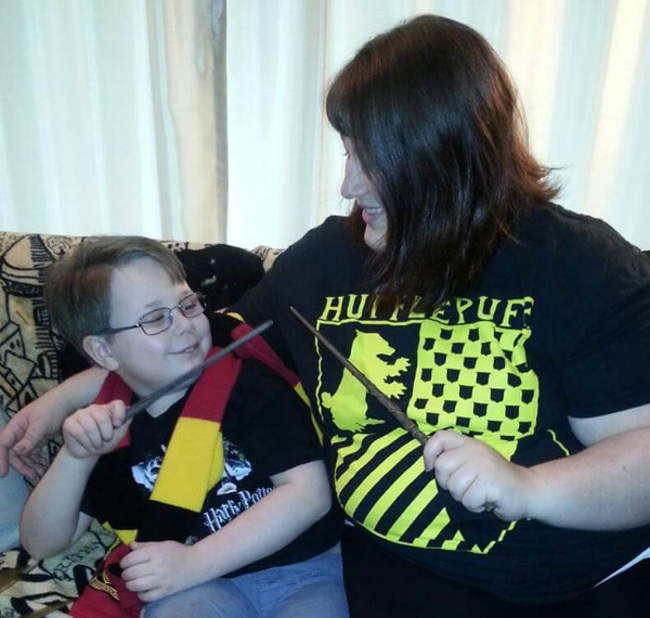 I have a confession to make…I have a Doctor Who themed bathroom. Yes, I know…I know…I’m thirty five years old. I have a mortgage and a seven-year old; a serious job and plenty of bills to go along with it. I am tempted to say that if you looked at me, you would see that I am an adult but, having had a late middle aged man scold, “It’s 19 degrees out, where is your coat?!” as I was walking into a Starbucks last week, I might be overstating things. In any case, knowing those other things I listed, you would probably say to yourself, “Adrienne Dillard is a certified adult.” I seem to be doing what the young ones call #adulting (except I despise that phrase and my hatred of it would need an entire article to discuss, so I will just leave it there). If I’m such a grown-up, why in the world do I have a bathroom based on a geeky sci-fi show? Shouldn’t the most used room in the house look like something out of Better Homes & Gardens or Town & Country? Side-note, are there so many ampersands? I don’t know the answer to the ampersand question, but the answer to the first one is: because why in the world not?

In the interest of full disclosure, I spent a few days mulling over the topic for this article. As you can tell by my choice in décor, you know I like the above mentioned Doctor Who, so my first thought was to write something about the Christmas episode or the upcoming season. Another idea I toyed with concerned the Potter-verse. We just can’t seem to get enough of the wizarding world, can we? But then I thought…What better place to talk about being a nerd than on a website called Nerdalicious? I mean, it’s kind of perfect, right? So why is it so important to talk about the nerd experience? Well, I’ll tell you…Because right now, there is some poor kid getting shoved into a locker for his Zelda backpack…there is a husband burning receipts of his Star Wars purchases to hide them from his wife…there is a middle-aged woman shoving her collection of Pokèman collectibles into the closet before an impending visit from her parents. Talking about it is important because “nerd shame” is real. Oh sure…we thought Disney and J.J. Abrams would make our obsessions with space and superheroes acceptable. Maybe even, dare I say it, cool. To some extent, that dream did come true; it is now socially acceptable to go to the midnight premiere of the latest Star Wars movie, and you can even get away with dressing like a Jedi to celebrate. There is no denying strides have been made, but I still get the side-eye when people see the display cabinet full of Harry Potter memorabilia in my living room. 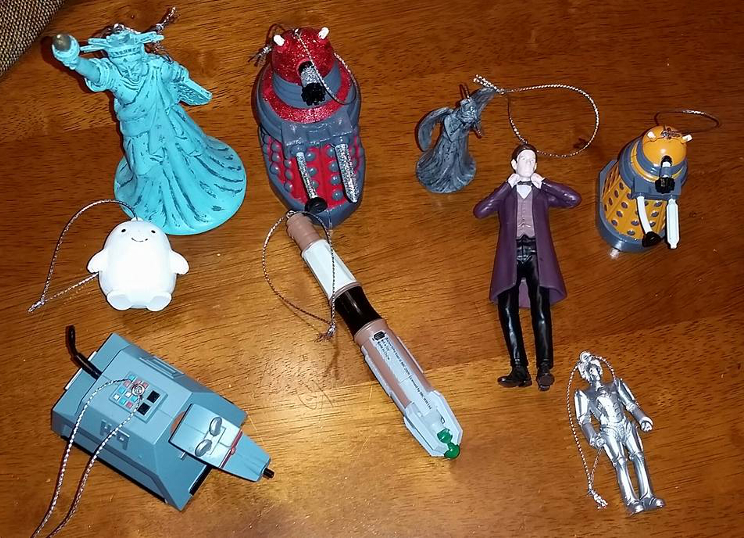 So what is it that draws us in? Why do we spend exorbitant amounts of money on things like Hobbit Legos, TARDIS alarm clocks, and vinyl figurines of our favourite superheroes (I’m still waiting for Henry VIII and his six wives, Funko. Why haven’t you responded to my tweet?). Why does my husband buy a $60 starter pack for the new Star Wars game, X-Wing, knowing that he’ll have to continue to buy each new piece that comes out at $15 or more a pop? Why do we name our dogs after characters from the Hunger Games (or our children for that matter)? Why do we cover our cars with stickers proclaiming our favourite catchphrases (“Like John Snow, I know nothing”)? I have no idea. And, to be perfectly honest, I don’t believe it matters.

For some reason or another, these perfectly created characters inhabiting perfectly created worlds, just speak to us. Yes we find them entertaining, endearing, or even amusing; but mostly, we find them comforting. We see something inside of them that reminds us of…well, us…or an “us” we strive to be. Why does that always seem to invite shame? My obsession with all things Doctor Who isn’t all that different than someone else’s obsession with football. Why is it socially acceptable to celebrate their obsession with a sporting event slightly akin to a nationwide holiday, while my obsession is met with a snort of derision? Throughout the many seasons of Doctor Who, I’ve watched the main character and his companions do an awful lot of running, so perhaps it’s not so different after all. But I digress…the point of this article isn’t meant to say that one fandom or interest is better than another (Yes I AM speaking to you too, Star Wars and Star Trek fans); that assertion goes against everything nerds should stand for. Inclusion should always be priority number one. 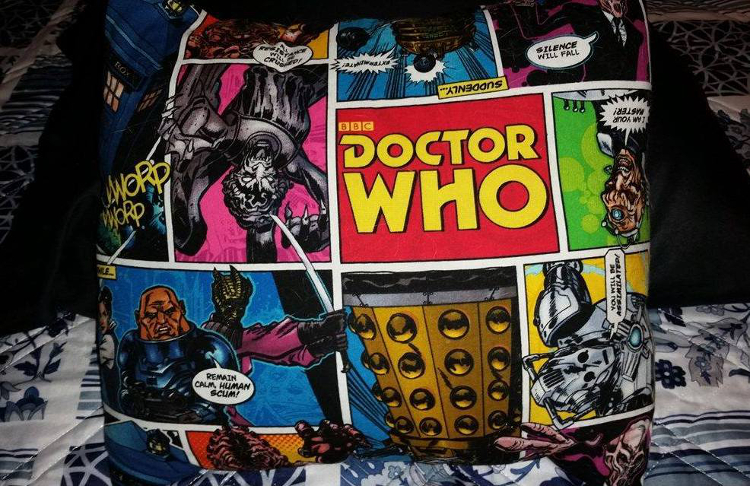 So, to all those nerds out there…take heart, and know that you are not alone. There are lots of us out there! If you happen to have stumbled upon this article in an effort to understand the nerd in your life…my only piece of advice is this: it’s really ok if you don’t get it. You don’t have to sit through week-long Lord of the Rings marathons to demonstrate your support. While I happen to be married to a nerd, I actually spend a majority of my day with a sports fan who gets very few of my pop-culture references. Once I made a joke about Dolores Umbridge and Voldemort running for office and…never mind, you had to be there…anyway, he looked at me like I was from another planet. But for my birthday last year, he came into the office looking very smug as he held aloft a bag with my gift in it. The look of excitement on his face was almost as good as the present…a Doctor Who pillow. He had no idea what any of the aliens on the fabric were or what any of the catch-phrases meant, but he knew I would be gaga over it. I was, but more importantly, I was touched by the effort he put into it. This year he outdid himself with Doctor Who Yahtzee and a colouring book. And that, my friends, is why I have the best boss in the world (Don’t tell him, though, he’ll start acting like William Shatner).

Now, if you’ll excuse me, I’ll be in my bathroom with a sonic screwdriver pretending that my shower is a TARDIS. If you come along, I’ll introduce you to my very own companion, my seven-year old Logan. And, just in case you are wondering…Yes, he is named after Wolverine! It’s alright if you’re jealous…

To keep up with the weekly reveal from the upcoming The Raven’s Widow: A Novel of Jane Boleyn visit my new website