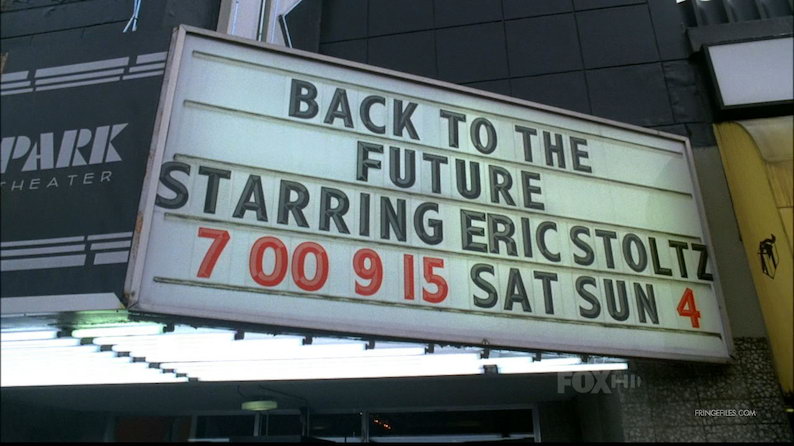 Few people missed Doctor Who’s 50th Anniversary episode referencing both the first doctor and the first episode with the opening sequence showing a police constable walking past the yard of I M Foreman Scrap Merchants, 76 Totter’s Lane, wherein the original TARDIS was hidden, and around the corner past the sign for the Coal Hill Secondary School, where the First Doctor’s grand-daughter, Susan Foreman, The Unearthly Child attended school, and where half a century later, Clara Oswald, the Eleventh Doctor’s companion, The Impossible Girl, began teaching.

As Clara arrived at the TARDIS Matt Smith’s Eleventh Doctor was sitting aboard reading a book on Quantum Mechanics, echoing Sylvester McCoy’s Seventh Doctor at the beginning of the 1996 Doctor Who movie, reading H G Wells’ The Time Machine. Later in the Tower Of London’s secret archive, the Under Gallery, circular TARDIS wall components from the first TARDIS and the hexagonal version from the Fourth Doctor Tom Baker’s TARDIS were also easy to spot. Kate Lethbridge Stewart’s reference to there “being a precedent” for a gathering of Three Doctors was perhaps a little more subtle. She was of course referring to the 10th Anniversary serial from 1973, The Three Doctors, which featured Jon Pertwee, Patrick Troughton and William Hartnell, as well as Brigadier Lethbridge Stewart. Amongst other highlights, including the fantastically glam masked fish monster Time Lord villain Omega, this serial also famously features the line where Pertwee explains, “I am he and he is me,” and companion Jo Grant, sporting a fabulous outfit consisting of a blue mini-dress, knee high boots and a fluffy blue synthetic fur sleeveless jacket, continues, “and we are all together, goo goo ga joob.”

The Day Of The Doctor also blatantly referenced another Sci-Fi classic, when Matt Smith, boarding the TARDIS, at 47 minutes 56 seconds said, “Right then, back to the future.” Undoubtedly referencing Robert Zemeckis’s classic 80s time travelling trilogy starring Michael J Fox and Christopher Lloyd as mad inventor Doc Brown – perhaps something of a Doctor Who inspired character. Prior to that, just before we encounter the 10th Doctor romancing and insulting Queen Elizabeth the 1st and inadvertently smooching Zygons, we’re presented with an establishing shot of a crumbling castle and the TARDIS parked on a splendid piece of English coastland, where the title, ‘England 1562’ is seen in bold, floating gothic script.

Of course this kind of bold, floating title has been used previously in Doctor Who, in the episodes The Crimson Horror and Cold War, but is probably most familiar to Sci-Fi fans as a signature of the most innovative and cutting edge of modern Sci-Fi shows, Fringe.

Fringe of course referenced every genre classic from Star Trek, to Lost, to Twin Peaks, The X-Files and The Twilight Zone, as well as a whole slew of the most intriguing alternative science and cultural phenomena of the 60s and 70s. Did it ever reference Doctor Who? Well that is a question that enjoys some debate. You will have to watch both to find out.