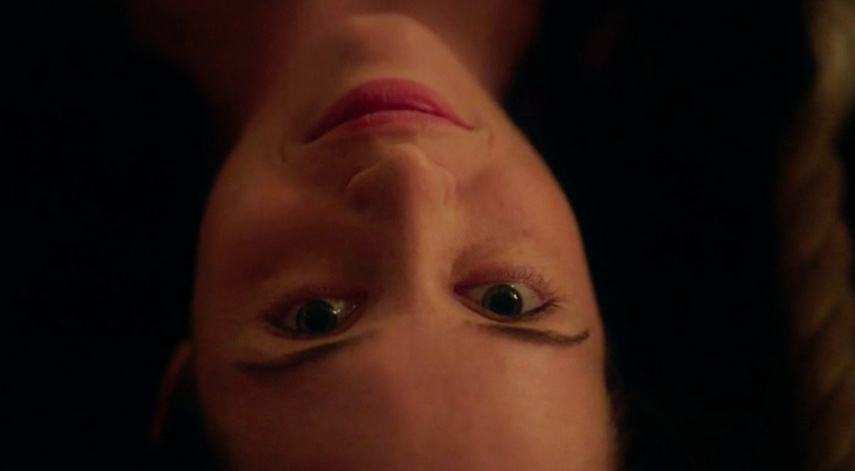 Peter Straughan was facing two major problems when adapting Wolf Hall and Bring up the Bodies for television. The first was trying to condense two novels of around 1200 pages into six hours of television. Not the BBC’s best decision considering they were just about guaranteed huge ratings and could easily have assigned a season to each novel. The second was attempting to bring to life a set of badly executed secondary characters. Mantel’s supporting cast of caricatures lack both complexity and motivation, and television viewers are simply not interested in one-dimensional villains. Straughan took some rather large liberties with his source material, but if viewers who had not read the books were actually going to buy in to the characters, it was a necessary step. 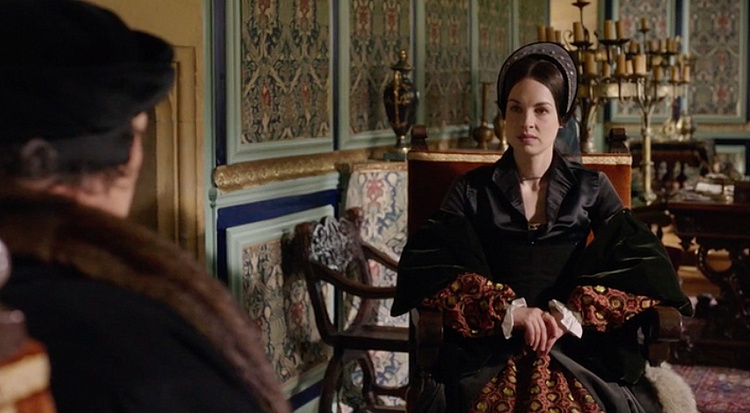 After all, who is going to really believe that Jane Boleyn was eager to bring down her husband and her sister-in-law by accusing them of incest, ruining her own life in the process, if she hadn’t been pushed so far by Anne that she snapped? Anne almost knocking Jane’s head off and then telling Harry Norris to drown Jane in the river was abhorrent. But it provided Wolf Hall‘s Jane Boleyn with the final motivation to destroy both her husband and Anne.

Straughan didn’t actually push the agenda that George Boleyn was a homosexual, other than Jane’s comment that ‘nothing is forbidden’ to George, which alluded more to his alleged incest with his sister. Nor did he depict Mantel’s fictional account of George collapsing and sobbing at his trial. Not that George came across well of course, with his blustering and back-pedalling. But he did include a creation of his own – George ardently claiming he wanted to punch his wife. But Straughan‘s only mirroring his source material. Mantel’s depiction of George Boleyn in her novels is bad enough, but her portrayal of George’s alleged show-boating at his trial is nothing short of sickening “George smiles in disdain. Relishing the moment, he smirks: he takes a breath; he reads the words aloud.” Pushing the matter further in her article Royal Bodies, with alarming contempt she claimed that George “entertained the court by telling them that Henry was no good in bed“. 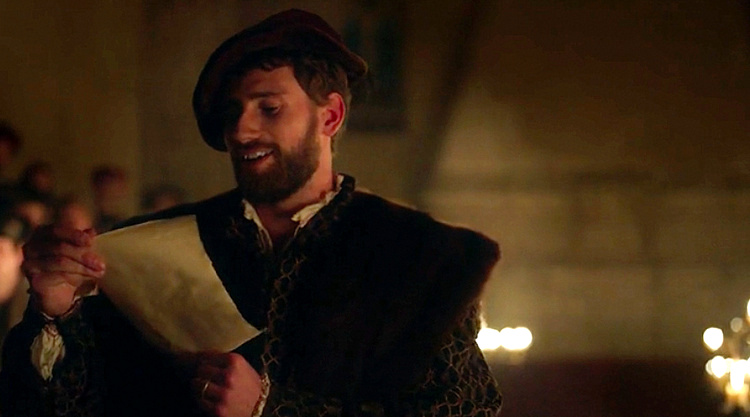 It was Eustace Chapuys, no friend of the Boleyn family, that observed that “[George] answered so well that many who were present at the trial, and heard what he said, had no difficulty in waging two to one that he would be acquitted, the more so that no witnesses were called to give evidence against him or against her, as is customary in such cases, when the accused denies the charge brought against him.”

Mantels’ agenda against the Boleyns has always been plain. Jeering at a man who was falsely accused of committing incest with his sister and paid with his life takes it too far.

Straughan‘s wildly inventive scene where Anne attacks her household is far beyond anything that is recognisable as historical fact. Straughan has Anne torment Mark Smeaton, Francis Weston, Jane Boleyn and Harry Norris in turn. By using parts of actual historical conversations, taking them out of context and condensing them into one scene where Anne steadily builds towards an almighty tantrum and compells Jane to tells lies against her, Straughan pushes the agenda even further.

The fact is that Wolf Hall and Bring up the Bodies are purposely ambiguous. Readers will always interpret fiction differently. Mantel knows that many (or most) won’t believe that Anne Boleyn was guilty of adultery. So she uses persuasion, with the image of Anne’s allegedly hedonistic household repeatedly reinforced throughout her novels, so that the idea that Anne betrayed her husband Henry VIII with numerous lovers is less unbelievable. More underhanded tactics are used in Mantel’s freelance articles written in the guise of a history expert, with this article claiming that “Anne’s supporters hate anyone who says so, but it is possible that she did have affairs. The allegations seem wildly implausible to us, but clearly did not seem so at the time. It is said that the details of the indictments do not stand up to scrutiny, that Anne could not have been where she was alleged to be on this date or that. But this misses the point. If Anne was not where everybody thought she was, that did not count in her favour. If she had risen from childbed to meet a lover, that showed her a monster of lust.” 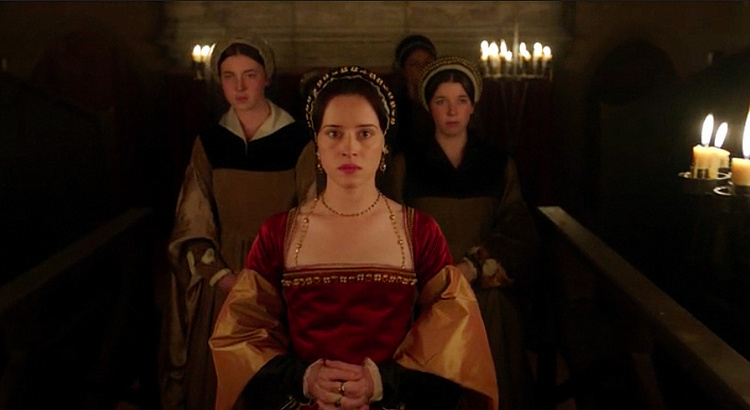 Mantel’s claim that the allegations did not seem implausible at the time are simply false. Again we can turn to Chapuys who, still horrified two months after Anne’s death, wrote that “the executioner’s sword and her own death were virtually to separate and divorce man and wife. But if such was their intention it strikes me that it would have been a far more decent and honest excuse to allege that she had been married to another man still alive.  However that may be, it pleased God that by making such a statement a still greater abomination should become manifest, —one for which the King cannot find a possible excuse, since he himself cannot plead ignorance neque juris neque facté. May God permit that this may be his last folly.”

No historian worth their salt claims that Anne Boleyn was guilty. Mantel’s casual dismissal of ‘this date or that’ undermines years of actual historical research undertaken by experts.

Straughan‘s scene of Anne attacking her household is easily the most grossly unfair portrayal of Anne Boleyn on screen to date. Excluding the abuse of Jane Boleyn, which did not happen at any recorded point in history, the conversations with Smeaton, Weston and Norris took place on separate occasions.

Weston’s flattery that he loved Anne above all others had taken place well before her arrest and fall, and was just that, conventional game of courtly love and flattery for his Queen. Anne inadvertently implicated Weston when she was already being held in the Tower, terrified and trying to reason why Henry thought she had committed adultery, going over incidents aloud in her confusion.

The actual incident with Smeaton was one where Anne was reprimanding him for being too familiar with her. Happening upon Smeaton standing in her Presence Chamber, Anne asked him why he was sad. Smeaton replied, “It was no matter” and sighed. Anne lost her patience at this dismissive response. “You may not look to have me speak to you as I should do to a nobleman”, Anne said, “because you be an inferior person”. “No, no, Madam,’ he replied, “a look sufficed me; and thus fare you well!” 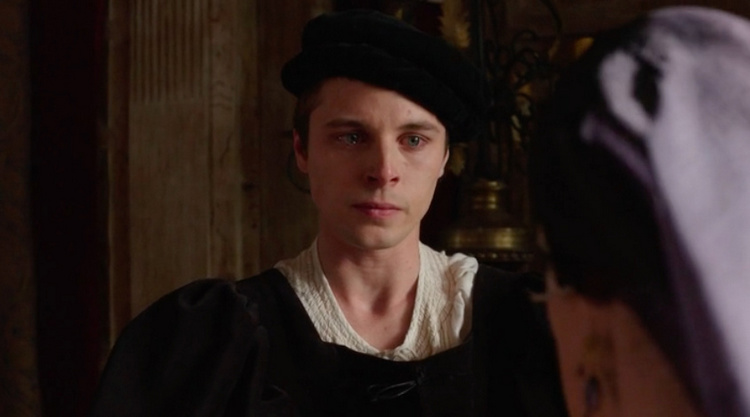 Looking at this conversation in it’s proper context changes the tone dramatically. As Suzannah Lipscomb notes in 1536: The Year that Changed Henry VIII “it was not for a commoner to disregard [Anne’s] question in this way, nor then dismiss himself from her presence. Anne’s tart reminder to him of the nature of hierarchy is a reaction to this and contrasts greatly with her kindly opening question…It is he who behaved familiarly with Anne, and the abrupt, inappropriate and slightly disturbing nature of his remarks (a look sufficed me) suggests the sort of imaginative fantasy one currently associates with celebrity stalkers.”

We don’t know why Mark Smeaton falsely confessed to adultery with his mistress. Lipscomb muses that it afforded him an ‘associated glory’. Many have thought he was tortured, and while there was no physical evidence of torture, mental torture is more than likely. He never withdrew his confession. Anne Boleyn would express concern for Mark Smeaton’s soul for the lie he told.

It is Henry Norris and Anne Boleyn’s unfortunate heated exchange that is notorious. William Kingston, Constable of the Tower and Anne’s gaoler, reported to Cromwell that Anne recalled an incident where she had teasingly asked Norris why he had not yet married his betrothed. Norris answered that he preferred to ‘tarry a time’, to which Anne replied, ‘You look for dead men’s shoes, for if ought came to the king but good, you would look to have me.’ Norris, aghast, replied that ‘if he should have any such thought, he would his head were off’. Anne then snapped and said she would ‘undo him if she could’. Anne’s mindset here is not clear. We can’t be sure if she answered Norris jokingly or heatedly. But it was damning enough, and at the time Anne knew it. She demanded Norris see her Almoner and vouch that she was a good woman.

It would have no effect.

There are a few historians, including Lipscomb, who think that Henry genuinely believed the charges, and that this incident was Anne’s undoing. The problem with this is that it inadvertently places the blame with Anne Boleyn. That by her inappropriate behaviour, she provoked her husband into murdering her. Starkey summed it up best. He responded that “people don’t understand Henry do they? The best and the most convincing liars believe their own lies. Henry had an amazing gift for persuading himself that whatever is convenient is true.” Had Anne Boleyn either been joking or lost her temper, she did not deserve to die for it.

Straughan keeping Henry out of most of Master of Phantoms deflected some of the blame from Henry and centred it around Mantel’s version of Cromwell’s revenge. However, his depiction of Henry claiming that Anne had a hundred lovers and telling Cromwell he had written a sonnet about his woes was immensely satisfying. This is the real Henry VIII, a pathological liar who created a world based on such grand self-delusion he composed sonnets about himself. Cromwell’s haunted eyes in the final scene as a jubilant Henry embraced him drove the point home. 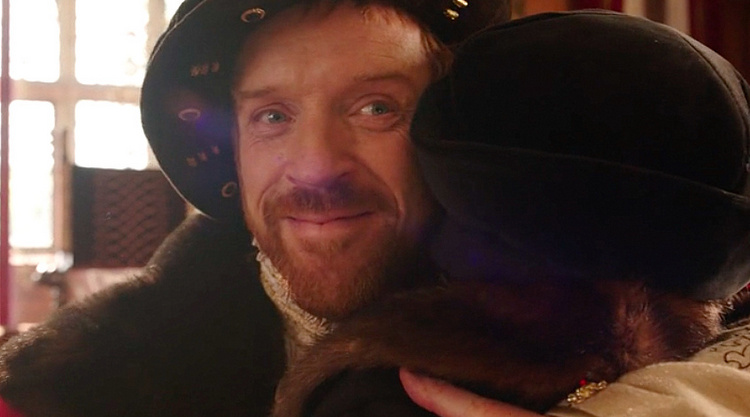 Much is made of Anne’s alleged bad temper, and far less of her good works during her tenure. Anne Boleyn did not have a grand love affair with King Henry VIII. The relationship was fraught with difficulty from the onset, and for Anne it was an uphill battle from the moment Henry began ardently pursuing her, until the moment he tired of her. And when he tired of her, she paid with her life. So did five innocent men.

But if you did come away from Wolf Hall, or from Mantel’s novels, thinking that there is a chance Anne Boleyn may have been guilty as charged, I will leave you with our man Chapuys again. Without his dispatches and observations we would never have known the half of it. We may have even fallen for Henry VIII’s grand scheme. It was Chapuys who observed that “You never saw prince nor man who made greater show of his (cuckold’s) horns or bore them more pleasantly. I leave you to imagine the cause“.

Several years later Eustace Chapuys had lived through another three wives, but he had not forgotten Katherine of Aragon or Anne Boleyn. Henry’s mood during Anne Boleyn’s fall, where he alleged she had a hundred lovers, was quite different to his reaction when he found out his fifth wife Catherine Howard had not come to her marriage bed a virgin. “This King has wonderfully felt the case of the Queen, his wife, and has certainly shown greater sorrow at her loss than at the faults, loss, or divorce of his preceding wives,” Chapuys wrote. “It is like the case of the woman who cried more bitterly at the loss of her tenth husband than at the deaths of all the others together, though they had all been good men, but it was because she had never buried one of them before without being sure of the next.” 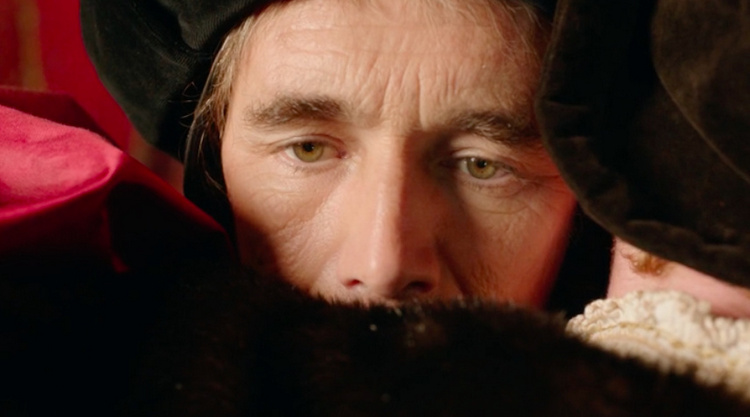