Search
Home
History of Folk & Fairy Tales
Kenneth Branagh’s live-action remake of Walt Disney’s Cinderella left little room for censure. It was enchanting, magical and completely traditional. Screenwriter Chris Weitz remained faithful to both Disney’s 1950 animated classic and Charles Perrualt’s version of Cendrillon; or The Little Glass Slipper. This new Cinderella was hugely popular with critics and fans alike. As such, there was a handful of critics who were clearly outraged by a traditional fairy tale being successful. While voicing the usual complaints about sexism, some critics, at a loss to find any real fault with the film, sniped that Cinderella was too ‘wimpy’.

Weitz’s theme of ‘have courage and be kind’ clearly did not appeal to all. It is keeping with Perrualt’s traditional ‘moral of the story’, and Perrault’s Cinderella moral was fairly straightforward.

Beauty in a woman is a rare treasure that will always be admired. Graciousness, however, is priceless and of even greater value. This is what Cinderella’s godmother gave to her when she taught her to behave like a queen. Young women, in the winning of a heart, graciousness is more important than a beautiful hairdo. It is a true gift of the fairies. Without it nothing is possible; with it, one can do anything.1

As Philip Pullman notes, in Perrault’s Cinderella “the most important theme is sibling rivalry, compounded by the girl’s arriving at sexual maturity”.2 It is a folk tale with a simple message, that beauty comes from within. On her wedding day Cinderella brings her step-sisters, who have begged her forgiveness, to the palace and arranges their marriages to great lords. 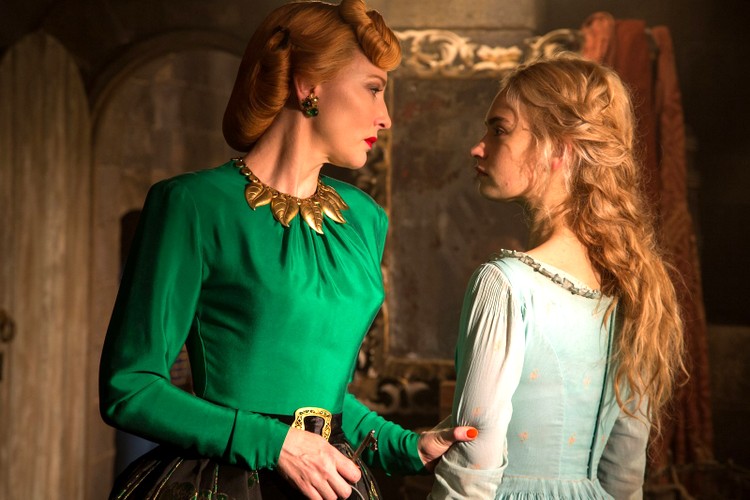 When Kenneth Branagh’s Cinderella was screened to focus groups the audience was divided. Cinderella told her step-mother Lady Tremaine that she forgave her before they parted, and although Lady Tremaine came to no physical harm, she was banished from the realm. For some viewers this was not enough.

“Some people were vocal about wanting to see a different movie ending,” Branagh said. “They preferred punishment and revenge.”

“People wanted scenes where the stepmother was definitively stripped of her wealth and seen begging on the streets. It was interesting to see audiences split along lines on an ending that celebrated forgiveness or in punishment, retribution and revenge.

“It indicates how interestingly difficult some people find the generosity of spirit, self-sacrifice and ability to turn the other cheek that Cinderella has. Some people are irritated by it; they see it as being a patsy or a victim. The story exposes the rawness of those feelings.”

Chris Weitz said he wasn’t surprised the focus groups “got a bit bloodthirsty…Forgiveness doesn’t rank highly as a movie virtue. There aren’t action scenes based on forgiveness.”3

There are hundreds of variations of the Cinderella fairy tale and the majority have a straightforward happy ending; the slipper fits, the prince is delighted and Cinderella is whisked off to happiness. The earliest known variant, Rhodopis, recorded by the Greek historian Strabo in the first century B.C., ends with little incident. The Greek courtesan Rhodopis marries the King of Egypt, after an eagle steals her shoe when she is bathing and drops it in the king’s lap. Although there are many variations on the tale, including a sixth-century account by Herodotus in which Rhodopis was a fellow slave of fable-teller Aesop, and was forced to be a courtesan for her masters until she was rescued by Charaxus, Rhodopis is a straight-forward rags to riches story. The earliest version of Cinderella we might recognise now is the story of Yeh-Hsien, recorded in 850 A.D., in which we have a wicked stepmother and  jealous elder step-sister, a fairy godmother in the form of a beautiful golden fish, and a cloak of kingfisher feathers and golden slippers for the festival. Yeh-Hsien has various traditional elements of the Cinderella story, but a rather unhappy ending for her step-mother and step-sister, who died after being struck by flying stones and were buried in a stone pit by cave people, who called it The Tomb of the Distressed Women.4 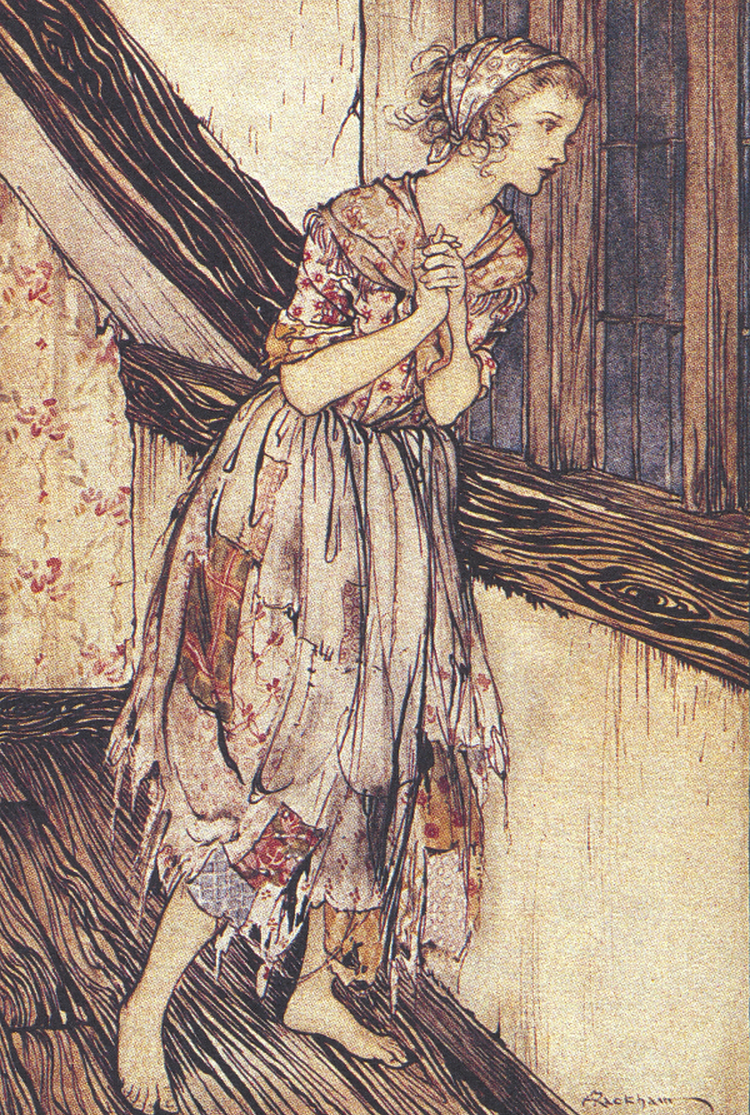 Some of the variants take it quite a bit further, and Chris Weitz probably had the Brothers Grimm in mind when he said that “the culture around the Cinderella fairy tale is violent”.5 In most variants the wicked step-mother and step-sister or step-sisters drop out of the tale alive and well. Even the Brothers Grimm’s original version in the first edition of 1812 saw the step-sisters escape free from harm.

“Cinderella took off the heavy shoe from her left foot and put this foot into the golden slipper, and after she pressed a bit, her foot fit as though the slipper had been made for her. And when she stood up, the prince looked at her face and recognized the beautiful princess once again and cried: “This is the right bride!”
The stepmother and the two haughty sisters were horrified and became pale, but the prince led Cinderella away. He helped her into the carriage, and as they drove off through the gate, the pigeons called out:

“Looky, look, look,
there’s no blood at all.
The golden shoe’s a perfect fit.
She’s truly the bride you met at the ball.” 6

The 1819 ending of Grimm’s Cinderella, or Aschenputtel, was downright unpleasant.

“Looky, look, look,
at the shoe that she took
The shoe’s just right, and there’s no blood at all.
She’s truly the bride you met at the ball.”

After the pigeons had made this known, they both came flying down and landed on Cinderella’s shoulders,one on the right, the other on the left, and there they stayed.
On the day of the wedding with the prince was to take place the two false sisters came out to ingratiate themselves and to share in Cinderella’s good fortune. When the bridal couple set out for the church the oldest sister was on the right, the youngest on the left. Suddenly the pigeons pecked out one eye from each of them. And as they came back from the church later the oldest was on the left and the youngest on the right, and the pigeons pecked out the other eye from each sister. Thus they were punished with blindness for the rest of their lives due to their wickedness and malice.”7

Why the disparate endings? The Brothers Grimm had bowdlerised the later editions of Children’s and Household Tales to make them more suitable for children. This heavy dose of puritanical ideology in the new version of Cinderella served as a severe lesson, rather than Perrault’s gentle ‘moral of the story’. 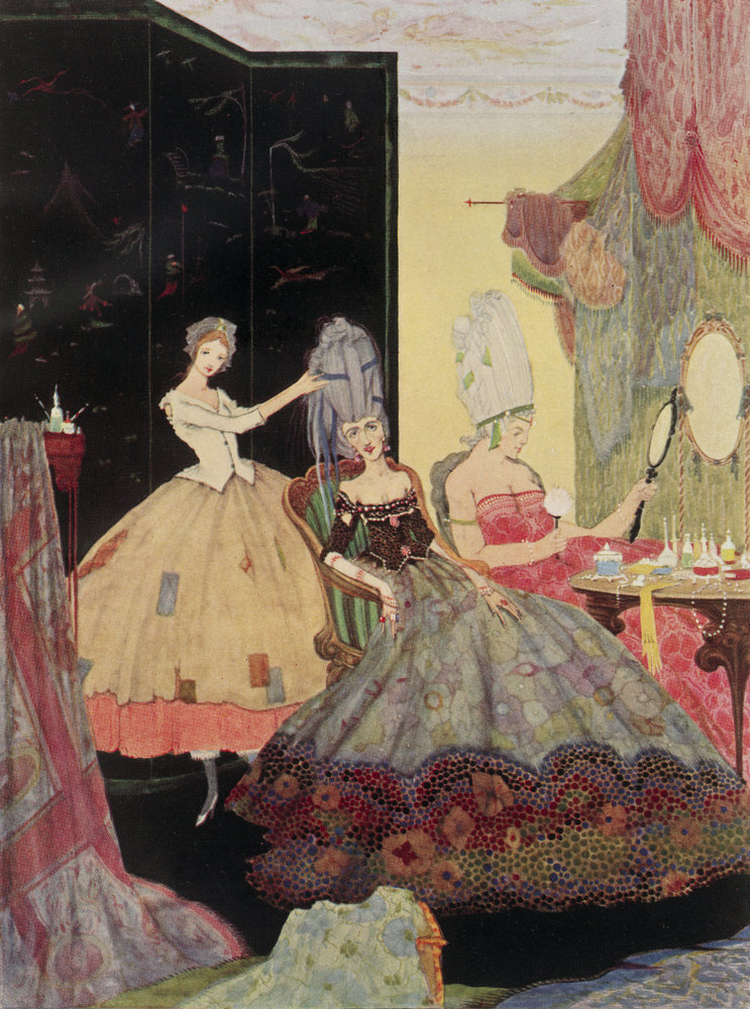 Cinderella helps her step-sisters prepare for the ball, by Harry Clarke

But even Aschenputtel is not the worst of the Cinderella variants, in fact, it has some rather violent competition.

Lin Lan’s Cinderella or San-ko yüan-wang (Three Wishes)8 features two sisters, the eldest called Beauty and the younger, the ‘daughter of the second wife’ called Pock Face. Beauty marries a handsome scholar, and a jealous Pock Face pushes her into the well and drowns her. The wicked-stepmother tricks Beauty’s husband into thinking Pock Face is his wife recovered from a bad case of small pox. Beauty’s soul seeks the help of an old woman, who helps her return to a physical form. Pock Face then challenges Beauty to a trial, but, being false, dies in a cauldron of boiling oil. Beauty returns the bones to her stepmother with the message ‘your daughter’s flesh’. But the stepmother somehow understands ‘carp flesh’. She thinks that Beauty has sent her over some carp, but when she opens the box and sees the charred bones of her daughter lying inside, she lets out a piercing scream and falls down dead.

Boiling is an unfortunately popular punishment in fairy tales, and this variant of Cinderella from the Camerino by Caterina Pigorini-Beri9 is no exception. In La Cenerentola Cinderella is not an orphan, but ill-treated by her mother, father and elder sister. When the Prince comes calling to find the girl who fits the slipper, Cinderella’s mother hides her in a tub. She dresses Cinderella’s elder sister in Cinderella’s ragged clothing to fool the Prince. A rooster alerts the Prince to Cinderella hidden in the tub, and the Prince swaps the sisters and rides off with Cinderella. Meanwhile Mother comes in and puts the water in the tub on to boil. When she discovers she has killed her daughter, she props the corpse up on the stairs. When Father returns he asks his daughter’s corpse where her mother is, and, receiving no answer, becomes angry and knocks her down the stairs.

La Petite Annette from Folktales of Norway to Finland and Burgundy10 features one of the Cinderella traditions of the animal helper slain by the wicked stepmother, whose bones or remains continue to help Cinderella from beyond the grave. Annette buries the liver of her deceased friend the sheep, which blossoms into a tree that grows so tall no one can pick the fruit except Annette, as the tree lowers its branches for her. A passing prince wants the fruit so badly that he promises to marry the daughter of anyone who can pick some for him. Hoping to make a match for one of her own daughters, the stepmother builds a huge ladder but she falls and breaks her neck. Annette then picks the fruit and marries the prince. 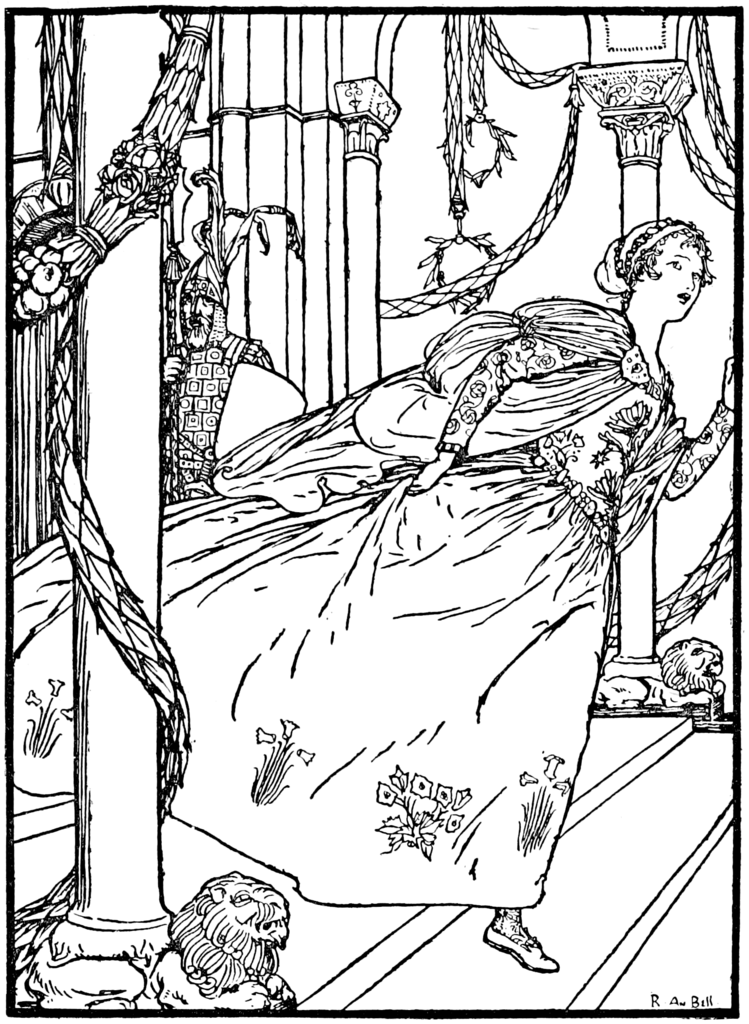 Benizara and Kakezara11 is a Japanese variant of Cinderella, and young Benizara is the victim of her step-mother’s and step-sister Kakezara’s cruelty. Her Fairy Godmother is a mysterious old woman in the mountains who gives her a magic box. When the box grants Benizara a beautiful kimono to wear to the village play, she catches the the of a great nobleman. But when he comes to the house to call on her, Benizara’s step-mother hides her in the bathtub and tries to push Kakezara forward. The lord is not fooled, and Benizara is revealed. When the lord rides off with Benizara, Kakezara’s mother puts her in a basket to stow away on Benizara’s palanquin. But she drags the basket too quickly and Kakezara’s basket tumbles over the edges of a deep ditch and kills her.

The most gruesome ending for an evil step-sister may be that of Haloek in the Indonesian folk tale Kajong and Haloek. It is true that Haloek went so far as to murder her poor orphaned step-sister Kajong. When Kajong managed to return to the living, the envious Haloek, who had tried to usurp Kajong’s place at the side of the king, asked her how she kept her skin so white. Kajong joked that she threw herself into a cauldron of boiling water and the foolish Haloek tried it and killed herself. Kajong orders the servants to cut up the body and pickle it, but then things take an even nastier turn. Kajong instructs the servants to send the salted flesh to her step-mother and say it is a gift from Haloek, who has invited her mother to come and visit her. But when Kajong’s step-mother arrives at the palace she realises Haloek is not there, and Kajong makes her feel ashamed of herself and she leaves. Later on, when the step-mother has almost finished the salted meat she comes across a hand wearing ring, which she recognises as Haloek’s, and realises she has been eating her own daughter.

It is thought that the Cinderella we are most familiar with today is the ‘Disney’ version, but the Cinderella we are the most familiar with is the folk tale that has been told over and over again for centuries. It is of a young girl who bears her bad fortune with as much patience and good grace as she can, until someone kind-hearted comes along and gives her another chance at life. And really, we could all use a little less Grimm and a lot more Perrualt in our folk tales. 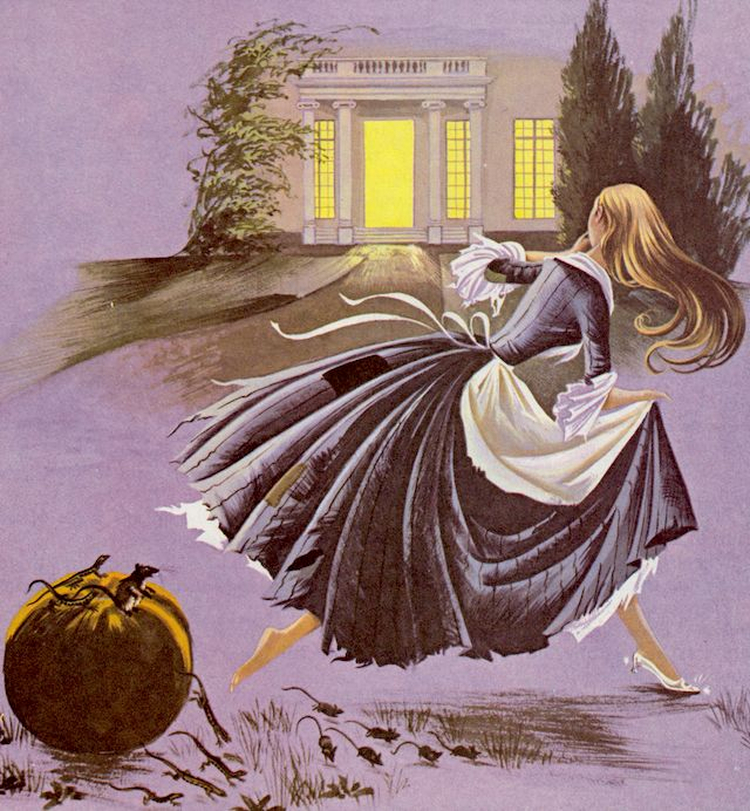