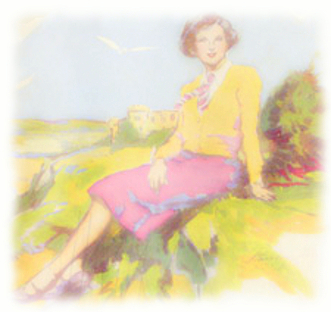 I count our successes those who learn to be good-hearted and kind, sensible and trustable, good, sound women the world can lean on.

A girl of Enid-Blyton-Land must study hard but not be too studious, play hard but never slack off, never pay too much attention to her looks lest she be branded a feather-head but always be “well-turned out”, be independent and clever yet never look so far into the future she forgets to be an ordinary school-girl.  Miss Grayling’s gentle speech may be an inspiring one, but the girls of Malory Towers were determined to lick you into shape should you fail to meet their standards. It was an arduous path to becoming the well-rounded woman that Enid expected you to be.

Enid’s years as a school teacher as well as a school girl always shaped her writing. Enid never stopped wanting to teach children, and while she published non-fiction titles on nature, it was really life-lessons in which she was determined to instruct her readers. While children must be well-behaved, breaking rules was certainly allowed when catching bands of smugglers. What it was really being kind, charitable and good-hearted. Of course there were rules for boys as well as girls, Cyril from Six Cousins at Mistletoe Farm is far more bearable when he cuts his hair and starts playing football, ditching the sandals and reading rather than spouting poetry. There is a uniformity to Enid’s perfect children, while on the surface she seemed to encourage individuality and even eccentricity, the set of rules for boys and girls remained the same. Those who really fit in were those who followed her Rules. 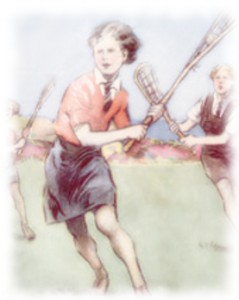 Books published between 1945 and 1951 show girls graduating from school with all of them going on to university or entering the workforce. When the rich and spoiled Prudence reveals her plans to become a lazy socialite in The Family at Red-Roofs, Joan Rennie scornfully tells her

As a matter of fact, I think every girl ought to have some sort of work to do, whether she needs to earn her living or not

But in 1947, supporting character (a different) Joan tells her clever and beautiful, but conceited best friend Pam that

I’d rather be the centre of a home, a real home like that, than a little unknown person in somebody’s office, with only a typewriter and a telephone to mess about with…I’m new fashioned. I don’t want to rush away from my home as girls have been doing for years – I want to be the centre of it, the star of it

In the same book young Lizzie is on her way to becoming a successful and financially independent freelance writer. What is it then, that was Enid’s true vision of a perfect woman? 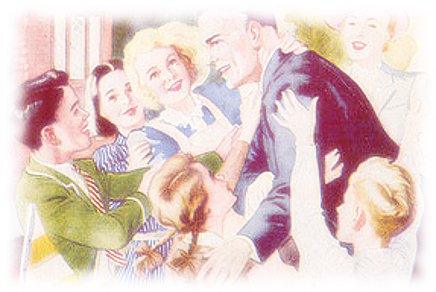 While Enid expected women to be clever and independent she also expected them to be a good mother and a good wife. And according to Enid, a mother’s place was in the home. Feminism has evolved a great deal over the years and it is easy to forget how even independently wealthy working women still valued the idea of being the centre of the home.

The Six Bad Boys, published in 1951, is what her biographer Barbara Stoney called “an unusual attempt for Enid at social realism”. It is widely accepted that the inspiration for the Berkeley family is Enid’s own traumatic experience of her parents’ separation. Mrs. Berkeley may mirror everything Enid hated about her own mother Theresa. Mrs. Mackenzie of the model family central to the book calls her “discontented and disloyal”. It is clear Enid placed the blame for the family breaking up firmly with Mrs. Berkeley, as she may have with her own mother. Enid and her brothers were forced to to pretend, after her parents separated, that their father was merely “away on a visit” , a pretence the family kept up for years and one that clearly caused a deep resentment towards her mother, something she projects on to Mrs Berkely.

But while the Berkely family might reveal some of Enid’s long suppressed childhood traumas, it is the vicious treatment of Bob Kent’s mother in this book that fascinates me. Mrs. Kent lost her husband a year before she and her son Bob moved to Hawthorn Cottage, next-door to the Mackenzies. A widow living in a small village, on a small pension and cut off from her friends, Mrs. Kent wants to find a job during the day, much to Bob’s horror. Bob wants his mother at home to be there for his dinner and to greet him after school. He clings to his mother in a way that Enid would normally scorn, like the “girlish” John in Those Dreadful Children. Far from treating a young woman coping with the loss of her husband and a wayward son with understanding, Enid accuses Mrs. Kent of being at the root of Bob’s behaviour.  When Bob finally gets into trouble with the law Mrs Mackenzie tells her

You know it’s all your fault don’t you – leaving Bob so much by himself – and you feel guilty, but you’re not going to admit it! So you’re putting up a show of anger and disgust with Bob. But you feel guilty in your inmost mind don’t you?

For despite her troubles, it is difficult to feel sympathy for Mrs. Kent. Enid’s creation of the working mother is hard, unloving and unsympathetic. Any mother who could not be home to take care of her children was simply selfish. And her solution is clear. Don’t you think you could give up your work and care for him again?

A simple solution, from a complicated woman. Enid always thought the solution was simple. The progression from a sensible and jolly school girl, to a hard-working independent young woman to a loving and supportive wife and mother was, to Enid, a natural one.

When I look at my mother and see how happy she is in her own home, and how we all love to be there, and when I see all the things she knows how to do so well, I just want to be like her, that’s all