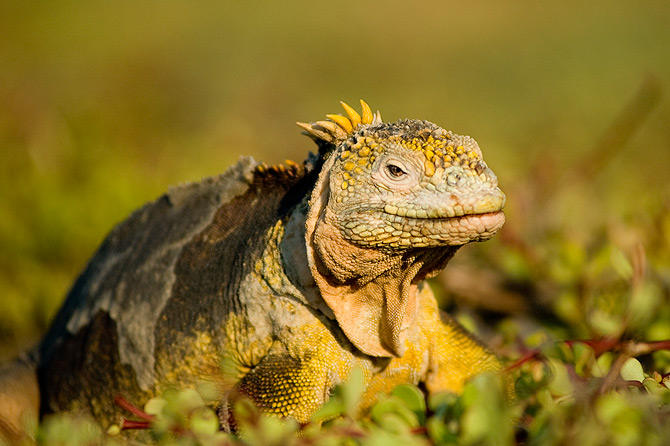 Galapagos Holidays | The Wildlife Experience of a Lifetime

Scientists have demonstrated that the rapid evolution of species in the Galapagos Islands is a direct result of a diminished need for competition.

There are many environmental niche opportunities for a limited number of species, and there are no predators. Effort does not need to be spent in hiding, camouflage or other defensive activities. This is clearly demonstrated by the ‘tameness’, the approachability of the wild animals of the Galapagos, most of which will feed and carry on with their normal behaviour within a few feet, or even a few inches of other animals or human beings. They have no need of the defensive instincts and reactions of animals elsewhere in the world.

On the Galapagos Islands, evolution by natural selection occurs more rapidly than in any other environment. Species diversify and innovate to fill the abundant environmental niches.

There is commonly held belief in economics that it is competition that leads to innovation, that predatory behaviour is beneficial for growth and development.

If the discoveries in evolution in the Galapagos can be applied to human behaviour and economies, and there is no reason why they shouldn’t because both are simply economies of growth and resources in different environments, then competition is not the driving force of innovation, rather, an open approach to opportunities leads to diversity and new discoveries.

Also, a fantastic place for a holiday.