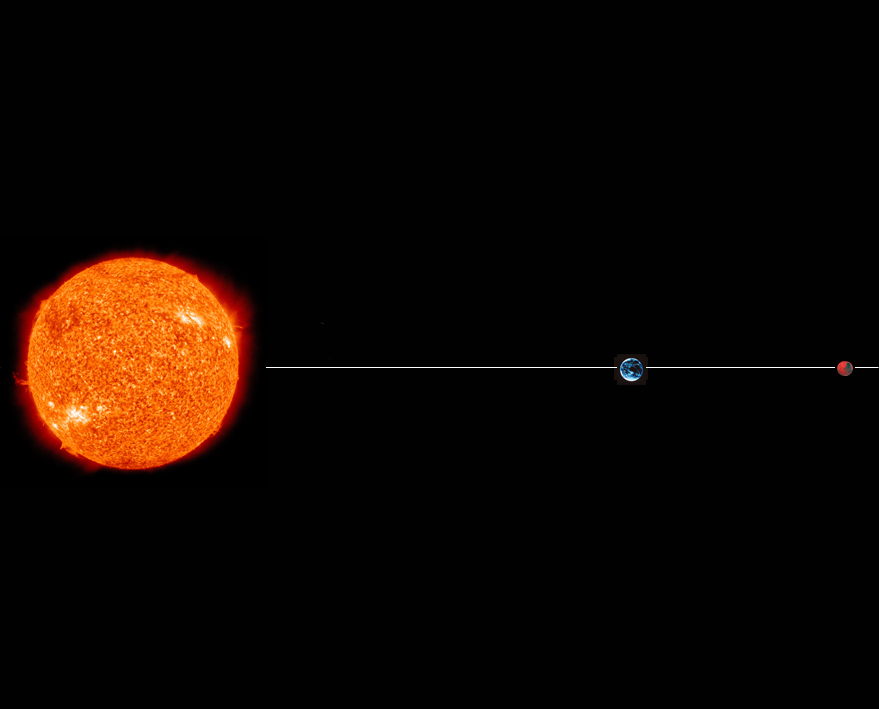 Red Planet Rising The Power Of Mars Shines on April 8

In astrology and mythology the baleful red glare of Mars has meant war, conflict, strife and chaos. It’s ruby gleam in the night sky taken as a sign of power, wealth, passion and strength.

On April 8th, 2014, Mars will be in opposition, at it’s brightest and most powerful. Opposition means that Mars, in its orbit will be in a direct line with earth and the sun, at its closest point to the earth in their respective orbits, a point astronomers refer to as periapsis. Why opposition? From a position during the day on Earth, the planet in opposition is perceived as being on the opposite side of the Earth.

The key to the confusion in these terms, is the perception in former times that Earth was at the centre of the universe. The universe was geocentric. In the 16th and 17th century Copernicus, Galileo, and Kepler advanced the heliocentric universe. Newton and Halley in the 18th century confirmed it both mathematically and by observation, and yet reduced it to a heliocentric solar system. The Catholic Church finally recognized the heliocentric system in 1992, repealing the Inquisition’s ruling against Galileo some 350 years after the astronomer’s death. Of course, in the Christian view, if God is in the heavens, man on Earth, and Satan below in hell, technically that would be a diabolocentric universe. And with the far-reaching and far-fetched complexities of quantum mechanics, it may be incontrovertibly true that it is an egocentric universe, with the observer determining how many angels can dance on the head of a pin.

Philosophy aside, the effects in the physical, observable, quantifiable, apparent universe, of the Red Planet being in opposition are, that like a full moon, it will rise around sunset, reach its highest point around midnight and set around sunrise. It will appear comparatively big and bright, at least 10 times brighter than the brightest stars. Facing the Sun, the entire Earth-facing surface of Mars will be illuminated. It will have an apparent retrograde motion. Retrograde motion is when a planet appears to halt and travel in the opposite direction to the normally observed direction of the stars. This is of course an illusion; as Earth has a shorter, faster orbit, observing from Earth as we swing past inside Mars in its orbit, it will appear to halt, go backwards and then resume its normal west to east path.

Mars will be traversing the constellation Virgo. Undoubtedly in less enlightened times there would have been much sacrificing of maidens at such portents. At such times, could there really be Martian Madness? Scientists and skeptics like to dismiss the effects of the full moon these days, but given the egocentric universe, lunacy, and arecy (for Ares – Mars the God of War) should perhaps not be dismissed so easily. Don’t be surprised if a Horned God manifests. However, if that doesn’t occur, instead you can simply observe the beauty of Mars in opposition. In Australia, on the 8th of April, in the early evening face north, and Spica, the brightest star of the constellation Virgo, will be visible to in the far east. Mars will rise at 6pm, will culminate, or be at its highest at 12.15am, and will set at 6.30am, Eastern Standard Time.