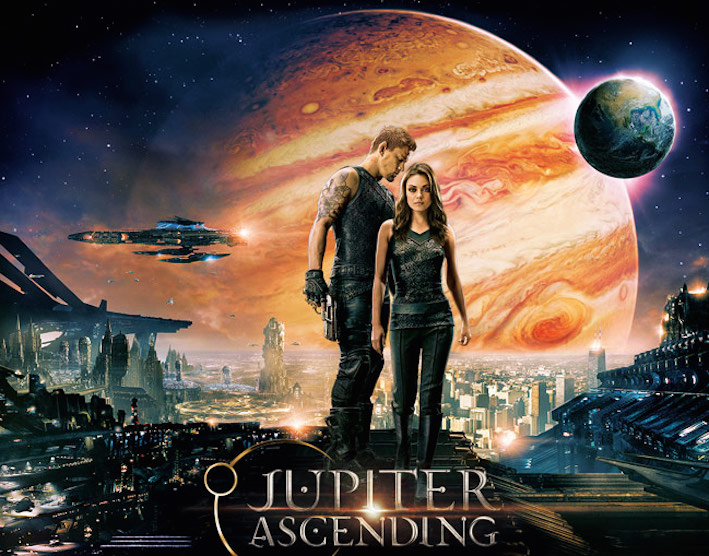 With Jupiter Ascending To Opposition, We Share Some Exclusive Movie Artwork

In Jupiter Ascending Mila Kunis plays Jupiter Jones, a very ordinary girl from Earth suddenly informed by a genetically modified alien bounty hunter, Caine, (Channing Tatum) that she is the chosen one, the genetically reincarnated queen of a vast galactic empire, if she can only survive the warring factions of the other heirs to that empire, and prevent them from harvesting the Earth.

This is epic space opera on a grand scale, a visual spectacular with intense action and universe altering destinies being played out across the cosmos from humble Earth to the incredible planet Orus.

The Wachowskis who brought us the iconic, the visually striking and edgy Matrix Trilogy, V For Vendetta, Speed Racer and Cloud Atlas, continue take the movie experience to new heights. This time they even have our largest planet, the gas giant Jupiter, lining up to pay them homage.

On the 6th February Jupiter will be in Opposition, in a direct line with the Earth and the Sun. It will be visible throughout the night, and will be at its closest position to Earth in several years. Coded broadcasts may have been detected in the gas giant’s vicinity, astronomers here are working on the signal.

With improvements to his telescope in the early 17th century Galileo detected the four largest moons of Jupiter, Io, Europa, Ganymede, and Callisto. Before that they were imperceptible, and people still believed the universe turned round the Earth at its center. Now we can not only observe the great red eye of Jupiter, we can fly spacecraft past it.

As Earth has been moved from the center of the universe to the edge of an obscure galaxy, it’s probably not even surprising that we could be, as in Jupiter Ascending, little more than a crop, perhaps seeded 100,000 years ago by vastly superior technology, now ready to be harvested. And yet how our vision has expanded, so now we can realize the far flung reaches of the universe.

Here’s an exclusive, extraordinary vision of the planet Orus, the kind of planet with the technology to rule a vast galactic empire. Click to see more exclusive visions of the universe of Jupiter Ascending. 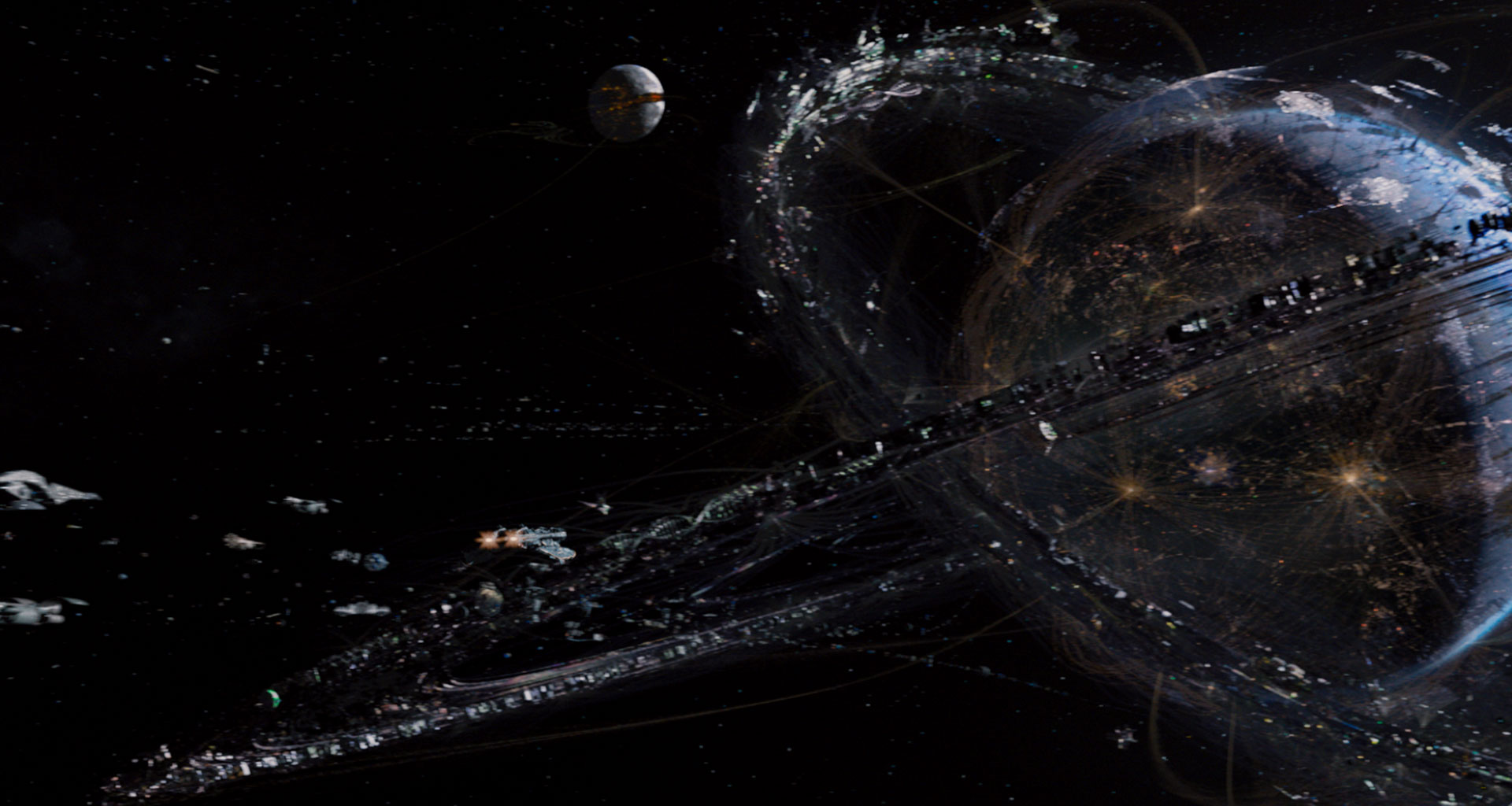 Watch the full trailer, or for a more indepth look, watch the exclusive production featurette below. Jupiter Ascending in 3D on the big screen will be an experience like no other. Watch the skies warily on Opposition Day, and don’t miss out.