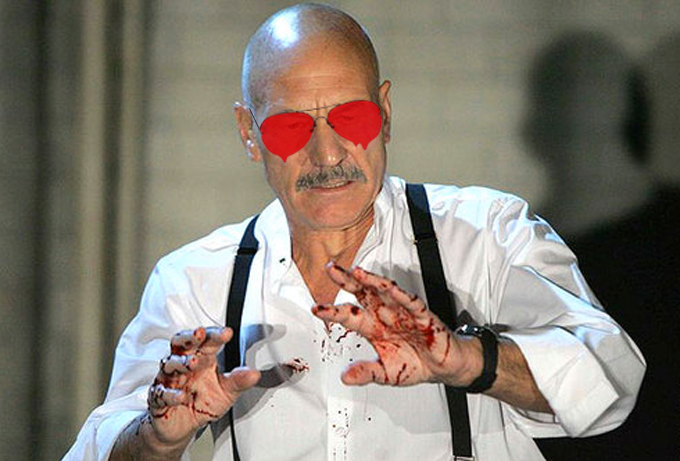 They say the Yorkshire accent is the closest thing to the way English sounded in Elizabethan times, except for Bostonians, who make the same claim. Also, Klingons, but they are mostly fictional despite appearing in vast numbers uttering their guttural speech at Sci-Fi and Comic Cons.

While we’re on the USS Enterprise, it is a little heard fact that behind Patrick Stewart’s commanding Shakespearean resonance is a broad Yorkshire accent. Has he ever recited Evidently Chickentown, by fellow Yorkshireman, John Cooper Clarke? And which voice would he use? Unfortunately, you will have to use your imagination. Make it so.

There’s a version from the 2001 telemovie Strumpet given the full English by that other space and time travelling Northern lad, Christopher Eccleston. This version is rich and ripe and perhaps not suitable for work or the TARDIS, you may have to click here to see it.

It also imbued with a sense of impending violence and chaos barely held in check when famously used in 2006 in the oft times Shakespearean but also not suitable for work episode 14, season 6, of The Sopranos, an episode titled Stage 5. What is on that stage, exactly, perhaps one, perhaps the other, perhaps both, perhaps one and the same, Richard III, Macbeth or Chickentown?