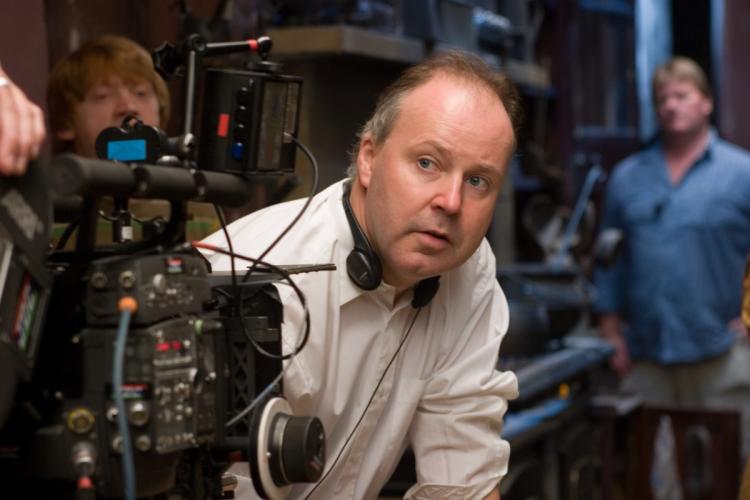 It is an unfortunate fact that the first four Harry Potter films were a disappointment. I had actually forgotten just how dreadful the first two films were until this week when Harry Potter and the Philosopher’s Stone was on television and I could only endure about ten minutes of Dan Radcliffe mechanically spouting overly-confident un-Harry-like dialogue alongside Rupert Grint’s horribly unfunny jokes. I remember having faint hope for Prisoner of Azkaban, and while this introduced the wonderful Gary Oldman and David Thewlis as Sirius Black and Remus Lupin, it also turned Hermione glossy-haired and glamorous and created the completely underwhelming floaty Dementors, who were regrettably retained for the duration of the film series. Alfonso Cuarón had previously completely misunderstood everything about A Little Princess in his Americanised adaptation, and, in the end, Prisoner of Azkaban fared little better. Mike Newell’s Goblet of Fire was an improvement on the previous three, but it was still lacking, and it completely mishandled the character of Voldemort, who leapt around like an overexcited toddler; a boorish pantomime villain with none of Voldemort’s chilling and deliberate manner.

Harry Potter and the Order of the Phoenix was director David Yates’ first feature film, let alone mega-blockbuster film. Order of the Phoenix also has some of the most difficult material in the whole book series, laden with teen angst and an angry and spectacularly irritating Harry. I was not expecting much, but to my surprise, it was the first truly great Harry Potter film. While Yates handled the young adult woes of Harry and friends with dignity, the most difficult scene to translate to film would have been Harry’s possession by Voldemort. At the Ministry of Magic Voldermort manages to possess Harry’s body for a few minutes, until Harry fills with emotion at the thought of seeing Sirius again, a feeling that repels Voldemort’s tainted soul. Yates not only adapted the scene beautifully, he brought a whole new depth to it with Harry’s visions of the people he loved the most, and revealed Harry’s pity for Voldemort – foreshadowing the scene at the afterlife King’s Cross where Harry encounters a form of Voldemort. Warner Bros. scrambled to secure him for the final three films, and there is no director that understands the Potterverse better than David Yates. 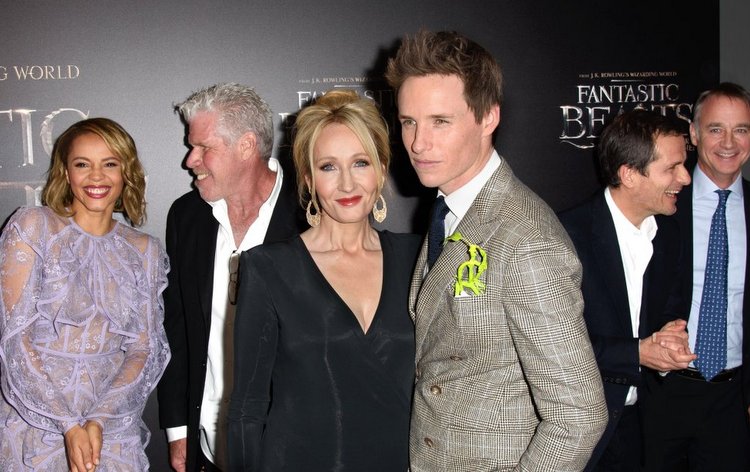 It was Steve Kloves, regular Harry Potter scribe, that compelled Jo Rowling to reveal Albus Dumbledore’s sexuality. Kloves had written a scene where Dumbledore was reminiscing about an old girlfriend. Jo crossed out the passage in the script and wrote “Dumbledore is gay” in the margin. Adaptations will always feature more than one artist’s stamp and Kloves was always heavy-handed with lame humour. So when Jo Rowling assumed complete creative control over Fantastic Beasts and Where to Find Them, ensuring no changes could be made to the script without her approval, fans could rest assured there would be no more fart jokes. Moreover there would be no cuts or deviations from the source material, because the films themselves will become canon. David Yates called the scripts “pure Jo from the first page to the last page”, which is as it should be. And now that it has been announced there will be five Fantastic Beasts films, Jo has plenty of time to introduce us to the international wizarding community. 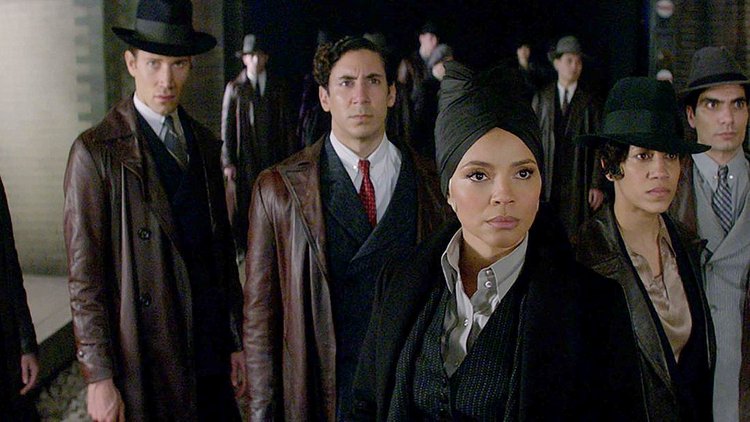 Jo’s History of Magic in North America is some of her best work yet. The history of the British wizarding community was detailed in some part in the books, and later with writing released on Pottermore, but this has now spanned 20 years of writing. With the upcoming Fantastic Beasts film, Jo had to reveal the general history of North American witches and wizards in a hurry. What fans were presented with was a wonderfully complex history that stretched back to 14th century contact between Native American wizards and their European cousins. While the British wizarding community has always seemed very capable and superior to Muggles, the witches and wizards who emigrated to the New World in the 17th century faced a life without everyday magical comforts, yet to establish the commercial element of their community or a legal structure. Moreover, the behaviour of the Puritans towards the Native American peoples forced both wizarding communities further and further into hiding. The wizarding mercenaries, or perhaps vigilantes, Scourers, who claimed to be filling the gap in law enforcement, became very corrupt and were turning fellow witches and wizards over to the Puritans. Eventually a government was formed (MACUSA) but the damage was done. The American wizarding community would never embrace contact with Muggles as British wizards did. By 1790 the total segregation of the wizarding and No-Maj communities was enforced after a breach in the International Statute of Secrecy.

While the Harry Potter series suggested parallels between the rise of anti-Semitism in Germany and the implementation of the Holocaust when the Death Eaters came into power, the history of magic in North America stretches back far enough to show parallels with the rise of anti-Semitism in Germany centuries prior to WWII. With a glimpse of Grindlewald’s followers in the final Fantastic Beasts trailer we can expect to learn a great deal more about the notorious dark wizard’s rise to power. 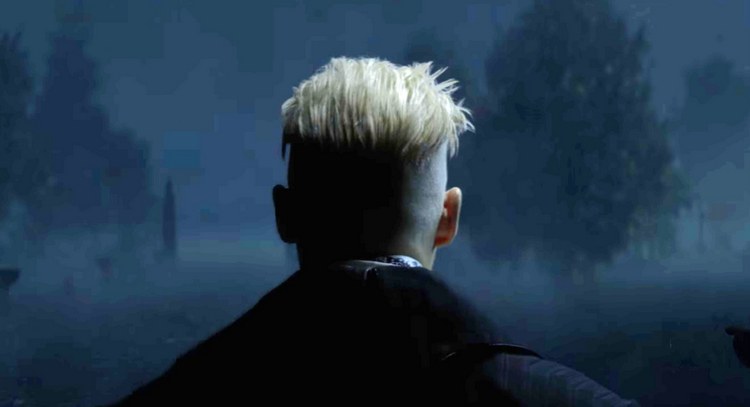 Last week it was announced that Johnny Depp’s cameo in Fantastic Beasts and Where to Find Them would introduce Gellert Grindlewald to the film series. Grindlewald, who Dumbledore fell deeply in love with as a young man, has appeared in the Harry Potter film series, played as a young man by Jamie Campbell Bowe, and imprisoned in Nurmengard by Michael Byrne. Johnny Depp will play Grindlewald aged around forty, a little over twenty-five years after the death of Ariana Dumbledore and twenty years before his legendary duel with Albus Dumbledore. It seems that Grindlewald’s regime stretches far beyond his European powerbase, and with a long history of fractious relations with the No-Maj community, it is inevitable that Grindlewald has attracted witches and wizards from the American community to his cause. The symbolism will inadvertently have heavy significance following the US election last week.

Jacob Kowalski’s wonderful story, going from a mundane existence working at the Moreton Dale Canning Factory in New York, to joining Newt Scamander’s magical adventures, is sure to enchant fans everywhere. No Muggle has played a leading role in the Potterverse to date and the positive dynamic between Newt and Jacob, played by comedian Dan Fogler, promises plenty of humour.

‘Once we get in costume, and we’re standing together, there’s definitely a Laurel and Hardy thing going on,’ Dan told Pottermore. ‘Or maybe Abbott and Costello. Sherlock and Watson, even! Just from a collective unconscious standpoint, the audience could imprint their favourite duo onto us and it works really nicely.’

Fantastic Beasts and Where to Find Them hits cinemas November 17 and 18.