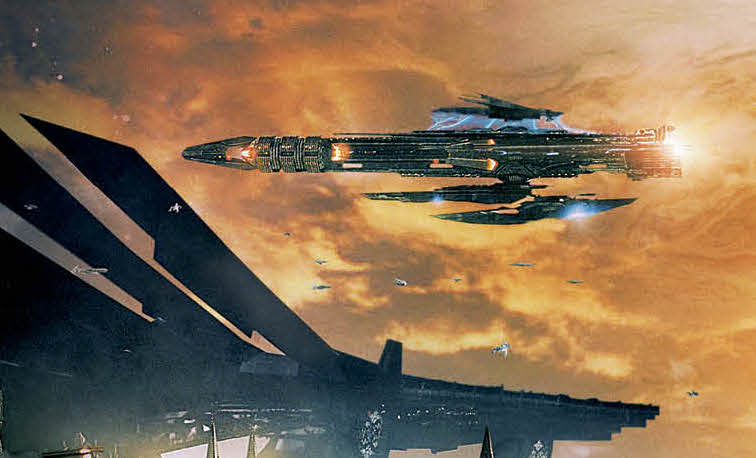 Perhaps you remember Rutger Hauer’s soliloquy near the end of Ridley Scott’s 1982 masterpiece, Blade Runner, in which the rogue replicant, railing against the limits of his artificially premature mortality, decries the loss of the extraordinary experience, the unimaginable wonders he has seen, out there, in space.

I’ve… seen things you people wouldn’t believe… Attack ships on fire off the shoulder of Orion. I watched c-beams glitter in the dark near the Tannhäuser Gate. All those… moments…will be lost in time, like tears… in… rain. Time… to die.

Despite over thirty years having passed, with incredible advances in CGI technology, there still hasn’t been a film that quite captures the extraordinary vision promised in that speech. If you haven’t seen it, I suggest you get the Blu-Ray, turn everything off, and watch it now.

And after that see the Wachowskis’ Jupiter Ascending. While the story is a pastiche of some classic sci-fi comic book tropes, the visually amazing film recalls SF heritage from Metropolis to Logan’s Run, Barbarella to Dune, Flash Gordon to 2001, and fulfills the dream at the heart of every SF fan; to experience that wonder.

To celebrate the arrival of this visually amazing 3D spectacular in Australian cinemas on February 19, in conjunction with Roadshow Films, we’re giving away 5 In-Season Double Passes.

To win all you have to do is tell us if you’d take the red pill or the blue pill and why. That is of course a reference to the Wachowskis’ first piece of sci-fi genius, The Matrix. Best answer wins. Open to our Australian readers only, and the winners will be announced at midnight on the 25th February, 2015.