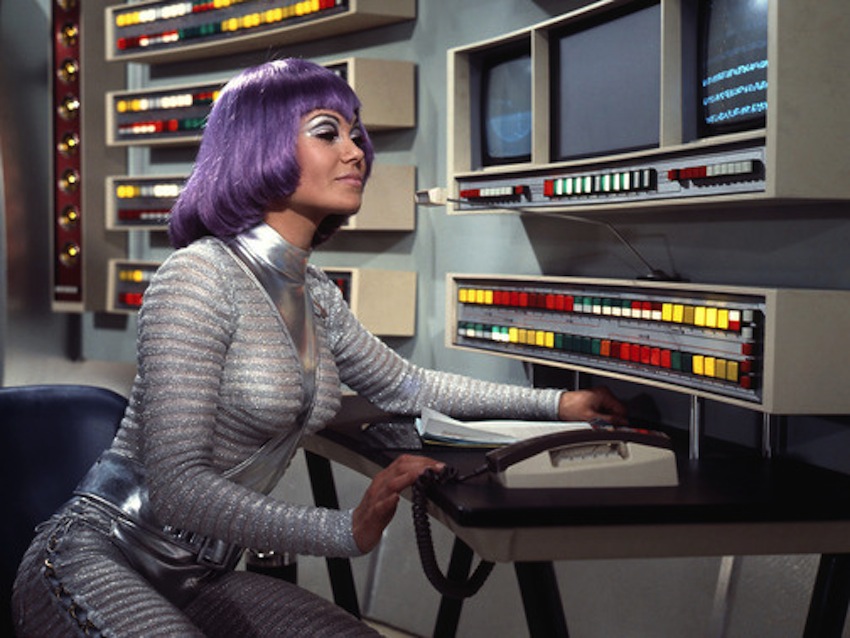 There has been a lot of chatter recently about NSA director General Keith Alexander’s fabled control center, with reports that he is a Sci-Fi fan and when he was in charge of the US Army’s Intelligence and Security Command modeled the Information Dominance Center in Fort Belvoir, Va. after the bridge of Star Trek’s leading lady, The USS Enterprise. These reports are incorrect and have an ulterior motive. A US government spy agency with dubious motives connected to false reports? Seems unlikely doesn’t it?

While the high-tech design of the center did inspire the spies and visiting VIPs to play at being Captain Kirk or Jean-Luc Picard in the imposing central leather and stainless steel chair, the center was actually designed and built in 1998; Alexander didn’t have the job until 2001. Unlike Star Trek, the blockish steel panels and glass-boothed ready-room gives a definite impression of b-grade movie set design. Kitchen cabinets as control consoles, egg-beaters as ray guns. Zzzzzzooooop!

While everyone from PBS to io9 has been helping the nefarious buggers at the NSA try to add some nerdish glamour to their somewhat tarnished reputation by latching on to Star Trek, the comparison is not an apt one.

The values of Star Trek are those of scientists and explorers, in an open, cc-operative, not capitalist society, based on values, not oil prices. Where devotion to peacefully expanding knowledge is the highest vocation. As creator Gene Roddenberry said, “We believed that the often ridiculed mass audience is sick of this world’s petty nationalism and all it’s old ways and old hatreds, and that people are not only willing but anxious to think beyond most petty beliefs that have for so long kept mankind divided…The whole show was an attempt to say that humanity will reach maturity and wisdom on the day that it begins not just to tolerate, but to take a special delight in differences in ideas and differences in life forms.”

The NSA and the US Army’s Information Dominance Center, on the other hand, are both weapons in an arsenal that has been turned against people,  against foreigner and citizen with equal disregard, in order to defend a coalition of the powerful that control wealth, markets, energy and weapons.

This is about as far as you can possibly get from the bridge of the Enterprise. However, we have found several candidates from the science fictional world that are much more appropriate.

One of Drax’s schemes was to use foreknowledge of terrorist acts and the threat of nuclear attack to manipulate stock markets. We have a feeling the NSA and it’s visiting VIP US policy makers would feel quite at home in Drax’s control center, and perhaps quite sympatico with his techniques. 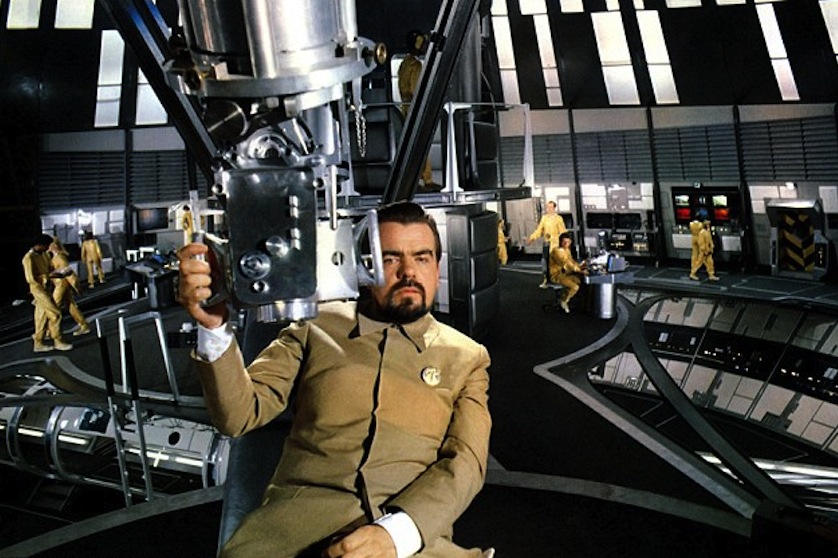 Doctor Evil, From Austin Powers – The Spy Who Shagged Me

As Doctor Evil said to the President, “Dr. Evil says, “Why make trillions when we can make … BILLIONS?” By pouring countless trillions into warfare over the past 30 years, US economic policy seems to have been following that advice. 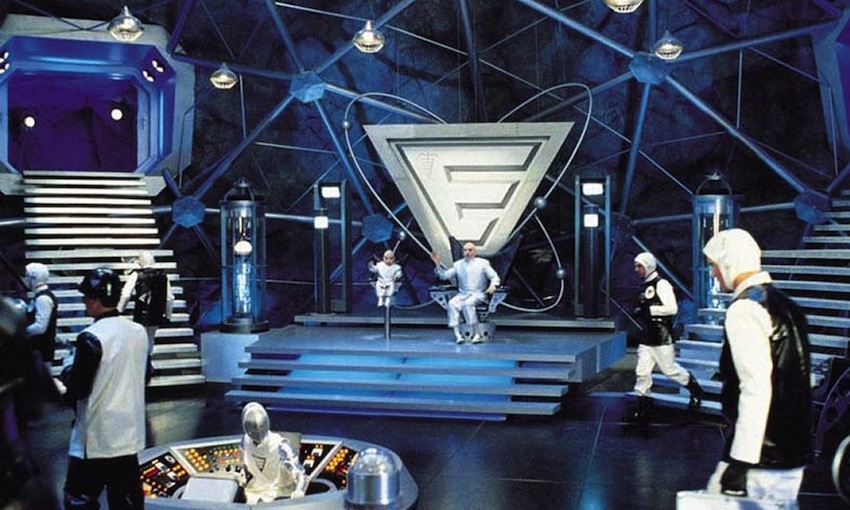 Reasonably sure all NSA personnel are required to have Darth Vader’s theme as their ringtone. Also that heavy breathing you hear in the background of your phonecalls? Guess who.

Gene Roddenberry And The Real Enterprise

As Gene Roddenberry said, “If we cannot learn to actually enjoy those small differences, take a positive delight in those small differences between our own kind, here on this planet, then we do not deserve to go out into space and meet the diversity that is almost certainly out there. And I think that this is what people responded to.”

As faulty as individual episodes could be, Star Trek proves “that the much-maligned common man and common woman has an enormous hunger for brotherhood. They are ready for the 23rd century now, and they are light-years ahead of their petty governments and their visionless leaders.”