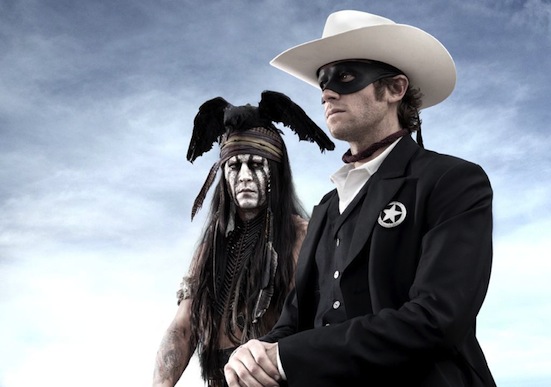 Johnny Depp, Doctor Who And Mauling The Bones Of The Princess

The Lone Ranger is a flop. I wholeheartedly disagree with this statement. It was a rollicking, good old fashioned matinee adventure, with fantastic performances from charismatic actors, spirit and mystery, humour, curious quirks, corrupt and crooked bad guys, amazing stunt set-ups, and enough references to the 1930s adventure matinee and Western genre traditions to make any old cowboy give a heckuva holler.

John Carter, similarly was a flop. Again, I completely disagree. John Carter is classic Sci-Fi adventure. With a cunning plot, adventure, battles, twists galore, magnificent production, awesomely rendered exotic Martian sets and scenery, wonderfully realized alien characters and culture, both harking back to the Golden Era of Science Fantasy, when Edgar Rice Burroughs penned the novel series on which it was based, but brought to life with all of today’s CGI wizardry. Handsome heroes and the most gorgeous warrior-scientist princess of whom a Sci-Fi fan could ever dream.

Both films share similarities, and both are flops based on one criteria only. Box office. Yes it is an important criteria for the industry, with consequences for the future production of these kinds of films, but as a criteria for a film fan it is of little import. Both these films, from a fan’s point of view, were magnificent.

There has been much discussion of John Carter’s perceived failings. I largely put it down to a failure of marketing. Marketeers doubtless consulted their focus groups. They decided to call it John Carter. Not Edgar Rice Burrough’s John Carter Of Mars, or A Princess Of Mars, after the novels. Just John Carter, I guess they thought that was cooler, and they used a tricked up Led Zeppelin track and a trailer that seemed to be trying to position the film in the same market as urban fantasy romances like Twilight. Again, that seems a mistake. This film, like the original Star Wars, appeals to Sci-Fi fans and children. It is a rollicking children’s adventure. It should have been Edgar Rice Burrough’s A Princess Of Mars, and it was, unfortunately many people seemed to missed that.

Why The Lone Ranger failed to achieve the heights of box office success it deserved is not entirely clear. Of course, on both films the massive cost of production requires an equally massive attendance to be called a success. When the stakes are so high, external fluctuations in mood or economy could mean failure. John Carter’s production costs were $200,000,000 it had a $100,000,000 advertising budget. It made about $284,000,000 at the box office. Selling two hundred and eighty four million dollars worth of tickets is only a failure when you have spent three hundred million. The Lone Ranger had a similar massive production and marketing budget, and has to date only made around $175,000,000 (though it is still on some screens in Australia, and Europe and has only just opened in the UK.)

As with John Carter, there were reviews before the film came out. Negative reviews. Because it is much easier to write a negative review of something you haven’t seen than a positive review.

Johnny Depp has said, “I think the reviews were written seven to eight months before we released the film. The critics had expectations that it must be a blockbuster. I don’t have any expectations of that. I never do.”

And producer Jerry Bruckheimer has said “I think they were reviewing the budget, not reviewing the movie. It’s unfortunate, because the movie is a terrific movie, it’s a great epic film, it has a lot of humour. It’s one of those movies that whatever the critics missed in it this time, they’ll review it in a few years and see that they made a mistake.” I completely agree.

Some commentators have trotted Transformers as an example of a similar film which critics panned, that was a success nevertheless. It’s a spurious example, viewers going to see Transformers are going purely for the spectacle. They already know the story has very little to offer.

Today negative sentiment can spread rapidly through the internet, especially with every hack trying to write an article before something is even released, in order to capitalize on search engine hits. In times of tight budgets and little time, when a film goer’s choice is often either/or but not both, such unfair sentiment, repeated endlessly across the internet can indeed cause poor box office. 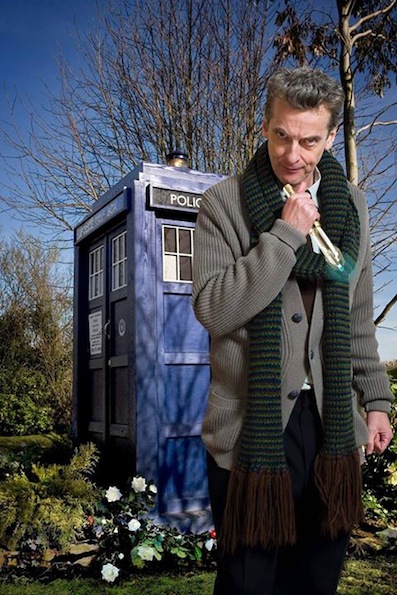 This is why the Doctor Who team are so careful to prepare viewers and fans by announcing important changes and preparing their audience long before the change occurs. There was a negative backlash when Matt Smith replaced David Tennant. When Peter Davison replaced Tom Baker, and with every following transition, there was a loss in the number of fans. Fans love Sylvester Mccoy’s eccentric shenanigans as the Doctor now, but when he took over from Colin Baker, the fan reaction was so negative it saw the demise of the original series. Some fans have complained about the lack of surprise in Matt Smith’s transition to Peter Capaldi. Let’s instead call it a managed reveal, like a magician’s misdirection so the real magic, the real surprises of the story can wow us on the show. The Doctor Who team are very savvy about diffusing the possibility of negative sentiment by stimulating debate before negativity can take hold.

If only Disney’s marketers could learn some of the same tricks. But it’s difficult to manage negativity when internet pundits clamouring after clicks are mauling the bones of your princess, or pooring scorn on your classic Western hero, before they are even given a showing. Here we believe in the Fair Go. So please, internet crickets, we know you want your clicks, but give these movies a fair go and actually see them before you comment, you never know, you might actually enjoy them.