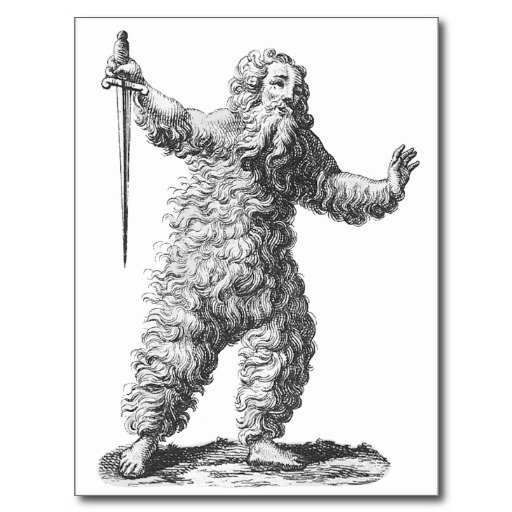 They will forgive Richard III for murdering scholars, nephews and other assorted relatives, because he was maligned by Shakespeare, and therefore the historical record was inaccurate,  but won’t forgive Henry VIII for murdering his wives. They will forgive Bloody Mary’s Counter-Reformation, and her wont to burn Protestants. Doubtless she kept a stack of them by the fireplace for those chilly nights in Whitehall Palace. “Varlet, by my faith there is a chill upon the aire, throwest thou another Protestant upon the fyre.”

They will debate the lack of merit of every historical novelist from Nora Lofts to Philippa Gregory, while secretly enjoying them. Don’t even mention Hilary Mantel. Daggers will be drawn. They love crotchety avuncular Professor David Starkey, they want to either marry or be Dr Suzannah Lipscomb.

Make no mistake, they do not care about the lives of peasants, scholars, monks or reformists, unless they were briefly attendant on court before having their toes roasted or their heads chopped off.

About the only thing historical nerds agree on, is their dislike of these songs.

No.5 The Monster Mash

This is a 1962 novelty song by Bobby “Boris” Pickett and the Crypt Kickers.
Historical nerds don’t like it because it is corny and filled with historically non-existent personages. They prefer real historical personages, like Jacquetta Of Luxembourg, descended from the Melusine, a mermaid-like creature of lakes and rivers, Jacquetta’s witch-crafting toppled kings, altering the entire course of history. Or William Brereton, Jesuit and assassin who plotted to kill Ann Boleyn, and must have travelled at least 7 years back in time to do so. Thanks historical advisors. Your attention to detail is about as historically accurate as the Monster Mash.
Below Nerdsman Pictures have presented for your delectation a Lego rendition of Bobby Pickett’s much maligned melody.

From 1979, by Elvis Costello and The Attractions. A somewhat controversial song about governments using poor working class lads to fight their wars. Some musicologists have theorised the Oliver’s Army of the title refers to Oliver Cromwell’s New Model Army, the predecessor of the modern British Army. While this may have some appeal to English Civil War fans, with no historical reference in the lyrics, that’s pulling a bit of a long bow. Actually the longbow was a decisive factor in the much earlier medieval wars against the French, by Oliver Cromwell’s time it was largely superseded by more effective firearms. Other than both being notorious villains involved in the power struggles and causing all sorts of mayhem in their respective times, Thomas Cromwell and Oliver Cromwell are not related. One was the cunning advisor, spymaster, manipulator and powerbroker at the heart of Henry VIII’s court in the mid 16th century, the other was the leader of the anti-Royalist Republican Roundheads, in the mid 17th century, who, some while after defeating the Royalists, declared himself Emperor. So much for humble and democratic Puritan Republicans. Mix them up and historical nerds will hunt you down with longbow or arquebus, depending on their bent.
Others have speculated it refers to Oliver Lyttelton, President Of The Board of Trade under Churchill during the early years of WWII. Anyone not conscripted into the military because they had critically required trade skills were deemed to be in ‘Oliver’s Army’. This however, rather contradicts the anti-war, anti-occupation subject of the song. Somewhat surprisingly, Elvis Costello does not seem to have clarified the exact origin of the eponymous Oliver.

The traditional medieval folk tune, by prolific composer, Anonymous, in which a swain doth complain of his love unrequited, and all the things he doth do for her love, but he be not getting any satisfaction. In Australia and the UK, years of being played by mobile ice-cream purveyors results in a Pavlovian response from anyone who grew up in the suburbs.

The twenty verses are often ascribed to Henry VIII, however there is no evidence of this. No evidence, no turducken, as the saying goes. To parajingle;

What facts are these that thou has claimed,
Lacking evidence substantially?
That I shall debate oh so long,
Until I prove my triumphery?

Here it is presented by The International Artists program Crescendo, with facts, and played masterfully on harp by Masterharper, Harper Tasche

No.2 I’m Henery The Eighth I Am

An English music hall song from 1910 by Fred Murray and R P Weston, popularized  by Joe Brown and Herman’s Hermits in the early 1960s. Having nothing whatever to do with Henry VIII, except the homonymity of the name and the dubious connection that Henry was indeed sometimes spelled ‘Henery’ in medieval times (when, even historical nerds must admit, spelling was rather lackadaisical), this Henery is the 8th because he is the 8th husband of a widow, who, presumably to save changing the monogrammed towels and so forth, insists on only marrying Henerys.
Possibly it is the common Cockney accent through which the song is often nasaled, penetrating the ears of our mannered medievalists bringing an image of braces, singlets, knotted handkerchief hats and gap toothed churls into their refined but barbarous milieu of ermine, nosegays, lutes and beheading that offends them so. Historical nerds really hate this song, preferring those that speak down, rather than through, the nose.

No.1 Duke Of Earl

Duke Of Earl is a 1962 American Doo-Wop hit by Gene Chandler. Duke Of Earl, I call thee nemesis! History buffs just hate it. It has a monotony that grates on the delicate ear, but even more so it deharmonizes the very understanding of reality. There can be no Duke of Earl. You can be one. You can be the other. You can even be both. But you cannot be one of the other. The offending lyric was even derived out of nonsense. It originated as a warm up exercise for Gene Chandler’s previous band, the Dukays. Gene would sing Du du du du kay, and one day added the first name of fellow band member, Earl Edwards. Du du du du kay earl became Duke Of Earl. With writing partner Bernice Williams they turned it into a snappy little doo-wop number about a guy who was so cool he was preposterous. History nerds find it unreconcilable. It enrages them. I have printed the lyrics below, because if a true history nerd inadvertently listens to the song, their head is likely to explode. The song is below, periculo tuo spectare!

As I-I walk through this world
Nothing can stop The Duke of Earl
And-a you, you are my girl
And no one can hurt you, oh no