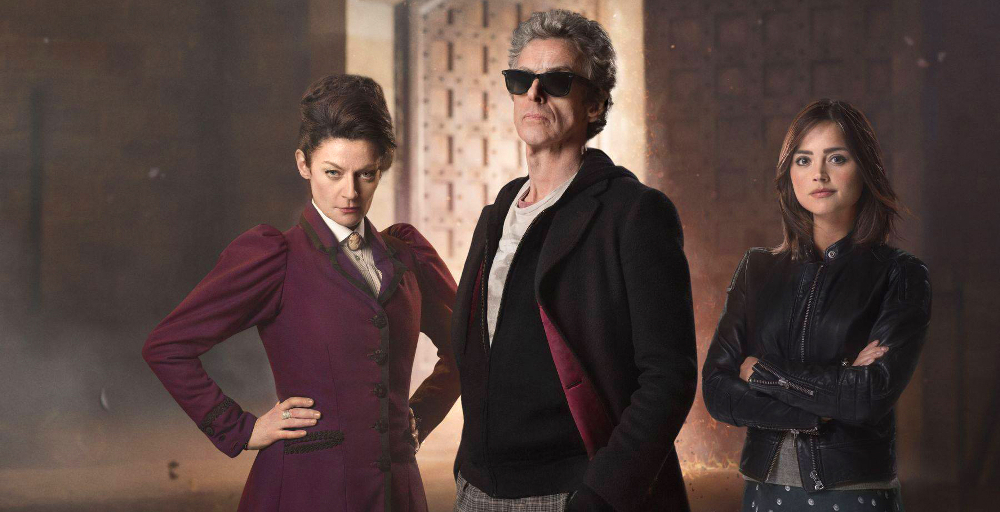 Let’s stretch believability to its very extremities. The combination of Steven Moffat’s typically ambitious retcon and Hettie MacDonald’s superb space-opera cinematography made The Magician’s Apprentice a fantastically over-the-top entrance into Series 9. Between the Mos Eisley-style cantina and the Star Wars-y scene transitions in the opening intergalactic search for the Doctor, the ever-popular global disaster bit, the Doctor staging a George Miller-esque entrance that I doubt his predecessors could have pulled off and a stunning reveal of Skaro, Hettie MacDonald absolutely disregarded the sophomore jinx. You’re either going to love or loathe Series 9 opener, but there’s little about it that is lukewarm. 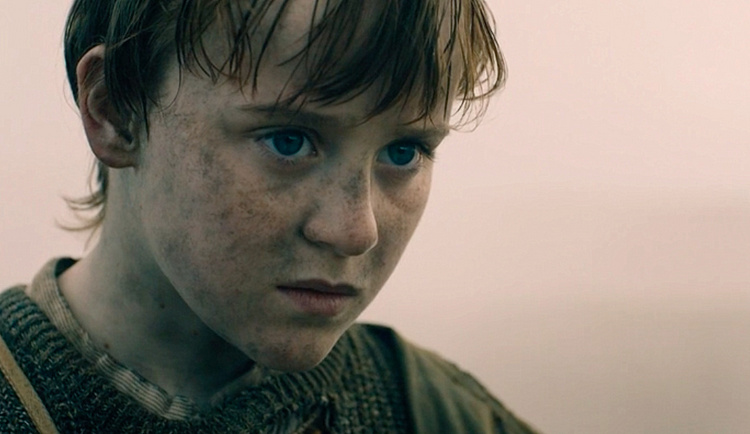 This scene could not have been framed more perfectly. From that desolate, creepy field of ‘hand-mines’, to the wonderfully eerie music, to the pitiable eyes of the terrified child and the Doctor’s dawning horror of the decision he is facing, discovering the child Davros in the opening of the episode was sure to shock. 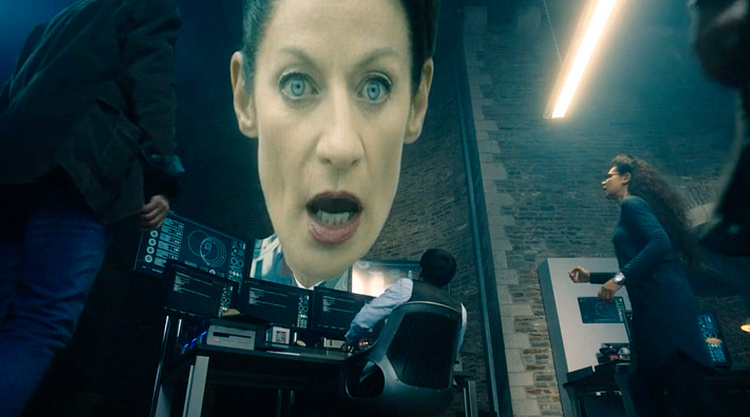 Missy is back and bigger than Ben Hur, causing global disruptions by freezing aeroplanes, scaring the pants off U.N.I.T. with her giant head and casually murdering innocent U.N.I.T. officers while we almost don’t notice because she is so charming. 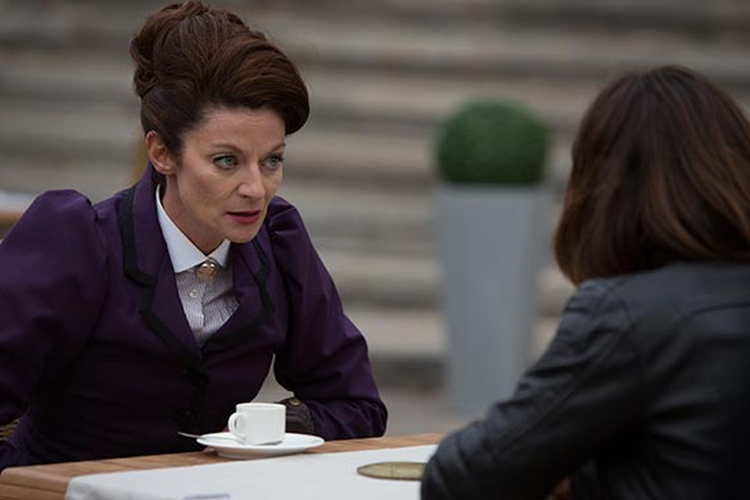 Don’t be disgusting. We’re Time Lords, not animals. Try, nano-brain, to rise above the reproductive frenzy of your noisy little food chain, and contemplate friendship. Friendship older than your civilisation…infinitely more complex.

This was such a faultless explanation for the complicated relationship between two Time Lords, and Missy was the perfect character to deliver it with stunning contempt for humanity. It also rather encompassed the dislike many fans have for the forced kind of ‘explanations’ of friendships and relationships in Doctor Who and the tiresome assumptions of romance that are continually addressed. 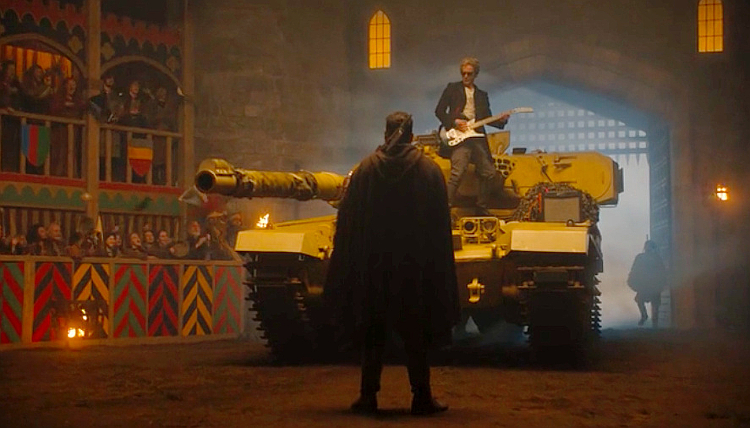 I really can’t imagine any of the New Who Doctors doing this quite so effortlessly (and yes that was Peter Capaldi playing). Everything from the over-the-top entrance, to the Doctor’s Dad-jokes, the medieval crowd shouting dude, the cheeky Pretty Woman serenade and Missy’s outlandish antics spelled fun until Colony Sarff arrived.

It Survived the Time War 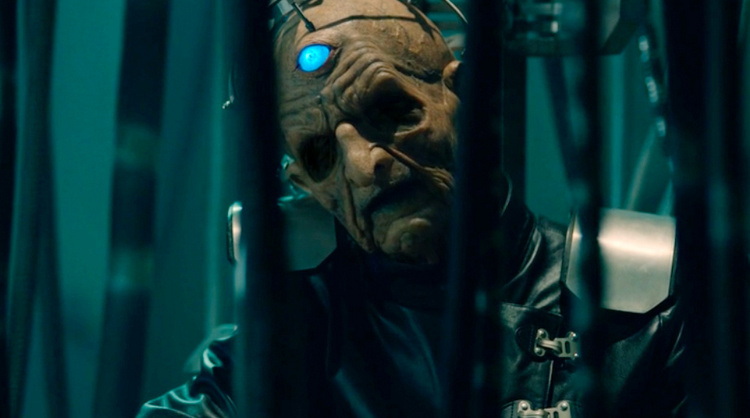 The Doctor and Davros coming face-to-face was understated and powerful, and these scenes contained much of the best dialogue in the episode. The previous Doctor ‘cameos’ and Tom Baker’s speech was especially poignant:

If someone who knew the future pointed out a child to you, and told you that that child would grow up totally evil, to be a ruthless dictator who would destroy millions of lives, could you then kill that child? 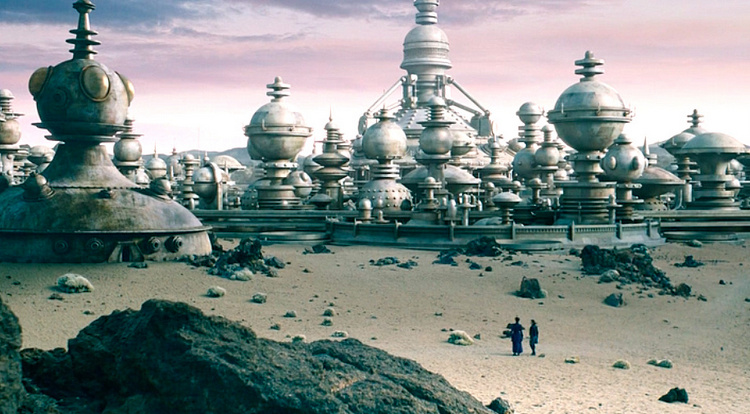 This scene was significant in many ways, but Missy’s palpable fear showed another side of her. The long friendship between Missy and the Doctor was implied throughout the episode, with Clara showing hints of jealousy that it was Missy, and not she, who was the Doctor’s oldest friend. But seeing the usually unflappable Missy gazing with horror upon Skaro really drives home the fact that none of the Doctor’s companions will ever really understand many of the things he has endured, and Missy alone shares that painful bond with him. 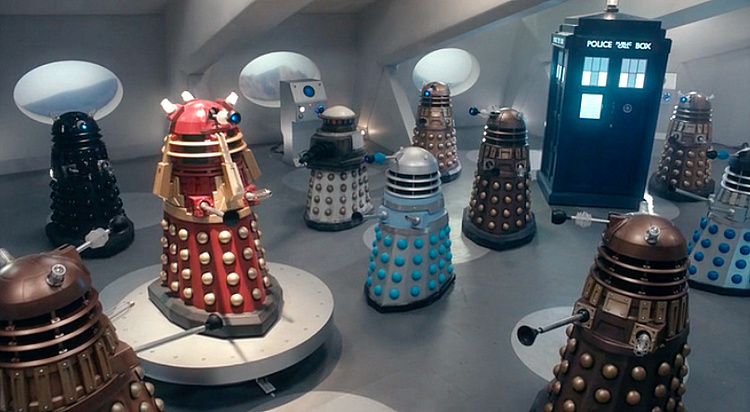 I have a soft spot for Daleks, and I have always enjoyed the episodes in New Who which have shown fragments of humanity in Daleks. We had one of those in Series 8 with Into the Dalek so it was appropriate to see Daleks at their most ruthless, merciless and evil.

See how they play with her. See how they toy. They want her to run. They need her to run. Do you feel their need, Doctor? Their blood is screaming. “Kill! Kill! Kill!” Hunter and prey, held in the ecstasy of crisis. Is this not life at its purest?

The Girl Who Died 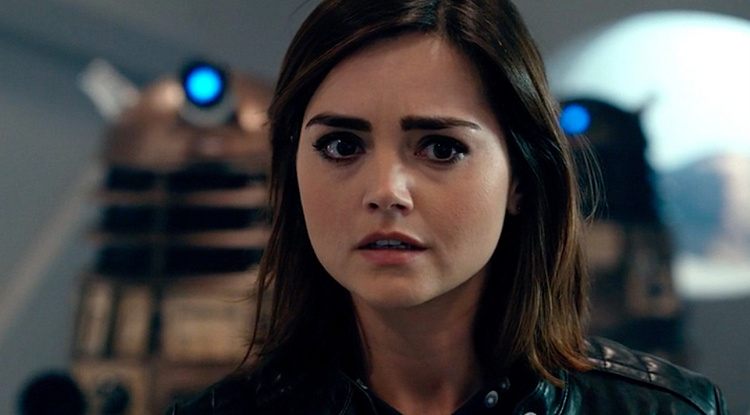 There is (probably) no tricky teleportation this time, both Missy and Clara have been well and truly exterminated by the Daleks. While in Missy’s case ‘Death is for other people, dear’ this is the first time in a long time we have seen the Doctor unable to keep Clara safe from harm and his grief at their deaths was heart-wrenching. 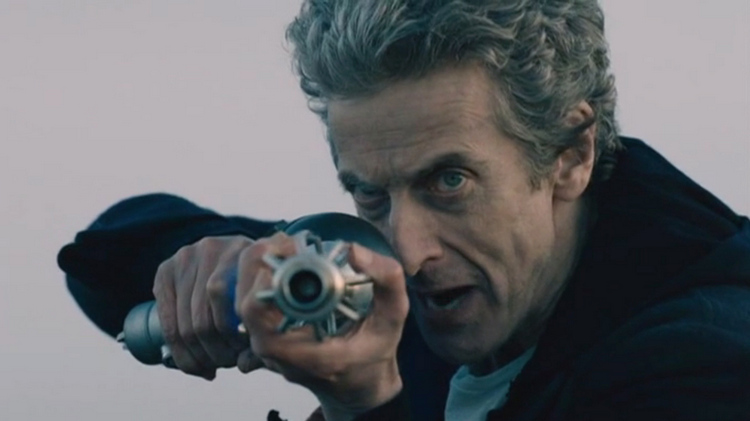 And here we have the age-old question, what would you do if you had the power to change time and right wrongs? To save millions of people from war and death? To save your best friend? The Doctor has reset time to save Clara from death once before. But we know he can’t make a cataclysmic change like wiping out Davros and the Daleks. Just how will the Doctor save Clara?