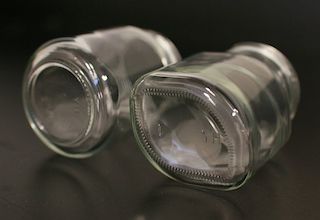 In Australia by the year 2060, it is estimated over 25% of the population will be over 65. In Japan, where young people apparently prefer oculolinctus and other diversions to sex, the problem is even more dire. According to the United Nations, over 40% of Japan’s population will be over 65 by 2060. Further exacerbating the problem, Japan has the healthiest and longest lived population, no doubt due to a diet of rice and sushi instead of the Occidental penchant for grain fattened proteins dipped in high fructose and deep fried in lard.

In Australia ghoulish government actuaries have responded to the age crisis by crunching the numbers on how to make sure more people die before they become an economic burden, by cutting health services and increasing the pension age from 65 to 70. The work’em until they drop approach has corporate types clicking their heels in glee.

In Japan they have taken an altogether more practical approach, developing robotic prosthetics to assist in aged care, such as Cyberdyne Corporation’s HAL. Rather unfortunately sharing an acronym with the mad killer computer HAL from 2001: A Space Odyssey, and their company name with Cyberdyne Systems who developed the megalomaniac Skynet AI that launched an apocalyptic war against humankind and eventually developed the T series of killer cyborgs in the Terminator movies. While it’s very amusing to borrow your corporate identity from Sci Fi, and their heart is in the right place (and not made of teflon – yet) best to check the plot lines first.

Japanese scientist have also developed a new jam jar, as the loss of muscle mass and bone strength that accompanies aging makes opening a jar of jam, or a jar of teriyaki saba shioyaki (grilled mackeral in soy sauce) a task that is daunting to aged fingers. The rhombus shaped jar, developed by a team led by Professor Naruko Hashida, at the College of Engineering and Design, Shibaura Institute of Technology, in conjunction with Hakuyo Glass, who previously mostly manufactured jars and bottles in the familiar cylindrical format, is easier for the weak, the elderly, the young, the uncoordinated, and can even easily be operated by robots who only have that claw-like gripper.

Professor Hashida and her team first tested a range of conventional round and faceted jars on subjects, evaluating the ease of opening and the ease of grip. Then using an electromyograph and clay shapes studied muscle movement and how force is applied when opening and closing a jar, eventually discovering that the parallelogram provided superior holdability and leverage. The rhombus is also a stronger shape, if perhaps not as aesthetically pleasing.

An unforeseen advantage of the new parallelojar is that when packed in cartons, there will be less wasted space than the traditional round jars, tsukudani companies will be able to transport greater quantities in the same volume, saving millions in transport costs. The new jar is also less likely to roll out of reach during earthquakes, tsunamis and Godzilla attacks.

Old folks will be rejoicing at the ease with which they can now make jam and mackeral sandwiches. Getting at the last bit of goo in the corner of the jar may now be an issue, but it is a small price to pay to forestall a robot apocalypse.