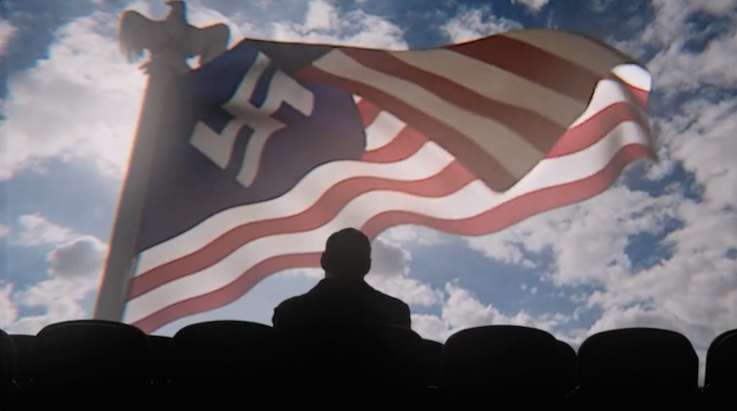 Recently in conjunction with Ridley Scott and the Electric Shepherd Company Amazon’s TV and film production arm Amazon Studios produced a pilot based on Philip K Dick’s 1962 Hugo Award Winning novel, The Man In The High Castle, which explores an alternate reality in which the Axis Powers, Germany and Japan, not only won WWII, but divided up America and the rest of the world between them.

The pilot was shown as part of Amazon Prime’s Pilot Season, in which viewers were asked to view, comment and vote on a range of pilots. The Man In The High Castle proved to be the most compelling production Amazon Prime has delivered so far.

“During the latest pilot season, Amazon customers made The Man In The High Castle our most watched pilot ever,” said Roy Price, President of Amazon Studios.

You can read an in-depth look at the program, and find links to see the show for yourself, in our previous article.

Despite some differences to Philip K Dick’s masterpiece, it was an intense, compelling and intriguing vision; the America of the 1960s, under Japan and Germany, was beautifully realized. Performances from Rufus Sewell, Alexa Davalos, Luke Kleintank, Rupert Evans, Cary-Hiroyuki Tagawa and the rest of cast captured the tension of post-war occupation, and the script by Frank Spotnitz, who worked on The X-Files, and is also an executive producer, realized the vision of the original, while adapting a difficult text to suit a modern audience.

With the advice of Isa Dick Hackett, executive producing for Electric Shepherd, who will hopefully keep the program’s direction in line with her father’s original vision, we are sure the ongoing series will be brilliant.