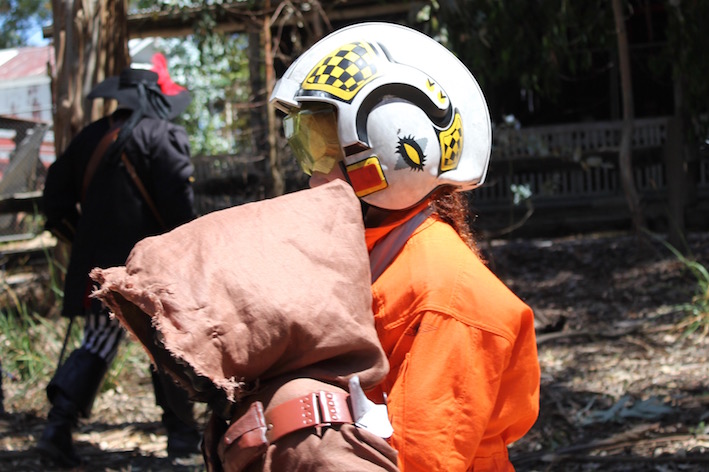 Knights In Sneakers And Other Fun Anachronisms At Coal Creek Geekfest

Geekfest is above all a celebration by the imaginative of the imaginary, so what better place to share a passion for all forms of fantasy, from fiction, historical re-creation, live action role play, cosplay, history, role playing games and history than in the artificial but peculiarly charming simulated 19th century mining village that is the Coal Creek Historical Park?

The entertaining crew from Madman kind of phoned it in this year, with an empty room and a big screen hooked up to a laptop streaming their AnimeLab streaming service. A nice spot to sit in the air-conditioning on a warm day and have an ice-cream and watch some classic Sailor Moon and demented, depressed super hero One Punch Man, who fought a giant lobster in Y-fronts, leading to the inevitable speculation as to what would happen if the miserable eponymous hero punched himself? Of course we brought lots of money to buy Studio Ghibli DVDs, but Madman seems to have punched themselves in the face on this one.

The only other sour note was hint of Geekish cliquery when a young Steam Punkette referred to us as Morlocks. For the uninitiated, Steampunk is a genre inspired by a 19th century aesthetic, and usually extrapolates a fantasy sci-fi world where steam and other early technologies evolved instead of the electronics that have defined our modern era. Morlocks are a savage degenerate subterranean species of humans from H G Wells’ The Time Machine, one of the pillars of both SF and its Steampunk sub-genre. To refer to someone as a Morlock, I assume is an insult aimed at people that don’t form part of your sub-cultural clique, as they don’t dress in fantasy costume from an alternate future based on a re-imagined past.

Dear Miss Steamed, I can assure you that having read most of the works of Jules Verne, H G Wells, Arthur Conan Doyle and even John Sladek some thirty years before you were born, I qualify as a time traveller extraordinaire. Futhermore, a red checked Western shirt, a Pac Man T shirt, blue jeans and a vintage Dunn & Co Homburg (that’s a hat), constitutes an almost perfect contemporary disguise for any time traveller, and much superior to your flimsy synthetic reproduction.

Otherwise there were terrific displays of martial skills from the Live Action Role Players, fascinating talks from art director and sculptor Craig Fison, and animator Shaun Freeman, James Graewolf on Steampunk, some kids taught us about the interactive virtual world of Minecraft, where I literally went hog wild, creating hundreds and hundreds of square digital pigs that I’m sure are still roaming the fields and mines of virtual reality. Elegant Regency & Victorian Dancers, Cosplayers, Role Playing Games, Miniature Painting, Star Wars, Steampunks, designers and makers, including Fyodor Krasniy, whose work you can find at Madness & Tea, Eric Forrest, whose steam driven or alcohol burning devices, glowing mechanical shell jewellery and other miracles of strange device you can find at Mad Science At Work, fantasy authors, publishers, fried spiral potato on a stick and a whole lot more. We were happy as Morlocks at an Eloi party. Here’s the photos. 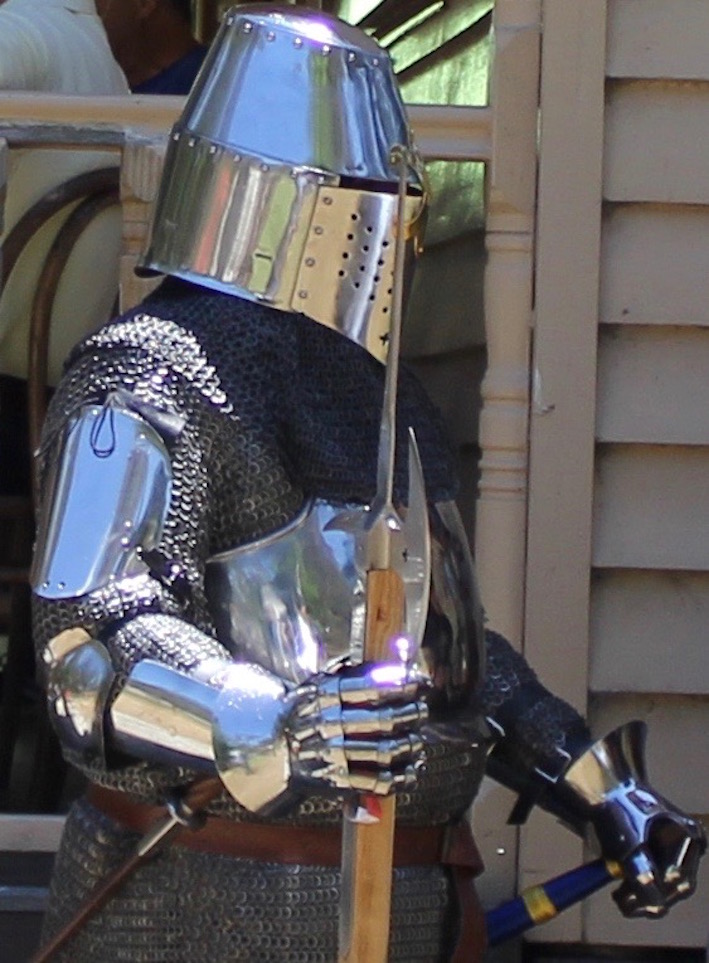