Richard Scarry’s Naughty Bunny is a children’s book, published by Golden Press, Sydney, in 1974, by arrangement with Western Publishing Company. It seems an innocent tale of a cute but naughty bunny. Make no mistake, at work here is a hidden political agenda, responsible for influencing and corrupting the minds and perspectives of a generation of children. If you have ever asked yourself why children who grew up in the 70s are bizarre, crazed and sinister, why the hallmark of the age is a revolution against common sense, this is why. 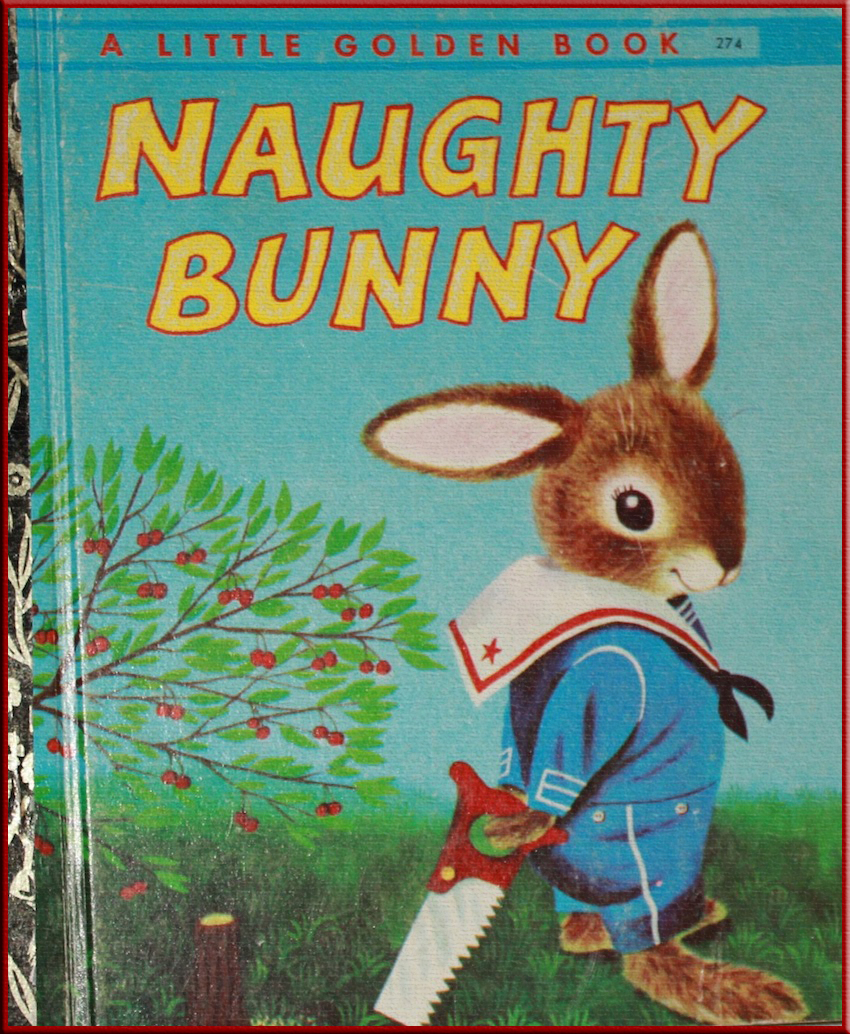 Never judge a book by its cover, but in this case do. The agenda is clear from the outset. Here we see Little Bunny. Like American Rvolutionary General, George Washington, he has just cut down the cherry tree. Little Bunny is no Libertarian Slave Owner, however. Clearly he is wearing a Russian sailor’s uniform, the collar bedecked with Soviet Communist Star insignias. A saboteur disguised by cuteness. The smirk on his face, an expression of unabashed glee at his misdeed. This bunny, unlike Washington, can and will tell a lie to suit his nefarious purpose. 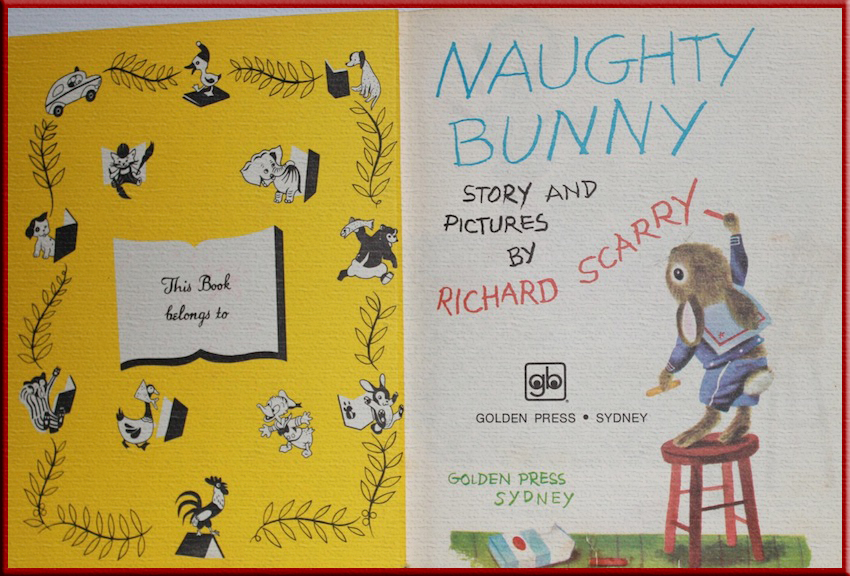 If the wall is the canvas of revolution, and graffiti its art form, clearly, the writing is on the wall, in big, crayony letters. Ears back like a ghetto gangster, Naughty Bunny wields his weapons both handed. 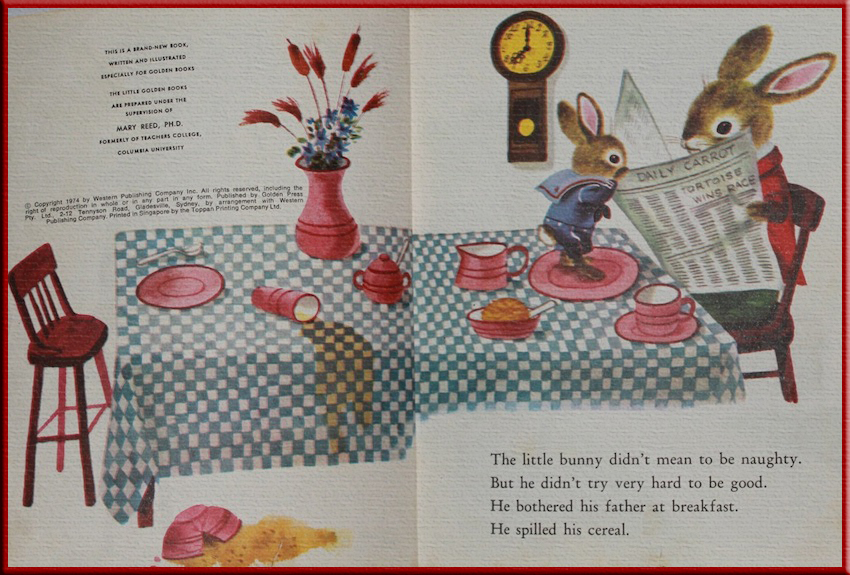 While his father consumes both pap for breakfast and the pap propaganda of the Newspaper, which clearly declares ‘the enemy is winning’, that the race is to the slow, to keep him in fear, Naughty Bunny agitates. He overturns the cereal, he spills the milk. Does he cry over it? No. The time to rise up is now. 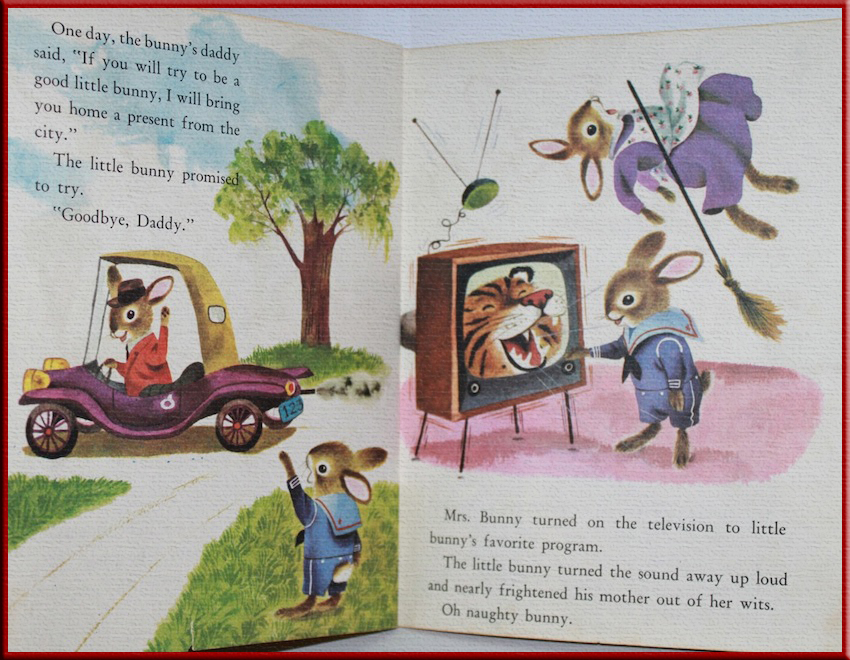 Your bribery holds little savor, Fascist! Cries Naughty Bunny, and gives a mock salute. Inside, he pumps up the volume. Mother, throw down your broom and listen to the tiger roar! 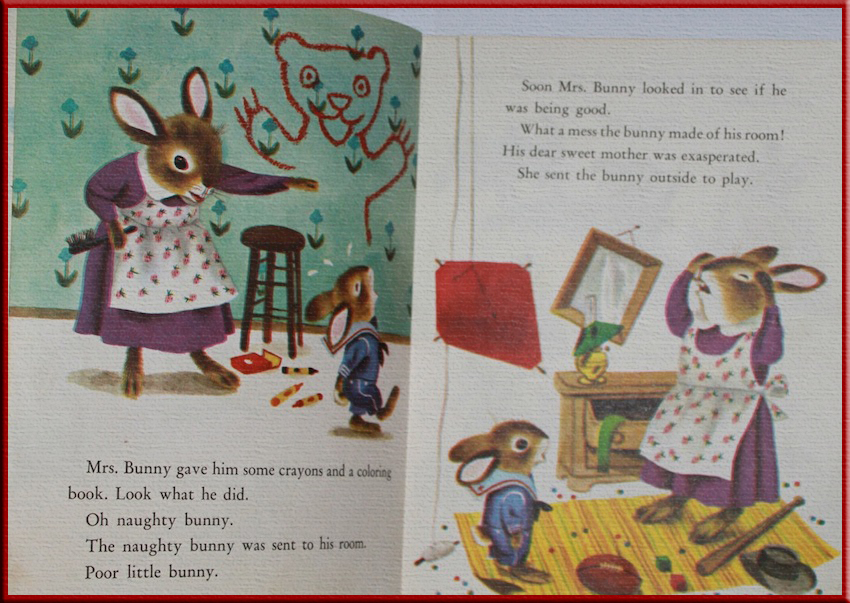 Here Naughty Bunny has drawn the Russian Bear on the wall, and been beaten by his oppressors. Uncowed, he casts the symbols of American Capitalism, the football, the baseball, the cowboy hat, the pollution and waste of the oil lamp, the skewed vanity of mirrors, into disarray, while defiantly flying the red kite of freedom. 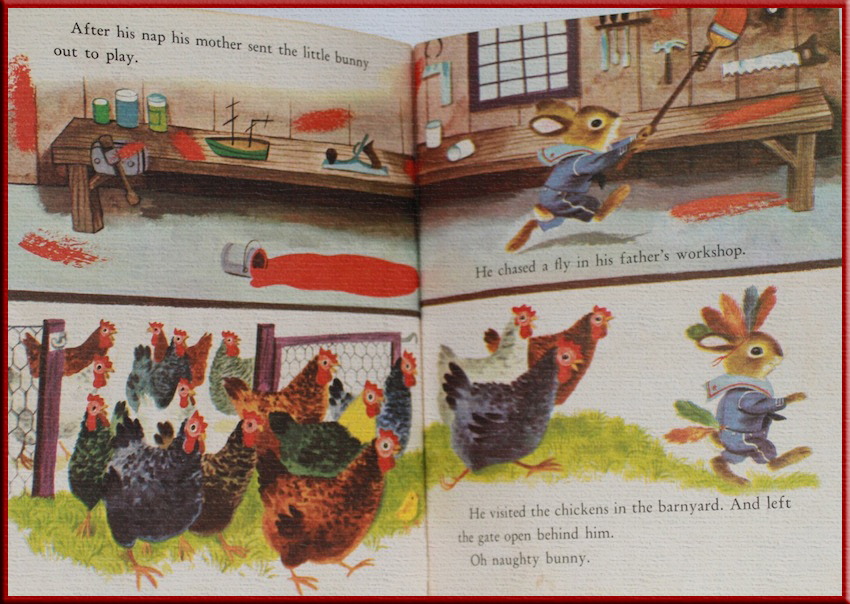 Here is Naughty Bunny, daubing the factory in the red banners of Anarchism and Socialism. Rise up you workers! He cries, and leads the proletariat from forced labour and imprisonment to freedom. Let the egg consuming classes tremble at revolution, we have nothing to lose but our chains! 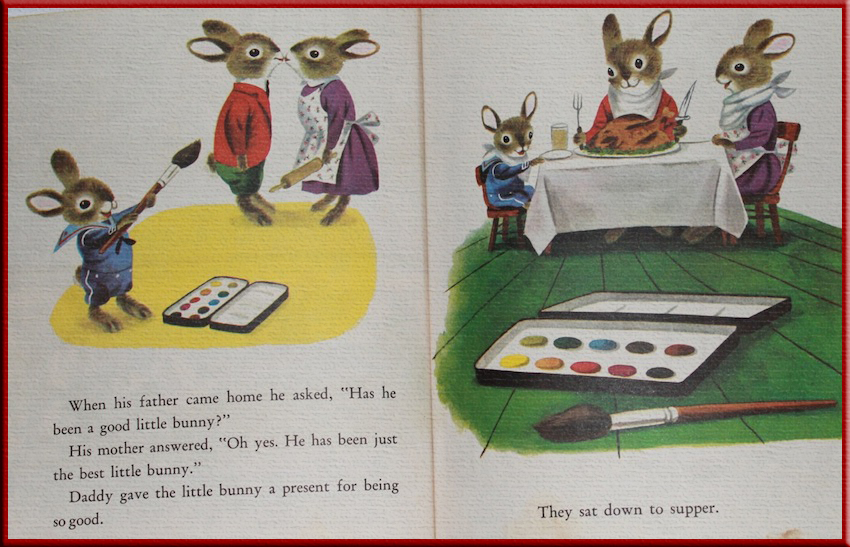 The oppressors have bribed Naughty Bunny with brightly coloured paints. While mother extracts kisses with the threat of a rolling pin, and they sit down, like all Capitalists, to consume the flesh of a slain worker, Naughty Bunny contemplates how to turn the tables. As Pablo Picasso said, Every child is an artist. The problem is how to remain an artist once he grows up. 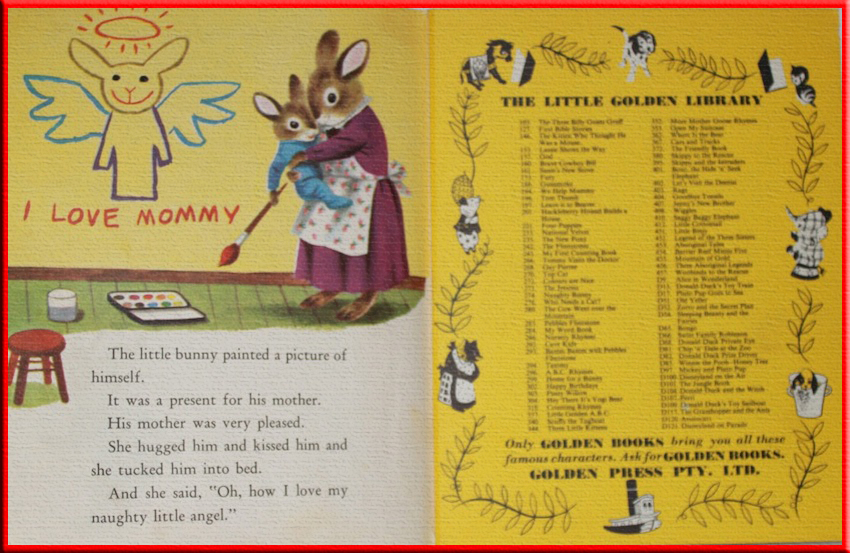