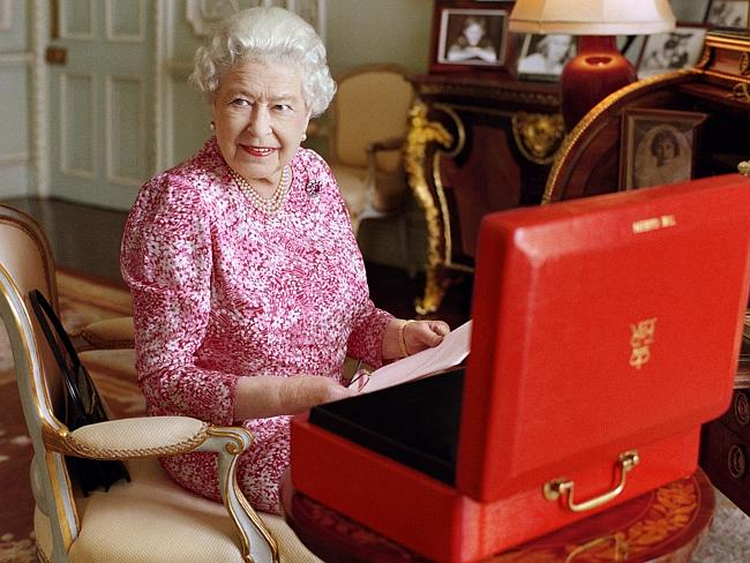 Mary McCartney’s official new portrait of Queen Elizabeth II shows a working queen, sitting at her desk, going through documents in one of her official red dispatch boxes, as she has done almost every day for the last 63 years, with no sign of slowing down any time soon.

Today Queen Elizabeth surpassed Queen Victoria’s reign, having served as a monarch for 63 years and seven months — or according to Buckingham Palace exactly 23,226 days, 16 hours and 23 minutes. Here’s just a few of the portraits commissioned to mark Queen Elizabeth’s historic reign, from the dignified to the downright cheeky. 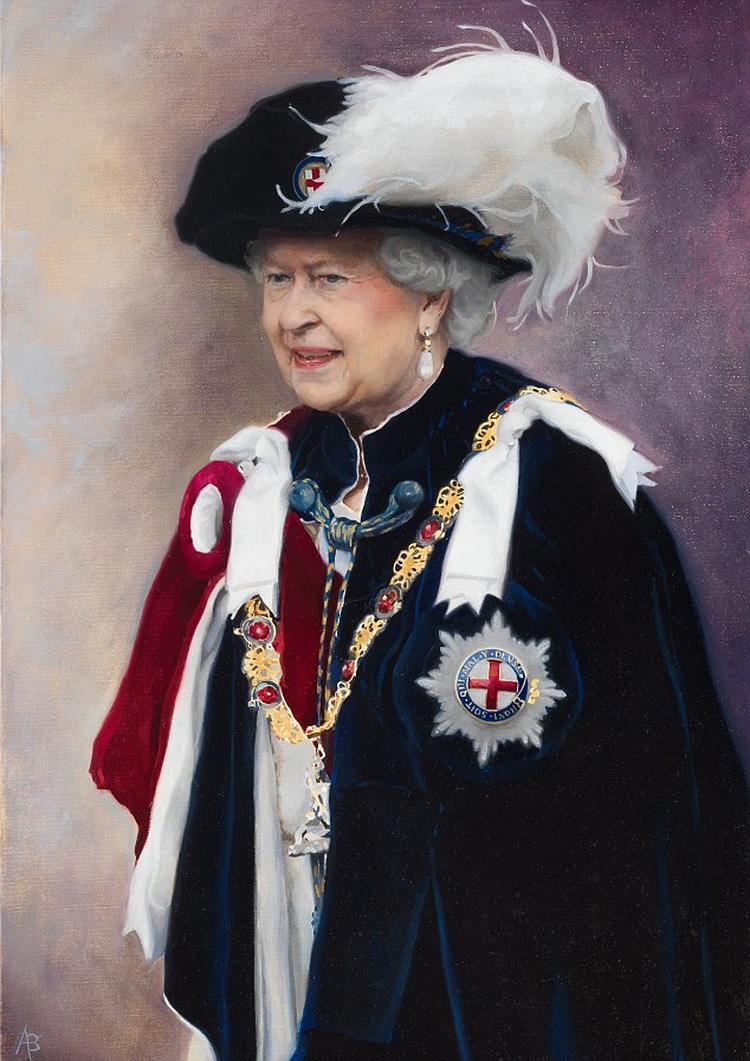 28-year-old Alastair Barford’s portrait, his first-ever commission, was based on 10 minute sketches made by Mr Barford at June’s Garter ceremony in Windsor 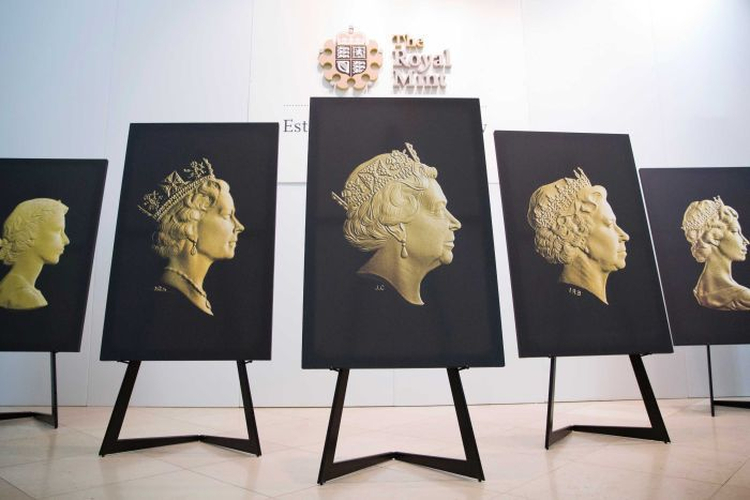 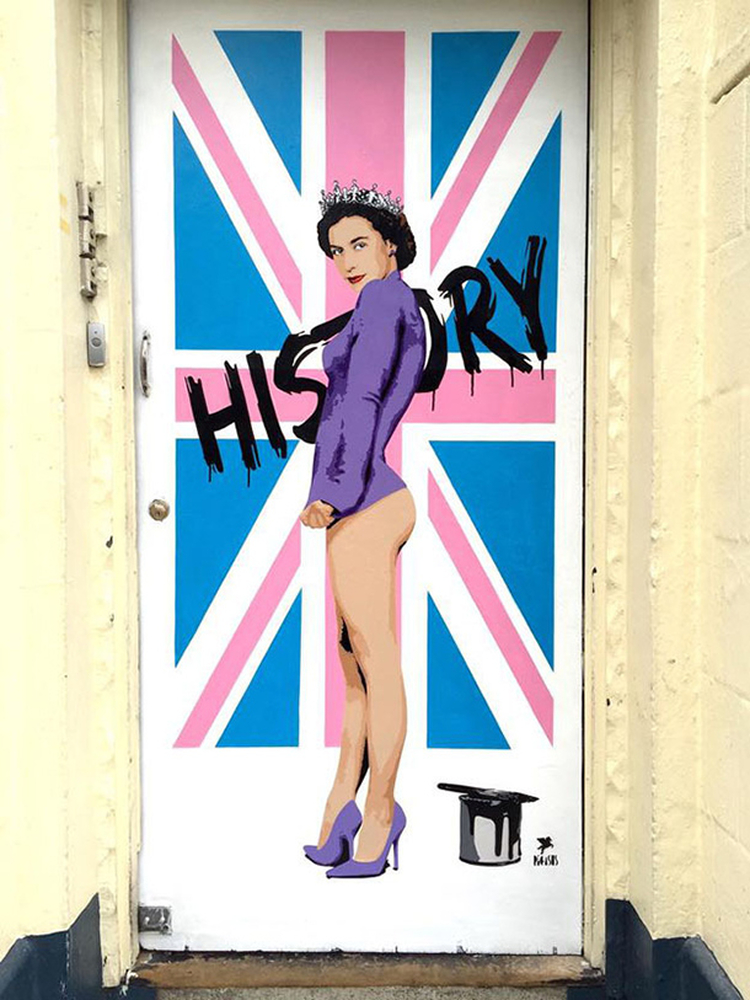 Street artist Pegasus’s tribute raised a few eyebrows. “There is no denying that the queen was stunning when she was young.I wanted to honour that beauty but also portray her in a way that she has never been seen before”, he said, adding that “I am sure there are a few people who think I should be sent to the tower, and they are probably right.” 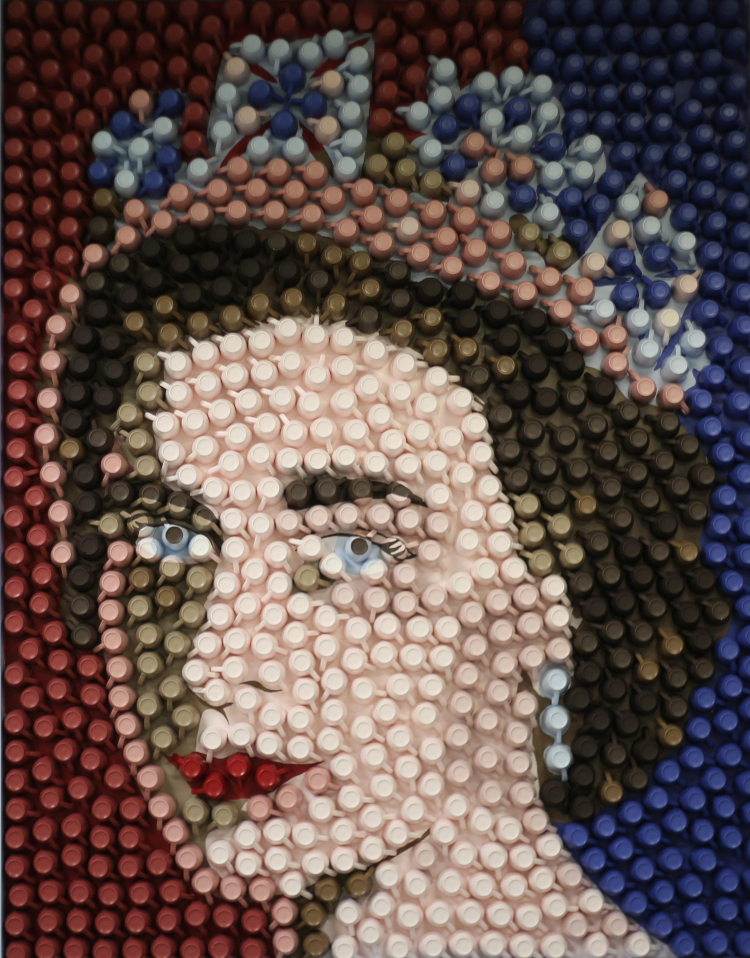 Artist Rebecca Newnham created this with 952 coffee mugs and 20 litres of paint. It took three weeks to make, is over eight feet tall and took eight people to lift 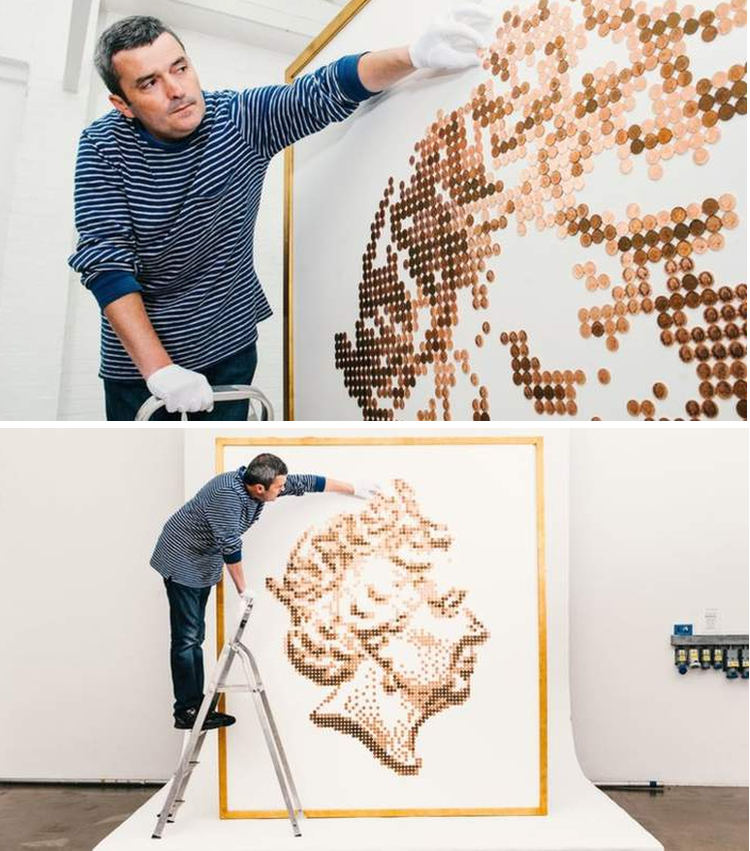